Continuing on with cycling through Canada as part of my trans-American bicycle tour. Today, I cycled from Burns Lake to Vanderhoof.

I was up and ready by nine, but by the time I'd visited tourist information, spoken to some guy called Randy about bicycle trailers, and bought some additional food, it was 10.20 before I left.

After the first couple of hills were out of the way, the going went quickly, aided in part by a tailwind. This area of Canada is not as picturesque as the Cassiar Highway, and the mountains which seemed constantly to be in the distance were long behind me.

The volume of traffic had increased vastly, and the landscape was now dotted with cattle farms. Horses were being seen more and more regularly, as the climate here is obviously different from the parts of Canada that I had just travelled through. 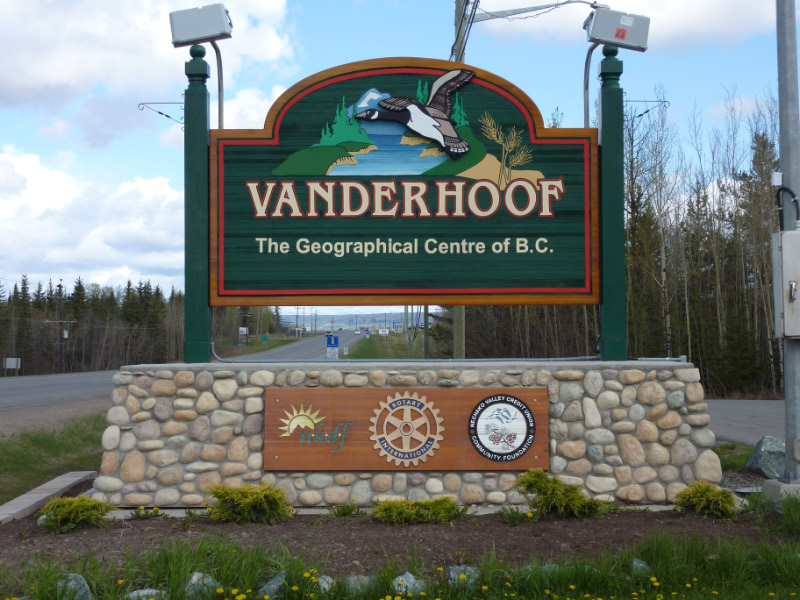 When there were not farms, there were forests, which were farms of a different sort, as each town had a saw mill, and heavily laden trucks ploughed up and down the road with huge loads of logs.

I made Vanderhoof for about sixish, and headed for the Riverside RV park as there seemed nowhere suitable to wild camp before the town.

The sign on the park said that fees would be collected in the evening, so I tucked myself away where it was hard to spot me, and hoped I would be overlooked!!

This bike touring trip took me 18 months from Alaska to Argentina. Continue reading about the journey:

– Dave Briggs
Dave wrote this travel guide about cycling from Burns Lake to Vanderhoof when bikepacking from Alaska to Argentina.