Cycling from Cintalapa in Mexico

I had brunch in a little restaurant that had some interesting looking paintings – I’m not sure if you can pick it all up from the photo or not. 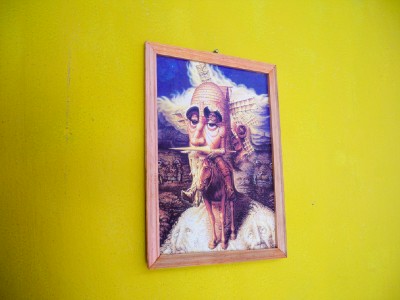 Just outside of Tuxtla Gutierrez, I got a puncture in the front tyre. As I was swapping the inner tube out, I noticed the state of the tyre, and it is quite imperative that I get new ones!

Despite Tuxtla having such wonders as McDonald's, Burger King and KFC, I pushed on to Chiapa de Corza, where after a bit of searching, I found a cheapy room at 130 pesos. I even picked up a WiFi signal from an unsecured network somewhere!

At nine at night,  I noticed my front tyre was flat again which was exactly what I needed !! Oh well, tomorrow would be a new day on the Mexico part of my bike tour. 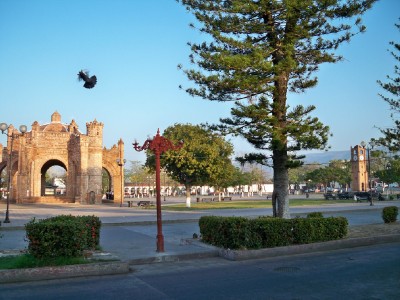