During my last days of cycling in Argentina, I wild camped a number of times. The same can be said of today, and here's my bike touring blog. 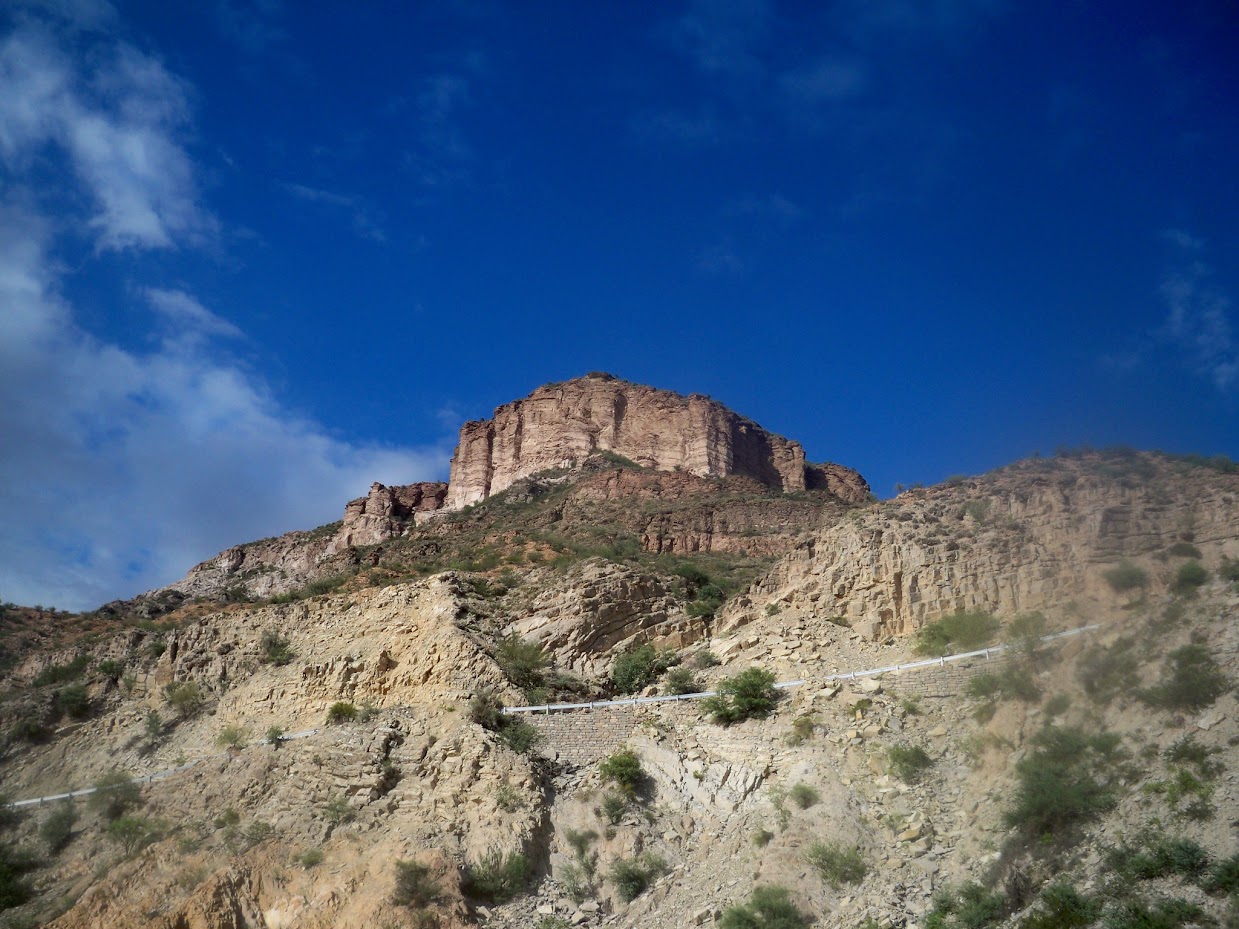 A tough little initial 15 minute climb from my wild camp and up to a look out with views over the valley started the day off. I knew it was only 30 km ish to the next big town, but was still concerned about water.

The heat here is quite deceptive, and I have been taking on board a lot of liquids. Cycling down from the mountains, there was an official campsite on the right, and so I filled up with water from there.

There was no need for me to go into the town of Jachal when I finally reached it, as the service station had free water I could fill back up with, and a kiosk over the road had the basics to restock my supplies. 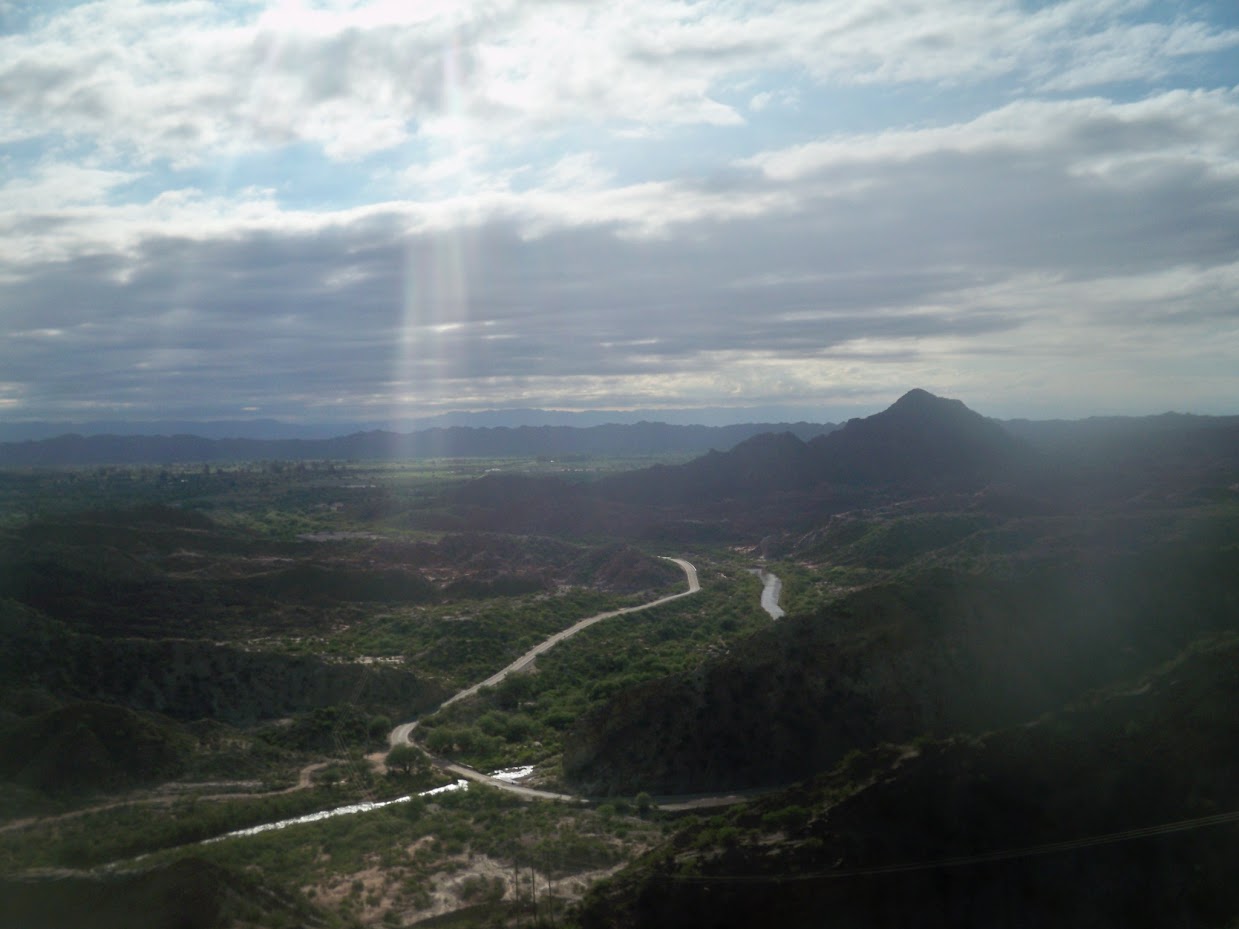 Back on to the Ruta 40, and onto a long stretch of road. 40 kms ish later I stopped at the village of Niquevil, where I ordered a pizza from a little store.

I don’t think I was prepared for the huge mountain of pizza as it came out. I must be losing my powers as I only ate half of it! With the other half wrapped in tin foil, it was carry on time. 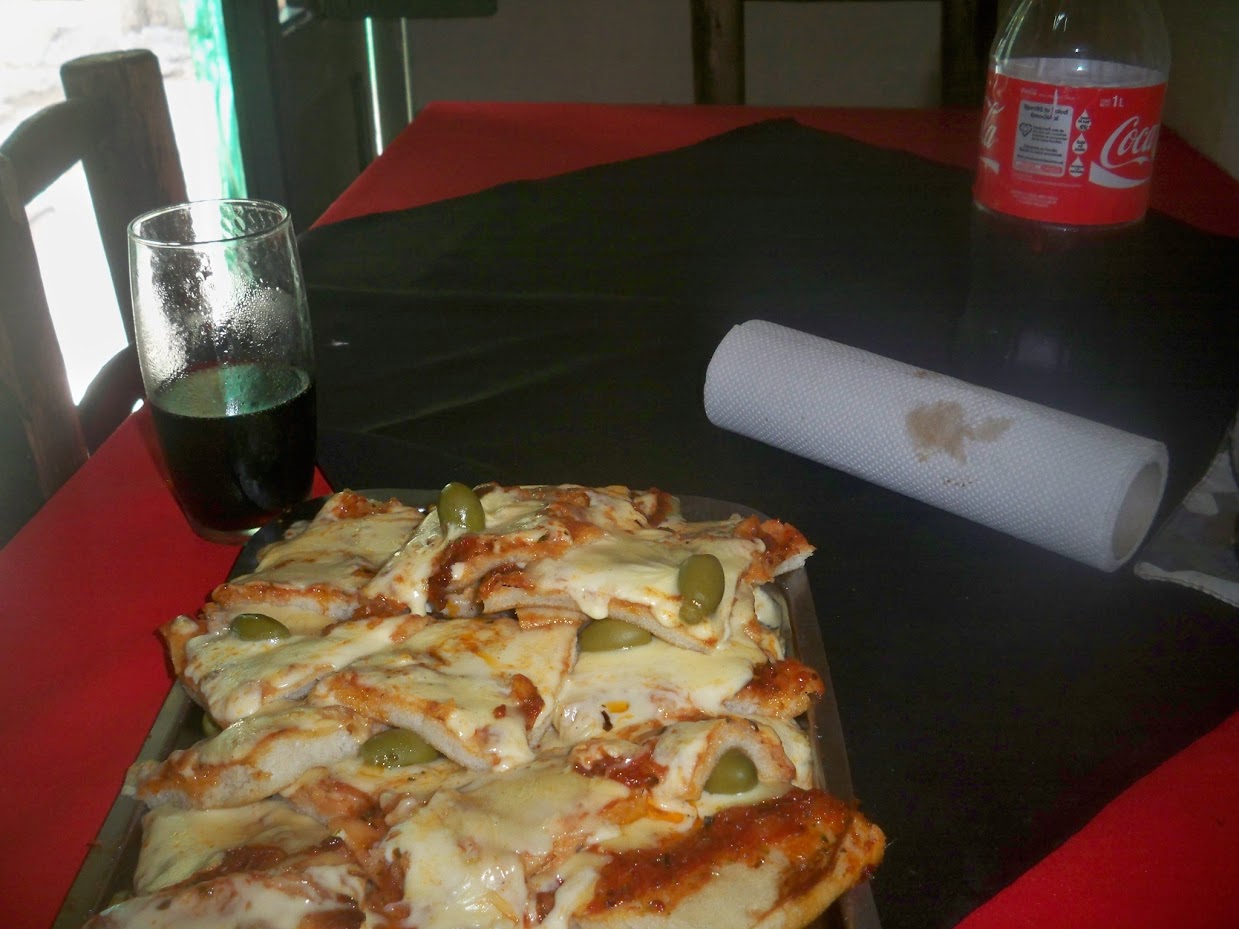 The wind seemed to be slightly with me, which given a long, flat and straight stretch of road was a good thing! I carried on until about 18.00 and then called it a day just past a road side shrine.

There was tonnes of water there which people leave in bottles to keep flowers watered – It also makes a great cyclist impromptu roadside shower!! Behind the shrine, there was some land I could get the bike to, and so it was another night of wild camping.