On this day of my bike tour from Alaska to Argentina, I cycled from Cerro de Pasco to Junin in Peru. Here's my bike touring blog post from the day.

Trying to find my way back out of Cerro de Pasco was not as easy as getting in. 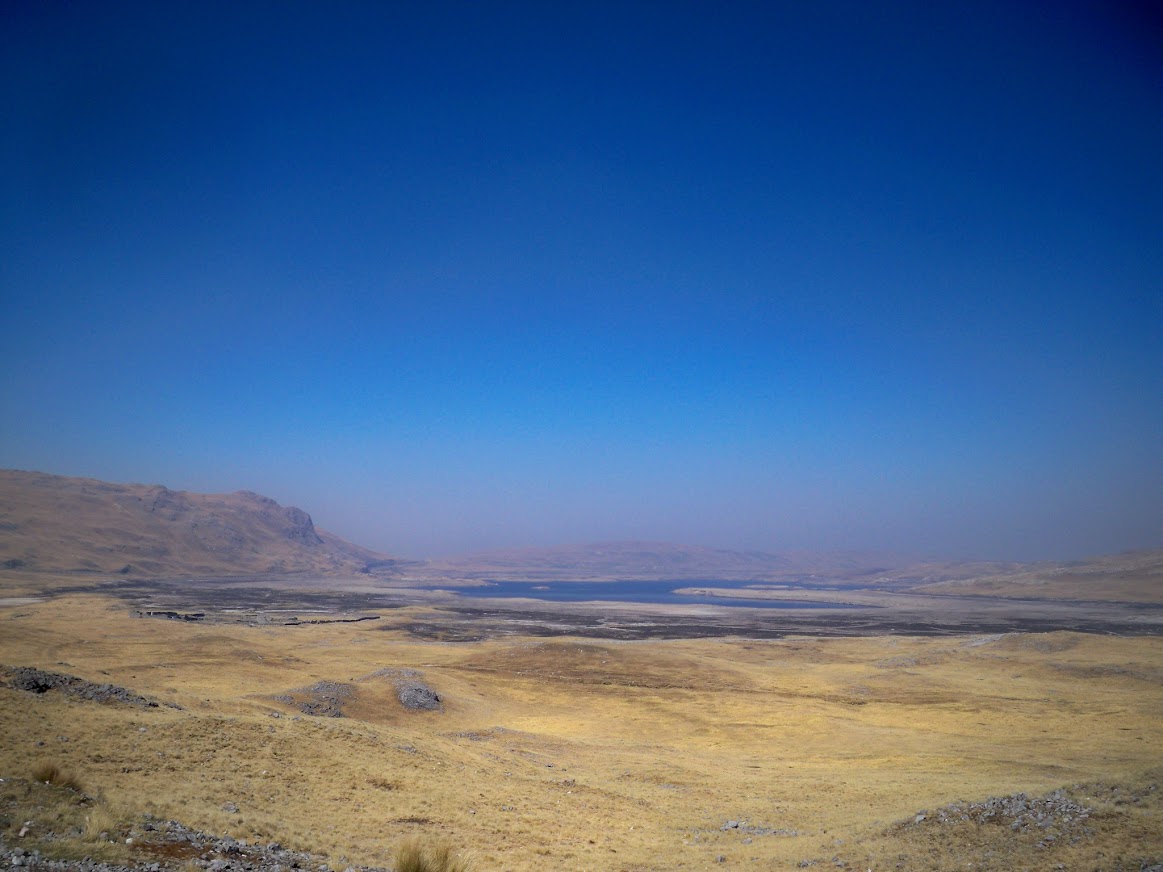 Signposting in central and south American countries is almost non existent, and especially so in the small towns. People are just expected to know where they are going it seems.

I often wonder in situations like this how useful a GPS system would be on a bicycle tour. Certainly, it would be useful in order to document precisely how far and high I cycled through the day, and it would add more information to the website. I think for my next trip, I will definitely take one with me.

Anyhow, after finally finding my way back out, I started cycling towards Junin.

The road was sealed and in good condition all the way, and for the most part it was either slightly downhill or flat. It was cold too, with the sun never really becoming strong enough to warm things up. 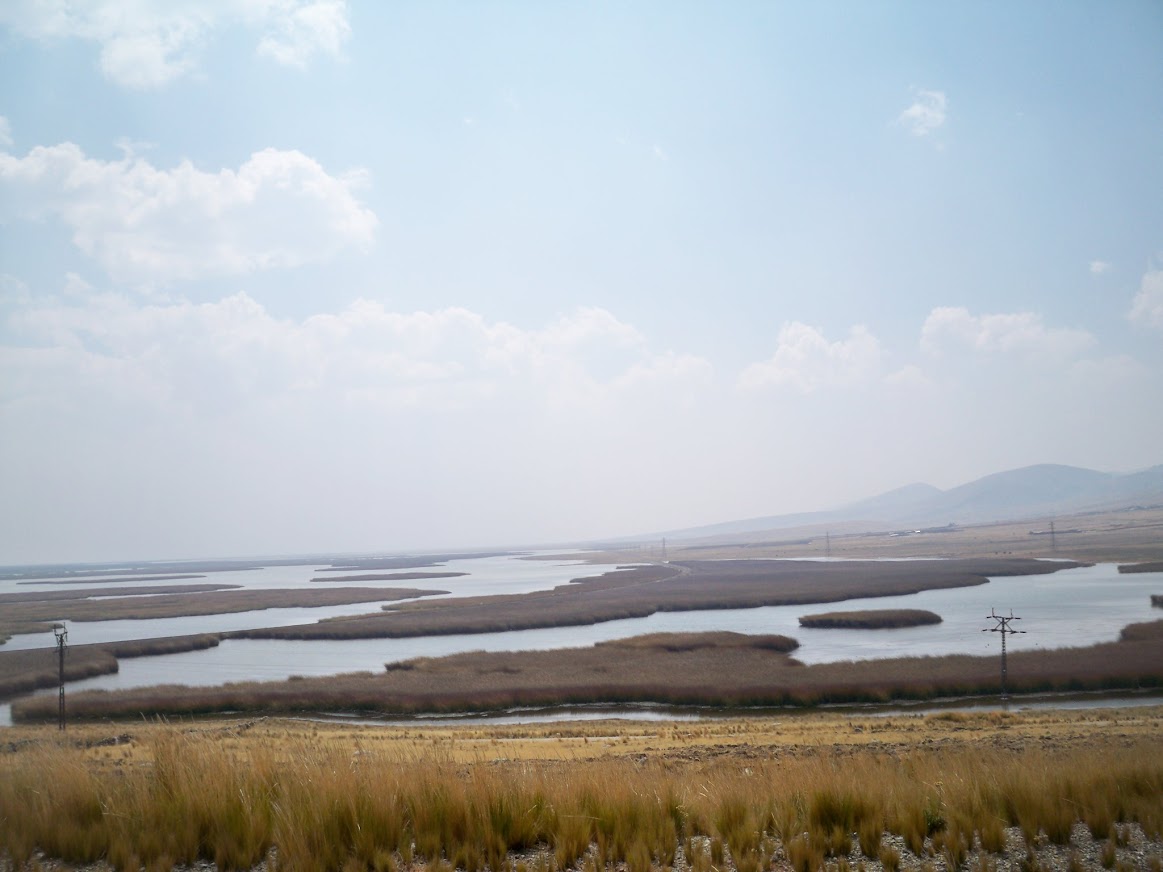 The day's cycling never dips below 4000 metres, and there are seagulls this high up, swooping over the lakes that lay dotted around this huge plateau. Plenty of llamas and sheep in these parts, with the occasional pigs. Come to think of it, I haven’t seen a good piece of bacon for months!

I stopped of for a lunch of Caldo Cordero. There are three types of Caldo in these parts. Caldo Gallino, which is the one with chicken bits in it. Caldo Carbonazi, which has cuy (guinea pig) bits in, and Caldo Cordero, which has sheep bits in it. Warm and filling… just the job! 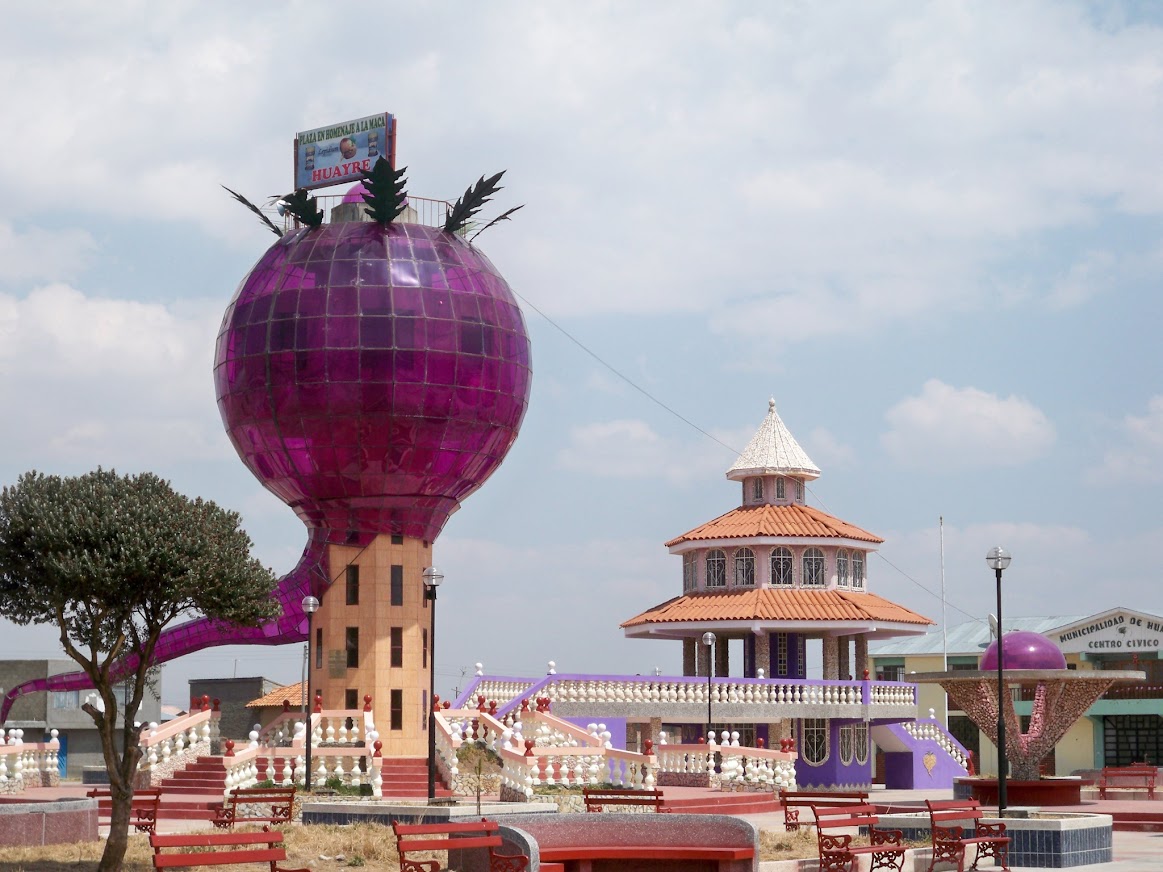 I passed through a tiny settlement with this rally unusual plaza. It reminded me a little of a fairground, and looked futuristic in comparison to the farms in this remote area.

The road towards the end rolled a bit more, but after a relatively easy 72 km, I found myself in the town of Janin, where a room in Hostal Leo on the plaza was just 10 soles.

Chicken and chips yet again for dinner. I wouldn’t eat it if it wasn’t so yum !