When it comes to bike touring navigation, a mix of route planning methods are probably best. Find the perfect balance between real maps, smartphones, and local advice to plan the ultimate bike touring trip!

If only bicycle touring were as simple as just riding a bike, how easy it would all be!

There's more to it than that though, and bicycle touring navigation is one of those things you will need to consider sooner or later. 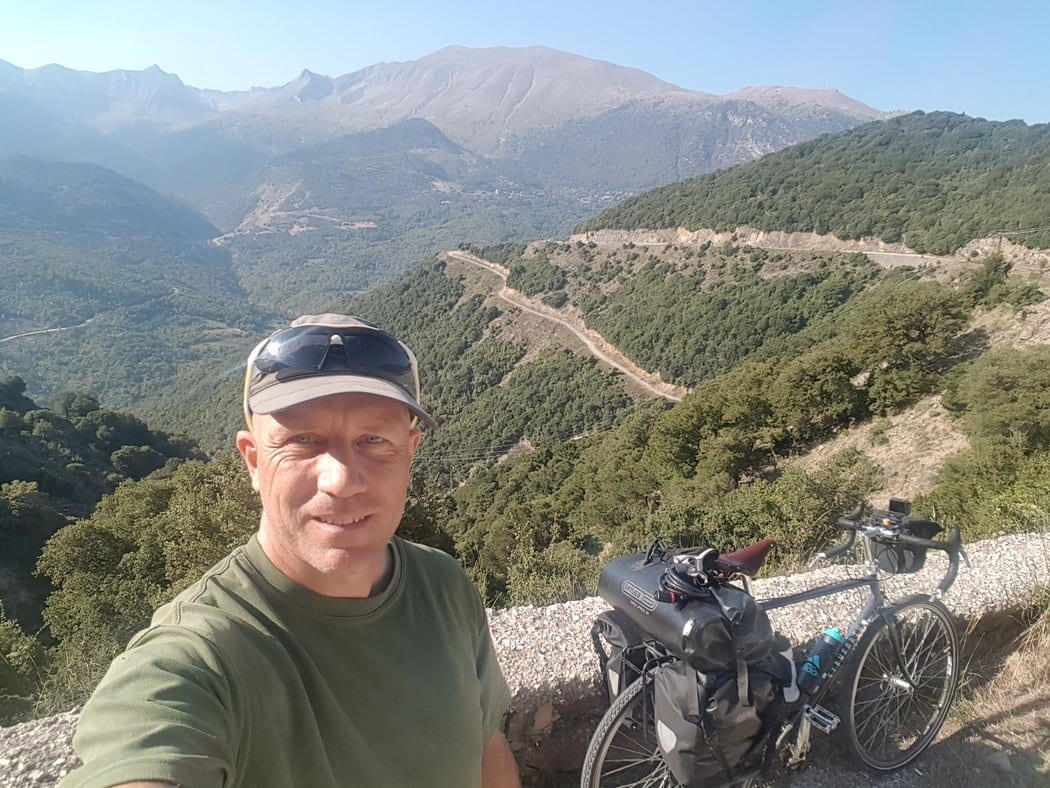 Sure, you have your bike and gear sorted out, but how exactly are you going to find your way around?

Getting from A to B is only possible if you know where A and B are in the first place, after all!

Well, there are three basic methods to bicycle touring navigation, and these are to use maps, a GPS, and seek local knowledge.

Is it only me, or do other people find something very special about spreading a map out, and spending hours looking and planning from it? It's quite easy to become absorbed in one, tracing a road or trail with a finger whilst visualising how the countryside around it might look.

The ‘Google' generation, used to Google Earth and Maps, may never come to realise this same feeling. Such a shame.

Lets not get all nostalgic though. Just because looking at maps feels great, does not mean that they are the best thing to use for bike navigation. 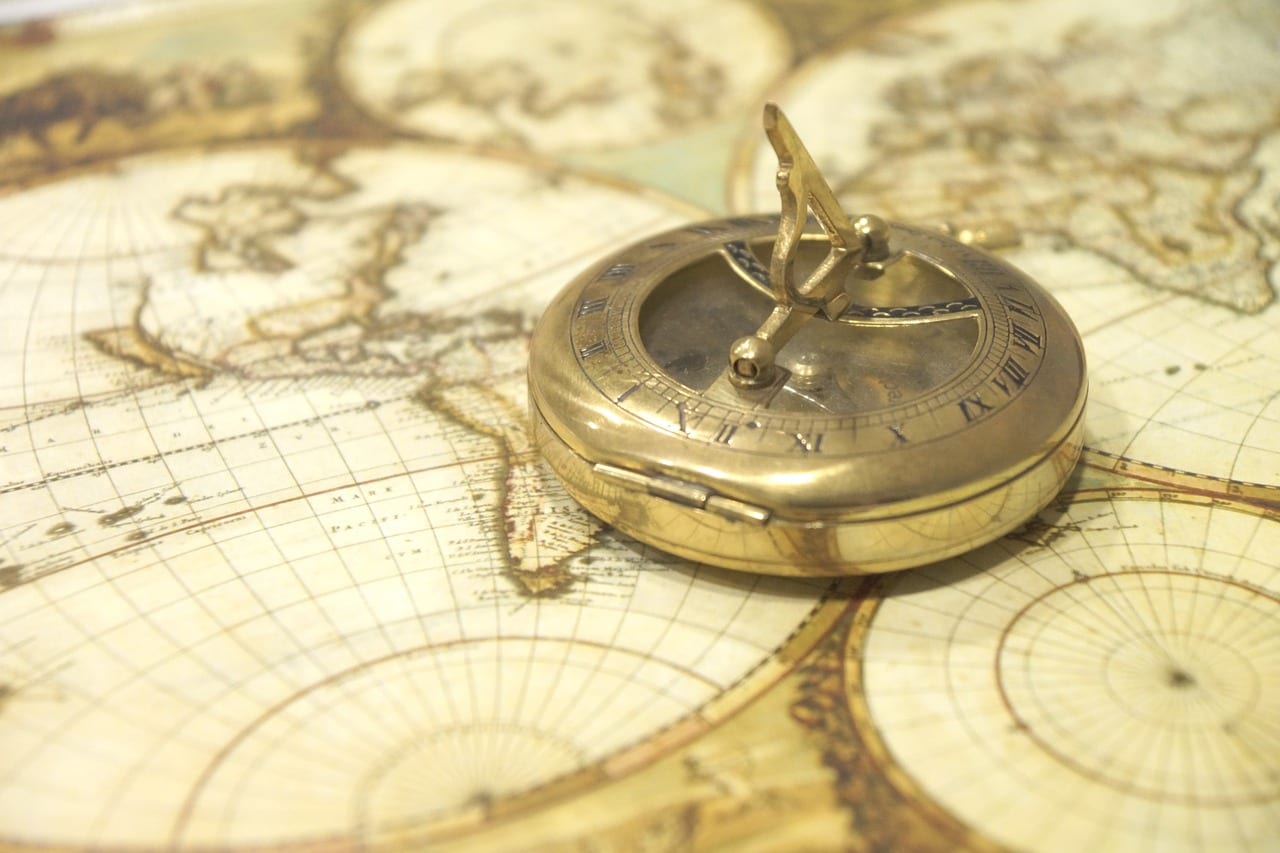 The problem with using maps for bicycle touring navigation is in the detail. By definition, the more detail a map provides, the smaller the area it covers. When bicycle touring, this proves to be a bit of an issue.

Any map with a decent enough scale will only last a weeks worth of cycling, if that. Then, you would have to buy another one, and then another one as you cycled through new terrain.

For cyclists on extended journeys this soon proves to be impractical  due to the weight of carrying the maps, their availability, or just the cost of them.

It's not all doom and gloom though. For many countries, there might only be a choice of one or two roads to take. In this instance, it doesn't really matter what scale the map is. In fact, sometimes, you don't need one at all.

I remember in Sudan that there was really only one road to take towards Khartoum, and I had no map to follow whatsoever. Once I was on the road, things were pretty simple.

(OK, first I had to cycle through some desert regions, but that's a different story!). In many other countries that I have cycled through, the same could also be said.

Using maps for bicycle touring navigation has its pros and cons. Good quality detailed maps are often expensive and hard to find, and regional or country maps offer no more detail than that found in a Lonely Planet guidebook.

Maps can be a bit of a comfort tool though, and its also a great way to communicate with people from other countries. Even if language is a barrier, bringing out a map provides something in common with the other person.

Sometimes, on those special occasions, it may even be the first time someone has seen a map of their country or even of the world. Those are the times when memories are made.

Way back when, (not quite the stone ages), when I started bicycle touring, GPS devices for cycling were non existent. The first ones to eventually come on to the market were big. clumsy things with terrible battery life. For this reason, I gave them a wide berth.

Fast forward a decade or so, and there are now dozens of different GPS devices all suitable for cycling with.

I finally succumbed to buying one a few months ago, and have spent a little while testing this gps for bike touring. I have to say, that I was for the most part pleasantly surprised.

The positive and negative aspects of cycling GPS devices for bicycle touring navigation both come from basically two things.

My Garmin Edge Touring Plus uses maps from OpenStreetMaps. On some wonderful occasions, it directed me through cities I had never been to before, all along quiet cycle routes away from busy main roads.

On other not so wonderful occasions, it took me along what it described as cycle paths, only for me to find a style entering a farmers field and an overgrown byway. Which would have been perfect if I was hiking but not cycling!

So, the lesson learned here, is that GPS devices, like any electronic device, are only as clever as the information input into them.

Battery life is the other issue. Most bike touring GPS devices now good enough to provide one, if not two days power. Which is fine if you can keep it charged on a regular basis.

If you are cycling through the back of beyond and wild camping along the way, then power might be a bit of an issue. Sure, you can get a solar setup to keep it charged, but then we are back to adding more weight to your load.

At the point you are carrying a kilogram of tech gear just to keep your GPS charged, you would probably have been just as well to take a kilo of maps instead! It might have been cheaper as well. It's one of those things that gets you thinking.

Conclusion – When it comes to pure bicycle navigation, a good quality cycling GPS is hard to beat. Not only can you pre-plan routes, but you can also follow turn by turn directions which can prove useful when cycling through large built up areas.

There are the occasional setbacks when the maps are bad, but that can happen with regular maps too. The main drawback of course, is what happens if the battery runs out? And it will, just when you need it the most!

At this point, the GPS just becomes a very expensive but useless handlebar attachment.

Keep it charged at all times, and it will see you right. Let the battery drain down, and you will have to draw on other resources such as using a map or asking the locals for directions.

This is increasingly becoming bike touring navigation tool of choice. Smartphones still suffer from the battery problems of GPS units, probably more so in fact, but it does mean one gadget less. Take along a powerbank, and you can keep topped up for several days at a time.

Most times nowadays, I use my bike touring GPS to get me in and out of big cities, and then use the smartphone for the rest of the time. On recent bike tours through Europe, I've rarely needed to open a paper map.

Asking the locals for directions can produce a mixed bag of results. To a certain extent, it's like rolling dice and going with blind luck. The beauty of it though, is that sometimes, you strike real gold and may discover a little heard of trail or road that provides more fun and adventure.

The best people to ask are local cyclists who will have some idea of the territory surrounding their town or city. One thing that you will quickly notice though, is that most people don't have a clue how far away towns and villages are from each other, or how long it might take by bike.

When bike touring in Peru, I resorted to asking how long it would take to reach somewhere in a car or bus. It was no more accurate! It's all part of the adventure though!

An unintended benefit of asking the locals for directions, is that you might receive an invite to stay the night at someone's house. If you were cycling along, head down over your handlebars looking intently at your GPS, that might never have happened.

Striking up conversations with the locals of a country is one of the things I like best about bicycle touring. Even if the directions they give you are not so hot, it all adds to the experience.

Conclusion – Let's face facts, local knowledge can be a bit hit and miss when it comes to bicycle touring navigation. Relying on it as a sole source of information is probably a recipe for disaster, but combining it with using maps and GPS can prove useful.

One really good thing about asking the locals for directions, is that it does start a conversation that might otherwise have never happened.

Personally, I choose to combine all the mentioned methods when it comes to bicycle touring navigation.

I will always carry with me a map of the region, or a map of an area I intend to spend more than two months in. This helps in my long term route planning, and also provides something to show other people should the situation (such as needing directions) arise.

I now also take a GPS which I use for my day to day navigation, and it comes in especially useful when navigating through large towns or cities. The smartphone helps with the day to day riding.

Finally, I like to seek out local knowledge every now and again. The most useful comes from other cyclists, and the most entertaining from those that have never pedalled a bike further than a mile. Try it, and you will see! 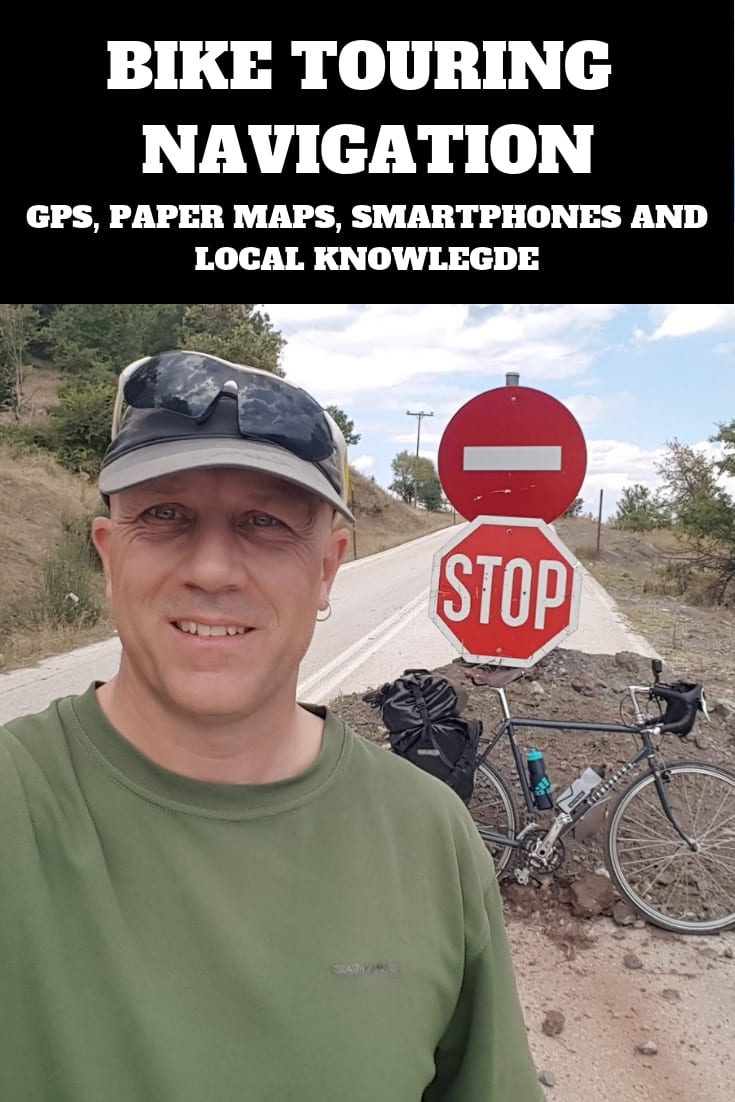 Touring cyclists often have a lot of questions to ask before investing in GPS cycling computers. Some of the most common ones include:

What is the best GPS for bicycle touring?

Garmin really dominate the market when it comes to bike GPS systems. Some Garmin models might be more useful then others when it come to cycle touring though. The Garmin Edge Explore is a GPS cycling computer that might be most suitable.

Which GPS used in bikepacking?

For bikepacking, where weight and what you carry is kept to a minimum, it might make the most sense to use a phone as a GPS. Komoot is a good app to start using to create routes and to navigate.

Do you need a bike computer for touring?

No you don't need a GPS unit or bike computer for bicycle tours. While they are useful for turn by turn navigation and to plan routes for your bike ride, you can still use maps to work out where you need to be!

Which Garmin GPS is best for cycling?

The Garmin Edge 1030 is the flagship Garmin model for cyclists, but in all honesty, is probably a little overkill for most bikepacking rides.