On this day of my bike tour through Peru, I cycled from Huariaca to Cerro de Pasco. Just one day of my 18 month bike tour from Alaska to Argentina. 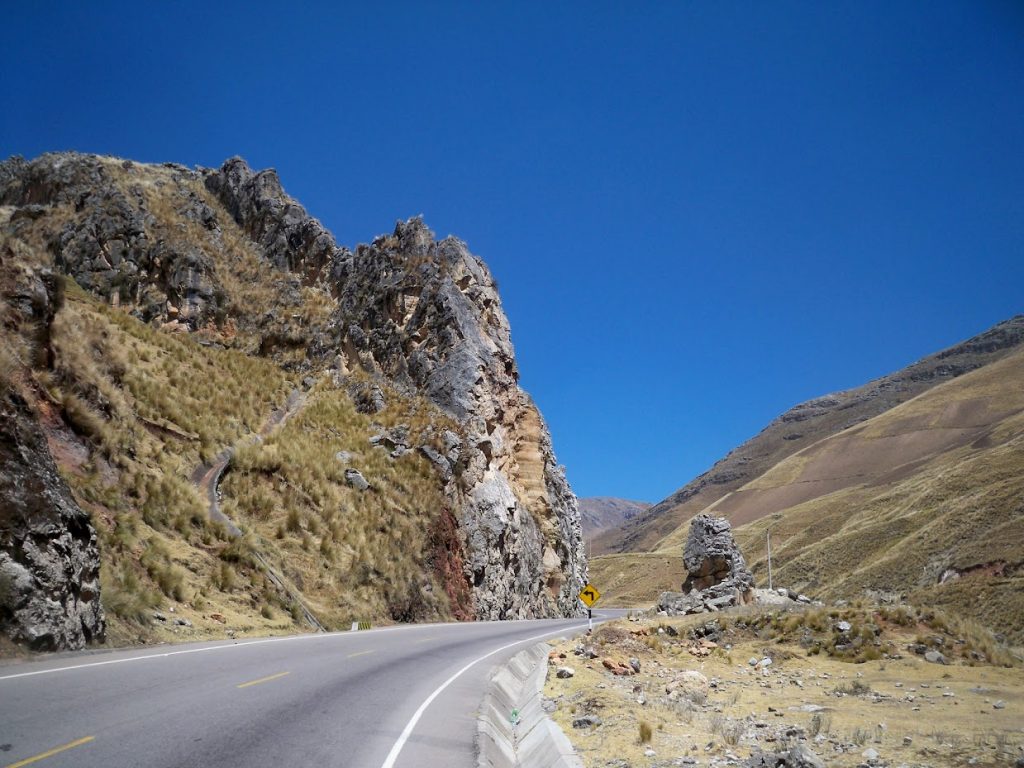 Cycling up the mountains in Peru

Checking my email in the morning, I received one from a friend back in England saying that she was coming over to South America for a couple of months at the beginning of September.

It's been over a year since I have seen anyone that I know, and so I am looking forwards to meeting up in Cusco. Now I just have to persuade her to bring over a spare bicycle tyre!

What with the news and answering emails, I didn’t hit the road until gone 08.30, which was a little late given what the day had in store for me.

A total height gain of 1400 metres over a distance of 51 km is reasonably challenging on a fully loaded bicycle and trailer, and more so when the peak of the day was at 4300 metres. 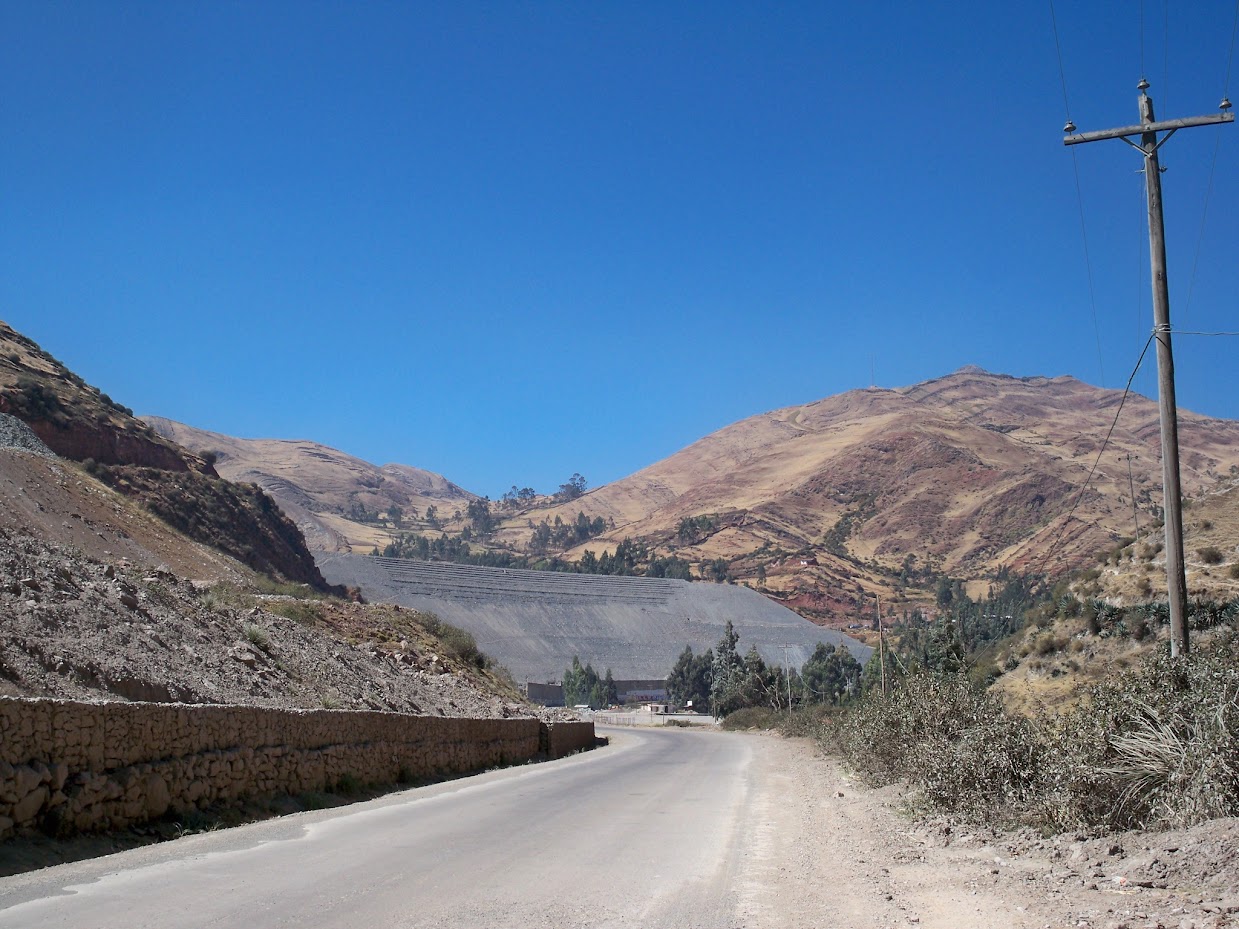 The road was in pretty good condition, and at first I did well, despite the gradient. As the day went on though, I started to feel a little drained, and I had also forgotten to charge my I-Not so there was no music to keep me going.

As I cycled higher, the trees gave way to shrubs, and then finally to just tufts of grass, and I passed several llama herds. 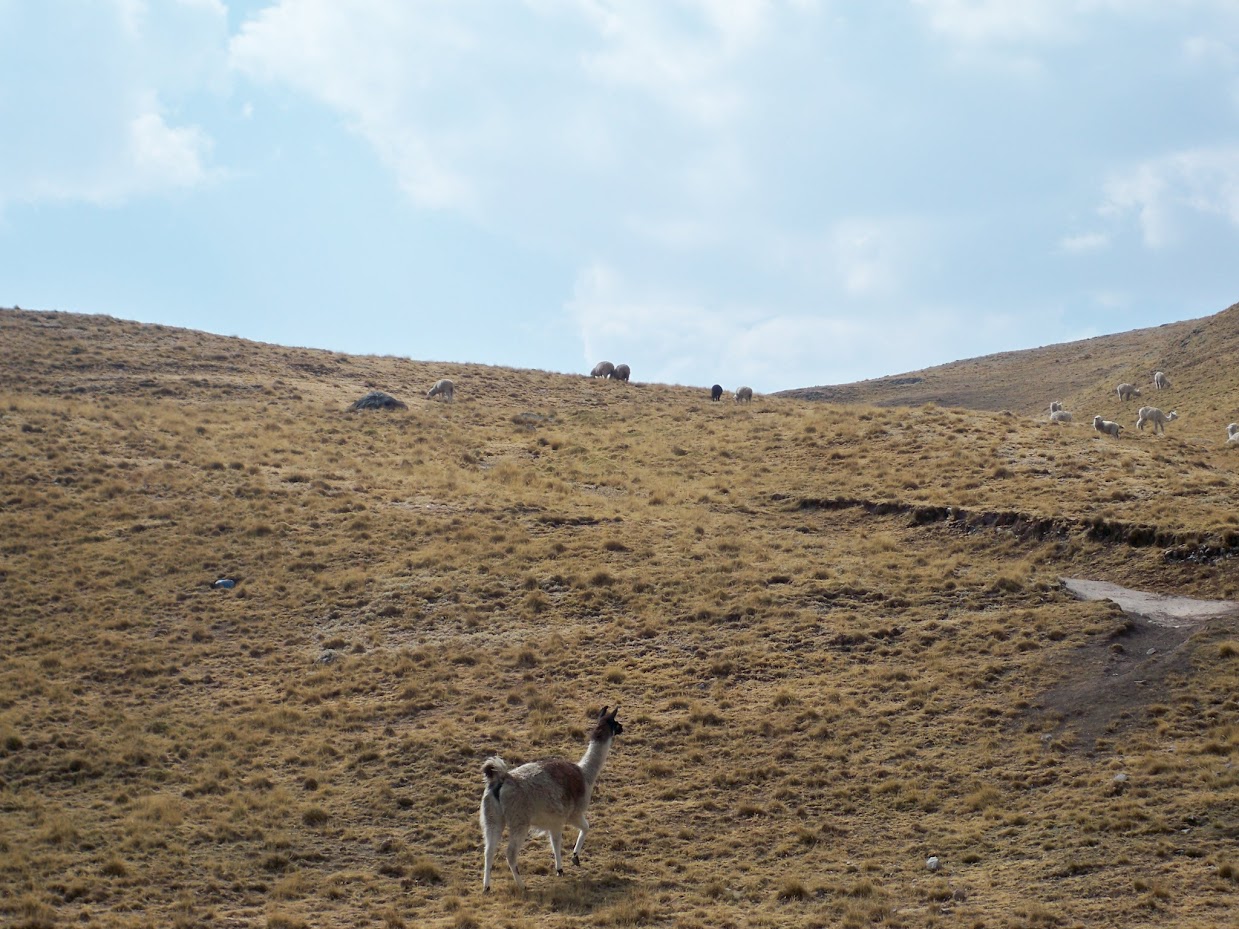 My legs were aching by the time I reached the turn off for Cerro, and at 6 hours of cycling, I had earned the right to call it a day! 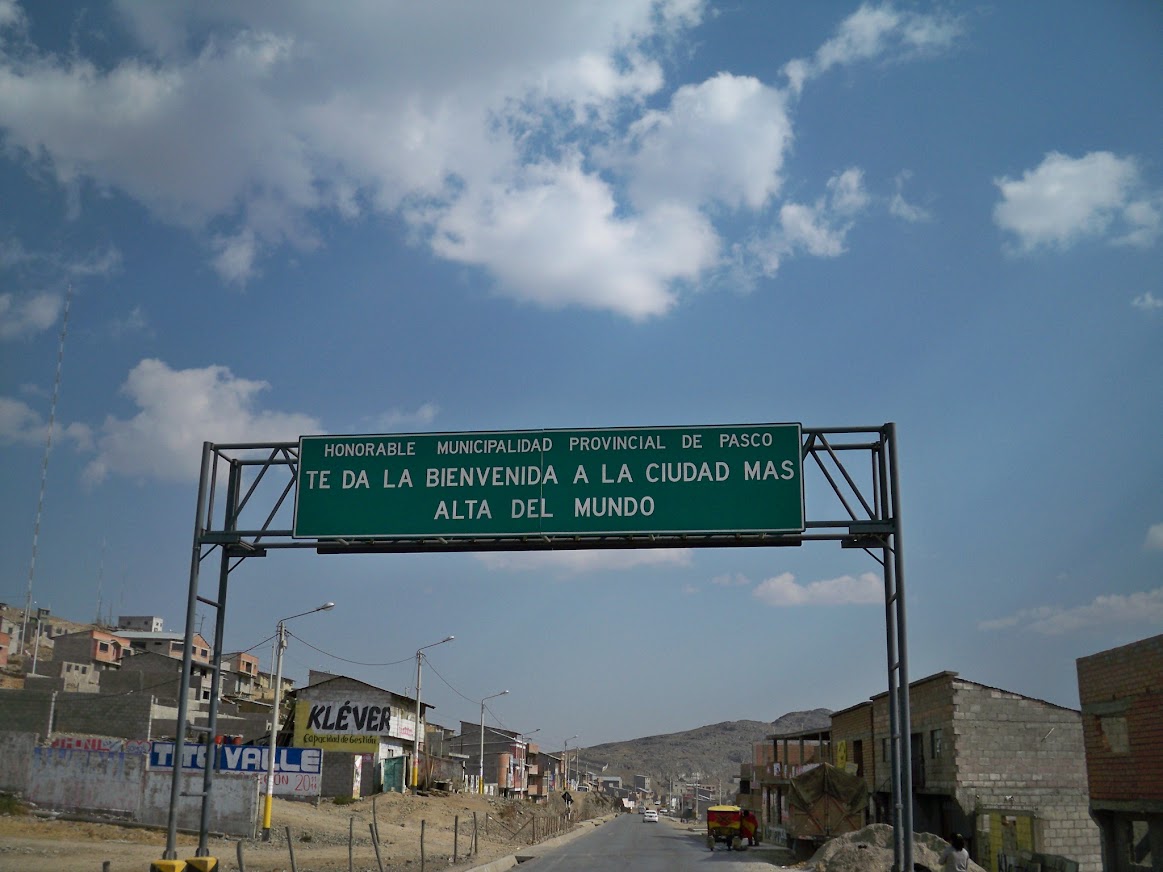 According to the sign welcoming me into the town, Cerro de Pasco is the highest city in the world. Wikipedia doesn't seem to agree though! Still, at 4338 metres, it was definitely the highest city I had ever visited!

Cerro de Pasco was quite busy and chaotic to enter, and I wasn’t really in the mood to do the rounds of hotels in the search for the best place. I settled on the first half decent one I saw, and whilst 25 soles is a little pricey, I can live with it!

Chicken and chips for dinner. Lovely!