A bikepacking blog post covering the day's cycling from Curahuasi to Limatambo, Peru. Lots of mosquitoes and dogs chasing on this day's ride! 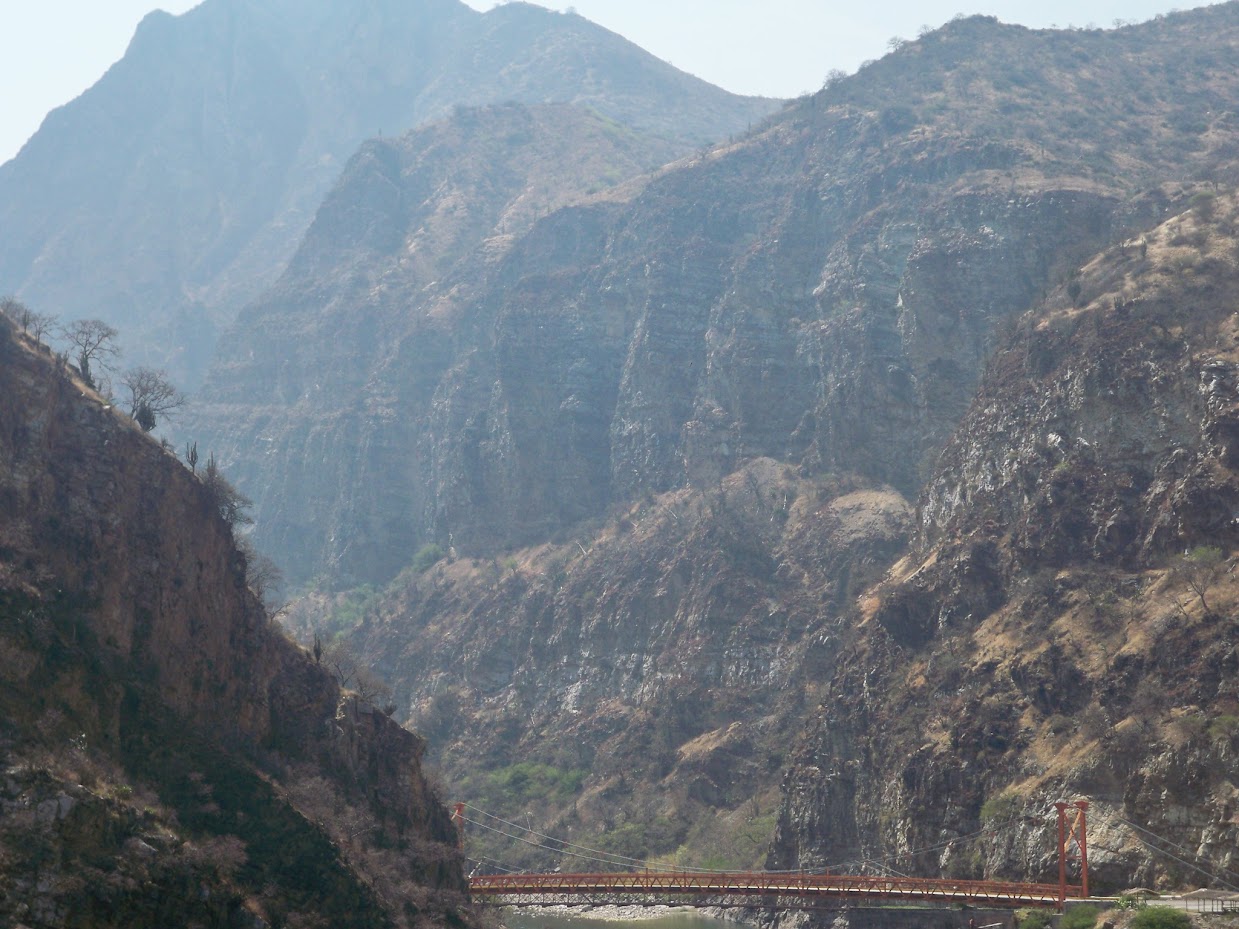 This blog post was written in September 12th 2010 as part of my bike tour from Alaska to Argentina. Note: A few weeks earlier, I had met another cyclist going in the same direction, so we teamed up together.

A bit of a lazy start to the day, involving looking for an affordable breakfast in the town of Curahuasi, and then bread for the road.

Two of the restaurants back down on the main road wanted 2 soles or more for a simple egg roll, but on our third attempt, we found somewhere which did them for the correct price of 80 cents.

This is probably a taste of what Cusco has in store, which wasn’t a pleasant thought.

Anyhow, when we eventually hit the road, the first section was mainly downhill, which was an absolute pleasure.

Bottoming out at a bridge crossing a river, we stopped for a drink, and got absolutely slaughtered by mosquito type things. They bit like mosquitoes, although they aren’t and I am not quite sure of the name.

In any case, they were a bit of a plague for the rest of the day, managing to bite everywhere, face included, which is just what you want when you are meeting someone in two days time that you haven’t seen in three years.

The next two and a half hours from the bridge was quite unpleasant, with the temperature rising dramatically in a canyon, a relentless road and frequent dog and mosquito attacks.

We reached Limatambo, and although we had thought to push on further and camp for the night, it wasn’t on the cards.

A 10 sole a night each Hospedeje sorted us out with a room each, and eating, drinking and internet access filled what was left of the afternoon and evening.

Checking my email, Heidi has landed in Lima, so we should be on for a meet up in Cusco around the 14th.