When cycling from Alaska to Argentina, I wrote a blog post a day. This entry comes from when I was cycling from El Abra Tocctoccsa to Chumbes in Peru. 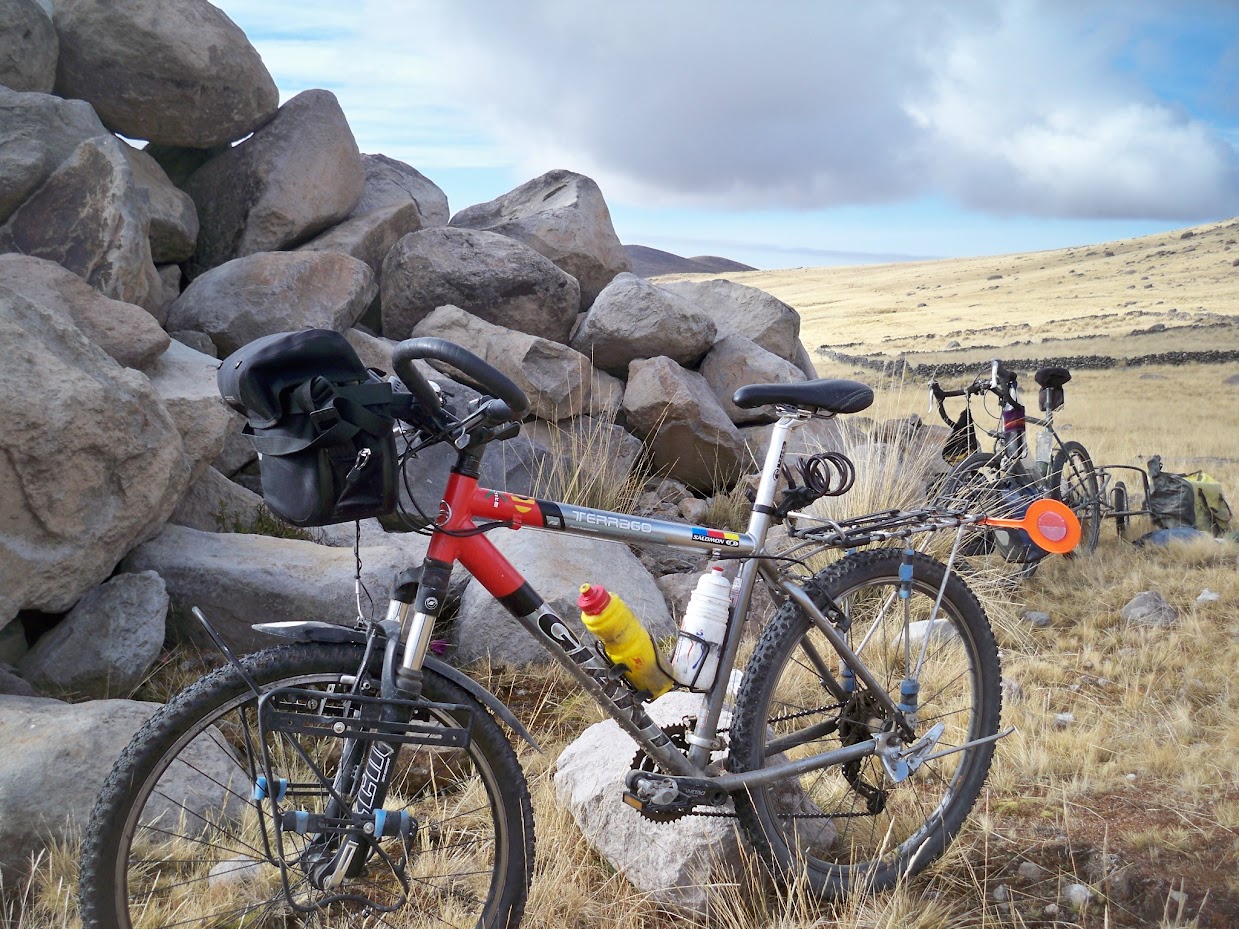 This blog post was written 5th September 2010. A week or so earlier, I had teamed up with another cyclist called Agusti who was cycling in the same direction, hence reference to ‘we' in the post.

Quite a cold night, but only to be expected if camping up at the 4200 metre mark. I was quite warm though, dressed in my clothes, hat and gloves and wrapped up in my sleeping bag.

A six o’clock sunrise saw Agusti and myself emerge from our respective tents for breakfast, during which we were a bit concerned about some mist and nasty looking clouds rolling in.

Luckily, the bad weather held off, and although it was cold throughout most of the day, it never actually rained.

The day's cycling itself was a day of two halves.

The first half being one of cycling along a rolling plateau section of some 40 km. This in itself wouldn’t have been too bad, but with it all being over the 4000 metre mark, it was quite gruelling work towards the end. 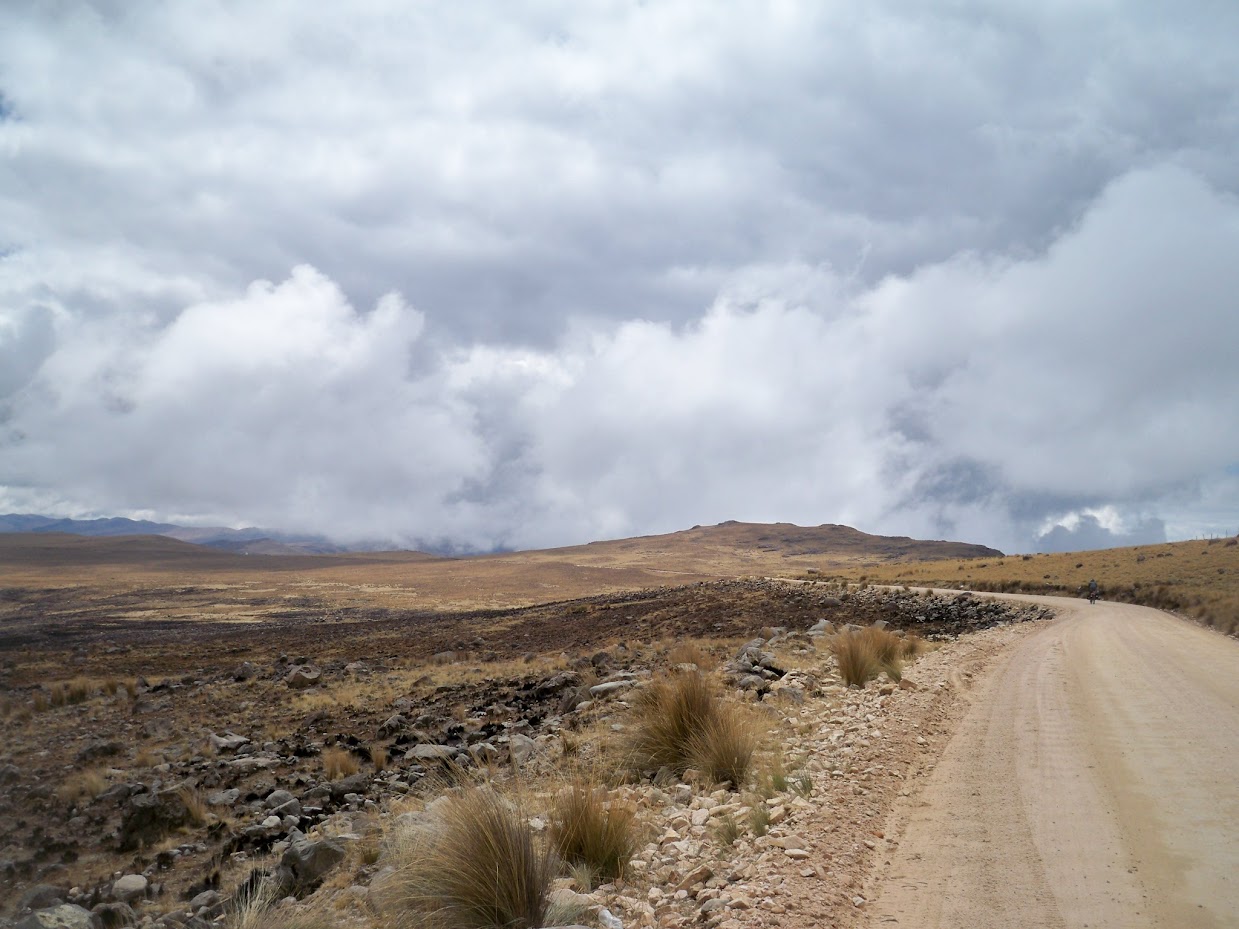 It was quite bleak and barren up there too, with the cold and overcast weather adding to the sense of remoteness.

The second half was far more enjoyable. After finally reaching a downhill section after many false promises, the views looking down onto the town of Ocros were stunning. 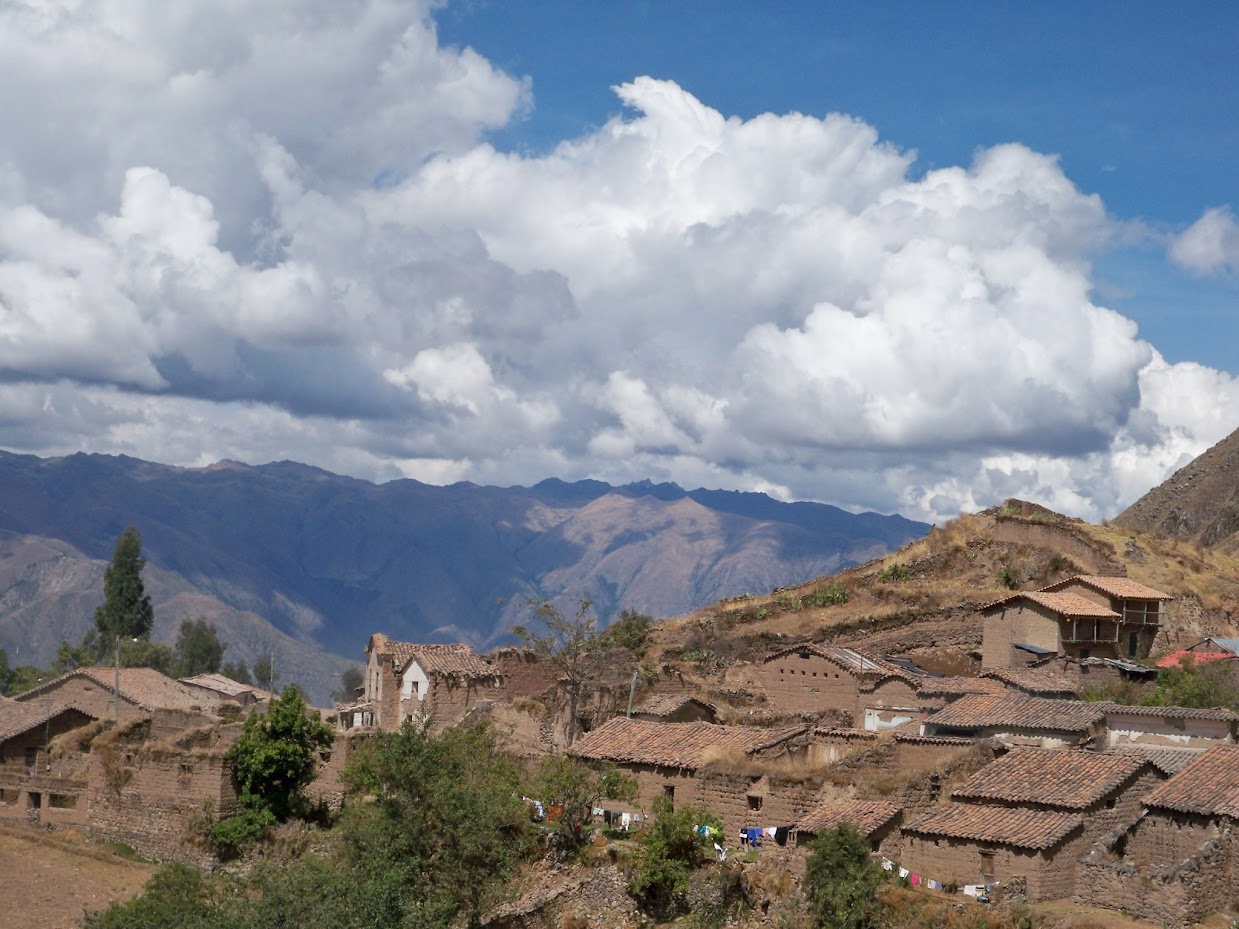 As I glided effortlessly downhill, I was reminded once more of just how rewarding cycling in Peru is. 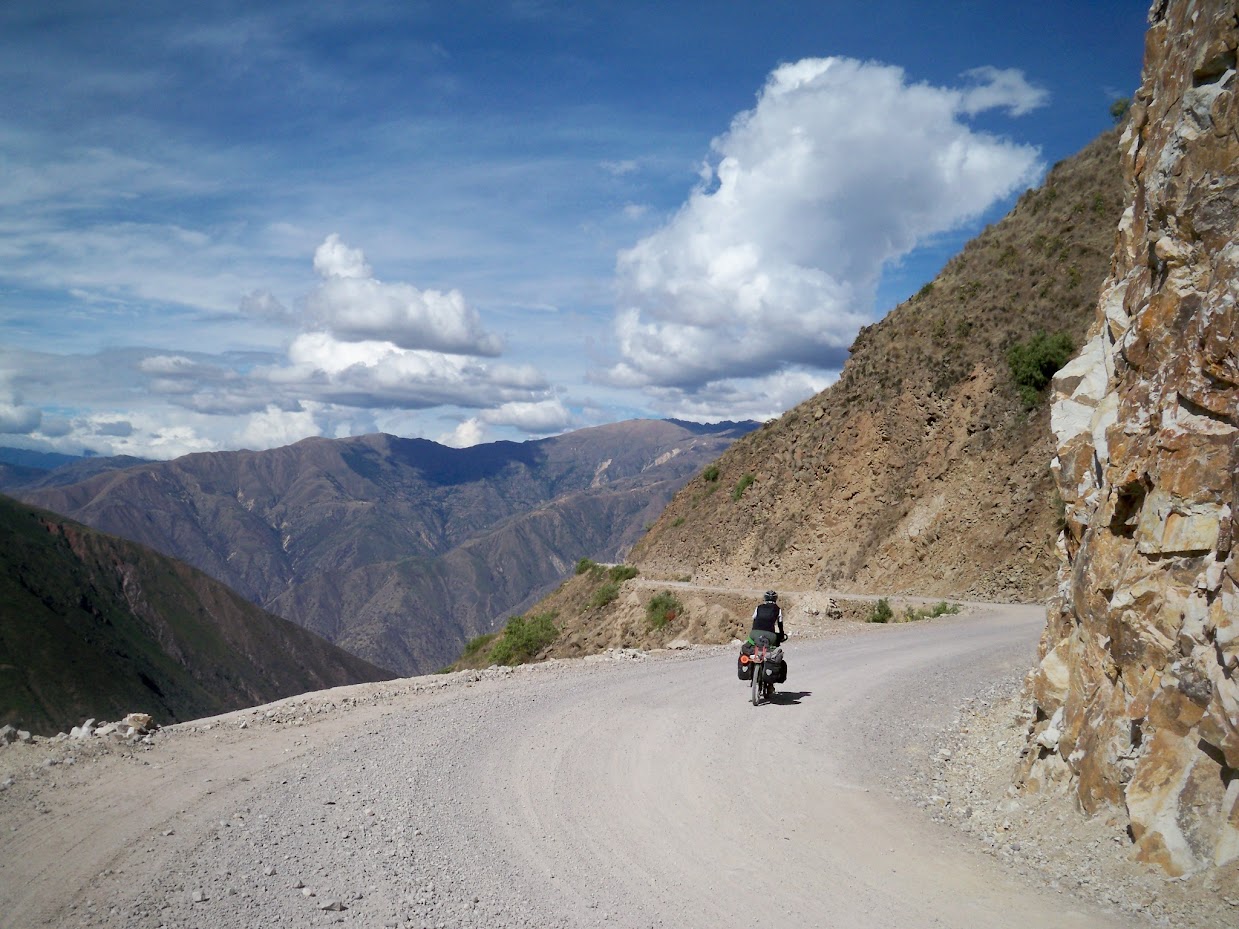 Stopping off in Ocros for lunch, we hit the road again, and headed downhill a few kilometres to the town of Chumbes. A room each in the hostal was 10 soles, although I will admit I could have done with hot water! 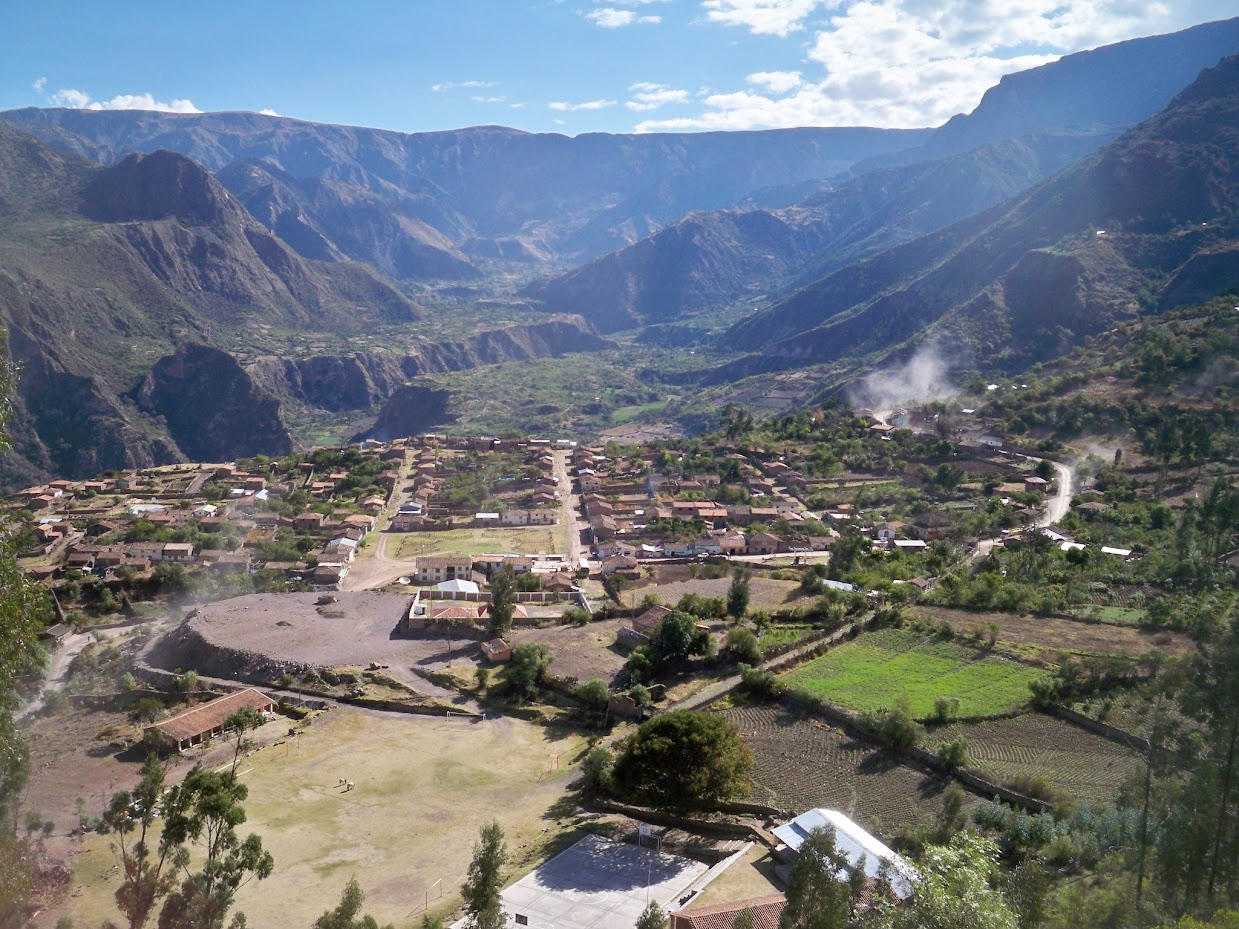