On this day if my bike tour through Argentina, I cycled from a wild camping spot bear Tilcara to the town of Yala. Here's my blog post from the day. 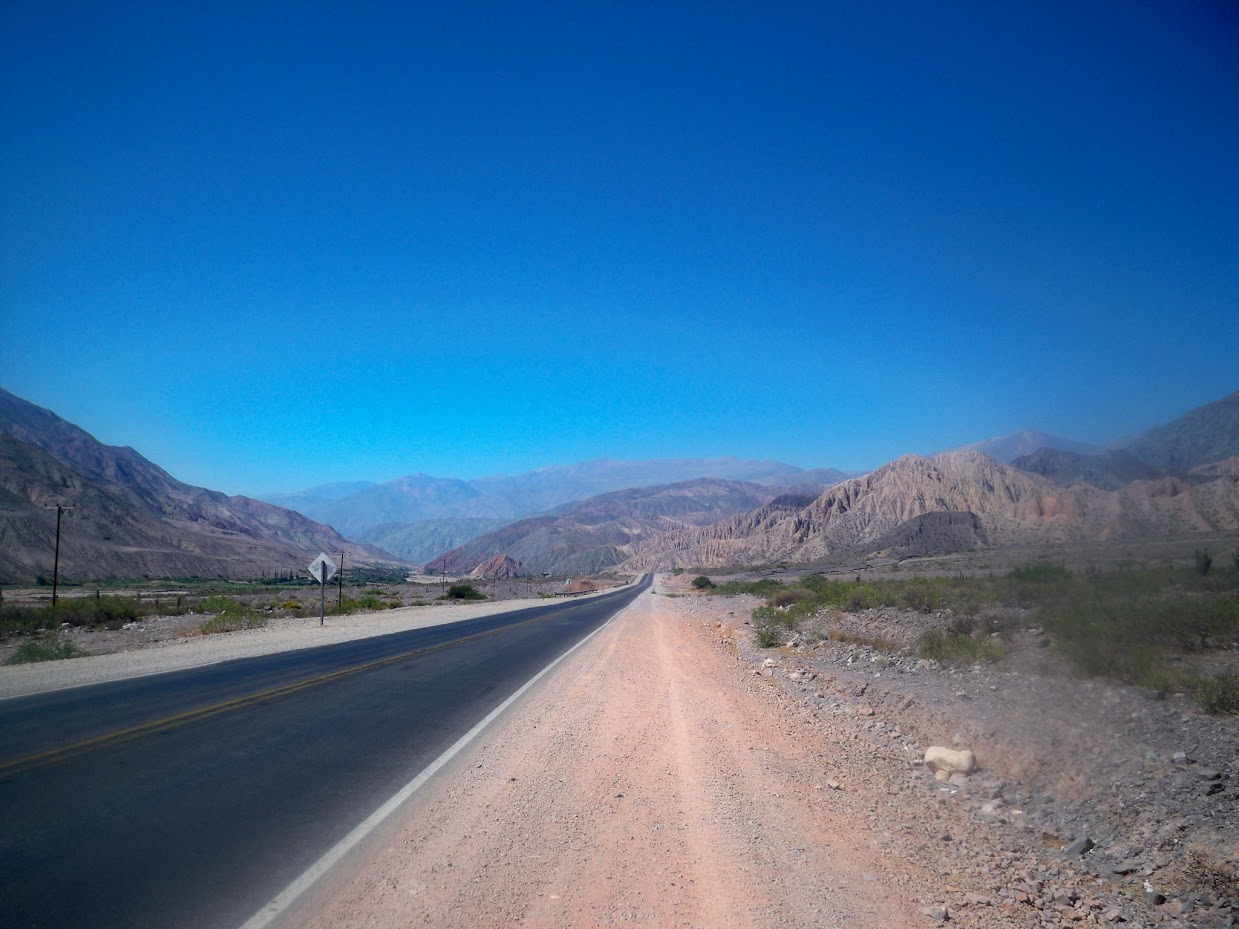 Cycling through winds in Argentina

Quite a good night's sleep, tucked away wild camping in some bushes at the side of a river. In the morning, it was a 5km ride to Tilcara, where I restocked on water from a petrol station before carrying on again.

The day seemed to alternate between the 2000m and 2400 metre mark. Either that, or the signs at each village proclaiming the height were wrong.

For a couple of hours I had it easy, but then at 11.00 the wind kicked in again. Strong winds are not my favourite weather condition it must be said.

There came a bit of a climb to what was the highest point of the day, and a nice 19km downhill followed. Although I bottomed out into the valley once more, it was much wider, and so the headwind lost much of its funnelling effect which had so plagued me these last two days.

I carried on to the town of Yala, where a tourist complex on the left just by a bridge advertised camping. In I went, and it turned out to be 15 pesos.

It was ok, and I managed to get some free WiFi there as well. This last few days have all been over 100km each, and tomorrow I hope to do the same in order to hit Salta.