Cycling from Yala, my destination for the day was Salta in Argentina, where I bumped into a couple of cyclists who had a Casa de Cyclista.

Take a look at this crashed van…

Quite a good night's sleep at the campground, and I was up reasonably early as well. Its always easier to get up early in the morning when its warm and sunny as opposed to freezing cold!

After breakfast, I hit the road, and today thankfully the wind was absent. I cycled to the city of Jujuy, and from there followed route 9 to Salta. 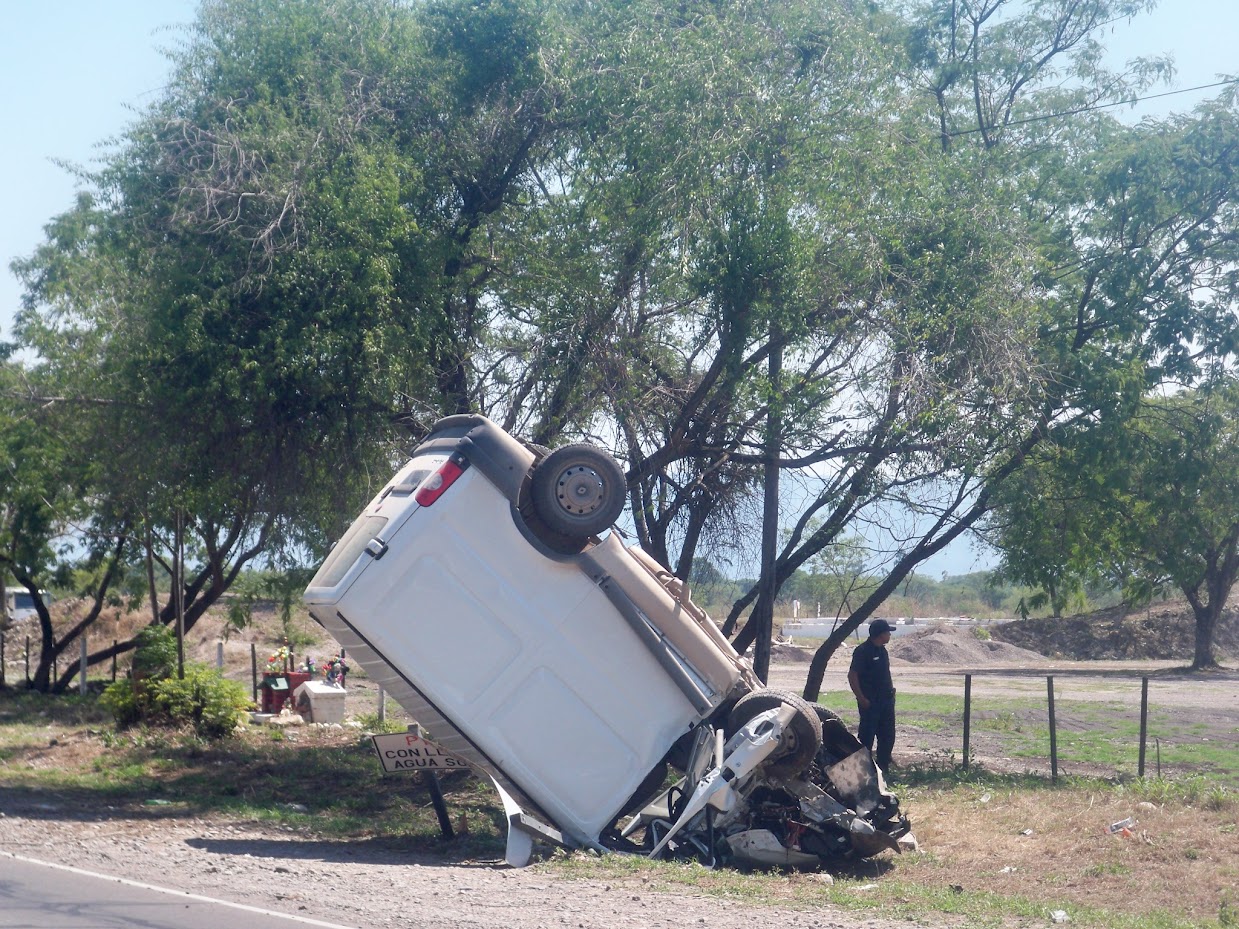 Now, this had been described to me as the route with panoramic views. In cyclists code, that actually means a lot of cycling uphill.

It was really hot as well, as I sweated my way up hills through a green forest the likes of which I haven’t seen for months. In fact, I think I saw more trees in one day than I had in the previous 6 months!

Really hot work though, confirming that I am not built for hot, humid weather. 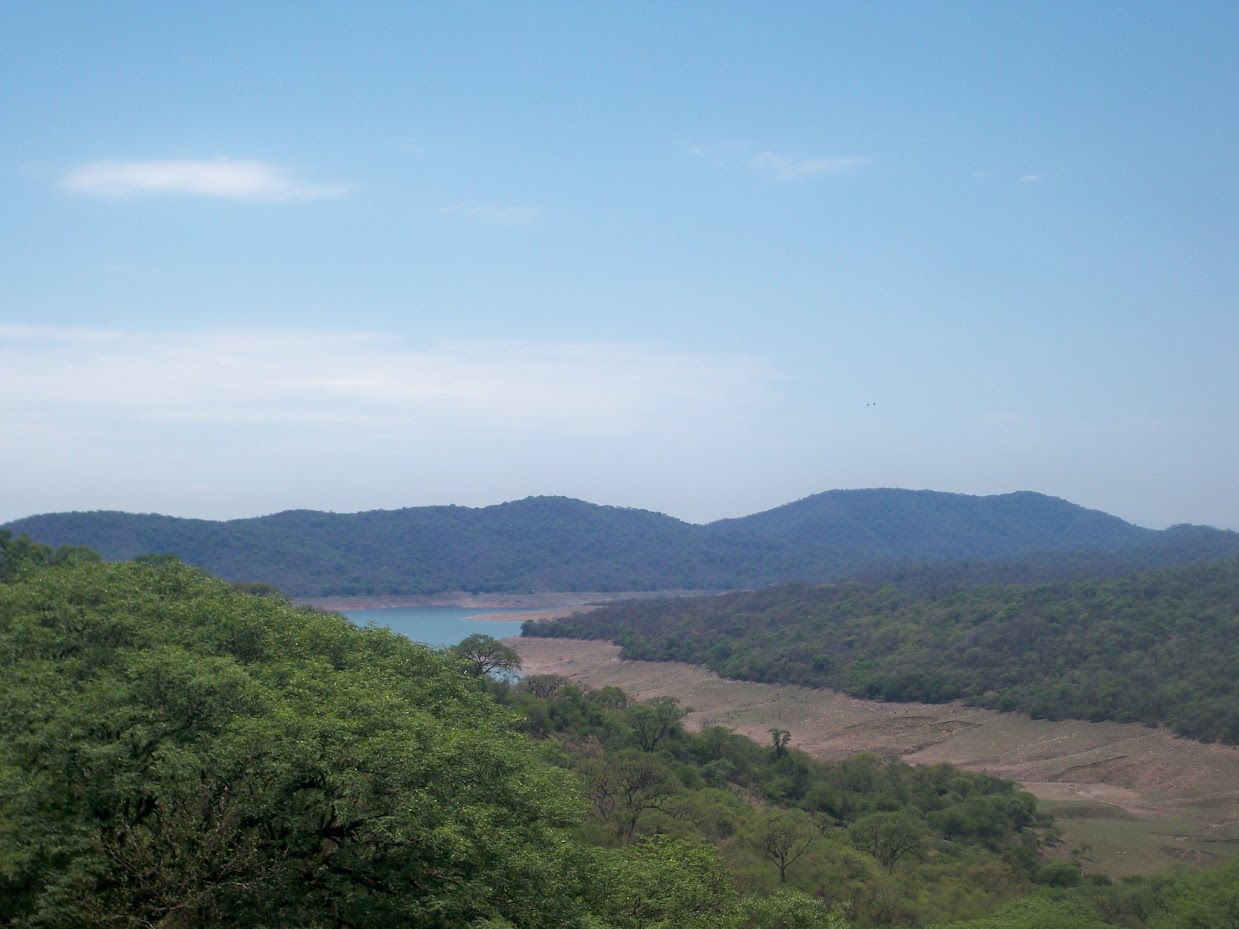 Finally, after a stop for lunch and a lot of sweaty plodding uphill, I mad the top, and after a bit of a section on a plateau, I headed downhill. At the bridge at Caldero, I met two cyclists, and this is where things got confusing.

I think their names were Ramon and Raul (not 100 percent, and this is the start of the confusion). One was a local from Salta who said he runs a Casa de Cyclista, and the other one was from Spain, but married to the others sister.

The Casa de Cyclista guy (Ramon? I really must pay more attention. Of course, as time went on, it would become too embarrassing to ask their names again, so I just didn’t), said I could stay at his house, and so I followed them both into Salta.

They took me on a route that I would never have found by myself, and we stopped for a beer at a bar first. It was a litre bottle of black beer, which ended up at 22 pesos – That’s about three pounds twenty.

Looks like I will be sticking to wine during my time in Argentina, which is actually (and I am not lying) cheaper than buying bottled water at 6 pesos a litre (about a pound). I ended up paying for the beer, as they didn’t have enough money, and then we went to the house. 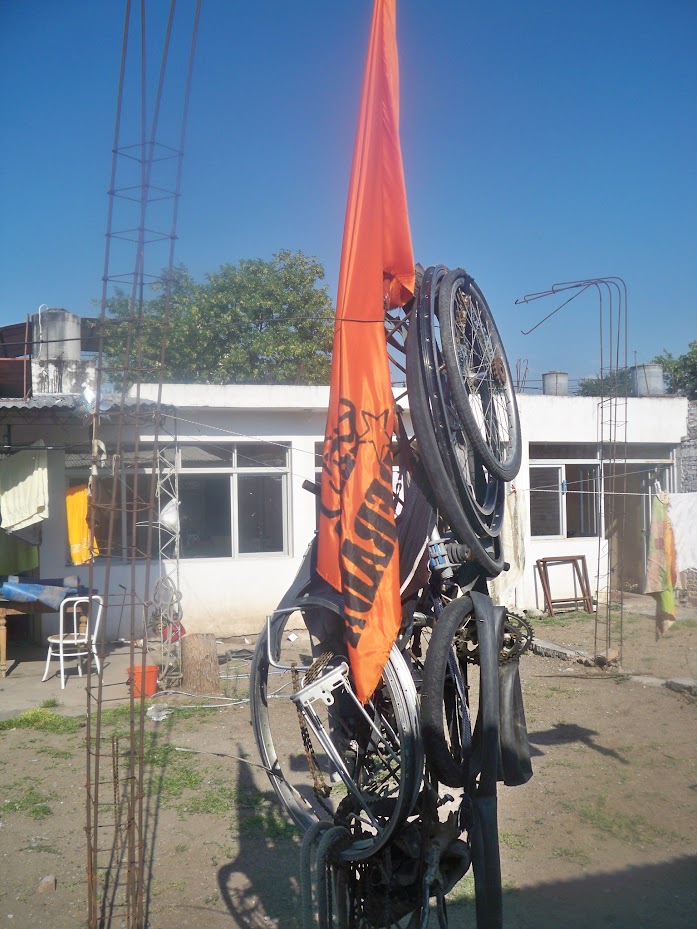 Everyone's out but me

After a bit of a sit down and chat, I had a shower, and then went off in search of a McDonalds. Which I found. Yippeee!!!!

I had a Triple Burger, which will have to do until they bring out a sextuplet burger. With the McDonalds craving satisfied, (and again at that price it will be the last one for a while!), I set off for the centre. I managed to negotiate a price for a room at a hostal for two weeks, as I intend to stay here over the Christmas and New year periods and hopefully work at the same time.

I headed back to the Casa de Cyclista, to find that Ramon (?) had gone out for the night, and that Raul(?) and his wife were also off out. This left me with a brother who I think (?) was called Germany.

An hour later, even Germany donned some dapper looking clothes, and after checking with Mum that he looked ok, he went out too. This left me with Mum, still, we passed a couple of hours, and then I went to bed.

Incredibly hot here, and I will need to get used to the night time heat again it looks like. 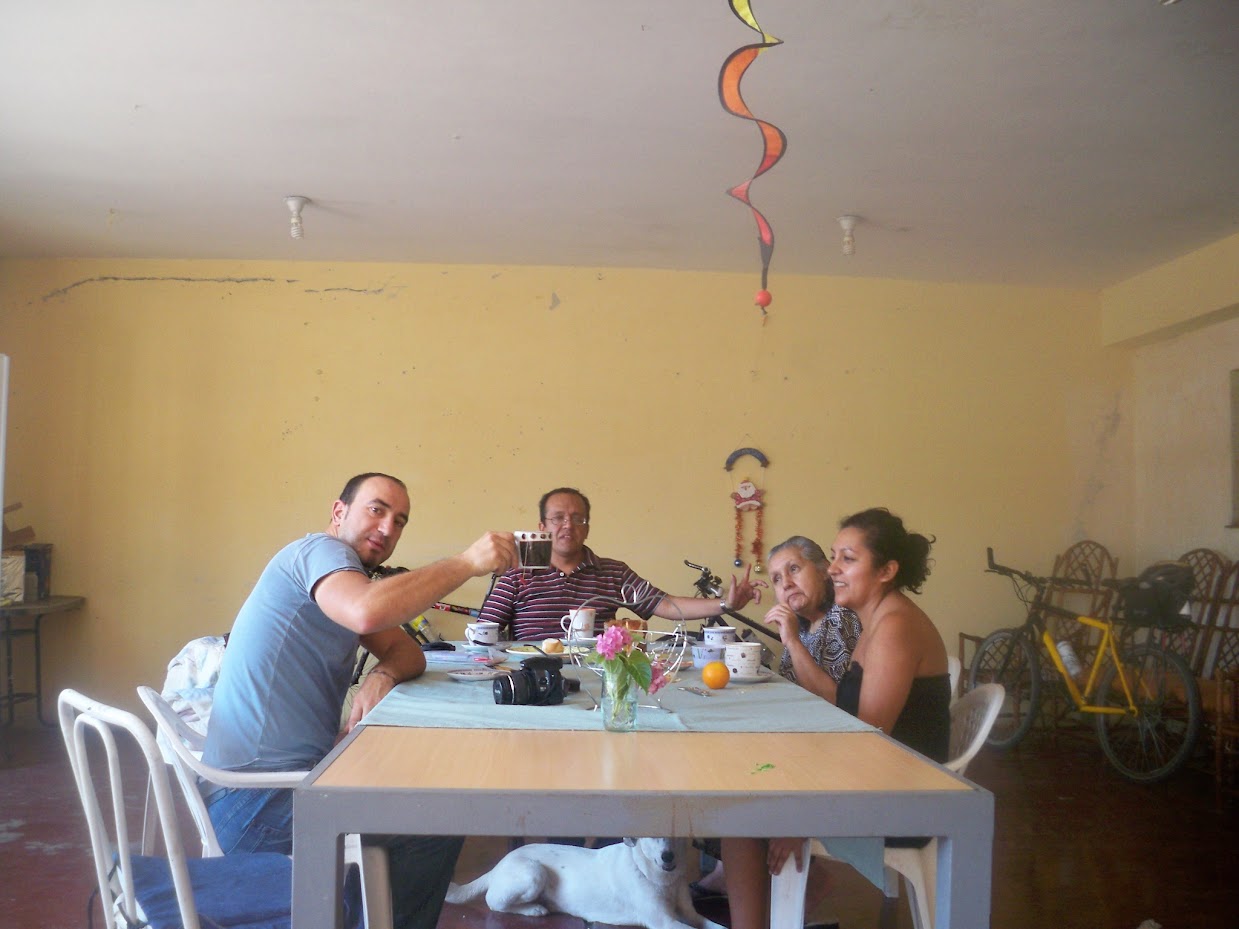