I spent the night after my first full day in Argentina wild camping. After awaking, I then cycled from my wild camping spot to another on near Tilcara. 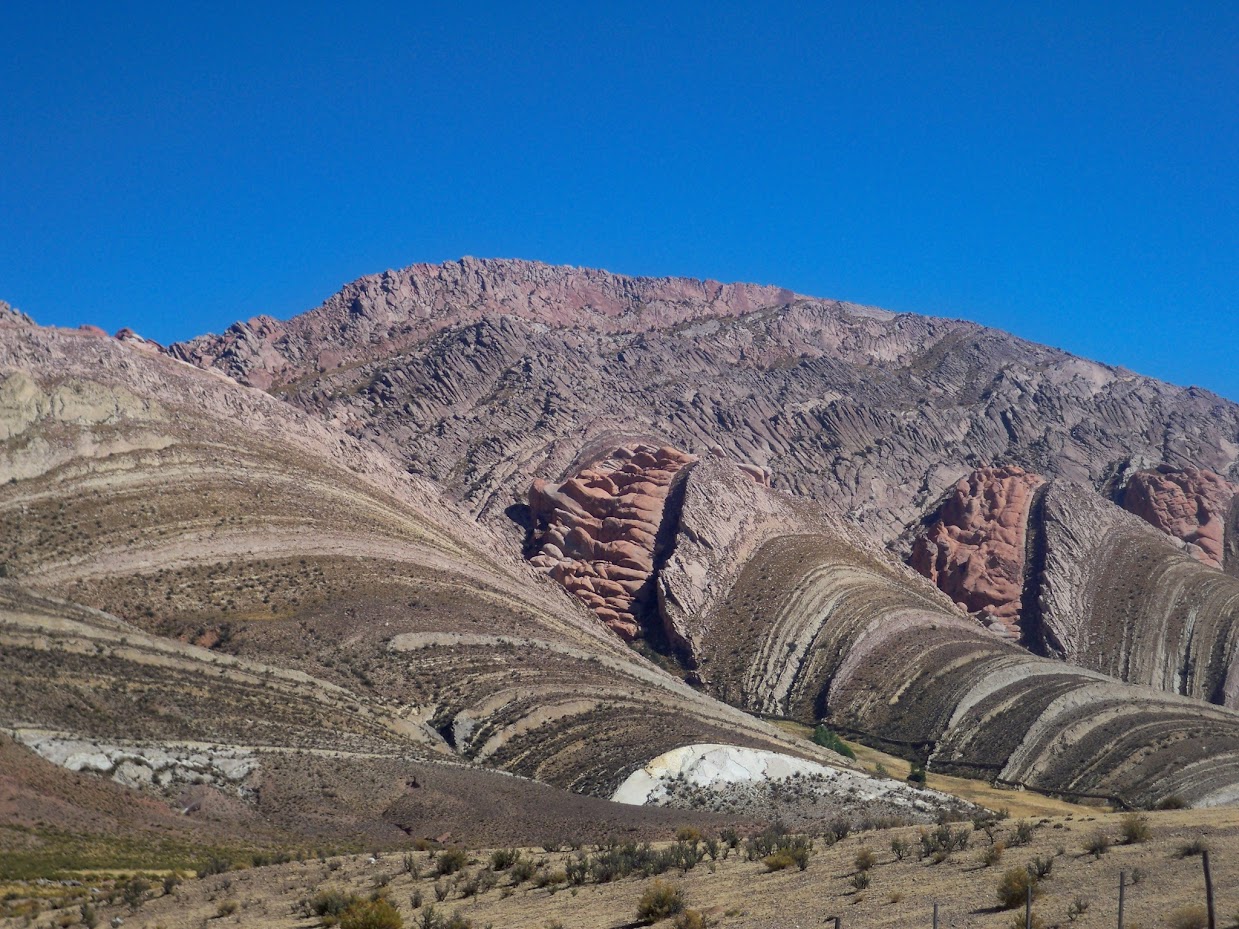 Reasonably cold overnight, but my new sleeping bag is nice and warm. Just a shame that it is ridiculously big and heavy really! Another fire in the morning to do my porridge and coffee, and then onto the road. 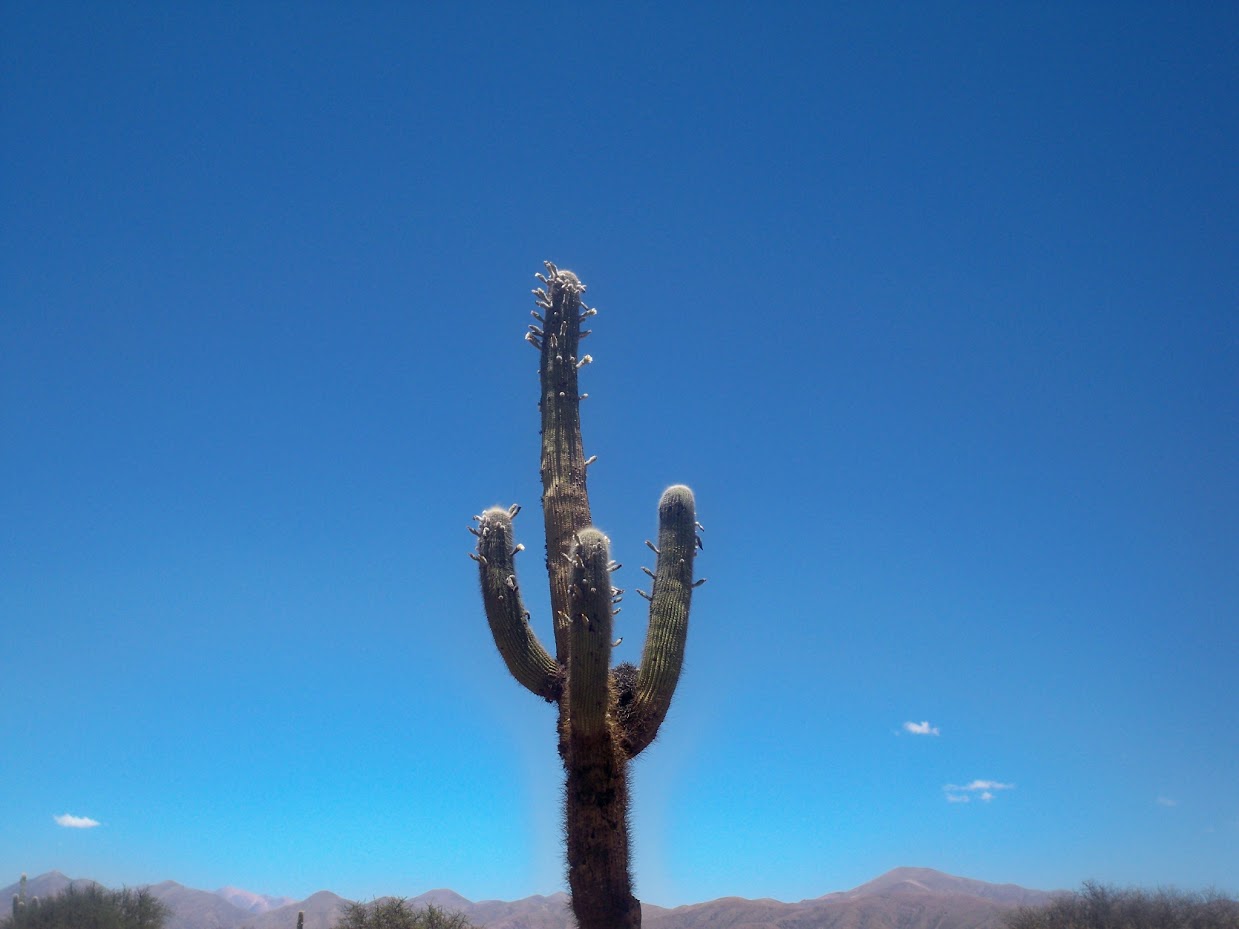 Although it rolled in places, it went mainly downhill, and by the time I rolled into Humahuaca some 70 kms later I had lost nearly 1700 metres in altitude, making this the lowest I had been in perhaps 6 months.

This wasn’t my stop for the day though, rather a refuelling stop for water and the biggest bag of bread known to man.

Heading to Tilcara in Argentina

The afternoon's cycling was not at all so pleasant though. An unbelievable headwind picked up and was blowing through the valley that I was cycling through.

Even on downhill sections, I was still in the grinding gear. Some 5 kms before the town of Tilcara, I finally found somewhere to pull over for the night.

It was well sheltered from the wind, so I set up camp just by the river, and had tuna sandwiches for dinner, as I tried to work my way through the bag of bread! 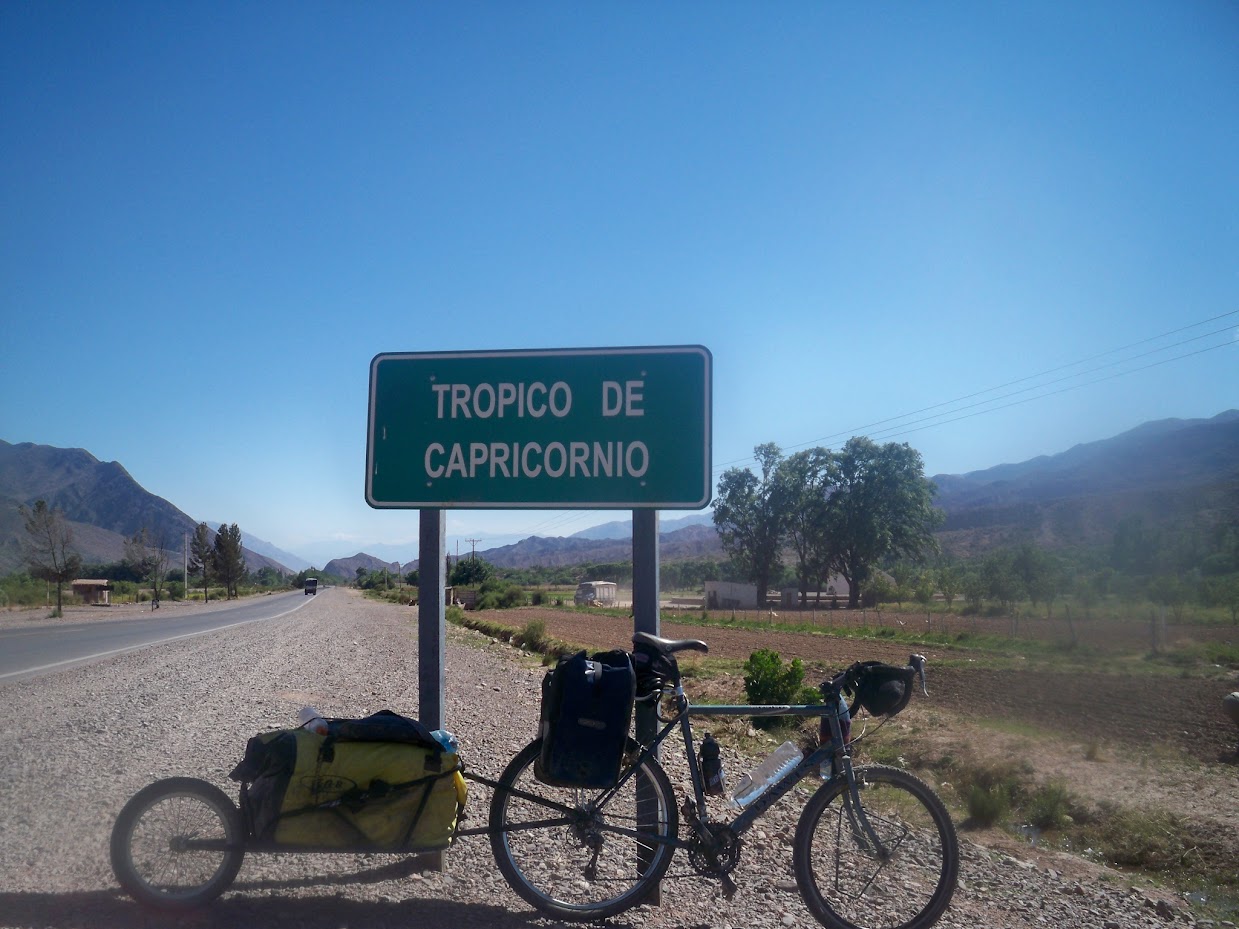