I spent around a month cycling through Colombia as part of my Alaska to Argentina bike tour, making a blog post a day. This is from the section cycling El Bordo to El Remolino.

Jeff and Rose had left a half hour earlier than me, but the initial 350 metre drop out of El Bordo and the subsequent flatish section that followed meant that I soon caught them up.

We stopped for breakfast at a roadside restaurant, and then parted company there. They were going to do a shorter day, whilst I needed to hit my targets if I was to reach Ecuador before my visa expired.

There’s a good chance I will bump into them again in Quito where I will take a week off. 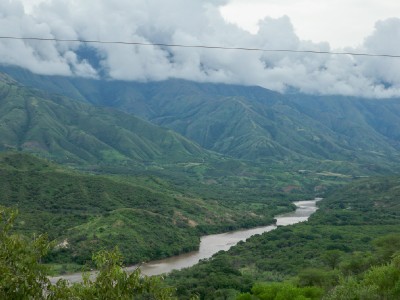 I felt pretty strong cycling today, possibly due to the constant supply of good filling food, or maybe to do with the coco leaf I chewed before leaving.

The road was not without its dangers though as this truck driver discovered. 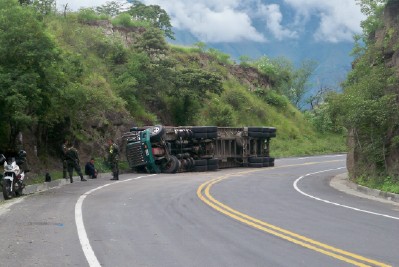 There were some nice hilly sections though, and when I hit the town of El Remolino I had definitely earned the right to call it a day – 82 km with over 1000 metres in altitude again.

Tomorrow promises to be even tougher, so rest, food and liquids were the afternoons activities !