In May 2010 I cycled through Colombia on the way from Alaska to Argentina. This blog post entry covers the day's ride between El Remolino and a random Esso Station! 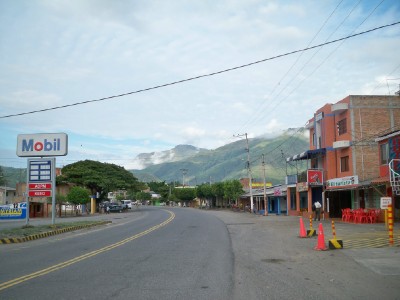 I was expecting a tough day, and I was in no way disappointed! To start off with, things were relatively easy as I cycled out of Remolino and hit the first uphill stretch. As it was first thing, I had plenty of strength and powered upwards. 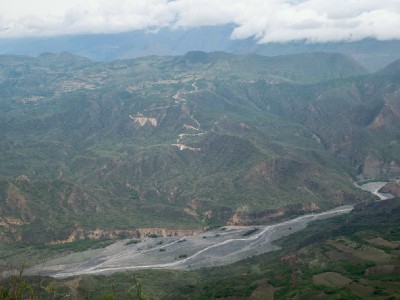 At the village of El Manzano I met Jeff and Rose again. It turned out that they had also stayed in Remolino, and were in the hotel almost directly opposite me.

From El Manzano it was a short burst up the road to El Tablon where we all stopped for breakfast. I really hope that Ecuador has the same great meals, as I will miss them!

I parted company with Jeff and Rose at the restaurant, as I cycle a little faster than them. A further 6 km of uphill, which equated to nearly an hour in the saddle saw me to the top of a 1500 metre pass. 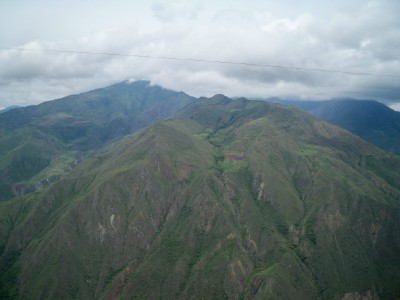 Downhills and Tunnels in Colombia

The views were absolutely stunning. One of the rewards for putting in so much effort!

There then followed a 19 km downhill section, during which I passed through a tunnel, and lost 600 metres of height.

Although the downhill section was fun, I would much have preferred to keep the height, as another uphill section then began. The section lasted the rest of the days cycling, and over a distance of 13 km I gained 800 metres of height. 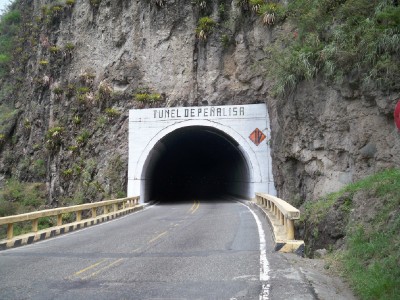 At two in the afternoon an Esso station with hotel came into view a km or so past the second tunnel of the day. Perfectly placed, as I was sweating a bit!! 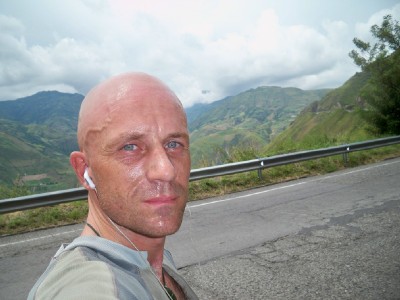 Only a 52 km day, but a LOT of climbing involved! Tomorrow promises more of the same, as I will have to peak at 2900 metres high before the descent into Pasto begins. A beer and a couple of Ibuprofen relaxed the muscles nicely !