Last Updated On December 6, 2021 by Dave Briggs Leave a Comment

The Museum of the City Of Athens is the former home of King Otto and Queen Amalia of Greece. It's one of the lesser visited museums in Athens, but incredibly interesting all the same. 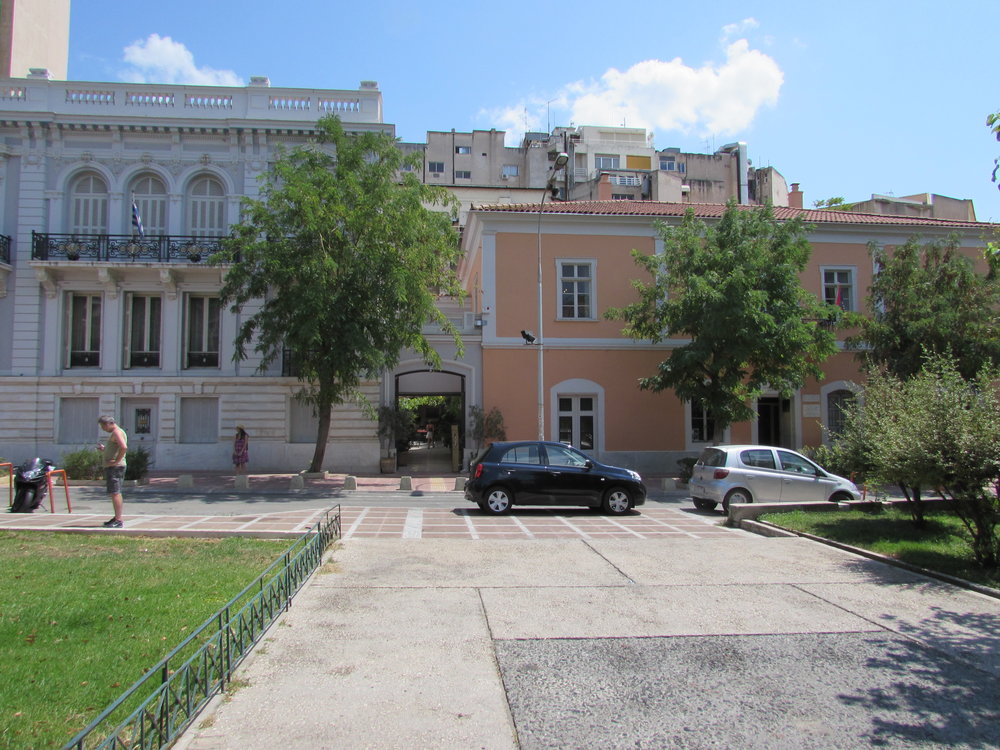 The Museum of the City of Athens

Most visitors to Athens may never hear of this place. In fact, many locals haven't heard of it either!

That's a real shame, because where else in Greece can you see the largest painting of Athens ever made, and period 19th century aristocratic furniture all housed in the former palace of a King?

So, when I used the word palace, did you have images of a huge, elaborate building come to mind? If you did, you probably want to get rid of that image, because this building is nothing like that!

That's not to say that it isn't a nice building though, because it certainly is. In fact, technically speaking, the museum of the city of Athens is housed in two buildings, which are connected by a bridge.

The first is known as the ‘Old Palace', and is one of the oldest buildings in Athens. This was home to King Otto of Greece between 1836 and 1843. The second building was constructed in 1859.

We should probably consider it to be more of a residence of the King than a palace.

Where is the Museum of the City of Athens?

The museum, run by the Vouros-Eutaxias Foundation, can be found on Paparrigopoulou Street in Athens.

This puts it almost at the centre of a triangle, between the Numismatic Museum Athens, Manas Kouzina Kouzina (one of my favourite places to eat in Athens),  and the Panepistimio metro stop (the closest metro station).

Inside the Athens City Museum

The museum is spread out over different floors and buildings. It gives you a good overview of the development of the Greek capital and the city's history.

Here's a rough idea of what you can expect if you visit, and what the museums includes.

Here is also the huge city of Athens painting by Jaques Carrey, which measures an incredible 3 metres by 5 metres. Sadly, the room is kept darkened to preserve the painting, which by consequence makes it hard to see.

The ground floor also has a large video interpretation of the construction of modern Athens which is available in both English and Greek.

I thought this was an excellent feature, and really helped to improve my knowledge of not only the way the city was developed in the 19th century, but also how the Acropolis looked from different angles. 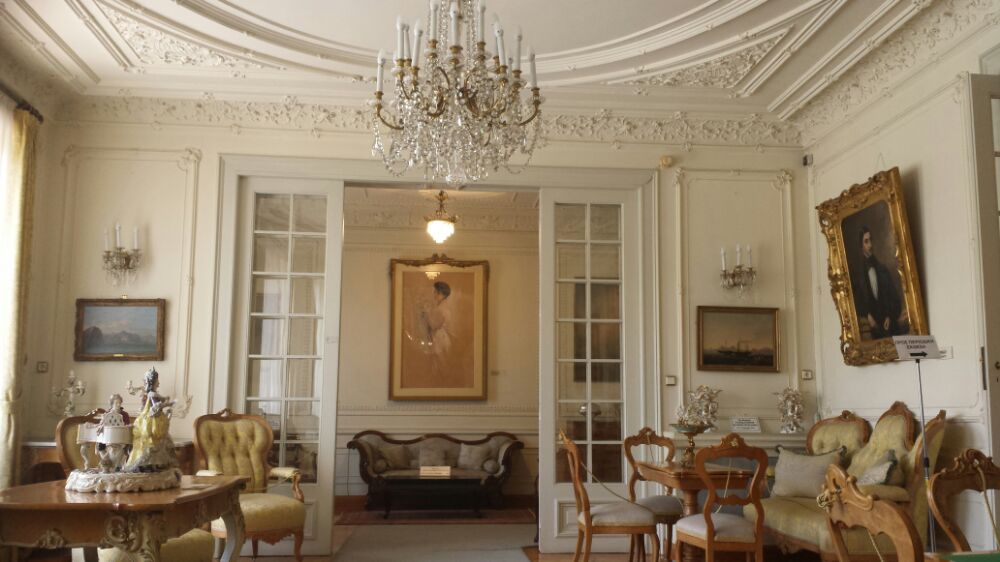 This was my favourite part of the museum of the city of Athens. Each room has been laid out with furniture dating from the 19th century. It was like walking through a living room from 200 years ago!

The exhibits include sculptures, living rooms with furniture from the Royal couple, and a sense of regal opulence. 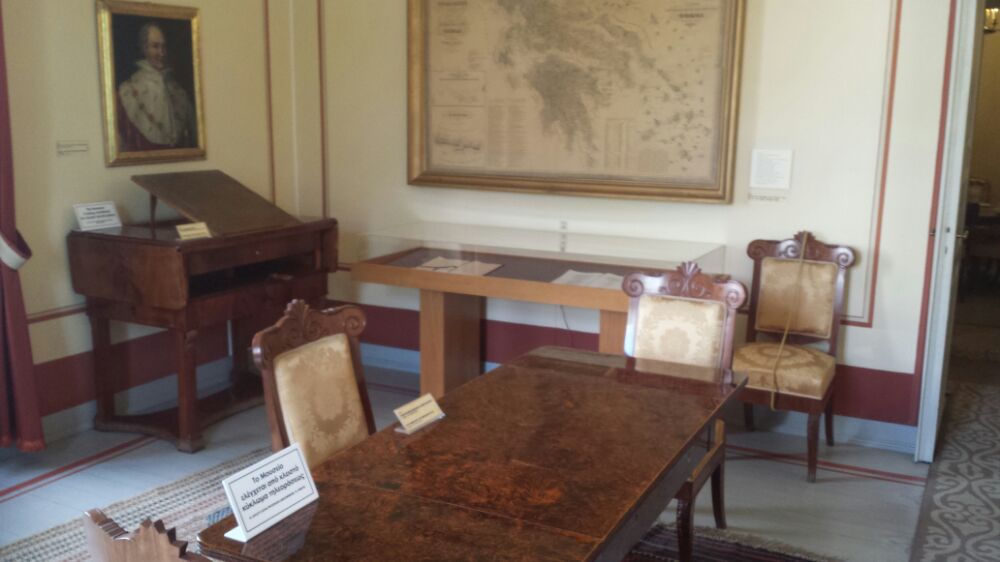 In a way, this felt a little like walking through an English Stately Home. Chandeliers, carpets, books, and other artefacts dating from the time of King Otto completed the feel. 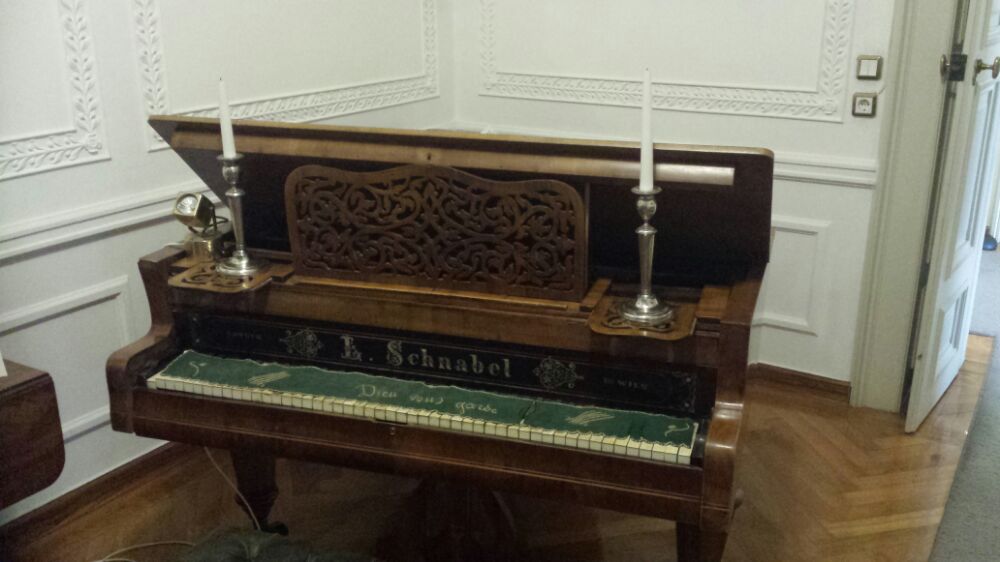 I haven't had the chance to visit every museum or old building in Athens yet, but I get the impression this is something very unique not just for Athens, but for Greece. 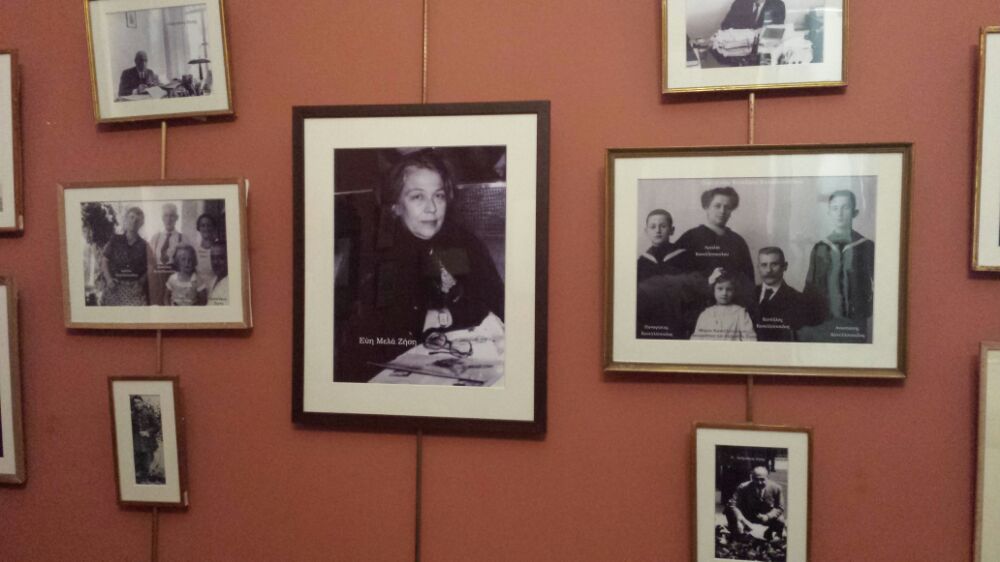 It almost looks like you shouldn't be heading up the stairs to the 2nd floor, but go up you should. At the top, is perhaps the best air-conditioned room in Athens on a hot August day!

Inside this room, are temporary exhibitions which feature Greek painters. One particular series featuring Theodoros Kolokotronis when I was there fitted in very well with the overall theme of the museum.

There is one other very nice addition to museum of the city of Athens, and that is a very pleasant outdoor cafe. It is one of the “secret garden” cafes of Athens, along with the one at the Numismatic museum. Hmm.. sounds like there might be a travel blog post in that some day!

You can find out more about the Athens City Museum (in Greek only) here: http://athenscitymuseum.gr/ 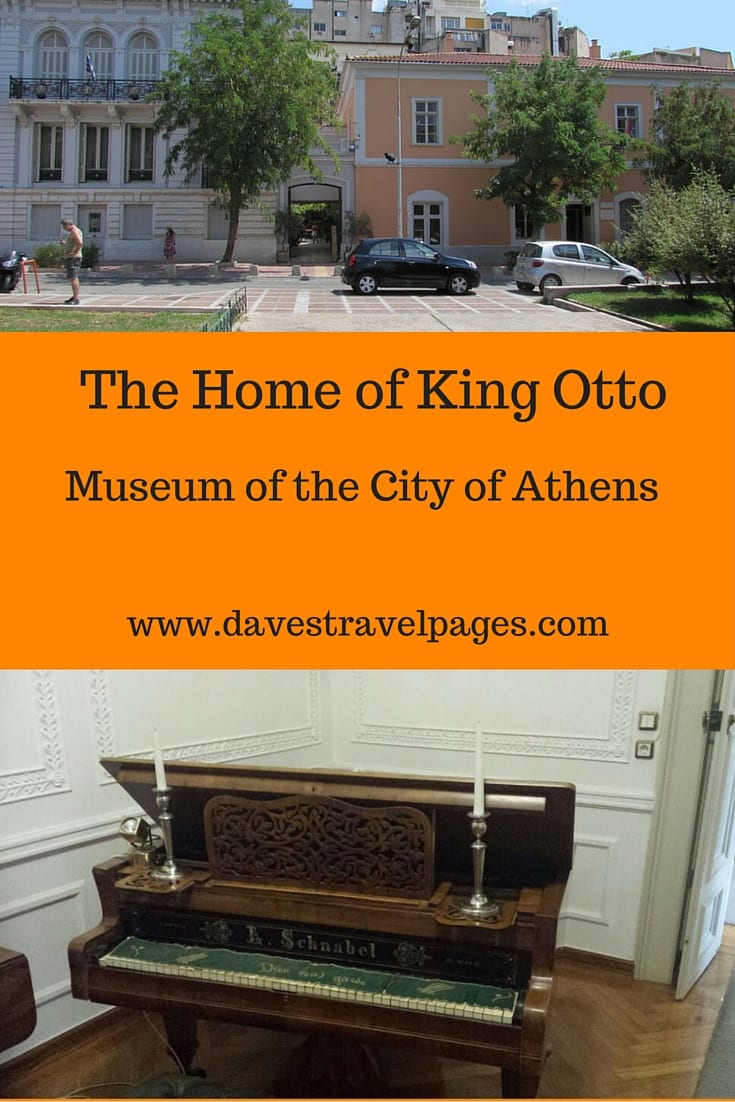 I visited the Museum of the City of Athens as part of my ongoing challenge to visit all the museums of Athens. With over 60 museums, it is a project which may take some time to complete! Please read my full guide on Athens city museums for more.

Dave is a travel writer who's been living in Athens since 2015. In addition to writing this guide on the city of Athens museums, he's created hundreds of other travel blogs about Athens and destinations throughout Greece which you can find here on Dave's Travel Pages.