The Numismatic Museum is one of the most important museums in Athens displaying a huge coin collection of ancient coins. 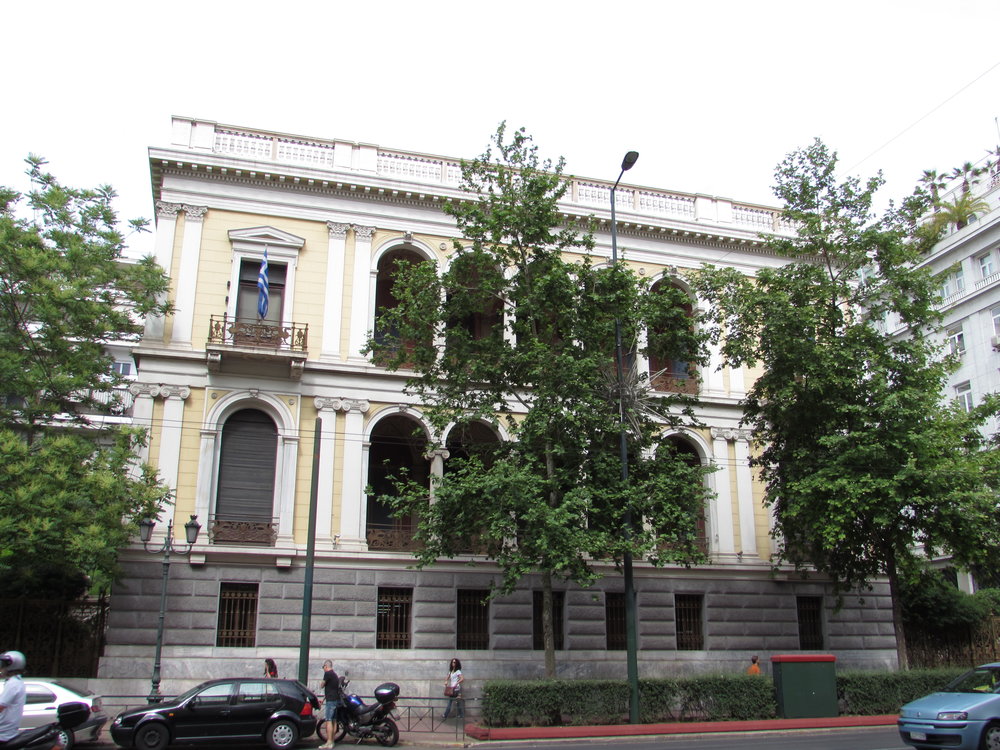 Housing a massive collection of coins dating from the ancient Greek world, Byzantine Empire, medieval Europe, and the Ottoman Empire, the Numismatic Museum is one of the most important public museums in Greece. It might not be one of the main reasons Athens is so famous, but if you're a coin collector, it will be heaven!

When I was putting together my list of museums in Athens, there was one name which stood out. The Numismatic Museum of Athens.

I can't really explain why the name sticks out so much, but it does. Say it a few times, and see for yourself. Numismatic. Numismatic. See what I mean?

It has a certain feel to it that I can't quite put my finger on. Anyway, enough of that. I had actually better write about the place now!

The Numismatic Museum is based in a mansion called the Iliou Melathron. This was once the home of world famous German archaeologist Heinrich Schliemann, who made important finds in Mycenae and also discovered Troy.

The building can be found at 12 Panepistimiou Street in Athens, and the closest metro station is Syntagma. It is about a 10 minute walk from the station to the museum, and you could check out the changing of the guards along the way. 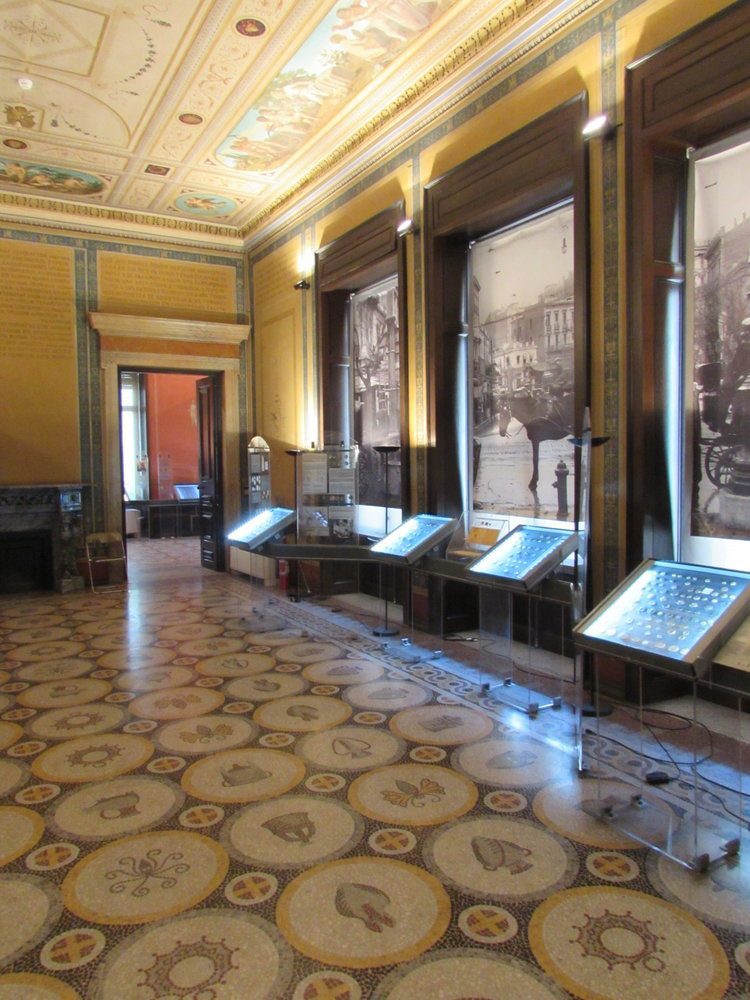 The building itself is quite fascinating both inside and out. It has been recently restored and renovated, and has detailed mosaic floors as well as decorative ceilings. There is also a curious theme which runs throughout the Iliou Melathron, and that is the use of a left facing swastika. 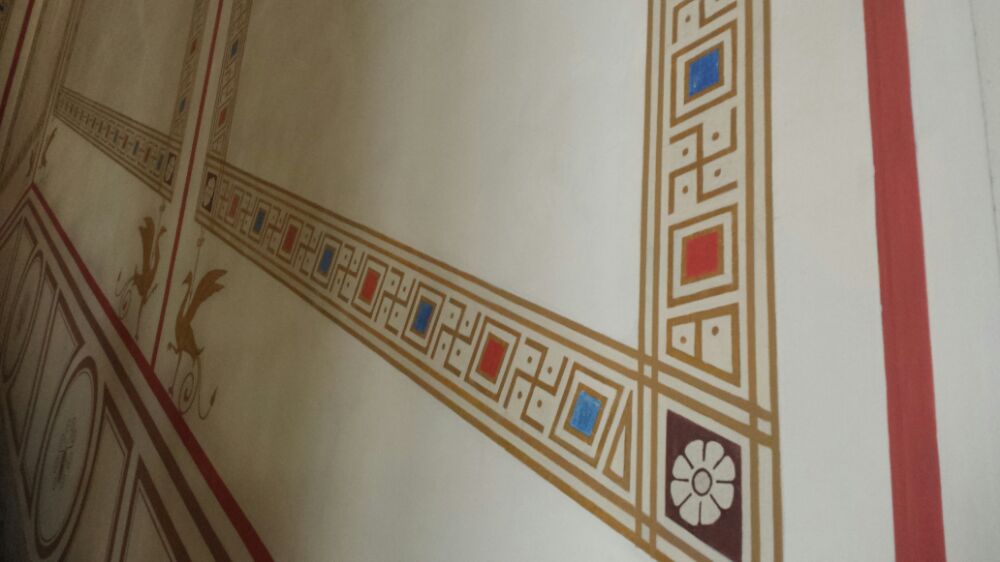 In the western world, we mainly associated the right facing swastika at an angle, with the Nazi party of pre-war and wartime Germany.

In effect though, they had hijacked a pre-existing symbol for their own purposes. The use of left and right facing swastika symbols stretches back to Neolithic times, and is believed to have originated in the Indus valley area.

Even today, it is a common symbol used by Buddhists and Hindus. The reason that Heinrich Schliemann incorporated its use in the design of the mansion, was because he found several motifs in Troy which included this symbol.

Inside the Numismatic Museum of Athens

The Numismatic Museum is laid out in a way that follows the history of coins, from ancient Athens and Greece through to the introduction of the Euro.

The collection is comprised of coins discovered in ‘hoards', private donations, and discoveries made at excavations. The coins are well displayed in side lit cases, which illuminate them perfectly, but do make it a pain to take photos. 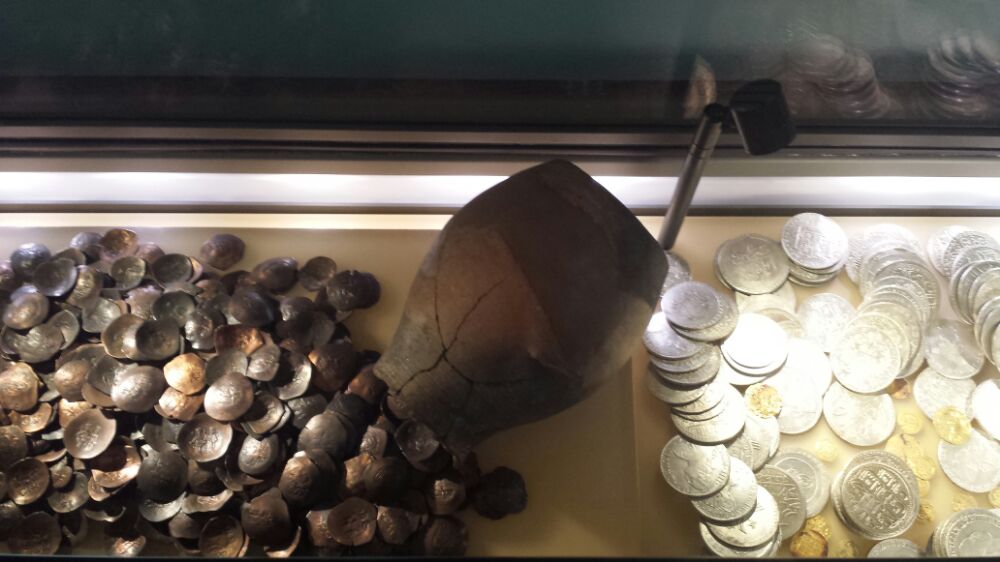 When I visited the museum, there was an interesting exhibition sponsored by Alpha bank called – “Athenian Archaic Coinage: Mines, Metals and Coins”.

This was a very well put together exhibition, and runs until the end of October 2015. After this date, the exhibition will either be extended, or a new one will take its place. 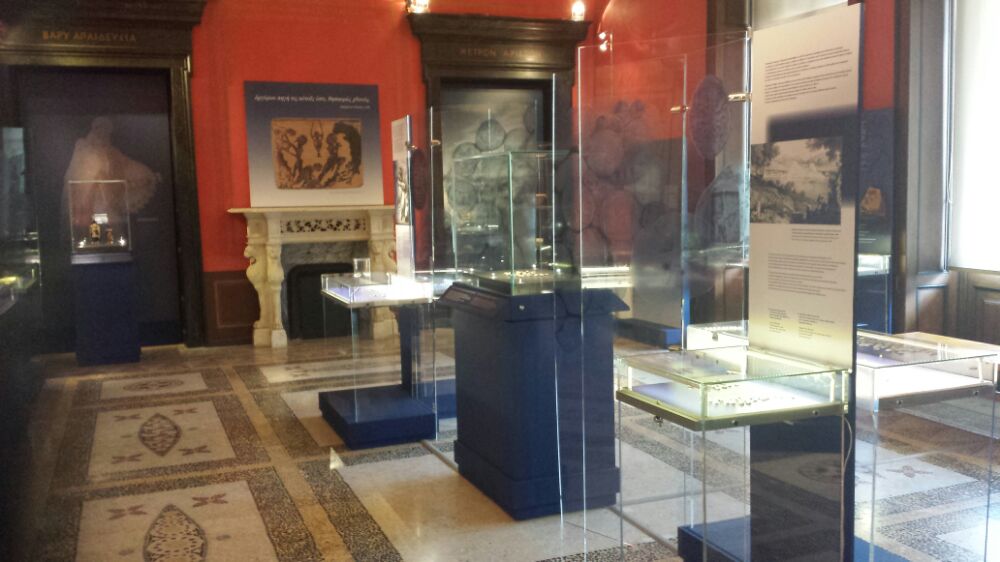 There is a lot to take on board, and towards the end, I was a little ‘coined out'. This is not to say that it wasn't interesting though.

It helped to patch some holes in my knowledge of the ancient Greek world, such as how each city state produced and minted coins.

It was also very interesting to see that even in ancient times, issues such as inflation and fraud were major problems. 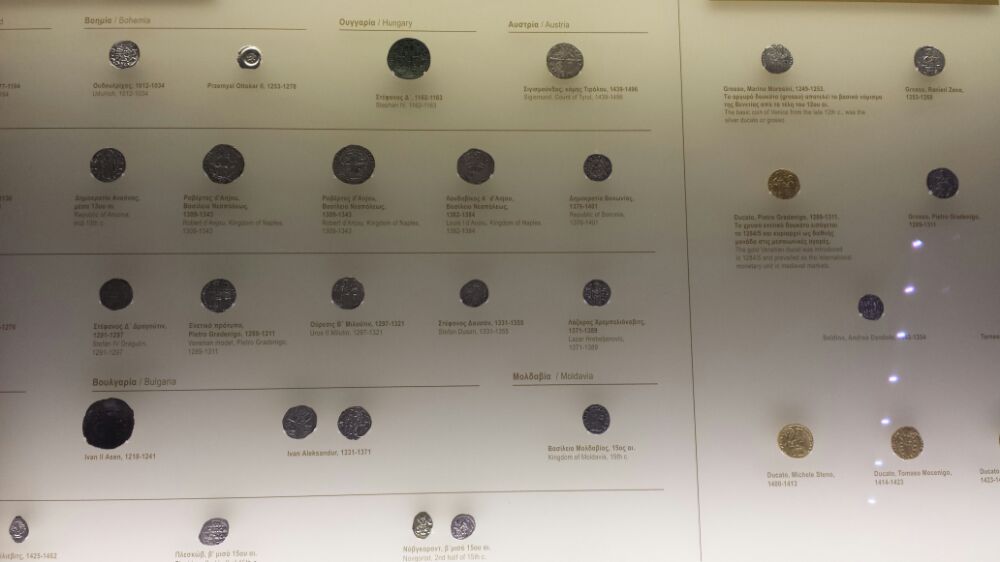 Final thoughts on the Numismatic Museum of Athens

If you are numismatist (check out the long word!), then you will love this place. Non-numismatists can expand their knowledge of Greek history, as well as some of the history of the Mediterranean area.

If you like bright shiny things, and money, then it will also appeal. In fact, anyone who is spending longer than 2 days in Athens should definitely include the Numismatic Museum on their sightseeing itinerary.

It is also a nice place to have a Greek frappe and a snack. The cafe is located in one of the ‘secret gardens' of Athens, and has a very relaxed feel to it. A welcome break from a city which at times can seem all concrete, noise and traffic! 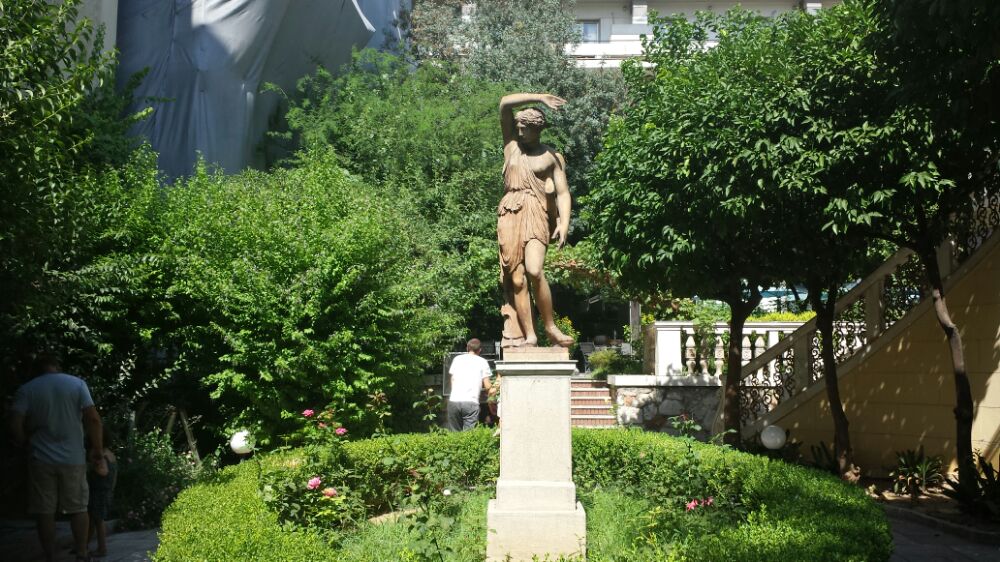 If you have any questions about the Numismatic Museum of Athens, then just leave a comment below. For a full list of the museums in Athens take a look here – Museums in Athens.

Finally, take a look here for my ultimate guide to Athens.

Readers planning to visit the Numismatic and other museums in Athens often ask questions similar to:

Where is the Numismatic museum?

The Numismatic Museum is located at Iliou Melathron, El. Venizelou (Panepistimiou) 12, 10671 Athens. The nearest metro station is Panepistimiou, and the museums is about a 5 minute walk from Syntagma Square.

Is the National Archaeological Museum in Athens Open?

What is the Acropolis museum known for?

The Archaeological Museum of the Acropolis in Athens, Greece, exhibits artefacts discovered on the site of the ancient Acropolis. The museum was constructed to house all of the antiquities unearthed on the rock and surrounding slopes, from ancient Greece through Roman and Byzantine times.

How much is the National Archaeological Museum Athens?

Dave is a travel writer who's been living in Athens since 2015. In addition to writing this guide on the Athens Numismatic Museum, he's created hundreds of other travel blogs about Athens and destinations throughout Greece which you can find here on Dave's Travel Pages.