After an extended stay in San Blas, it was time to get back on the bike and continue cycling through Mexico. Here's the day's travel blog post.

Getting back on the bike again felt a bit alien after such a long time, I must say ! Perhaps it was because the bike was lighter, as I had stripped out 10 kilos of stuff, but more likely, it had something to do with the incredible laziness of the past two weeks! 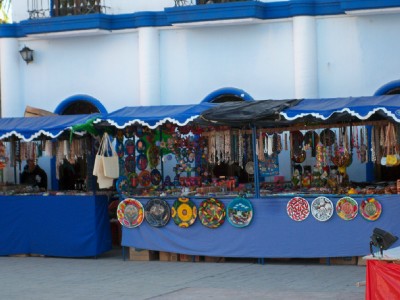 The route from San Blas to Las Varas was straightforwards, and as it followed minor roads, traffic was thankfully minimal. The road passed through some very green countryside, and banana plantations were a frequent sight.

A few hill climbs were thrown in, which I didn't feel too much at the time despite the cloud cover locking in almost 100 % humidity.

On reaching Las Varas, I found a hotel quickly enough, and although Hotel Florida was basic, it was good enough for me! After a much needed shower, I got some supplies in and rested the afternoon away. 80 kms. Not bad.