Last Updated On December 9, 2019 by Dave Briggs Leave a Comment

During my bike tour from Alaska to Argentina, I took some time off in La Paz Bolivia. This blog post covers some of the things I did in La Paz.

This travelogue update is split into two parts, this one, which covers just the general stuff, and the next update, which covers a fiesta for the Virgen del Rosario, which happened whilst I was here.

So, about my time off in La Paz, Bolivia…

I had met Heidi here in La Paz, and we got an amazing deal on Hostal Estrilla Andina, a place that would have normally been far out of my budget, but by splitting the room cost, and negotiating a good price, we were in a 3 star hotel for a price far less than that of staying in a backpackers haunt.

The hotel included a great free breakfast up on the fifth floor with awesome views over La Paz, an amazing WiFi signal, reliable hot water and a general level of comfort that is absent from my normal standard of hotels !

On the second night in La Paz, I arranged to meet someone that I have known through online gaming for a couple of years, who happened to be in La Paz on business. 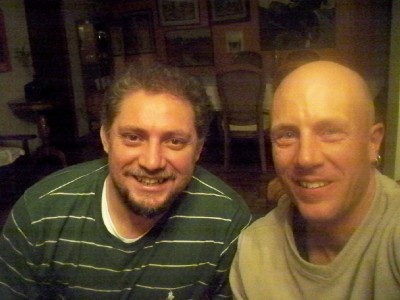 Gerado is originally from Argentina, but is now living in Uraguay, and was in La Paz for a couple of weeks on business.

We met up in a restaurant serving some incredible steaks, and it was great to finally put a face and voice to someone I have known through gaming for a couple of years or more.

His English was far better than my Spanish, and conversation ranged from gaming (obviously!!) to politics, family, and a hundred subjects in between.

After dinner, we went back to his company apartment for a few more beers… great views over the plaza there!! It was a real pleasure meeting up with Gerardo (Ger in the gaming world!!), and if you are ever in England buddy, I will treat you to fish and chips with a pint of John Smiths!

Can I earn money online?

I spent a little while updating one of my websites, the Spanish hostal booking one. Using some of the money that I had earned through Freelancer, I had paid another Freelancer to write me 15 city articles in Spanish. I hope that this small investment will help to make those pages get more visitors.

Along with other website tinkering, I had to plan my onward route. I hope to cycle through two salt pans on my way southwards, which should be a great adventure. I have even bought a compass – Must be going pro!

From Friday through to Sunday, a fiesta was also taking place, and for this, the hotel room was ideally placed with a birds eye view down onto all the action. Read about that in the next article!