On this day of my bike tour from Alaska to Argentina, I cycled from Huarina to La Paz in Bolivia. Here's my blog post from the day's cycling.

Cycling to La Paz in Bolivia

The suns ray's were strong as I pedalled away from Huarina and headed towards La Paz. Today's ride was just a short one at 65 kms, but it would involve cycling through a city of some 2 million people, which I think makes it the largest city I have been in since Quito, way back in Ecuador.

The wind was with me for the most part, and I set quite a good pace. Not quite good enough to keep up with a Bolivian road cyclist out on a training run, but my bike and gear did weigh 4 times as much as his did!

Approaching La Paz, I went through a superb called El Alto, where the traffic turned a bit crazy. Through that though, and it was a wonderful downhill descent into La Paz, with some nice view points looking out over the city. 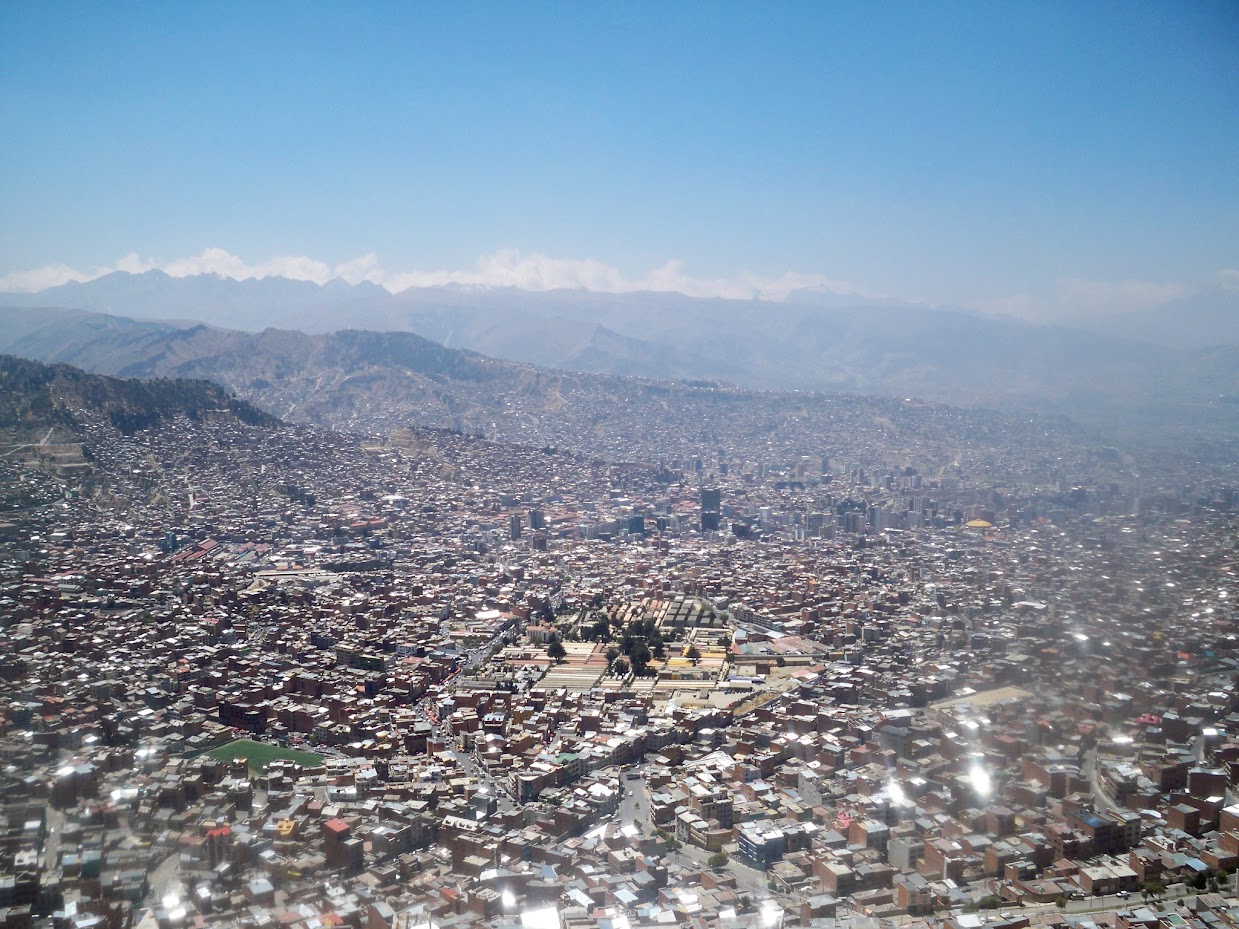 Negotiating my way into the centre was relatively easy, despite a dumb four wheel drive nearly running over the trailer. His front bumper went over the trailer wheel, but luckily both trailer and bike seem fine.

I eventually ended up at the hotel Heidi had arranged to meet at, although it turned out we actually had to go to another one. Its extremely posh, and would normally be out of budget, but they carried the price over from the booked out hotel which was a result.

A fabulous British style Indian curry for dinner, and when I got back, I was extremely happy to find that not only had I been paid for my freelance work, but that also, I had been paid a bonus. Thanks very much!

It also looks as though there is more work on offer, and so now my mind is spinning with possibilities to earn some cash through my writing so I can support myself as I travel, and perhaps extend my trip by some months. (Well, lets see what happens!!).

Tomorrow will be interesting, as I am meeting up with a guy I know through online gaming, who also happens to be in La Paz… Small world!!