Leaving La Paz, I continued my bike tour through Bolivia. This blog entry covers the day's ride from La Paz to Patacamaya in Boliva.

Cycling out of La Paz, Bolivia

Heidi had left La Paz the previous night, and so it was back to eating by myself again for breakfast. She is now heading further south in Bolivia, and has about 6 weeks of travelling left before she goes home. 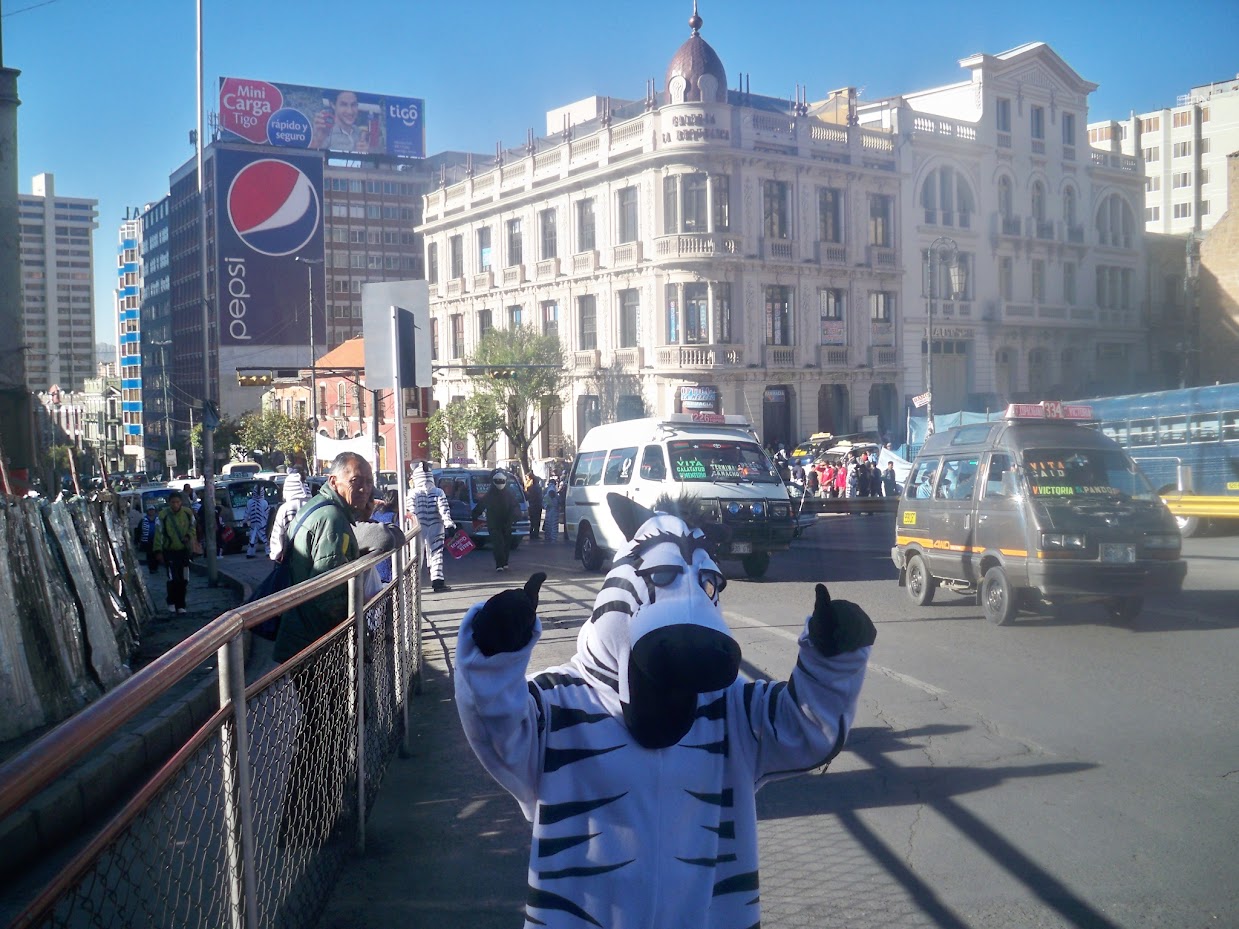 We are aiming to meet up again somewhere along the line, but as of yet we don’t know where or when, so we’ll just have to see what happens.

For me though, the road further southwards beckons, and it was time to leave La Paz behind.

Exiting La Paz wasn’t as bad as I had building it up to be, and once the initial craziness was over, including dancing zebras, it was easy going on the autopista as I headed up 400 metres back to El Alto.

El Alto was a chaotic mess of bottle necking traffic, combis stopping to pick up passengers, and the police, who waved over drivers for document checks.

Still, I managed to get through it all ok, although not entirely without incident, as it was there that my poorly front rack decided that it had had enough, and called it a day by snapping.

A bit of a pain, but I cant say that it was all that surprising, as it had been on the way out for a while.

As luck would have it, the panniers fix onto the bob trailer quite nicely, although it does make it pretty wide. I hope its good enough to get me to Oruro, where my mission will be to find a new rear rack.

The cycle ride today was pretty straight forwards, and when the snow capped mountains surrounding La Paz had been left behind, it was a touch on the dull side. 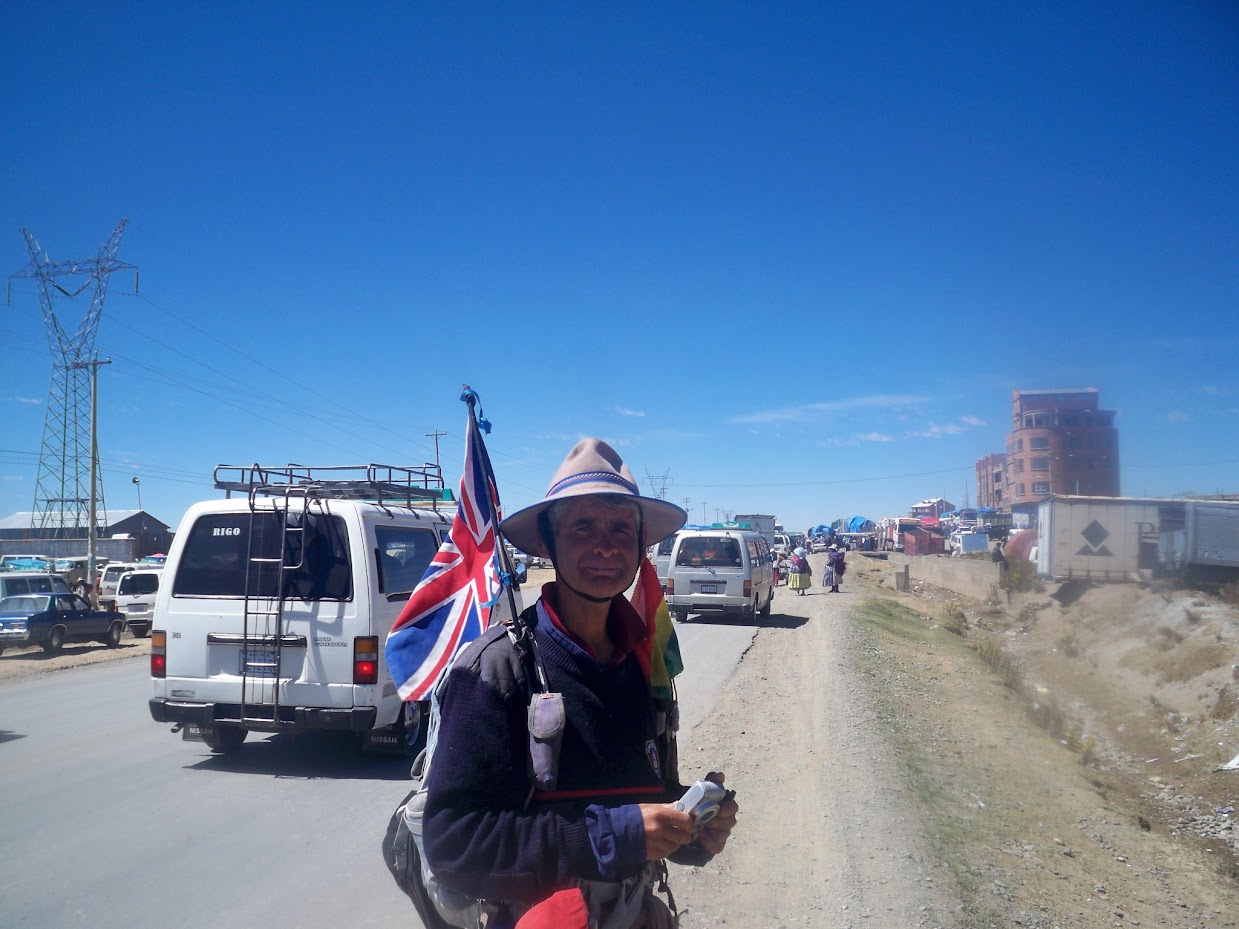 Along the way, I met Martin, a guy from England, who has been walking around South America for a few years. It was quite hard for me to understand what route he was taking, as he seems to be going in circles, but each to their own! 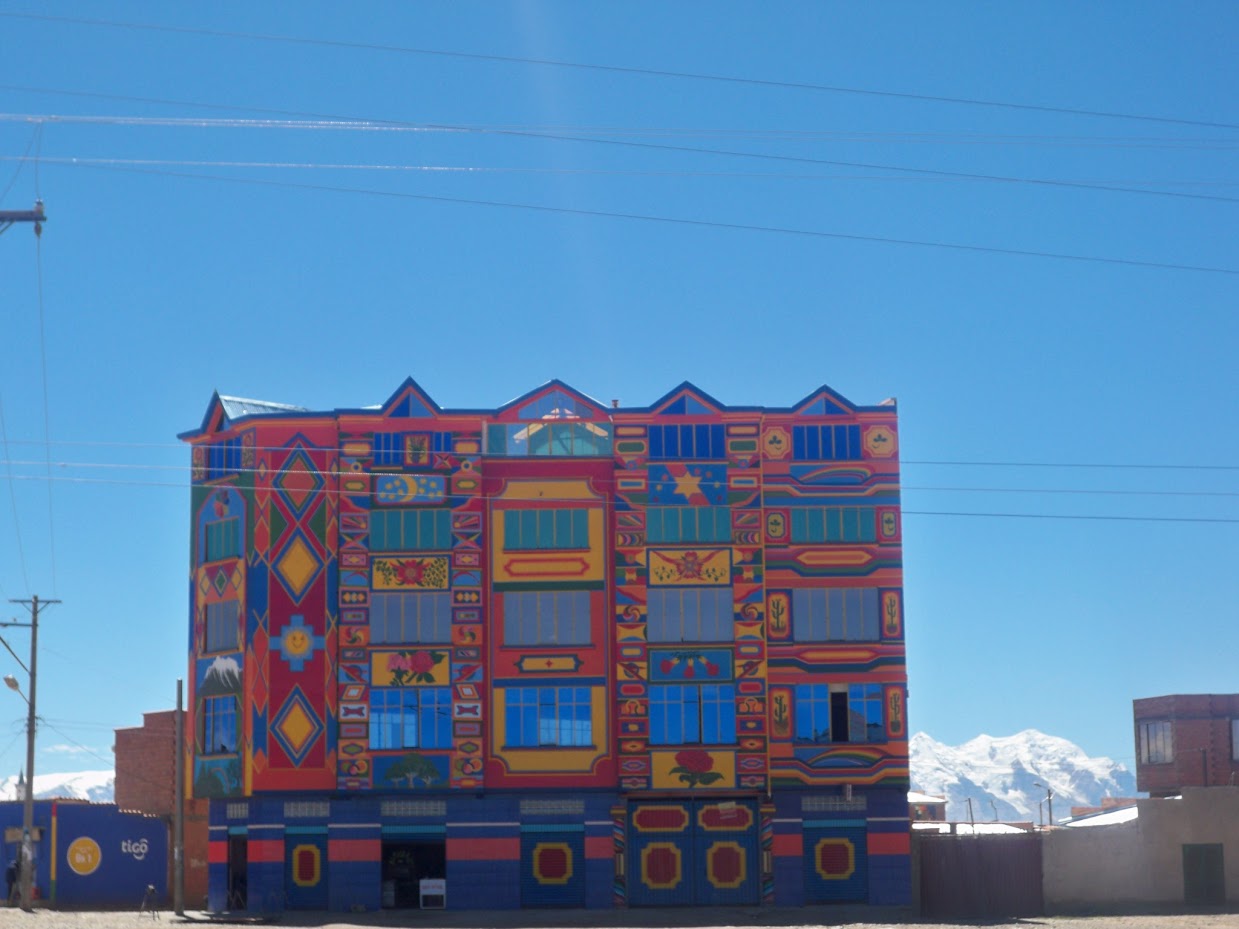 This building stood out in the middle of nowhere – a bit odd!

A 100 km day saw me to the town of Patacamaya, where I found a 15 Boliviano a night room Looks like I have to get used to lumpy mattresses, busted springs, small rooms and cold showers again!