This bike touring blog post from Mexico covers the day's cycling between Tizupan and Coleta de Campas. Part of my Alaska to Argentina bike tour.

Up and away early again, but it goes without saying that it was warm! After the first hour, the going got a little easier, although I would still have welcomed twice the distance on flatter roads!

After a few hours, I reached Caleta de Campos. There were a couple of places I could have wild camped just before the town, but I was low on supplies, and cycled up the hill to the centre. 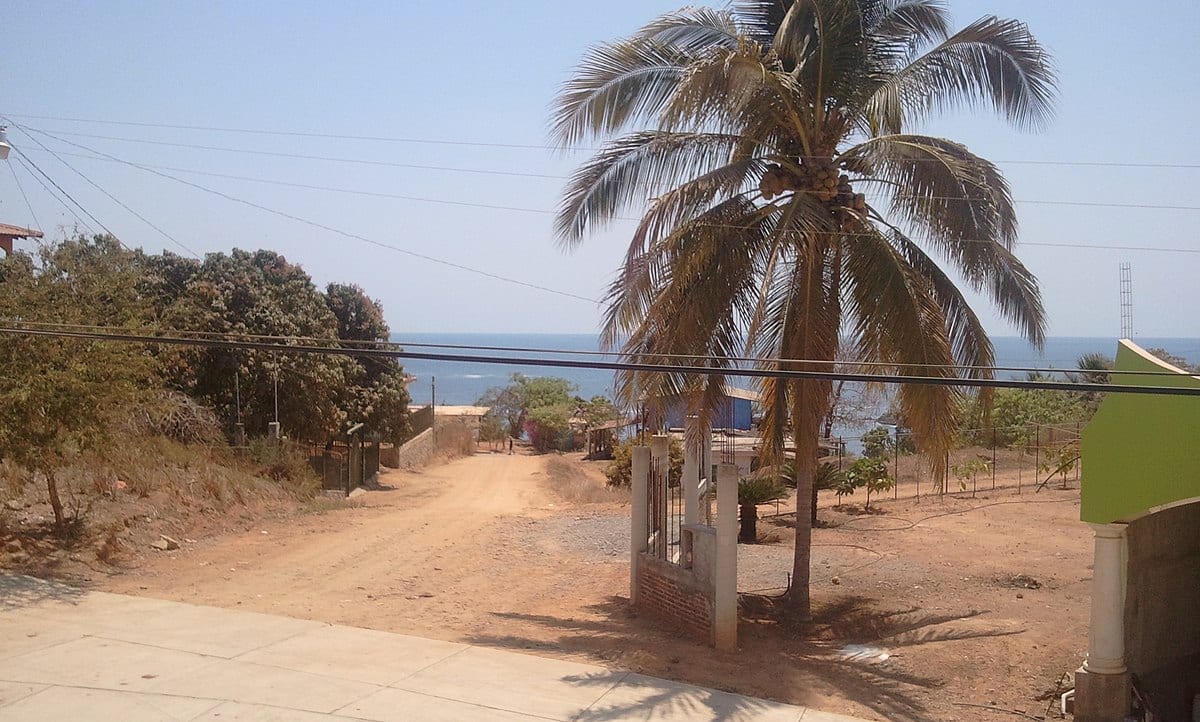 With food bought, I had a look around the town for somewhere to stay. All the hotels were overpriced, but with no wish to go back down a hill I would only have to cycle up once more in the morning, I settled for Hotel Arcos.

At 300 pesos, its not only above my entire daily budget, but also was charging double that other hotels had charged for similar rooms. Still, with the thought that it was my birthday the next day, I begrudgingly took it.

What happened to Lonely Planet?

Looking in my digital version of the Lonely Planet guide, it came as no surprise that it was recommended in there.

I really don’t know what happened to the Lonely Planet over the years – They either recommend places to stay that are not at all for budget travellers, or they recommend ‘budget’ places which are overpriced and shoddily run.

Anyway, that my grumble over and done with. I’m getting the practice in, because tomorrow I am a year older at 38, and feel its now my right to moan at things!