I continued the bike tour through Canada by cycling from Boya Lake to Dease River Crossing campground along the Cassiar Highway. The scenery and landscape was simply stunning!

Although it rained throughout the night, I awoke in the morning to a clear blue sky. To actually feel the suns warmth after so many days of rain and overcast skies felt good. It made my porridge taste better too !!

I knew that I had better make the most of the weather, so when I was refuelled, I set off. The first hour was a bit dull, but then after that, the scenery was spectacular.

A lot of people have said that the Cassiar Highway is one of the most scenic routes in Canada, and they were right!! After a brief stop off at Jade City, where I had a free coffee and a chat with the girls working there, it was back onto the road. 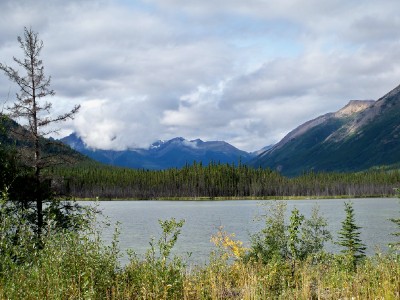 Photos of the Dease Lake Highway

My amateurish photos taken with an amateurish camera don't do the route justice, so I will try to describe as best as I can.

The recent rains had evaporated from the traffic free roads, but had left the surrounding forests a hundred different shades of green. Snow topped mountain loomed ever nearer, and on either side of the road, lakes of dozens of different colours reflected the hills and trees. Whenever I stopped, everything was still and silent, apart from the occasional bird call and a gentle wind blowing through the trees. The smell of pine was in the air, and every now and again as I cycled, I could hear the sound of streams, creeks and waterfalls.

There, I think that about did it ! 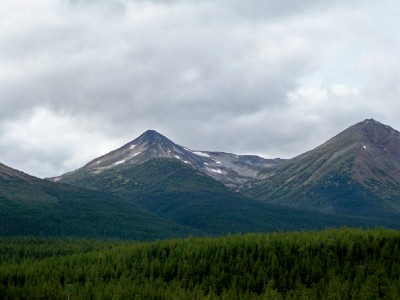 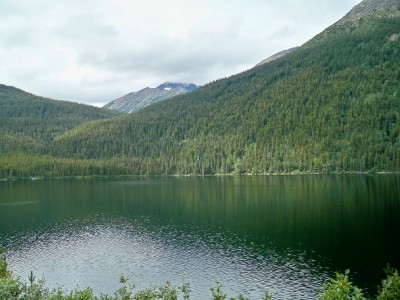 I stopped at Dease River Crossings Campground for the night and it was a good little find. It has the smartest communal room I have ever seen, and the bathrooms are without doubt the best I've seen also, and well worth the extra $4.00 I paid to use them… Yes, they were THAT good !!

The owner even let me set my tent up underneath the sheltered picnic area, which proved to be a bonus the following day. 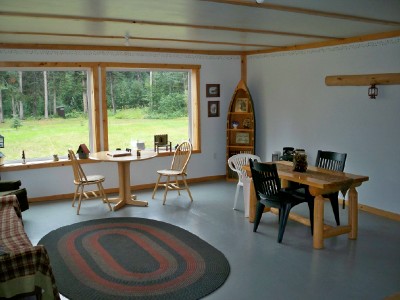 Read more about this cycle tour

Here's some links to more blog posts written during this cycling trip:

– Dave Briggs
Dave wrote this travel guide about cycling to Dease River Campground in Canada when cycle touring from Alaska to Argentina.