Unlike many countries, China has a number of dock-less bike hire schemes in its biggest cities. Rowena Li from A Nomad on the Loose shares her experiences using them.

As part of our continuing series to share people's experiences of using city bike hire schemes around the world, Rowena Li introduces us to the dock-less bike share systems in Chinese cities. Don't know what an Ofo or a Mobike is? You will soon!

One of my most poignant memories of China in the early ‘90s is bikes. Roads swamped with bikes, bikes, and more bikes. By the time I visited as a teenager, more cars shared the roads that used to be dominated by bicycles.

When I was in China in 2012, it seemed like bikes were starting to become less and less popular. Yet thanks to a few enterprising startups, biking has once again found its spotlight in China over the past 2-3 years, this time in the form of dock-less bike sharing. 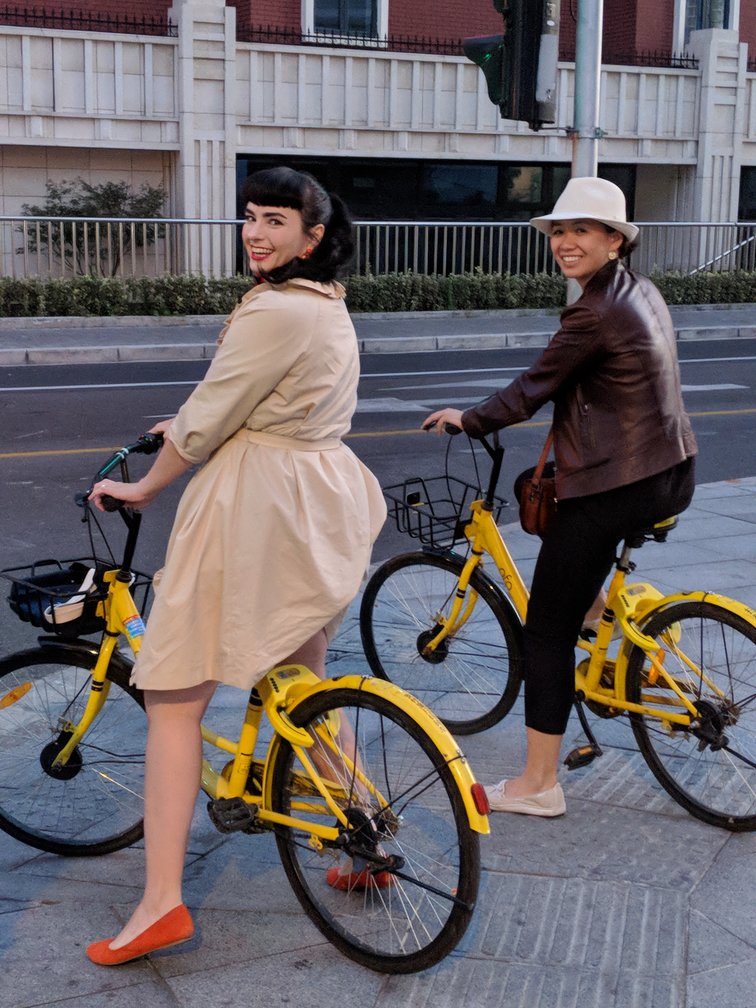 Ofos and Mobos – Bike Hire in all colours!

These days, it's impossible to walk around China’s biggest cities without seeing the rainbow array of bike sharing bicycles. The orange Mobikes, yellow Ofos, and many other smaller competitors using various branding colors.

The genius of these new bike sharing companies is that it's bicycles on demand. You find the nearest bike, ride it to where you want, and simply find a spot on the sidewalk to park the bike when you're done.

When you need to go somewhere else, you pick up another bike. This convenience has not only changed the face of bicycle ownership in urban China, it's also incredibly useful for tourists. Unlike the usual bike hires, you're no longer tied to specific pickup and dropoff spots.

The biggest players in the space are also those that most visitors will use, as they have the most bikes and are the ones with English apps in the App Store and Play Store.

(The smaller companies’ bikes can be accessed via a QR scanner but often require a Chinese phone number for registration.) Simply download the Mobike or Ofo app (or both for maximal convenience), put down a refundable deposit (typically between ¥99-¥299), add a payment option, and find yourself a bike. 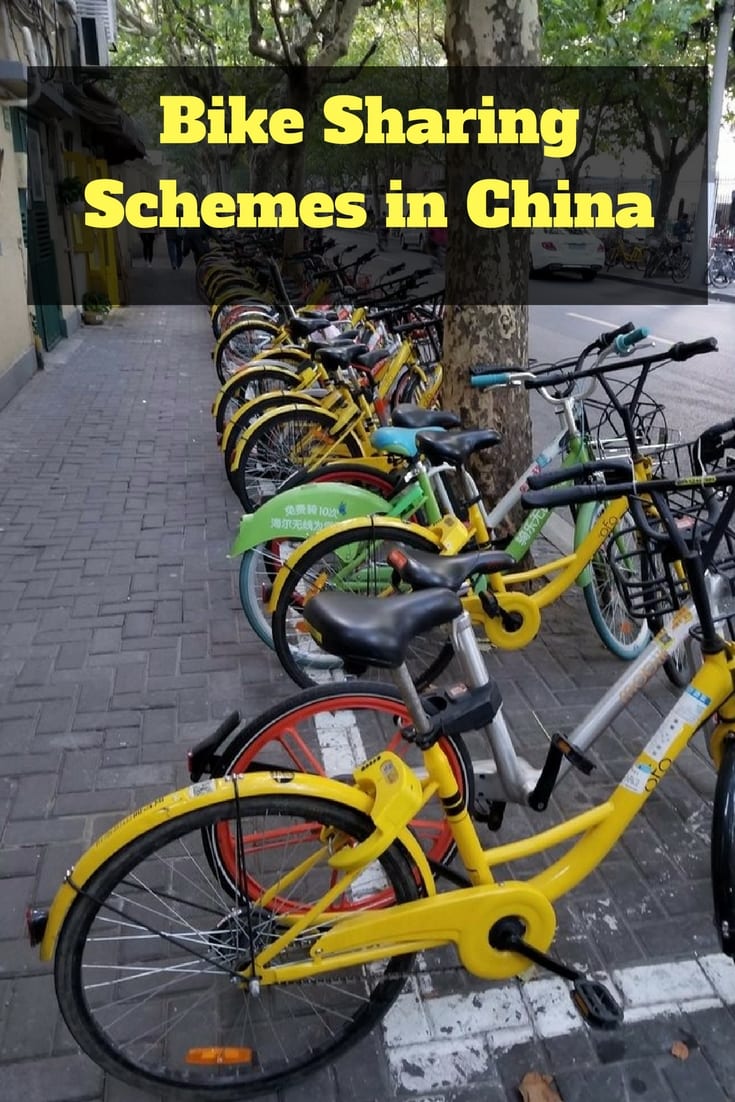 Each type of bike operates slightly differently, but generally you open the respective app and scan the QR code on the bike. Then follow further instructions, if any, and get going.

Once you're done, make sure to lock the bike as instructed, confirm your ride as completed, and be on your way to wherever.

The rides are incredibly cheap, typically costing no more than ¥1 per half hour. These days, however, rides often end up being free or extremely discounted as the various companies run endless promotions to vie for more customers.

Cycling on the roads in China

Once you get a hang of how to navigate the slightly chaotic Chinese roads, these bikes are your best friend in getting around cheaply and without too much traffic (with a side of exercise!).

They're wonderful for exploring large cities such as Shanghai and for getting a little outside the city without having to hire a car. I even biked from the Hangzhou Train Station into the old city once with my 46-liter pack because it was way more convenient and cheaper than public transit and taxis.

As with all startups, there are still kinks, so there is a certain amount of patience required at times. The most common issues I encountered were “service not available” messages and certain bike models not working with the English apps.

The easiest fixes here are simply to log out and back into your account and to try a different bike. 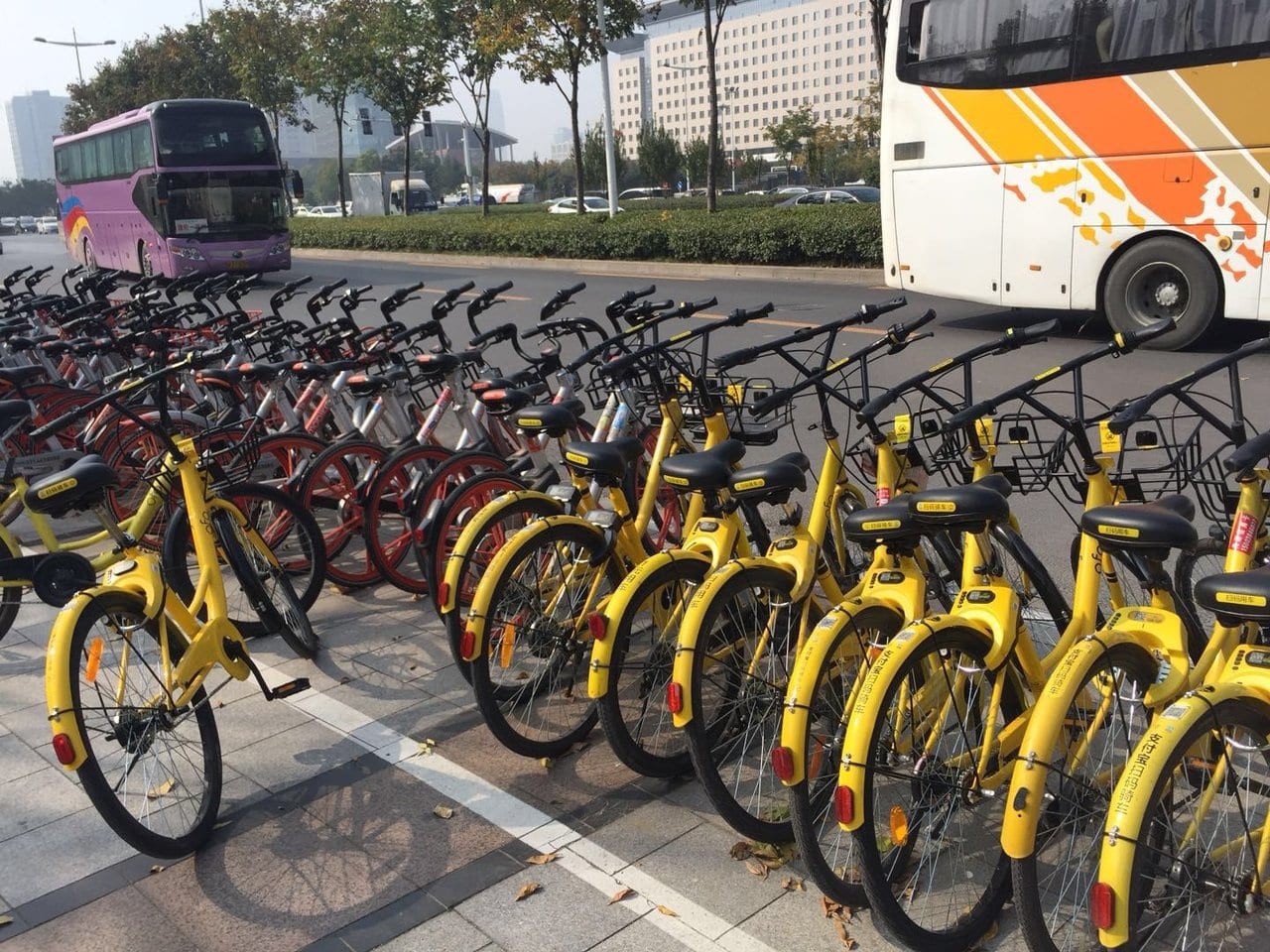 Once you get used to these dock-less bikes, it can feel quite inconvenient to go back to regular bike hires and docked bike sharing systems. Mobike and Ofo have already expanded overseas, however, and continue to push into new markets. So it might just be a little longer before there are dock-less bicycles in more cities, making tourism via bicycle a convenient option across the world.

Find out more about Rowena 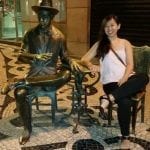 Bio: Rowena Li is a San Francisco-based traveler who seeks places steeped in tradition and/or natural beauty. She shares the allure of the places she visits on A Nomad on the Loose, mixing history, opinions, and photos with practical logistical info. She's currently traveling throughout Asia.

At the time of writing, there are over 1000 city bike hire schemes all over the world. We'd love to hear about people's experiences of using them, so, if you would like to write a guest post on the subject, please contact me at – dave@davestravelpages.com.