During my bike tour from Alaska to Argentina, I wrote a blog post a day. This one is from when I was cycling from Uripa to Andahuaylas in Peru.

Cycling out of Uripa, Peru

This blog post was written September 7th 2010 as part of my bike tour from Alaska to Argentina. If you're wondering who Agusti is, I'd met him a couple weeks earlier, and we teamed up to cycle a thousand or so kilometres together in Peru.

Leaving Uripa, it was back to cycling uphill, as Agusti and myself headed to the 4000 metre mark once more. 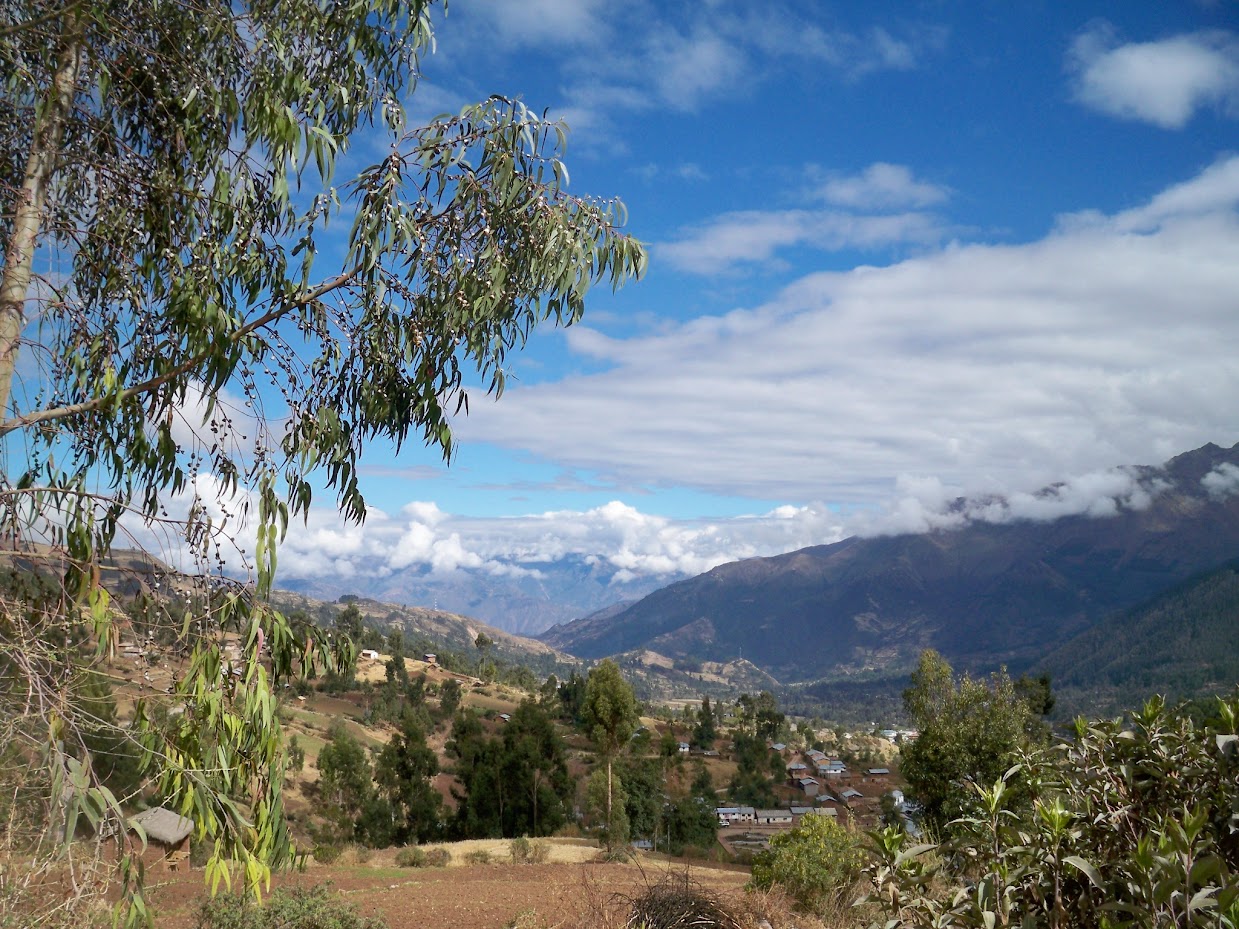 We took it pretty easy, stopping after every hour for some food and drinks, as a 1000 metre height gain over 30 odd kilometres all above 3000 metres is always a bit challenging!

There were some great views of course, cycling up among the windswept cattle grazing countryside. 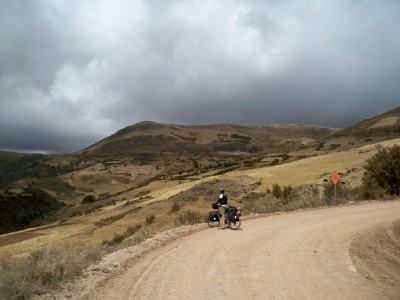 Eventually peaking, the downhill began along the unsealed road perhaps now only a couple of months away from being surfaced. It will certainly improve transport and communication between these highland towns and cities, something Peru needs if it is to develop further.

It's going to rain…

A diversion took us through a hillside full of Eucalyptus trees (not indigenous), and towards the city of Andahuaylas. We needed to cycle fast, as there were some threatening black clouds overhead. 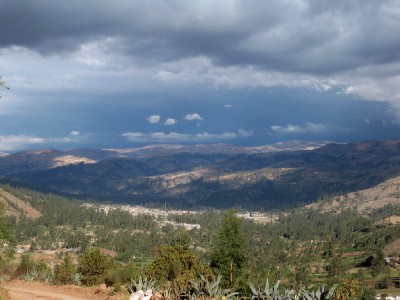 We weren’t fast enough though, and got caught a couple of kilometres out by a mixture of rain and hail. A little wetter than I would have liked, we eventually made it to the main plaza, and booked into a hotel.

The rooms were a little pricier than we are used too, but a  little luxury will be nice on the day off from cycling tomorrow!