Today was a nice day of cycling in Peru, as I rode between the towns of Andahuaylas and Kishuara. Here's my blog post from the day.

This bike touring blog post was written in September 9th 2010 as part of my bike tour from Alaska to Argentina. Although I normally cycled solo, for the last two weeks I'd been cycling with Agusti from Spain.

A bit of a delayed start exiting out of Andahuaylas due to a breakfast frenzy of empenadas on my part, and the need to buy bread and bananas for the road.

Finding the way out of Andahuaylas also turned into a bit of a task, and by the time we were on the outskirts, it was gone nine.

A horrible initial 3 km stretch on a waterlogged and muddy road led me to stop several times to clean the mud out of the forks in order for the front wheel to go around.

Thankfully, the road improved, and although we were going uphill for 40 kms, the gradients were pretty good and the unsurfaced road a nice and smooth. 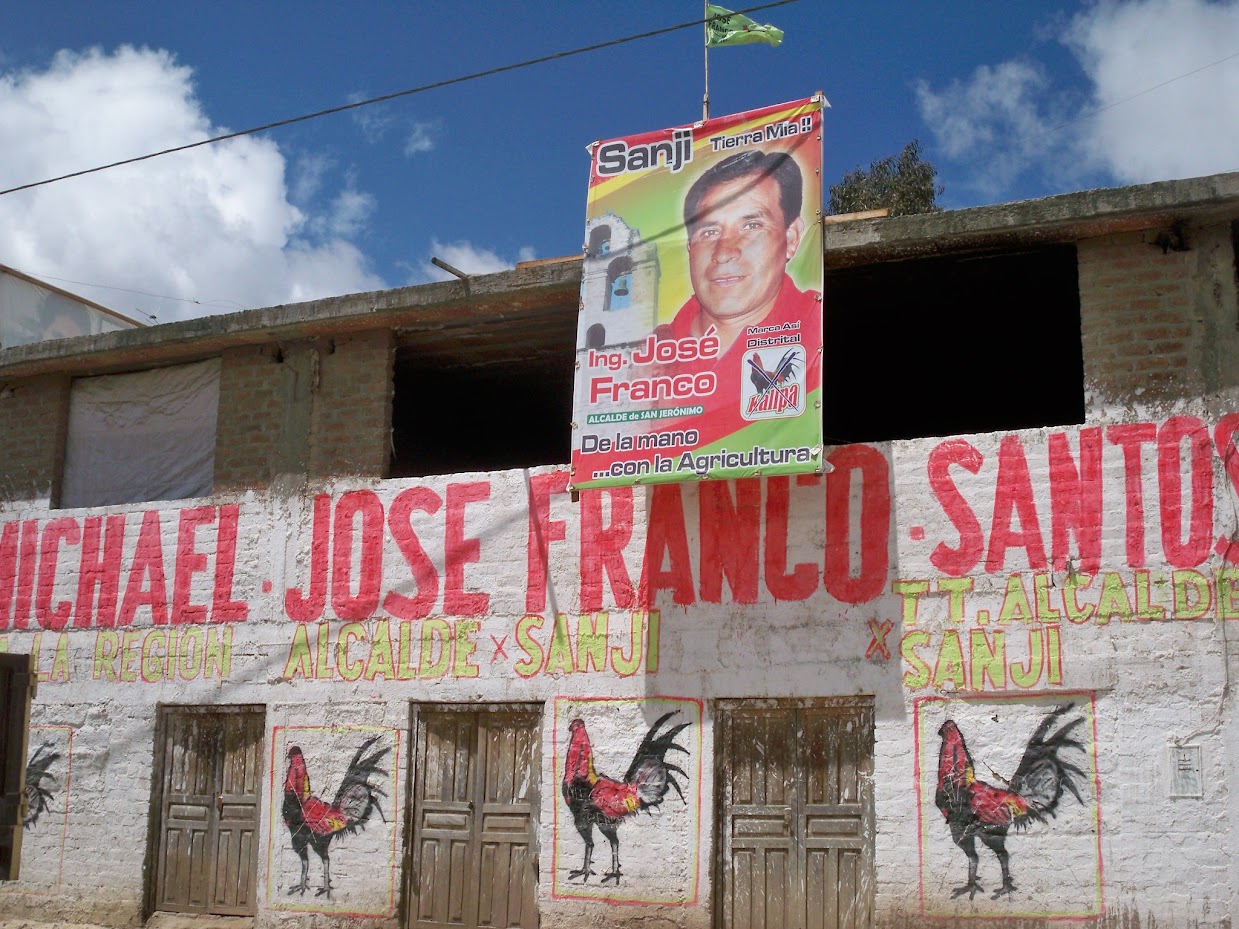 Local and regional elections are happening next month, and most houses in the small villages I cycle through are painted in a politicians colours. 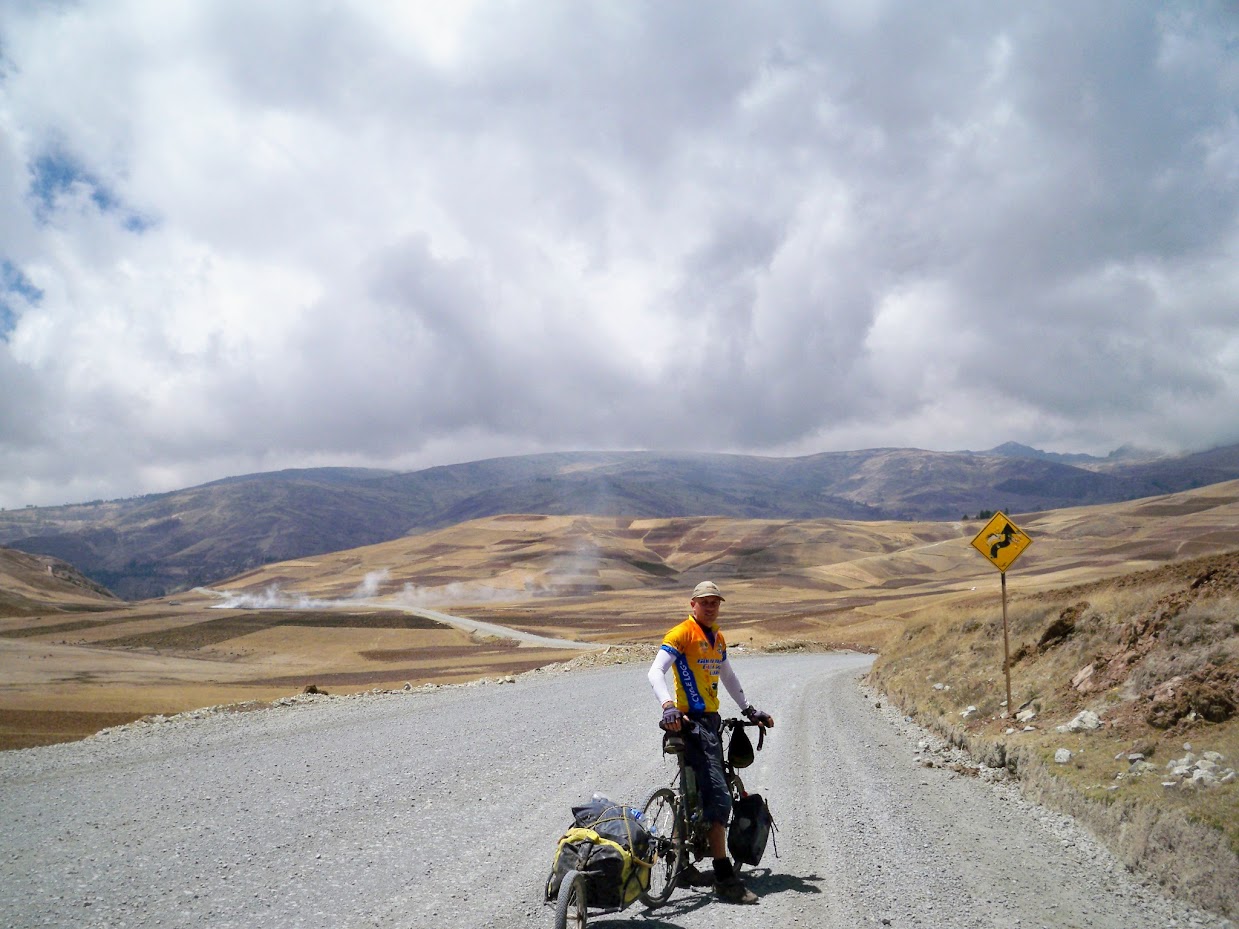 Meeting another cyclist in Peru

Along the way, we met Sandra cycling in the opposite direction. Sandra is an English girl currently living in New Zealand, and has been cycling through Chile, Bolivia and Peru. 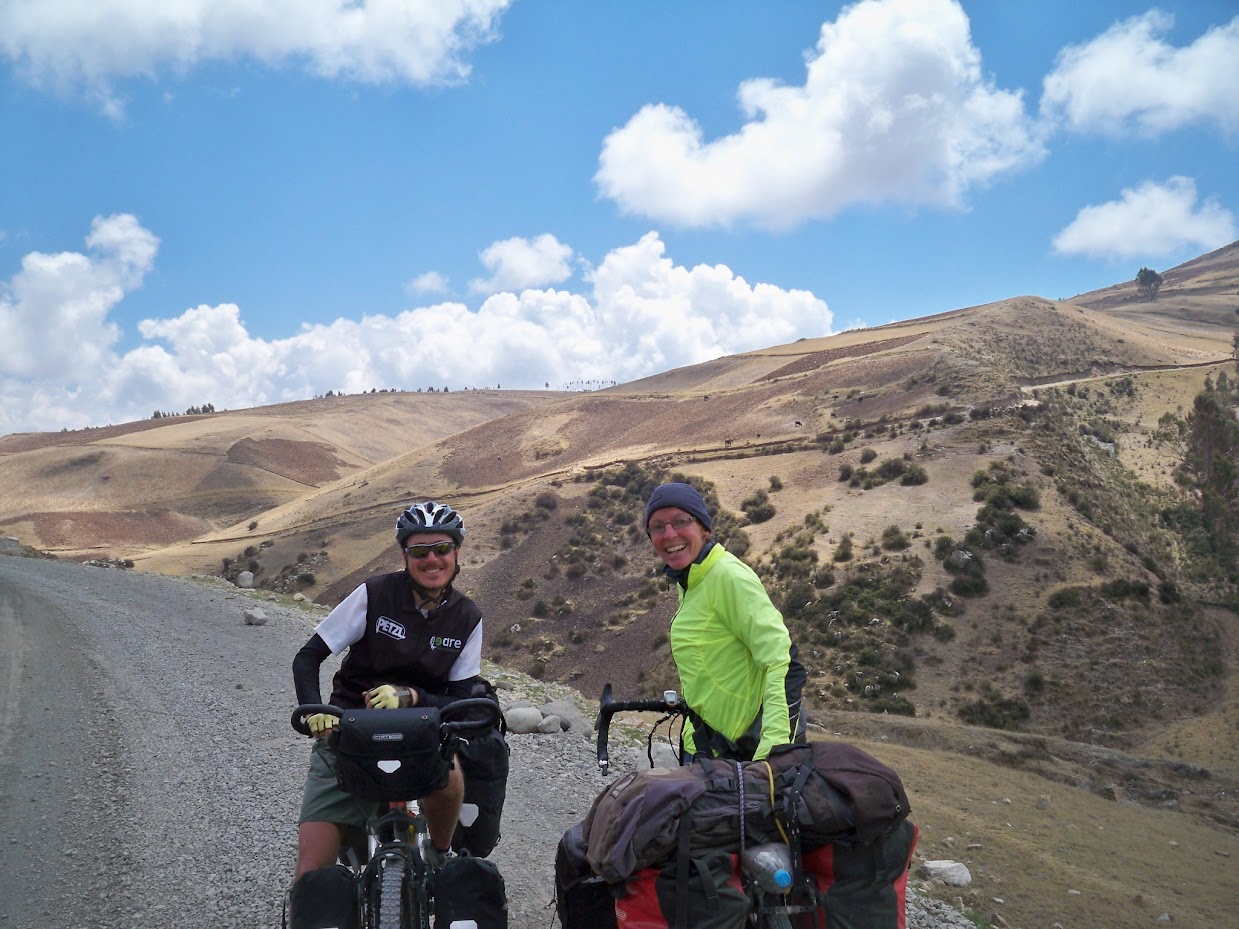 She started in Sangtiago four months ago, which is a bit concerning for me, as I hope to do almost double that distance to the south of Argentina in 3 months!

After a roadside chat, we went our separate ways, and we carried on up the mountains.

There were plenty of road works along this section, and at one, a girl who holds the stop/go signs (its always a girls job in Peru., and before you think its sexist, count how many female road workers there are in the UK!) gave us both a free meal. Cheers luv ! 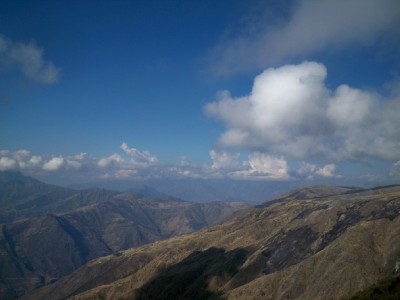 Peaking at over 4000 metres once again, it was getting late as we hit a downhill section, and the worst was that off the peak area, there was no where to camp.

At four, we cycled through a tiny village, where they informed us the village of Kishuara was just a half hour away. Into the village, and we were soon surrounded by interested school kids.

Although wild camping has its benefits in economy, I really feel that a lot of cycle tourists who only wild camp miss out on so much, like the interaction with different communites, eating the food, talking to the kids etc.

Interestingly in this village, the first language is Quechuan and not Spanish, which is great in terms of keeping the language alive.

A 8 sole a night Hospedaje hardly broke the bank, and despite eating the free meal, I was still hungry enough to eat a cena an hour later!

Rumour has it, an asphalt road will start at some point tomorrow… I can’t wait!