After reaching Celendin in Peru by bicycle, I took a day off to both rest and clean the bike. This is my bicycle touring blog from the day.

This bike touring blog post was written July 24th 2010, and was part of my cycle touring trip from Alaska to Argentina.

I woke up late this morning at 08.30, a combination of the previous days exertions, and being nice and cosy beneath a couple of warm blankets.

A breakfast of a caldo (which is a weekend breakfast in many places), and internet usage to update the site. Visitor numbers are up which is great, and on my other travel site, bookings are also up.

Still nowhere enough to be able to sustain life on the road, but its getting there slowly, and something I definitely need to develop. (Note from 2019 – My blogs now provide a full-time income. Win!) 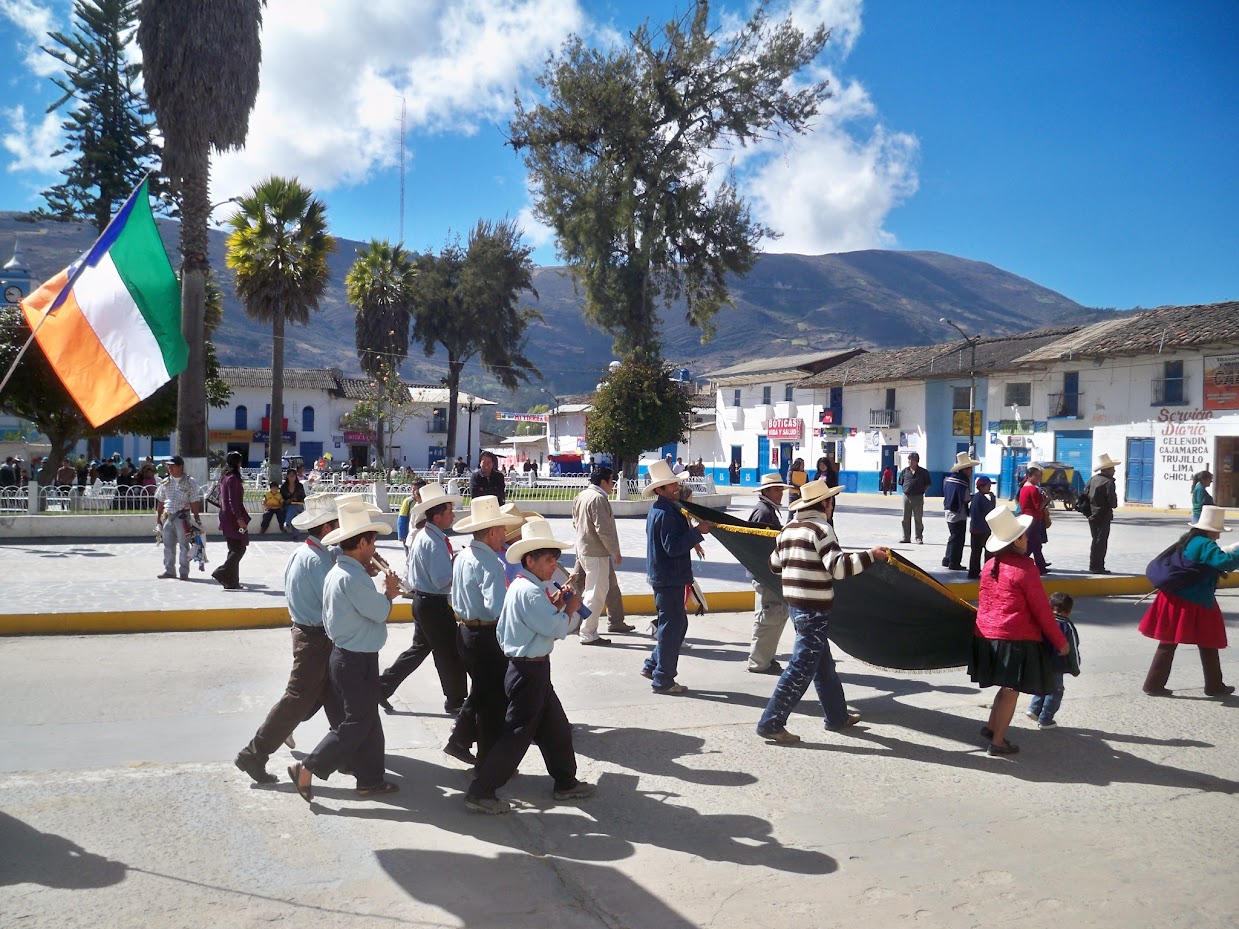 I was expecting a little more activity around the town with it being fiesta time, which in actual fact has been going on since the beginning of the month, but things were quiet.

There was a mini-parade earlier on in the day, and some sort of blanket displaying contest but that was about it really. 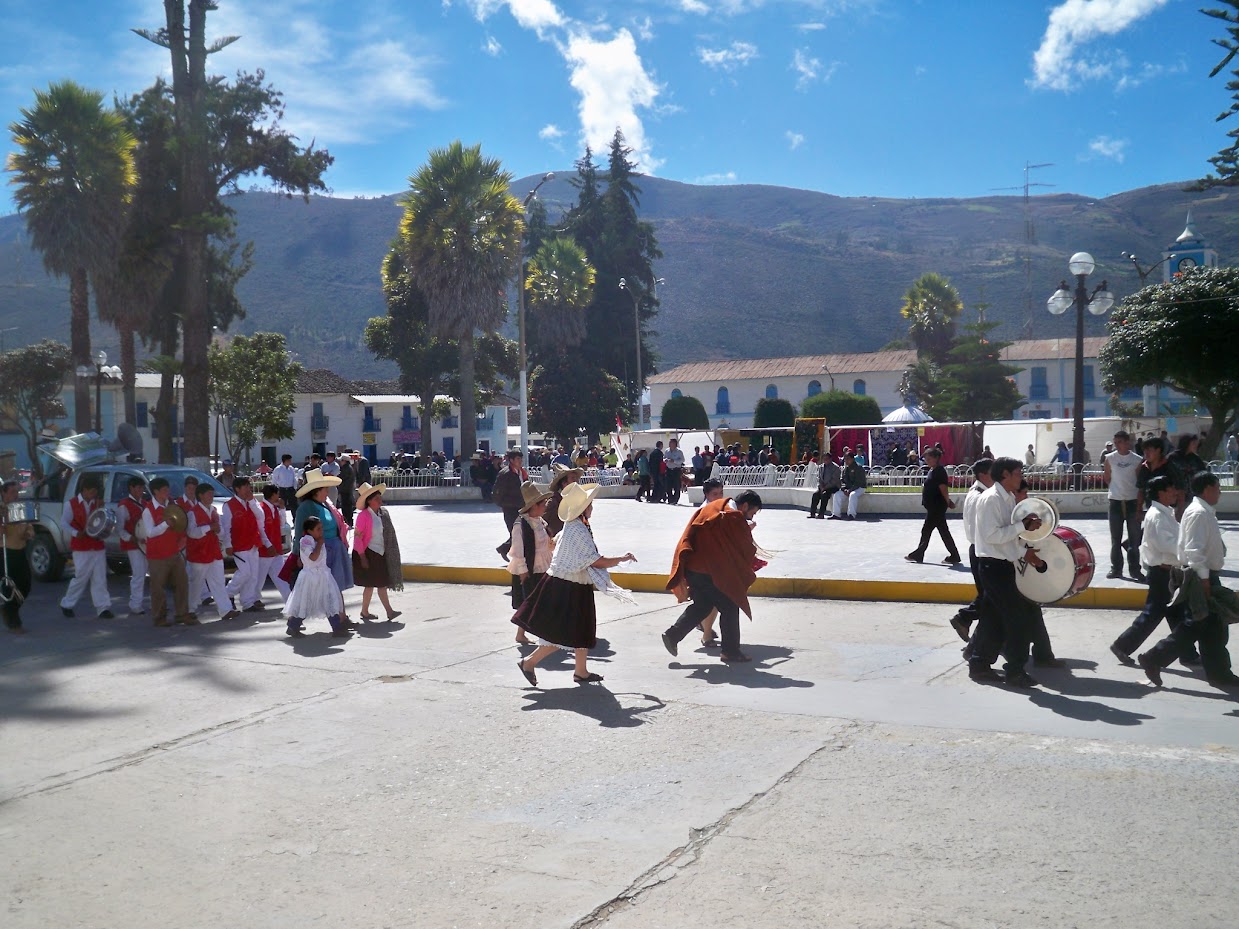 It did give me time to clean the bike though, something that was much needed after these last dusty few weeks on dirt roads. 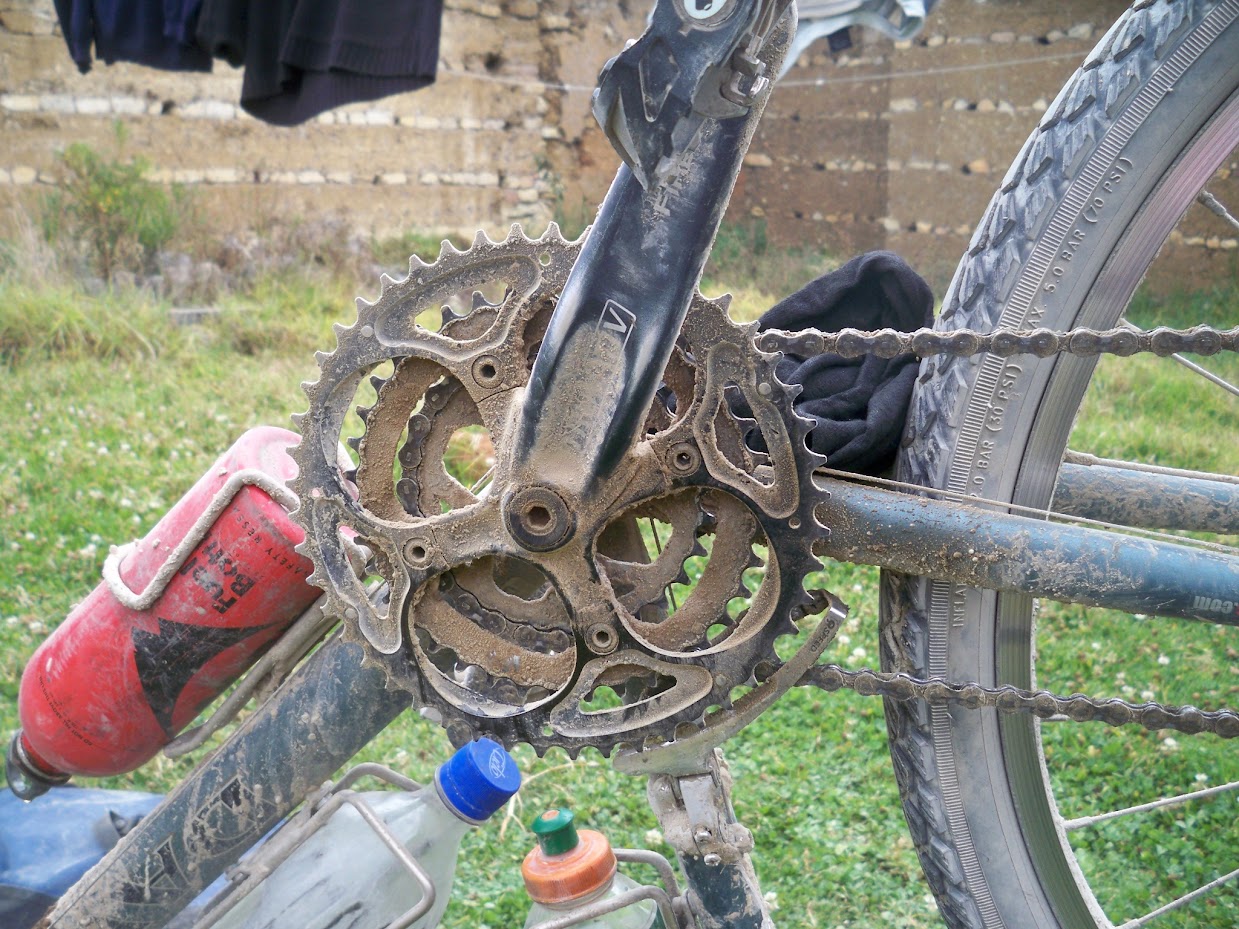 As you can see, the muck had really built up, and the bike was in desperate need of a clean! 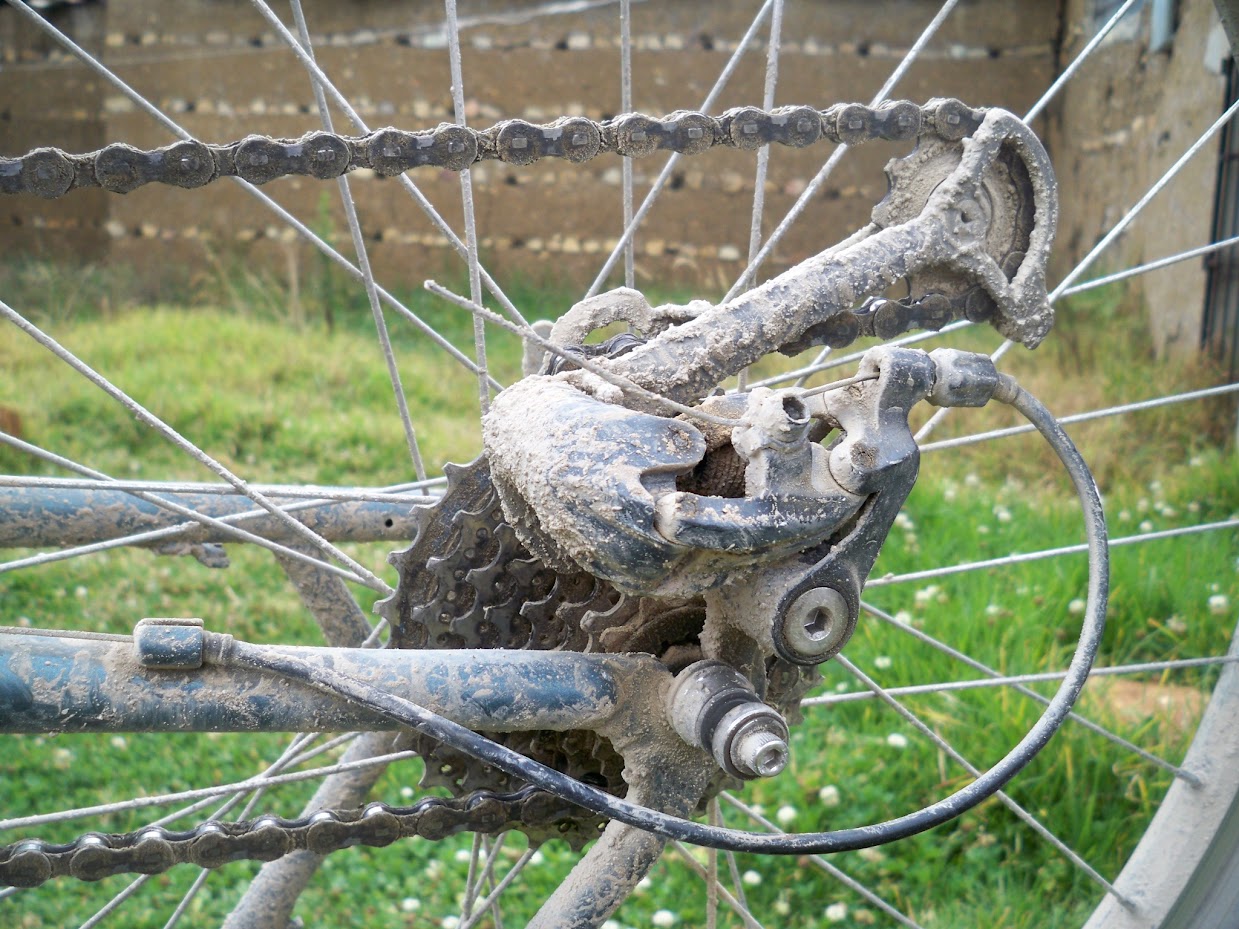 Not as bad as it could have been, but will run much smoother being a less dirty bike ! 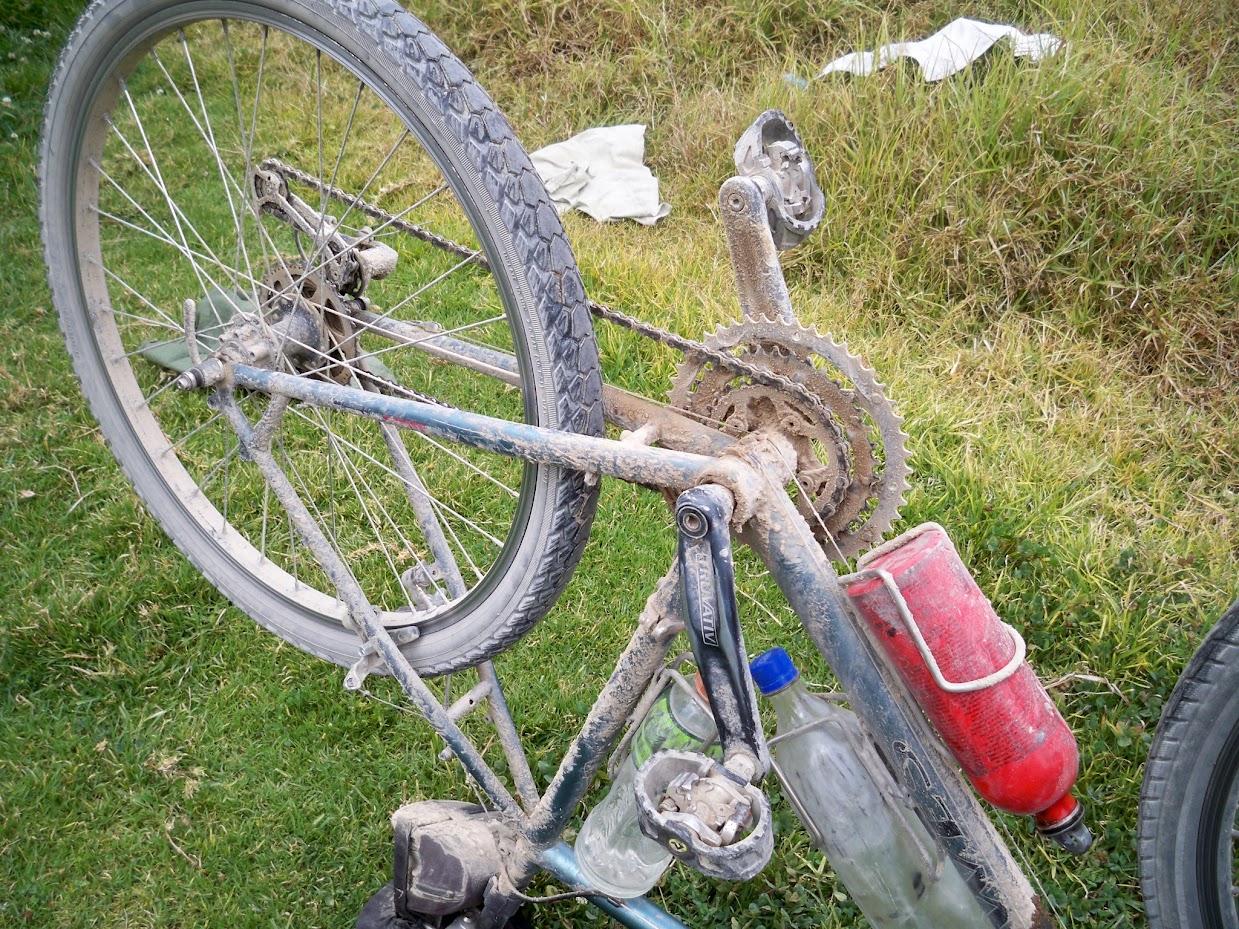 Dinner of quarter chicken and chips again, and at night, I had to come up with an innovative solution to one of travel's problems. Namely, how do you stop an electric plug falling out of a badly fitted socket?

The answer in this case, was to use my “crazy dog defence system”, or stick as it is more commonly known, and wedge it against both netbook and plug. A few sparks were flying at one point, but it seemed to do the job ! 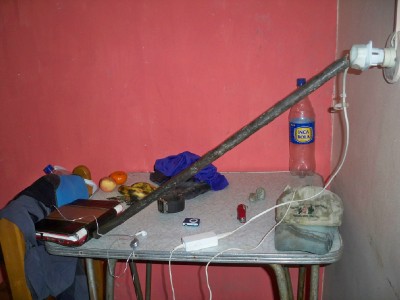 At night, it got really cold. Apparently Peru is going through a cold spell, and the south of the country is suffering much worse. Up at 2600 metres or so in Celendin, it was chilly enough at 5 degrees!