Continuing the bike tour along the west coast of the USA, today I cycled from Fort Stevens to Nehalem Beach.

Using a ‘Pee Bottle' when camping

Heavy rain during the night necessitated the use of a pee bottle during the night. Well, old fanta bottle. I'll leave you to work out the logistics of it all, but it was mission accomplished with thankfully zero spillages.

Is using a pee bottle in the tent on a rainy morning a necessary evil or a necessary luxury? I’ll let you ponder that one, but thankfully, no you tube video! This might have been the first time using one on this trip, but it wouldn't be the last!

Anyhow, it was an overcast and drizzly morning when I set off, so I stopped in the little internet cafe to have a coffee and a warm up. On leaving there, I popped in to see ‘Nan’ in the thrift store, where I gave her two books and received one back.

She also wanted to give me a hug before I left, and who can blame her??!!!!? A quick pit stop in Fred Meyers supermarket for supplies, and then finally, at about 12.00 I actually hit the road for real!

Cycling along the Pacific Coast Route

Mainly uneventful cycling through un-amazing little towns today, with the constant drone of traffic and scattering of broken glass on the roads shoulder.

About halfway through the day, I caught site of the Quebec girl and her Australian friend, neither of who’s names I can remember – sorry girls!

Passed through a tunnel which had a bad rep in a book about the route, but was no worse than a long underpass really. 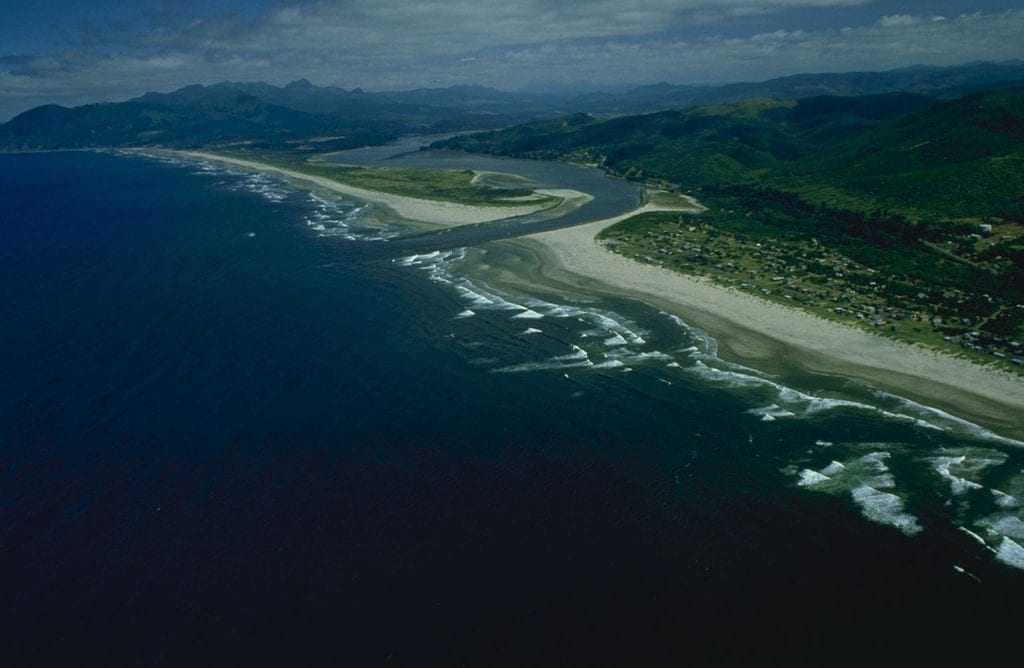 I made it to Nehalem Beach in good time, where the showers were hot and free, so they got abused a bit! The girls turned up late in the evening, and we had a quick chat before I hit the sack for one of the best sleeps I’ve had in a long time.

Use the links below for more bike tour journals: