You haven't experienced a Greek Easter, unless you have cracked a red-dyed egg onto another one, and eaten your own body weight in lamb. Welcome to The Fast, The Feast, and The Curious! 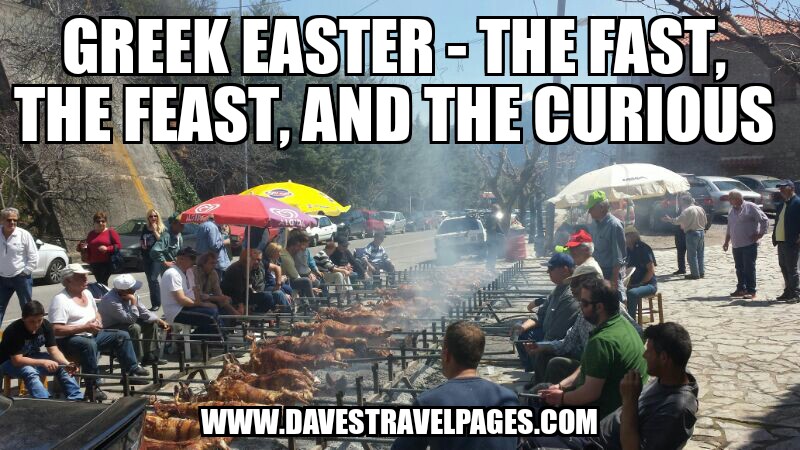 As you may have read in My Big Fat Greek Road Trip, I spent the Greek Easter of 2015 in Arachova. Due to the nearby ski resort, it is a popular destination for Greek winter sports fans. Nonetheless, it still retains its old traditions.

Staying with the Mrs family there, I got to experience many of the traditions during the long Easter weekend. Here then, I hope to explain a little about the Greek Orthodox Easter, why it is at a different time of year than in other parts of the world, and just what those red eggs are all about. 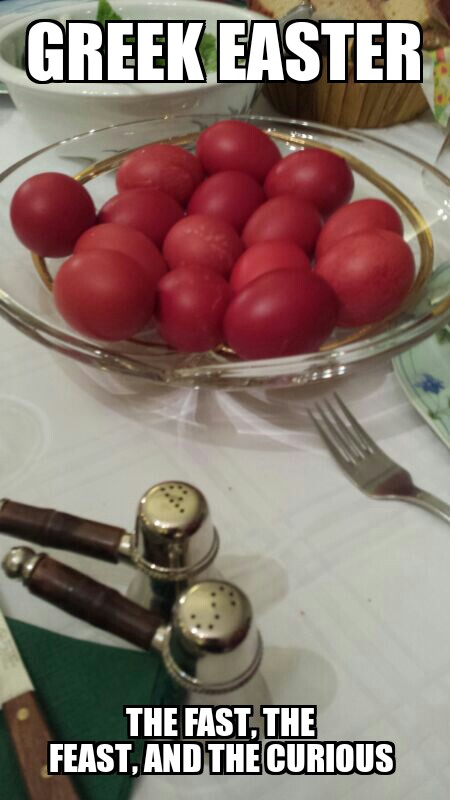 Greek Orthodox Easter is at a different time of year than the Easter of the majority of other Christians. The reason, is that the Greek Orthodox Church continued using the Julian Calender, when most of the western world switched to the Gregorian calender.

(There is a really interesting story behind this, and you can read about it in this book here >> Calender : Humanity's Epic Struggle To Determine A True And Accurate Year). Greek Easter 2015, was on Sunday April the 12th. 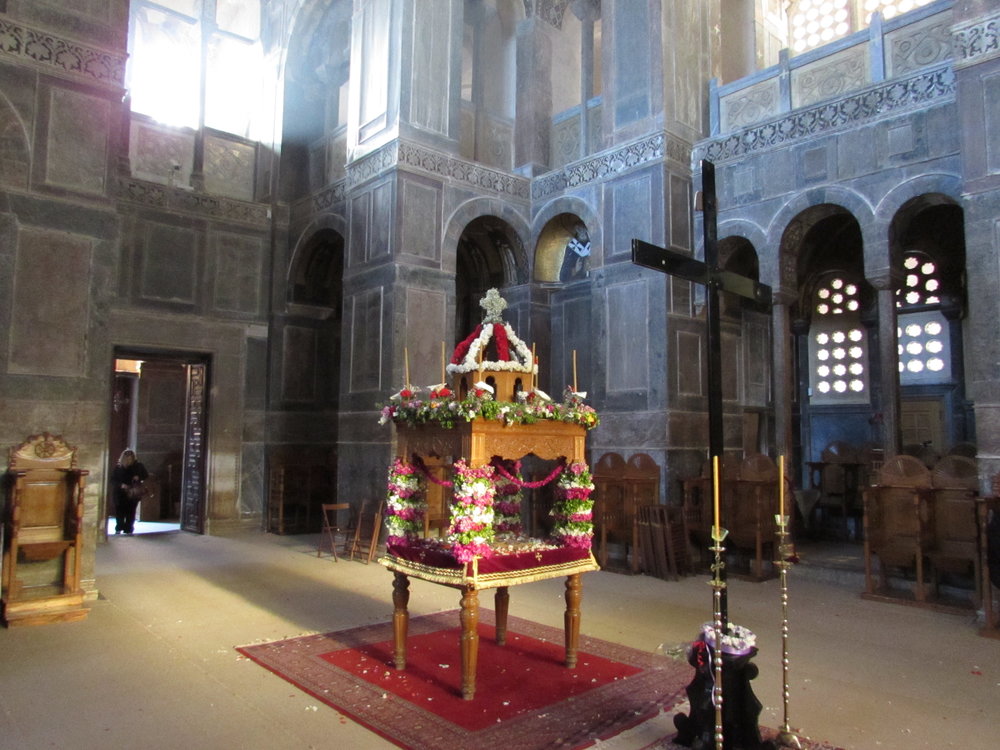 The other thing to keep in mind, is that Greece takes its religion a little more seriously than back home in the UK.

Don't get me wrong, there are plenty of people here in Greece who don't believe in God, or who say they do believe, but don't go to church.

The difference though, is that there are plenty of people that do.

Religion is an integral part of society in Greece, and Easter is the most important religious event on the calender. Certainly more important than Christmas.

Refreshingly, it isn't commercialised in the way that Christmas or Easter is in the rest of the western world. In fact, tourists might be oblivious to just how important Easter is during a visit to Greece during this time of year.

Unless they started talking to people, they would definitely be unaware of the fasting. 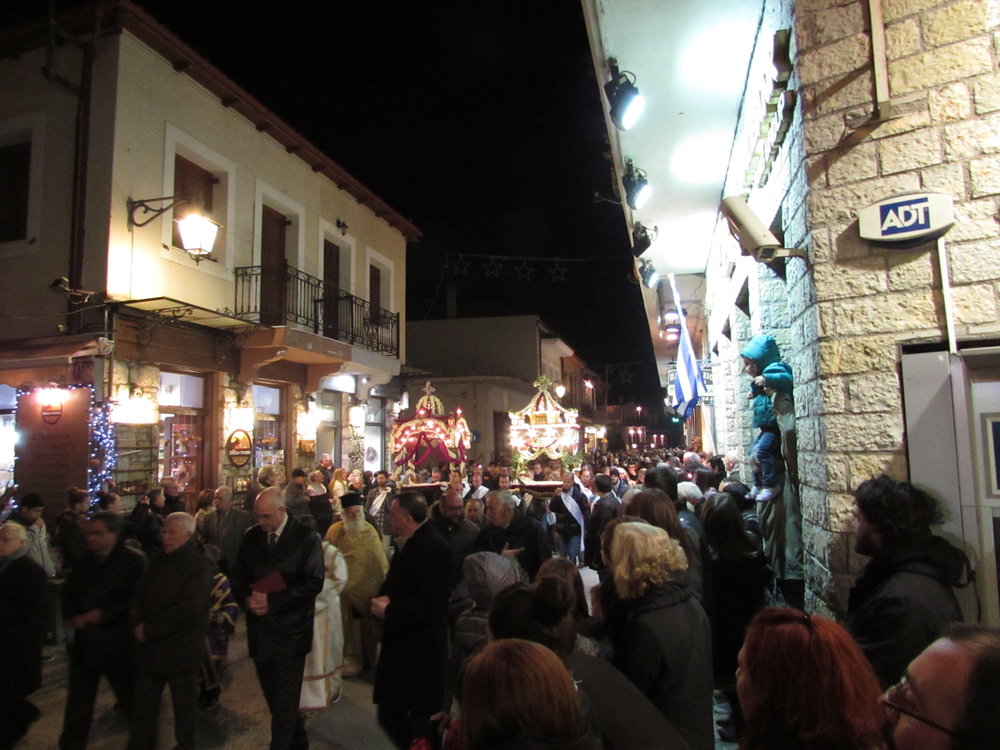 Most religions around the world have a period in which people should fast. It is generally thought of as a way to cleanse mind, body and soul. It is also thought to bring people closer to their spiritual selves, and whichever higher power they believe in.

The Greek Orthodox version of Christianity is no exception to this, and they have a number of fasting periods. The most important of these, is during Lenten, or Great Lent and lasts for 40 days.

Of course, not every Greek fasted, but I was surprised with just how many did. Even the restaurants in Athens catered for people who were fasting, and there were a number of tasty vegan dishes on the menu.

At first, the rules for fasting seem quite simple. No meat, no dairy, no fish and no alcohol. (All of which ruled out me giving the fast a go – I would have lasted about three seconds!).

If the rules were this straightforwards, then it would be easy. But this is Greece, baby!

There are a few clauses and conditions, such as octopus and squid being fine to eat at any time, eating cod is allowed on March 25th, which is Annunciation Day and also Greek Independence Day, and just whether or not olive oil and wine are permitted at all.

In fact, researching this, I found that there are many different interpretations, and began to understand why the Greek people have such a problem with rules!

Regardless, I knew a few people who had seen the fasting period through to the end. And what an end it was… 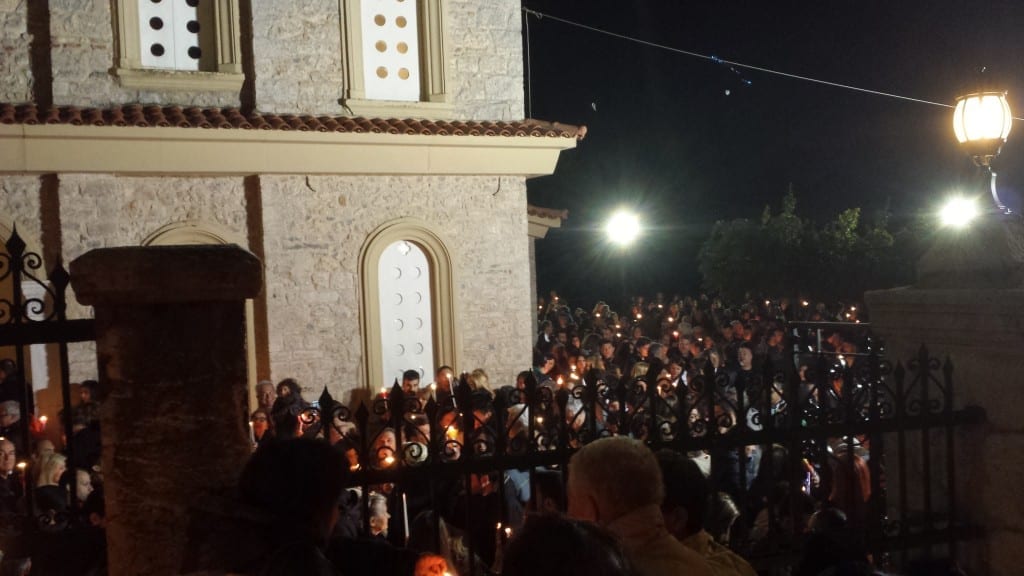 On Holy Saturday, people start to gather in the churches from around 11pm for the Easter liturgies. Most people take a candle with them, and the idea is to light that from the Holy Flame, and then take it home again after midnight.

We went down to the local church, and there were many hundreds of people gathered both inside and out. At midnight, the priest announced ‘Christ is Risen', and the crowd fired fireworks into the sky.

As the flame came out of the church, more and more people lit their candles, and we then started to walk back.

Back at the house, the 12 of us (perhaps that is symbolic in some way?!?), sat down and tucked into a plate of soup. The name of the soup is magiritsa, and it is basically made up of lambs entrails!

Actually, I thought it tasted pretty good, and I had two helpings. After this, it was off to bed, because the next day the feast would begin!

Whole lambs are roasted over a fire pit for several hours, before being taken home for the family feast. Every area of the country has their own way of doing things.

In Arachova, the various streets or neighbourhoods share a fire-pit, and spit-roast the lambs together. Taking a walk around the village, it seemed that there was one on every corner. 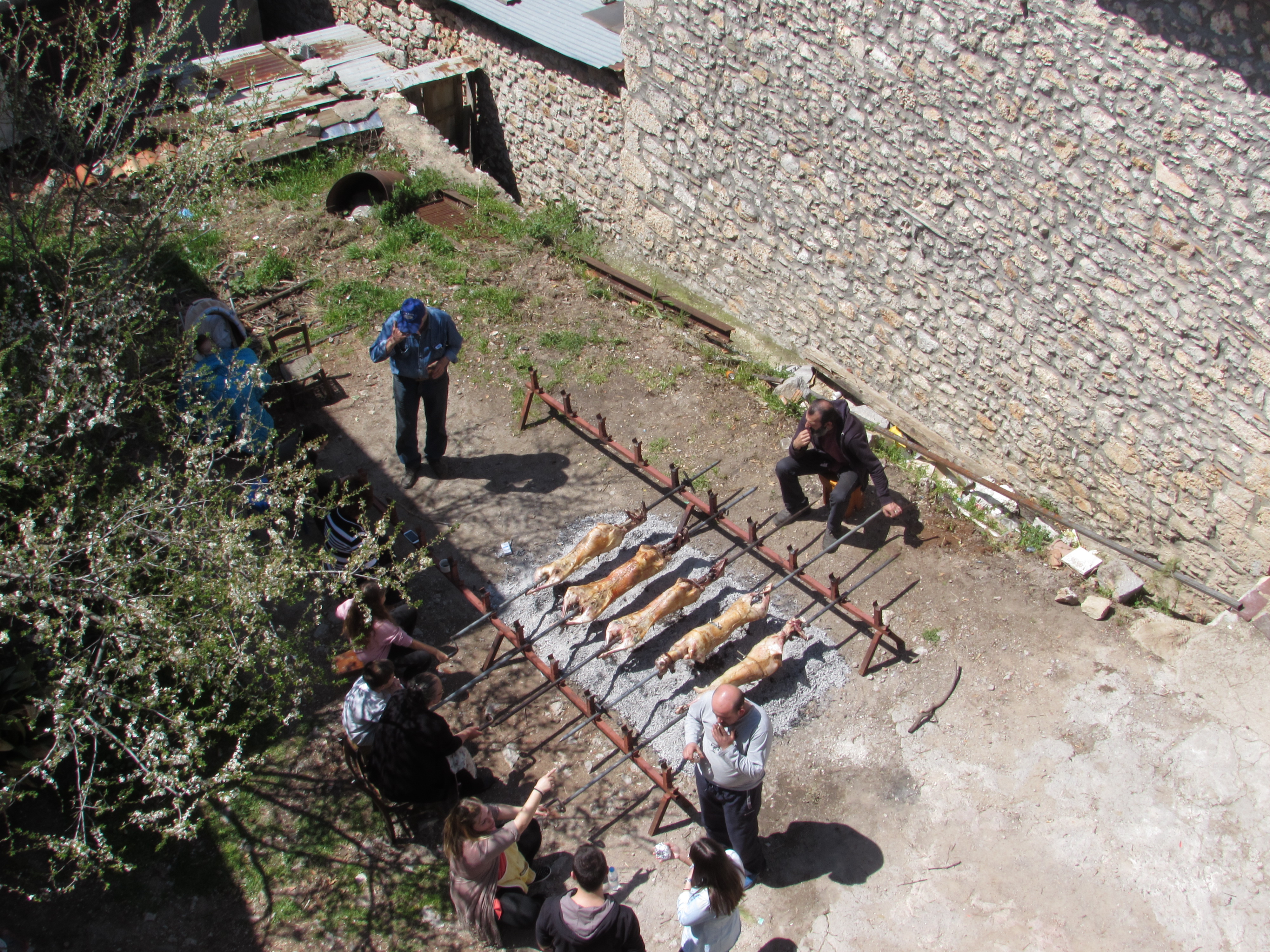 Back to the house then for the feast itself. The lamb is self evident, but some of the other foods included tiropita, kokoretsi and gardouba. 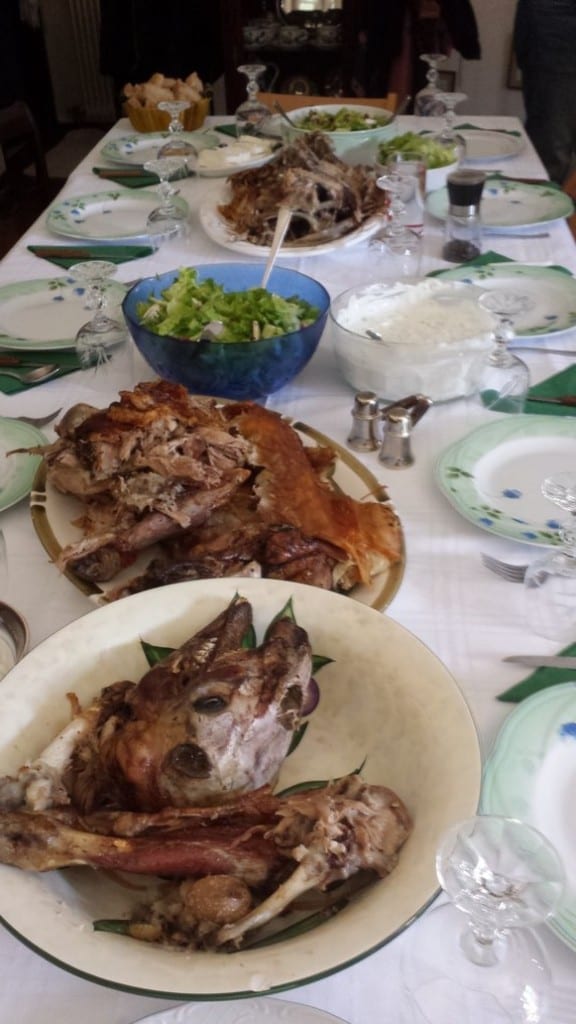 So, on to the curious part of Greek Easter… Those red eggs.

The egg has been the symbol for fertility, new life and rebirth in almost every culture around the world, dating back thousands of years. As with many things, the early church Christianised a pagan belief or festival, and adopted the egg as one of their own.

For Greek Orthodox Christians, the egg is symbolic of the empty rock tomb of Jesus after he had arisen from the Crucifixion. The eggs are dyed red, to represent his blood.

A tradition at Greek Easter is to play a game called Tsougrisma. The game involves two players, and they take a hard boiled egg each.

One person then taps the end of their egg onto the other person's, with the aim being to crack the opponent's egg. The winner is said to have good luck throughout the year. Note – Don't trust seemingly innocent nephews who play with hard boiled turkey eggs!


And that, ladies and gentlemen, is Greek Easter in a nut(egg)shell. Where in the world did you spend this Easter, and were there any peculiar traditions there? I would love to know, so please leave a comment below.