Last Updated On February 7, 2022 by Dave Briggs Leave a Comment

The bike ride from Harris State Park to Elk Prairie would be a big day, but rewarding because I got to see my first giant Redwood trees of the bike tour.

I left reasonably early after a quick breakfast, as I knew that today would be a big day. There was still time to pop into Subway for breakfast number two though!

I was waved through the fruit and vegetable inspection area which marks the California border without being stopped, which makes a change.

It was a shame that today was so foggy, because I bet I missed some great coastline at Crescent City. It wasn’t foggy enough for me to  miss a Subway sign however, so I decided to have lunch there. Twice in one day, how naughty.

Leaving Crescent City, there was a bit of a climb to 1200 feet from sea level over little more than two miles, which wasn’t too bad, as the fog cleared higher up. 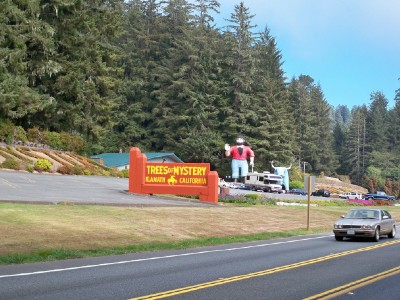 I passed a great place called ‘Trees of Mystery’, which looked wonderfully crap from the roadside, and definitely worth a picture. The road led on through more Redwood forests with huge trees, and I eventually arrived at Elk Prairie state park campground.

The going rate in California seems to be five dollars for the hiker/biker sites, which should see me good through most of California, although there will be some areas without them, which I hope to fill by using Warmshowers.

Need to do some laundry tomorrow as one of my pairs of socks can now be defined as a new and unique life form. 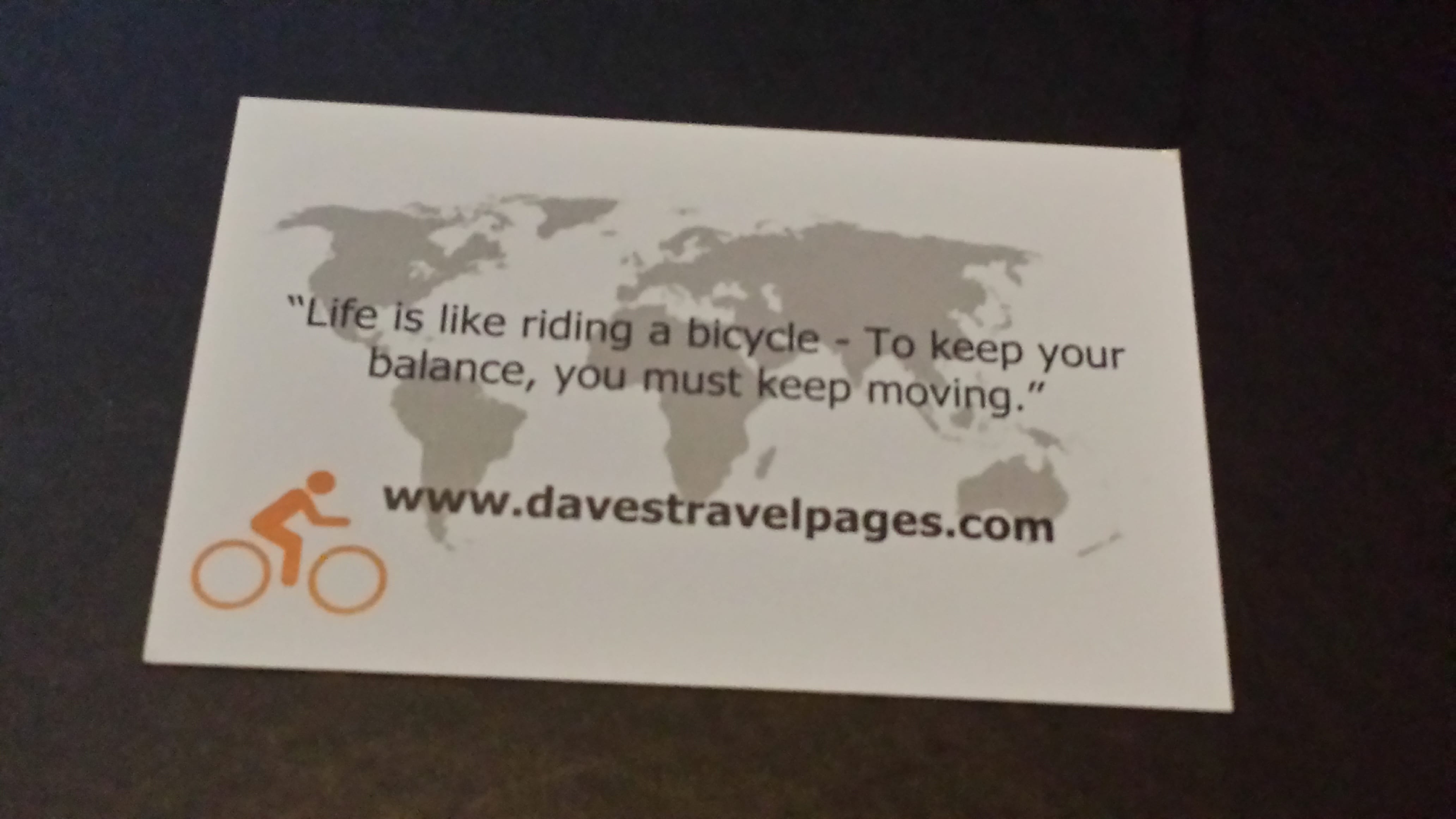