Looking for some tips on how to cut costs on a bicycle tour? Read on to find out how you can travel further for cheaper on you next bicycle tour! 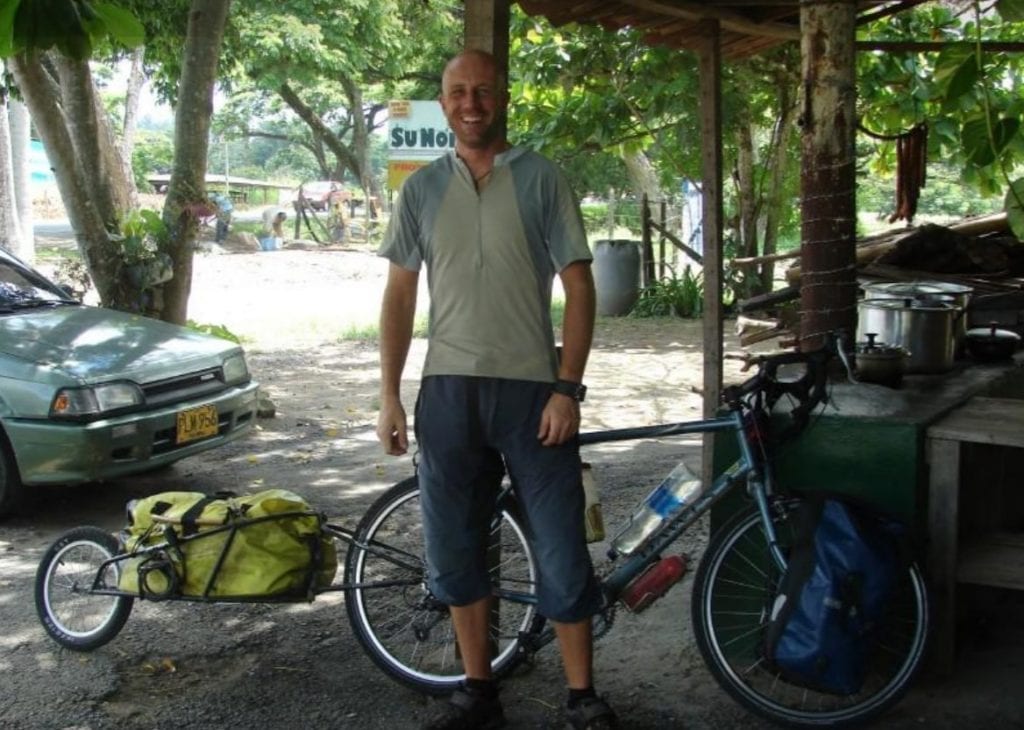 How To Cut Costs On A Bicycle Tour

Long term travel comes in many forms. Few can match bicycle touring when it comes to making a budget stretch further.

It's mainly due to the simplicity of touring itself – Sleep. Eat. Ride. Repeat. (Actually, you should probably put a few more ‘eats' in there, but you can see where I am coming from).

With this article, and my other bicycle touring tips, you will be able to travel longer and further for cheaper.

Transport costs, the bane of other modes of travel, are totally eradicated. 6-8 hours of cycling a day removes the desire and in most cases the ability to go partying every night.

As for material possessions, who wants to lug around tacky souvenirs in the panniers day after day? It would seem then, that bicycle touring is a cheap way to travel. With a bit of thought on how to cut costs on a bicycle tour though, your money can go even further.

Tips For Cutting Costs On A Bicycle Tour

There are two main areas in which you can cut costs on a bicycle tour. These are food and accommodation.

Here's something to consider before I go into those in more detail:

I think its important to realise that it really all comes down to your mind-set when cutting costs on a bicycle tour.

It takes a certain degree of focus and dedication to sacrifice creature comforts in order to save a pound here and a dollar there.

What you need to realise, is that those saved pounds and dollars all add up. Over time, saving a dollar a day could mean an extra week or month on the road. That seems like pretty good motivation to me!

How to Cut Costs on Food when Bike Touring

Your first reaction is probably ‘Cut down on food – Are you crazy Briggs?!'. Obviously, I am not suggesting that. We all know that cyclists eat mountains of food!

What I am suggesting, is that you spend your money wisely on it. In particular, restaurants are best avoided, especially fast food establishments in western countries.

In Asia however, you might find that it's cheaper to eat out than cook for yourself! 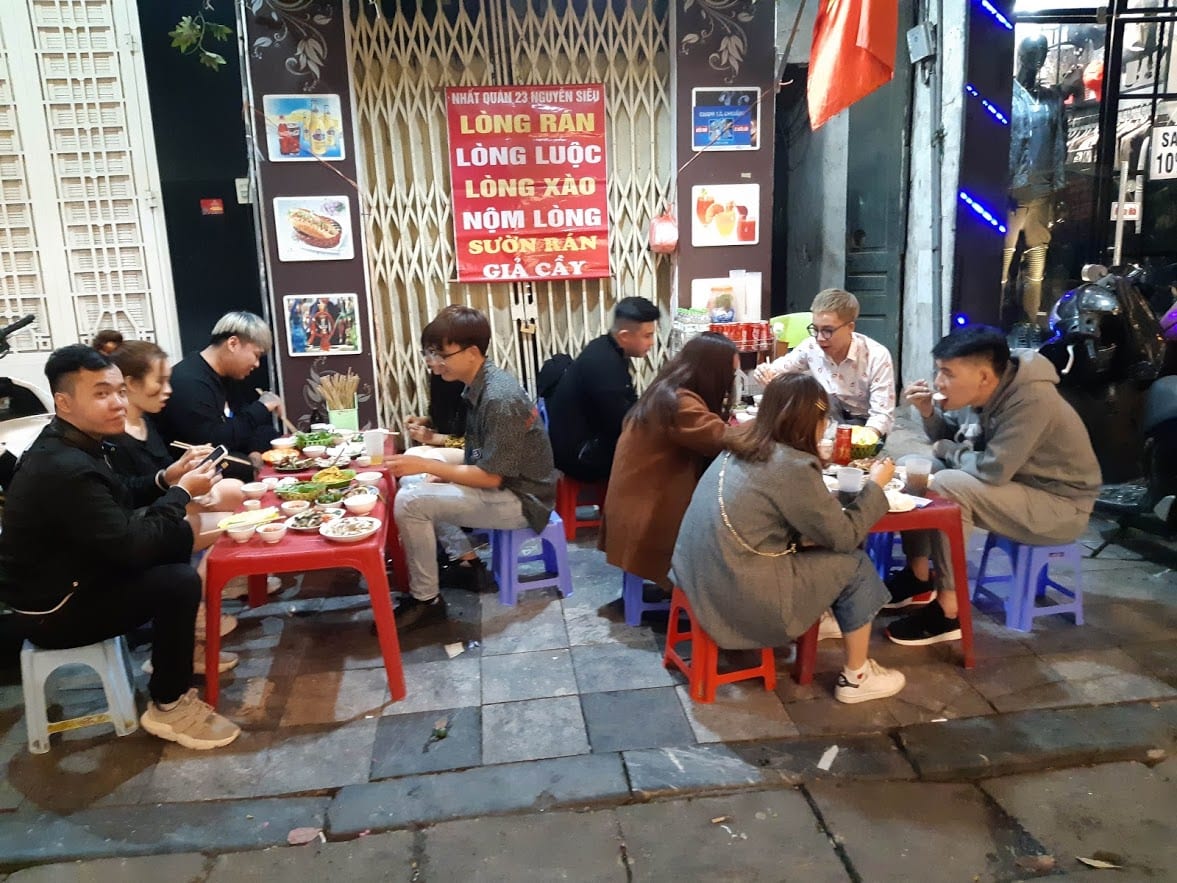 15 dollars spent on one restaurant meal, is potentially 3 days worth of food bought from a supermarket. What would you prefer – Short term gratification or long term travel?

Even in the supermarket itself, you should look at what you are buying. That nice looking cake at a dollar offers nowhere near the same amount of calories that a bunch of bananas does at the same price.

A packet of chips and a coke might seem like a nice treat, but its not what your body or your pocket need.

By all means treat yourself now and again, but don't let it become a habit. Buy cheap, healthy, filling food and you can stay on the road that much longer. Find out more about – The best foods for bicycle touring.

Do you drink beer when bike touring?

This is something I used to do, but since giving up alcohol completely things have changed a lot. Especially the money in my pocket! 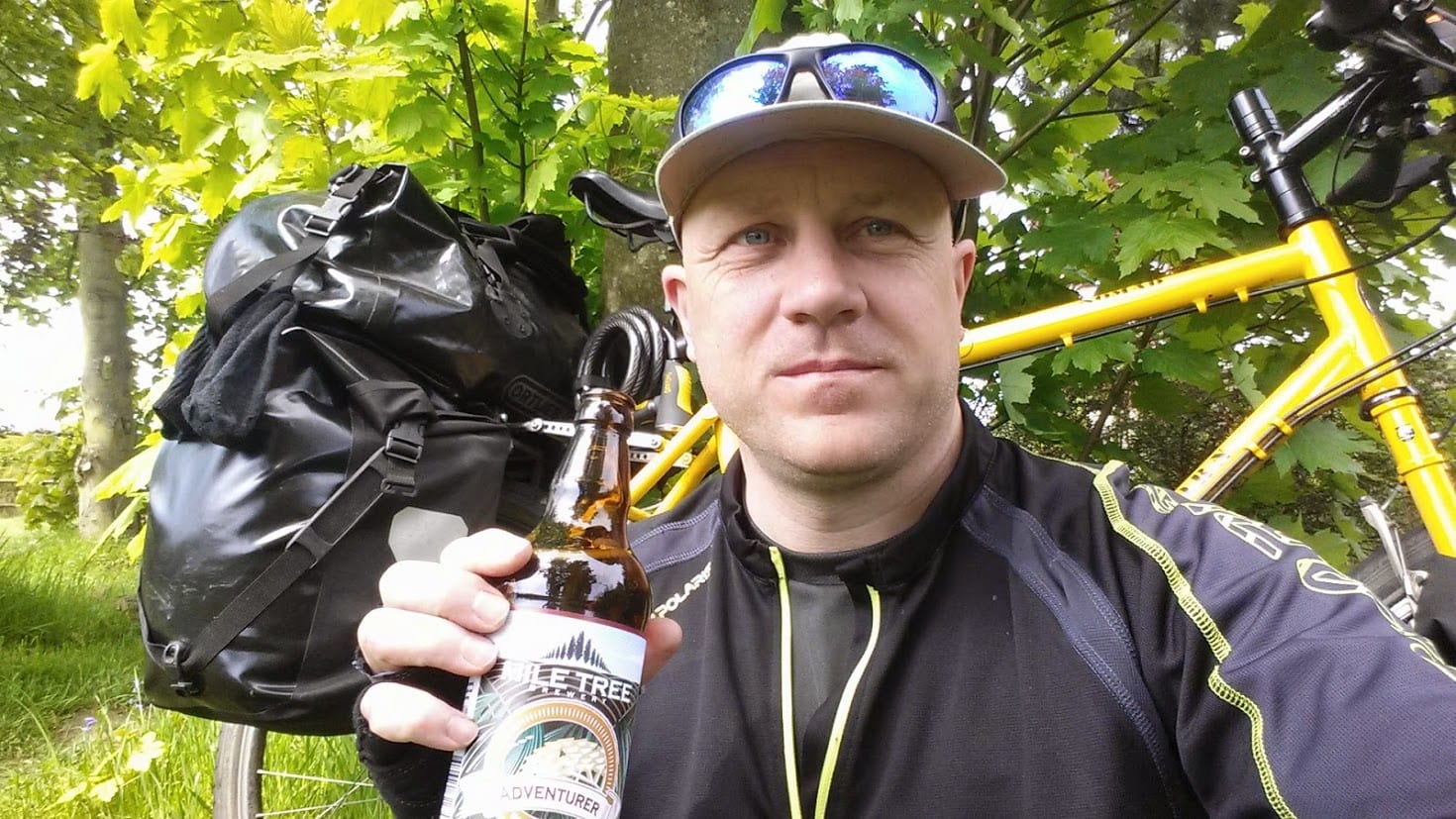 It probably comes as no surprise that my bike tours are a lot cheaper now than they used to be when drinking beer. Something to consider for your next bike tour!

How to save money when bicycle touring on Accommodation

This is the area where most people become unstuck. The more you pay for accommodation, the more expensive your trip will become. It's pretty simple.

There are a few ways in which you can stretch your budget though. Certainly, camping is the way to go, and preferably wild camping.

Read about – How to Wild Camp When Bicycle Touring Around The World.

Staying in Hotels when bike touring

After a few hard days cycling and camping out in the rain, it's only natural to want to stay somewhere warm and dry. Hotels, bed and breakfast's, guesthouses and even hostels all put dents into your budget. 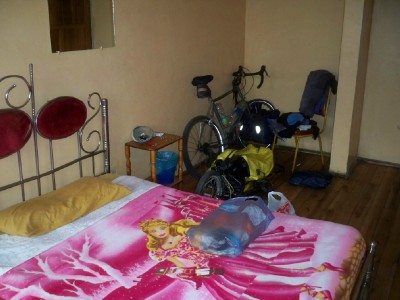 If you want to know how to cut costs on a bicycle tour easily, then my advice, is to stay away from these places for as long as possible. Besides, there are hospitality networks such as Warmshowers and Couchsurfing which offer far better alternatives to paid accommodation.

You also get to meet some pretty cool people along the way. If you must stay in a hotel, at least compare prices first. Click Here to check price online with Booking.

Exceptions to the Rules

In some countries, it just makes sense to stay in a hotel. Take a look at the video below of a hotel room that I stayed in when cycling through Mexico. I

t was super cheap, and had power points where I could recharge all my electrical gear. I could get WiFi, wash my clothes in the bathroom, and I was even able to cook out on the balcony.


Take a look at my post on where to sleep when bike touring.

The same can be said of restaurants. In some countries, it just isn't possible to cook a meal as cheaply as you can buy one. Bolivia and Thailand are great examples of this.

How to cut costs on a bicycle tour doesn't always mean doing things yourself. Sometimes you have to look at a situation and see what else it offers you beyond its main feature.

And there we have it. If you want to cut costs on a bicycle tour, you will find a way, and the two main areas above are great starting points. If you have any cost cutting tips of your own that you would like to share, then please leave a comment below.

How to bike tour cheaply FAQ

Readers looking to cycle around the world on a tight budget might find these questions and answers useful when preparing their cycle touring plans:

How much should I spend on a touring bike?

For your first touring bike, it makes sense to buy a good quality used one that is the right size and in good condition. A price range between $1000 and $2000 should see you pick up a touring bicycle that will see you through a few trips or perhaps even the rest of your life!

Is a touring bike worth it?

A specifically built touring bike has several advantages over a normally setup road or mountain bike. It is easier to attach front and rear racks to a purpose built touring bicycle, they are constructed with more strength in mind, and offer a more comfortable ride.

How much money do you need to cycle around the world?

While you can probably get by on $10 per day for food and accommodation when averaged out, the additional cost of such things as visas, replacing camping gear, flights, and other incidentals mean that a $30 per day budget is probably more realistic on a big trip.

How much does a Bikepacking setup cost?

A cheap touring bicycle, bags and cheap camping gear can be put together for less than $500, but you'll probably end up replacing gear quite frequently as it fails. $1000 to $2000 is a more realistic price for a bikepacking setup.

What is the biggest expense on a bike trip?

Apart from the initial costs of a nice bicycle touring setup, the biggest costs when on tour are likely to be hotel rooms or food. These costs can be reduced by free camping and preparing your own meals. 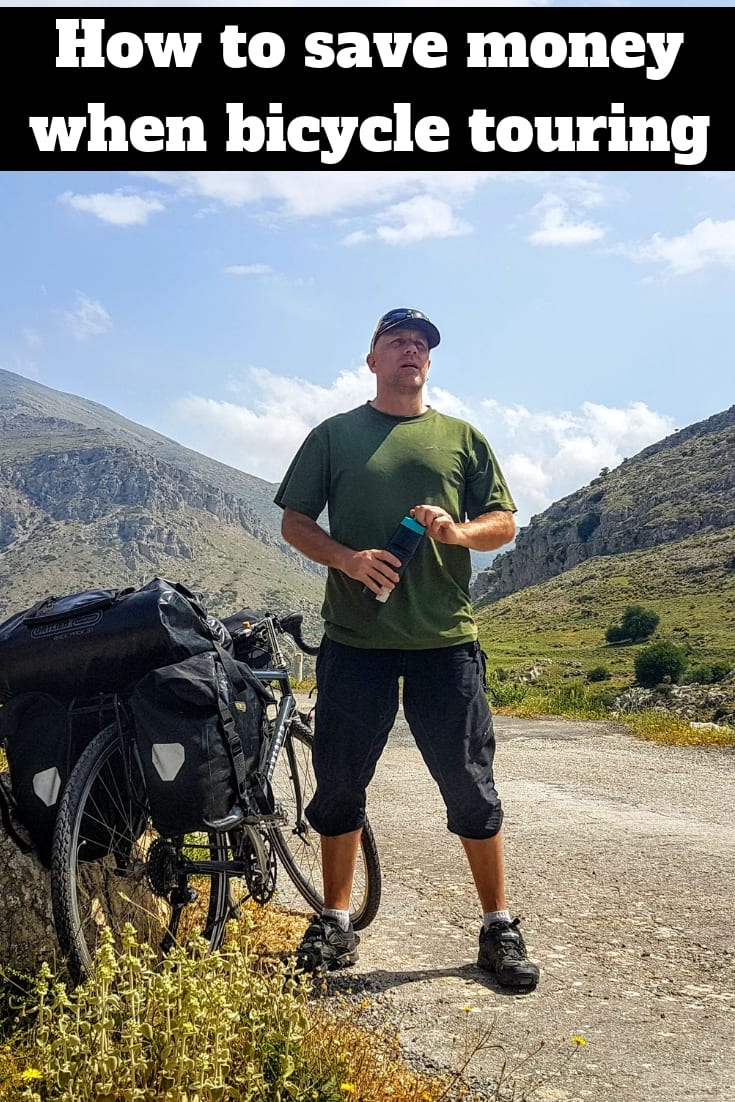 Check out my bike blog for other helpful tips on putting together bike touring gear: