Kapas Island in Malaysia is one of the least well known islands in Asia, but has some of the best snorkelling by far. Here's all you need to know. 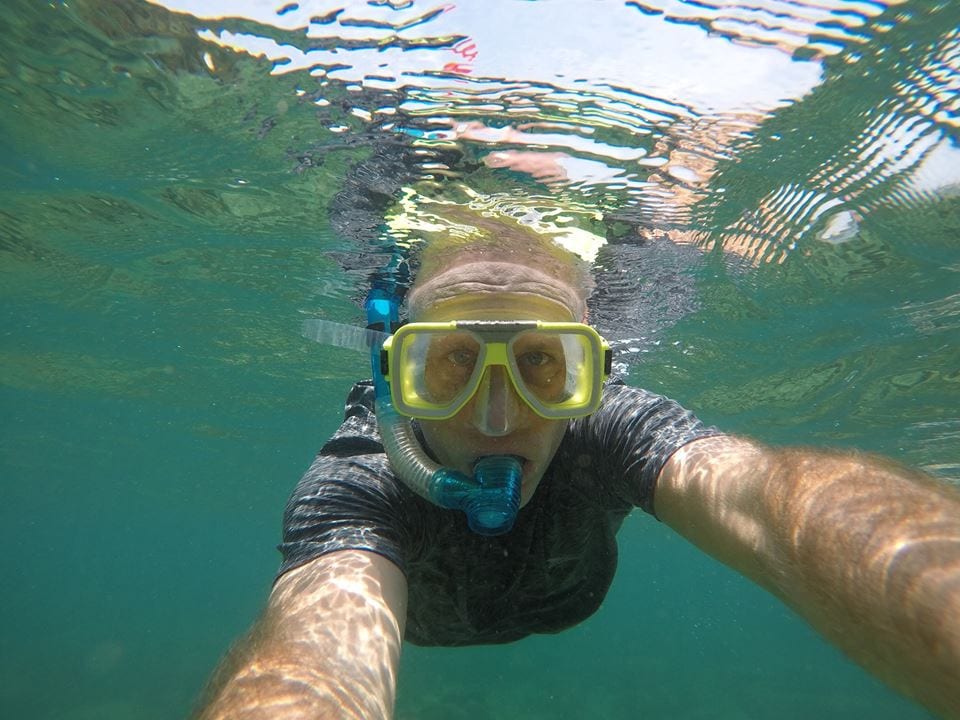 Between the end of 2018 and the beginning of 2019, I spent 5 months travelling around Asia with my girlfriend Vanessa. Our trip had several aims, one of which was to check out different snorkelling destinations in Asia.

To be honest, we were slightly disappointed with the snorkelling in Thailand. Both Koh Jum and Koh Lanta had failed to live up to their reputations. Would Kapas Island in Malaysia be any different?

One word can sum up the snorkelling on Kapas Island – Fantastic!

It would make a pretty short blog post if I left it at that though, so I'd better go into a little more detail!

Why I loved Snorkelling in Kapas Island 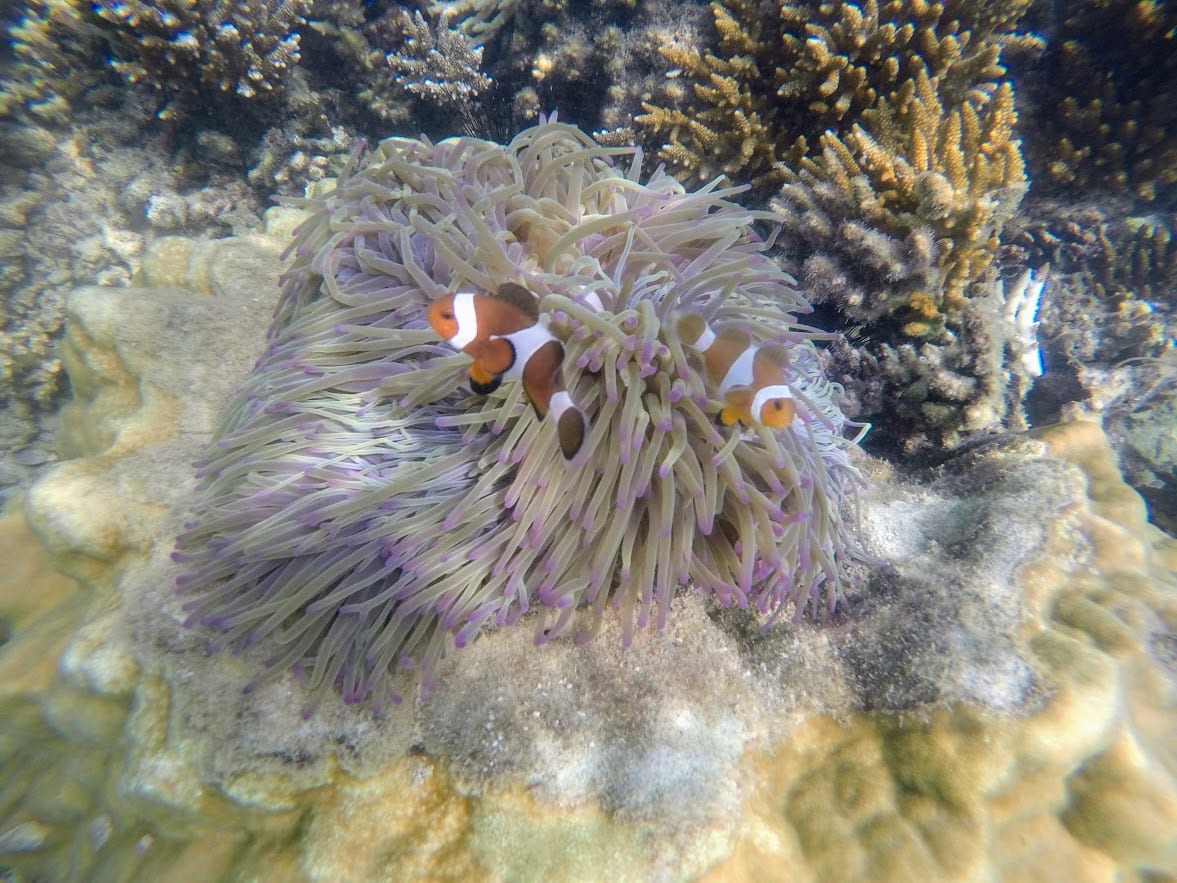 There's a number of factors that contribute to somewhere being classified as great for snorkelling. These can include clear waters, easy access, colourful coral, and numerous fish. Suffice to say, Kapas Island had this in spades!

It was quite easy to spend a couple of hours at a time in the water, just floating along the coastline, and casually observing the underwater world below.

During our time on the island, we saw rays, sharks, and of cause plenty of little Nemos!

Unlike many destinations in Asia, which organise package snorkelling trips that leave you feeling you've been on a conveyor belt, Kapas Island is different. The coral reef is just a few metres from the shore, and because not many people visit the island, it's all pristine. 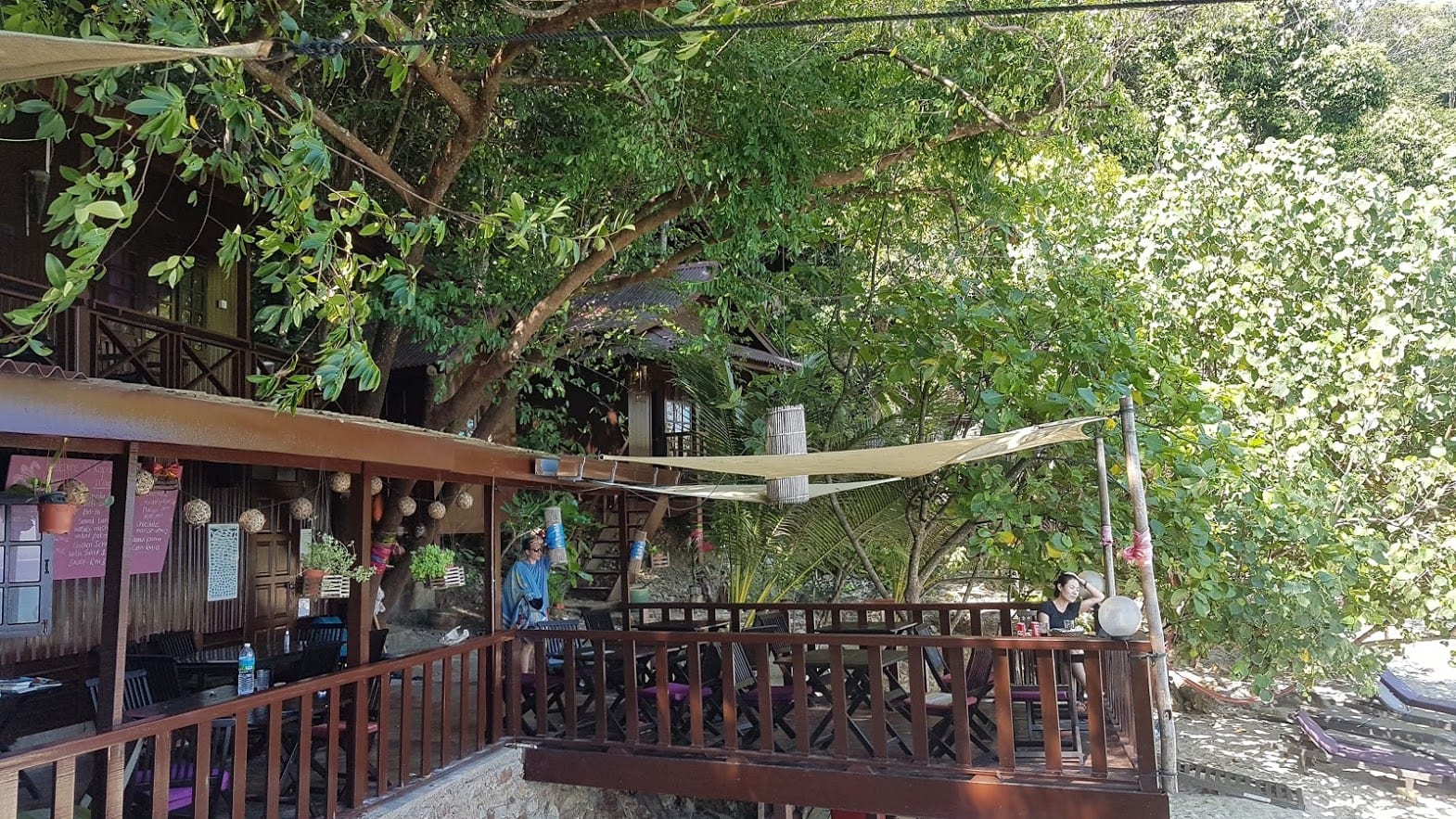 Kapas Island has a varied selection of accommodation to choose from, ranging from camping through to the Kapas Turtle Valley ‘resort' with its private beach.

The only issue with the accommodation on Kapas Island, is trying to book it beforehand. Very few (if any) of the properties are listed on Booking.com, and only a couple more are listed on Agoda.

Additionally, whilst most places do seem to have at least a Facebook page to get in contact with them, you might receive a reply within a week if you are lucky, or not at all.

Where to stay in Pulau Kapas

Here's a list of accommodation in Kapas Island. I've included the best way to either contact or book the property in the link.

In the end, we opted to stay at the Kapas Turtle Valley. This was one of the more expensive places to stay in Pulau Kapas, but it was a birthday treat for Vanessa, so the budget was put aside for a week!

The bonus of staying at the Kapas Turtle Valley was the private beach, and the accommodation was limited to (I think) a total of 6 chalets. This gave it a quiet feel, which was a stark contrast to the noise on the other beaches when the weekend day-trippers arrived!

The chalets at the Kapas Turtle Valley were basic but functional, however all the essentials for staying on a tropical island were met – ceiling fan, mosquito net for the bed, good water pressure, and a nice balcony with a view to the sea.

I wouldn't normally comment about things like this (hey, I've wild camped around half the world on bike tours!), but at nearly 65 Euro a night I feel it's justified. 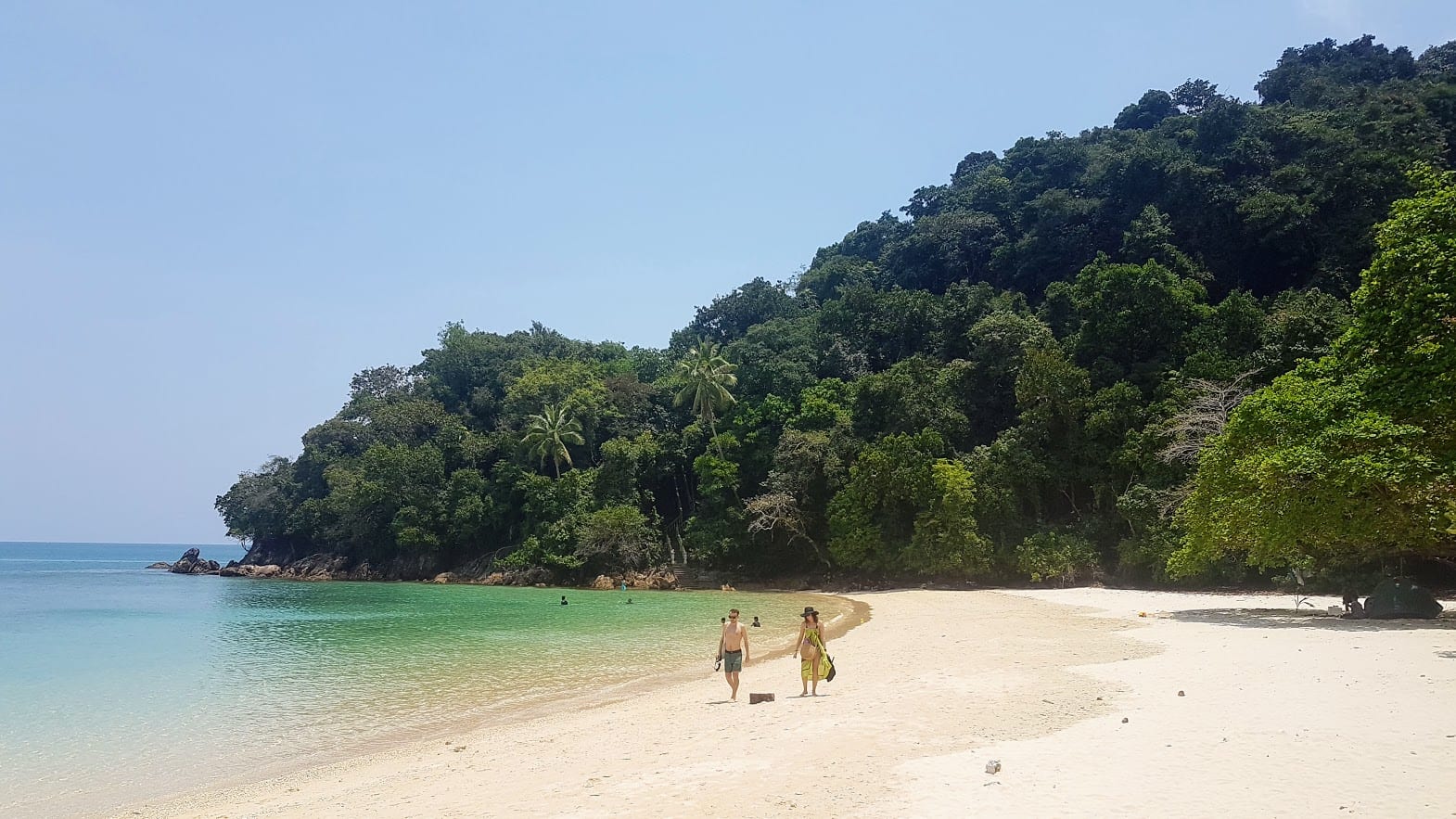 Whilst you can potentially take a day trip to Kapas Island, I would highly recommend spending a few days there if you can. This way, you'll far better enjoy the simplicity of life on the island, be able to fully unwind and recharge! We spent a week on Kapas Island, but I could easily have stayed a month.

How to get to Kapas Island

Kapas Island is a 20 minute boat ride away from the east coast of mainland Malaysia. The most obvious access point is by Kuala Terengganu. 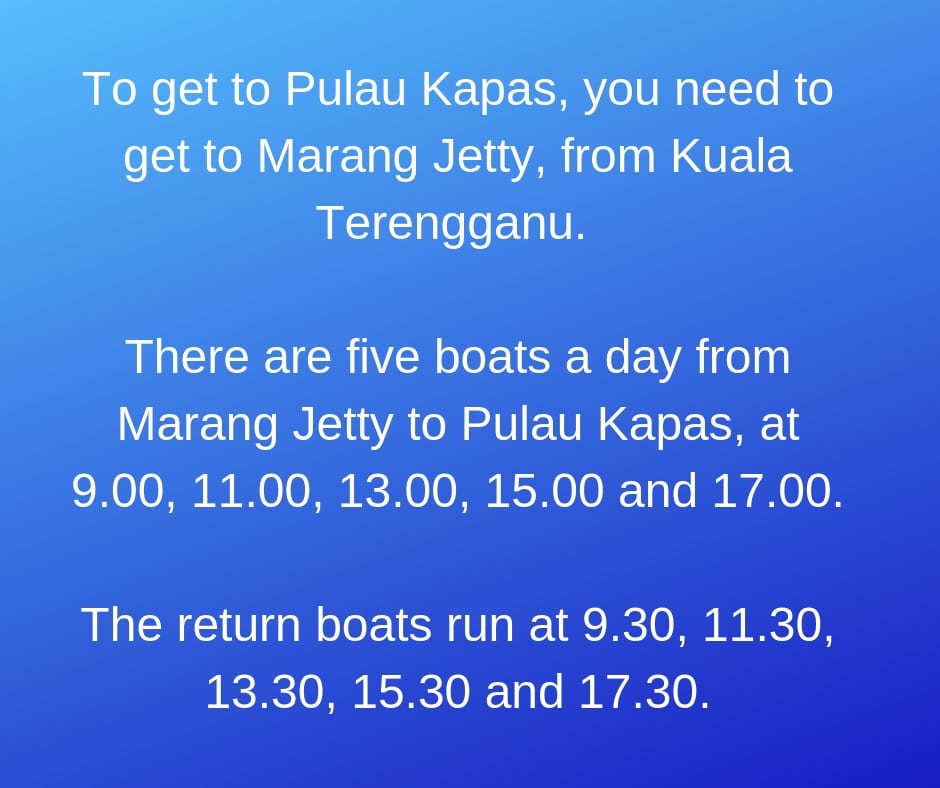 Is there WiFi on Kapas Island?

Yes there is, but don't rely on it! Each resort or accommodation may switch it on for short periods of time per day. At Kapas Turtle Valley, where we stayed, it was switched on for breakfast, lunch, and dinner. Note – WiFi is most likely taken as a HotSpot from a mobile phone. It's probably better to have your own SIM card.

Is there cell phone reception on Kapas island?

Yes there is! When I visited in April 2019, my Umobile SIM card picked up a network signal, and there was also data. The data was strong enough for me to surf and download. I also watched a couple of YouTube videos.

What about drinking water on Kapas Island?

Each resort or accommodation normally has a water source from a well. I would not recommend drinking this untreated. We were carrying a water filter (which I highly recommend all long term travellers do) so we filtered this water. Bottled water was also available to buy at the various places to stay at inflated island prices. 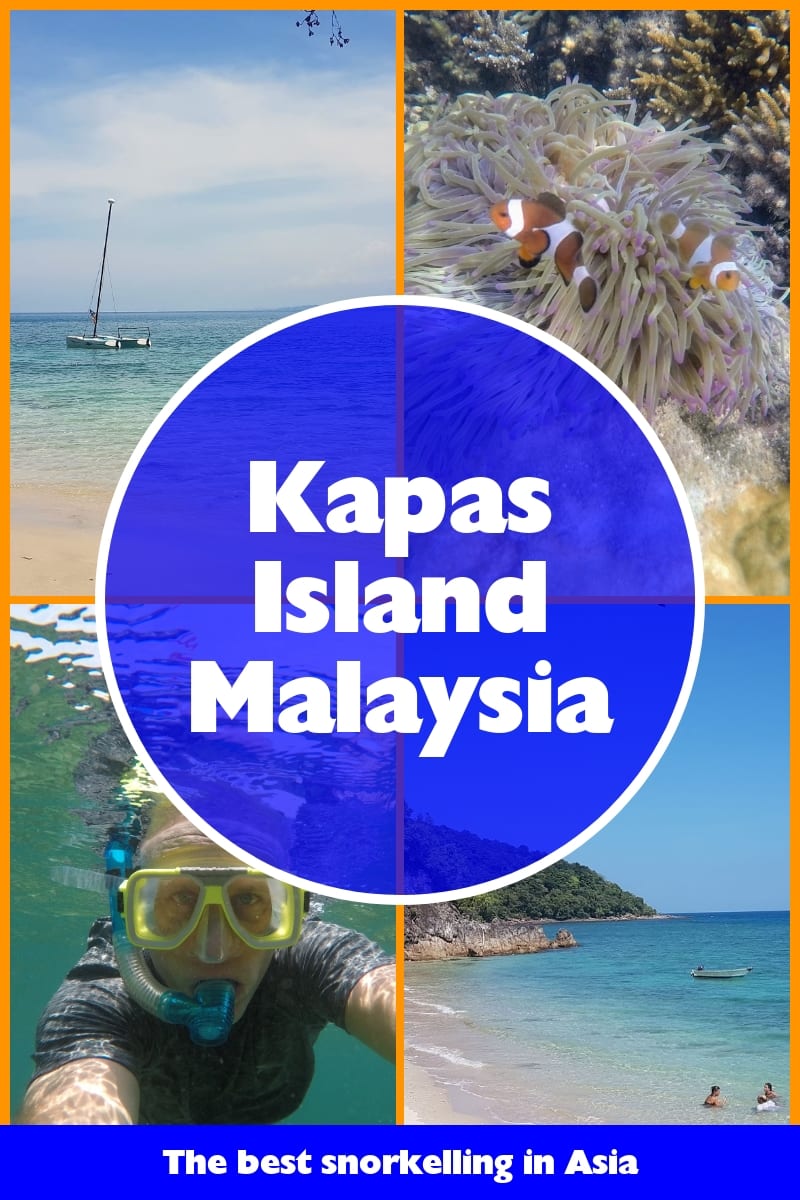