In April 2018, I set out on a bike tour of the Peloponnese. The trip was themed around the myth of the Labours of Hercules.

I've always been fascinated by mythology, whether it's Greek, Norse, Aztec or Sumarian. Tales of heroes on quests inspired me as a kid, and I couldn't wait to turn the pages as I followed their journeys through books.

One of the myths I must have read a hundred times, was of Hercules and his 12 labours. Little did I know that years later, I would find myself living in Greece and then trying to retrace the journey on a bicycle!

The idea for my one month bike tour of the Peloponnese in Greece, was to combine visiting archaeological sites and places mentioned in the myths, whilst cycling through the beautiful landscape. Before that though, a little about the Greek Mythology involved! 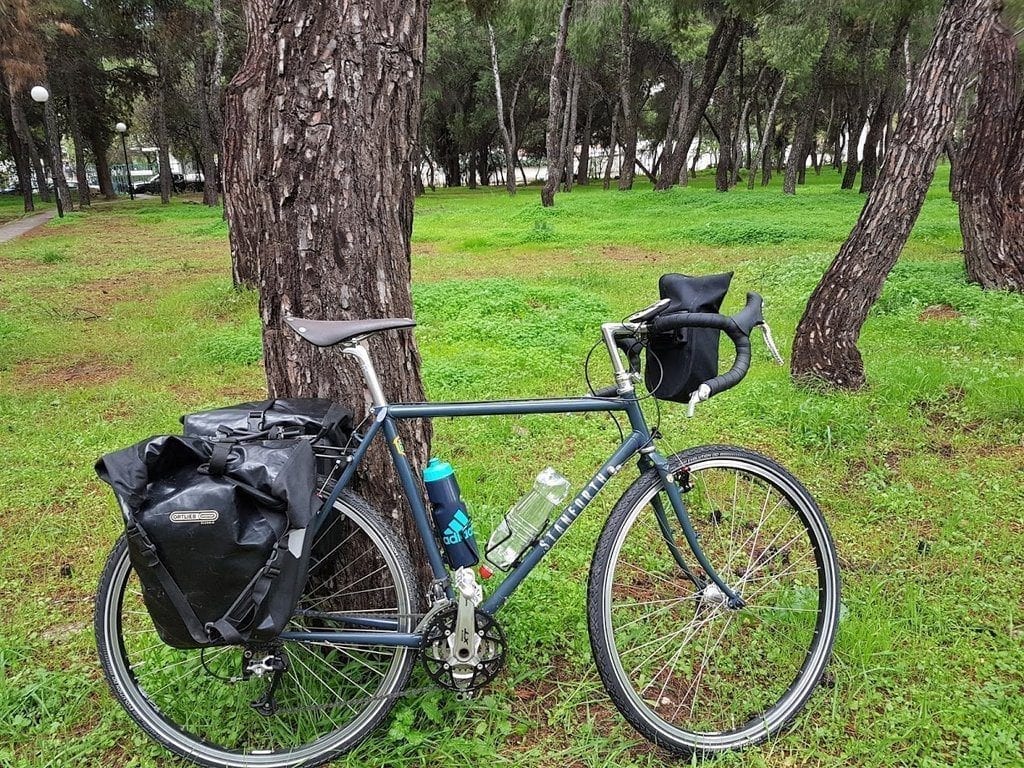 Hercules or Herakles – What's in a name?

Before I go any further, we need to talk about the name. The original Greek name would have been Herakles, or Iraklis which roughly means ‘Glory to Hera'.

Over thousands of years however, Hercules has become the most common form of the name outside of Greece. To keep things simple, I'm going to use this most well known spelling of the name.

If you are Greek and reading this, please note that I'm with you on the Macedonia issue, but I think you've lost the battle over how Hercules is pronounced and spelt!

For my American cousins, let's not even go into should it be ‘Labors' or ‘Labours'!

The 12 Labours of Hercules 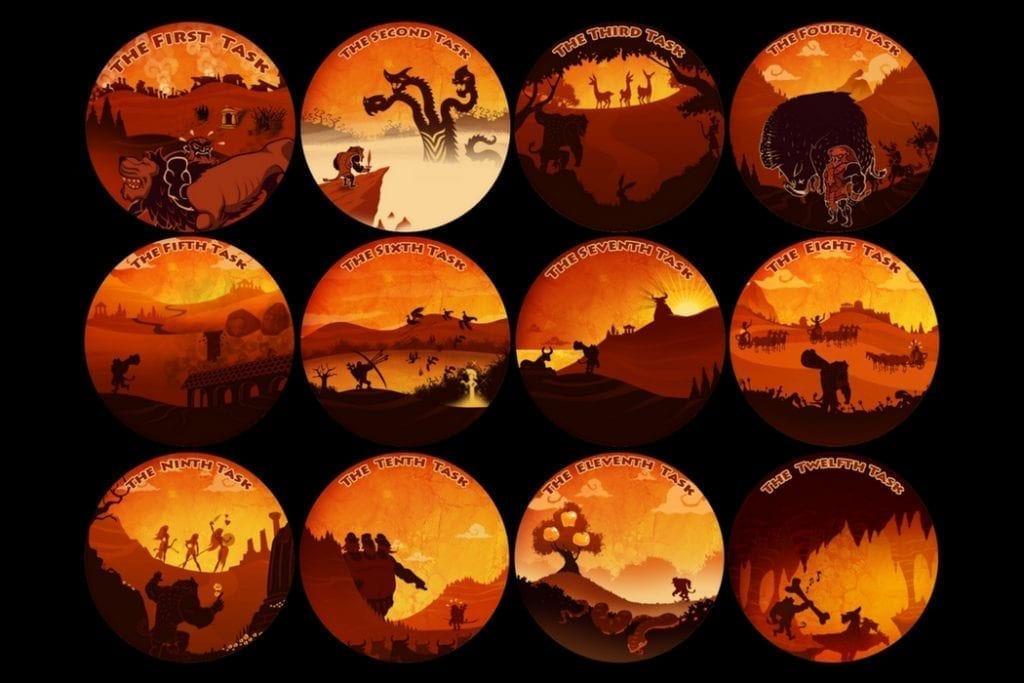 With the spelling problem addressed, let's look at these 12 labours and what order they were performed in.

Oh dear… it's another problem!

The legend of Hercules and the 12 Labours would have been oral at first, and unlikely to have been written down.

As such, there is no real definitive order for them to be placed in. Most people use the order written down in the Bibliotheca by Apollodorus (probably not authors real name). This seems good enough to me!

Where did the Labours of Hercules take place?

I can feel my headache for this project getting bigger!

Still, the 6 Hercules labours in the Peloponnese give me something to go by, and has enabled me to build up a rough route.

I've also included some locations in the Peloponnese which occur in lesser  known versions of the tale, or that appear in the local folklore of the Peloponnese.

Scholars who are far more dedicated than me have spent their lives trying to figure out the locations and meaning behind the myths. I've got about a month of planning before I hit the road on the bike, so I've done the best I can! 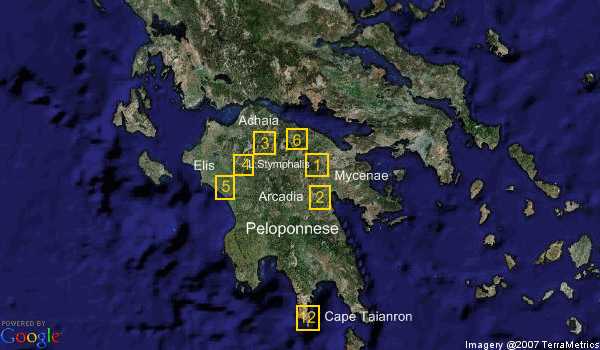 Below are the key locations mentioned in various different versions of the Hercules 12 Labours myth. I've listed them in sequence based on the above order of the labours. Does that make sense?

Here's a short video which outlines the concept of the Herculean Bike Tour in more detail.

I'll be making plenty of updates from the road, with photos and little video clips. If you love social media, why not add me?

Find out more about the Hercules Bike Tour here. 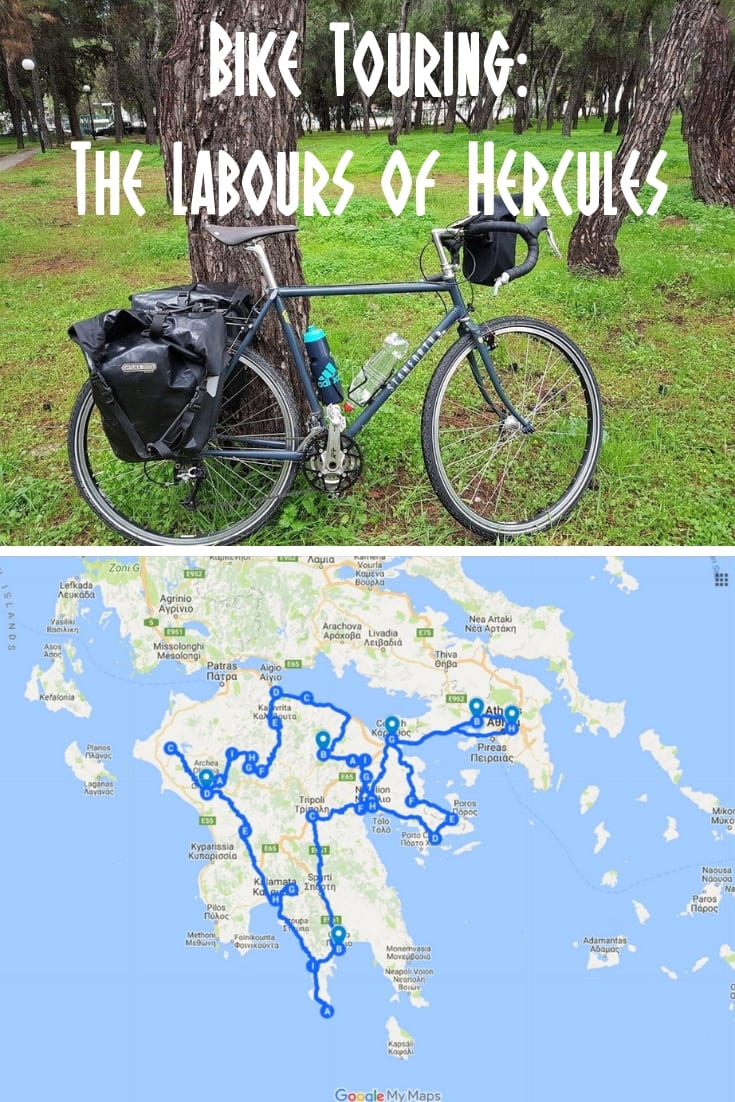