Here's a look at the route for my Labours of Hercules bike tour of the Peloponnese.  This route includes all the major locations mentioned in the 12 Labours of Hercules myth, as well as other significant archaeological sites and places of interest. The bike tour should last 25 days, and starts and ends in Athens. 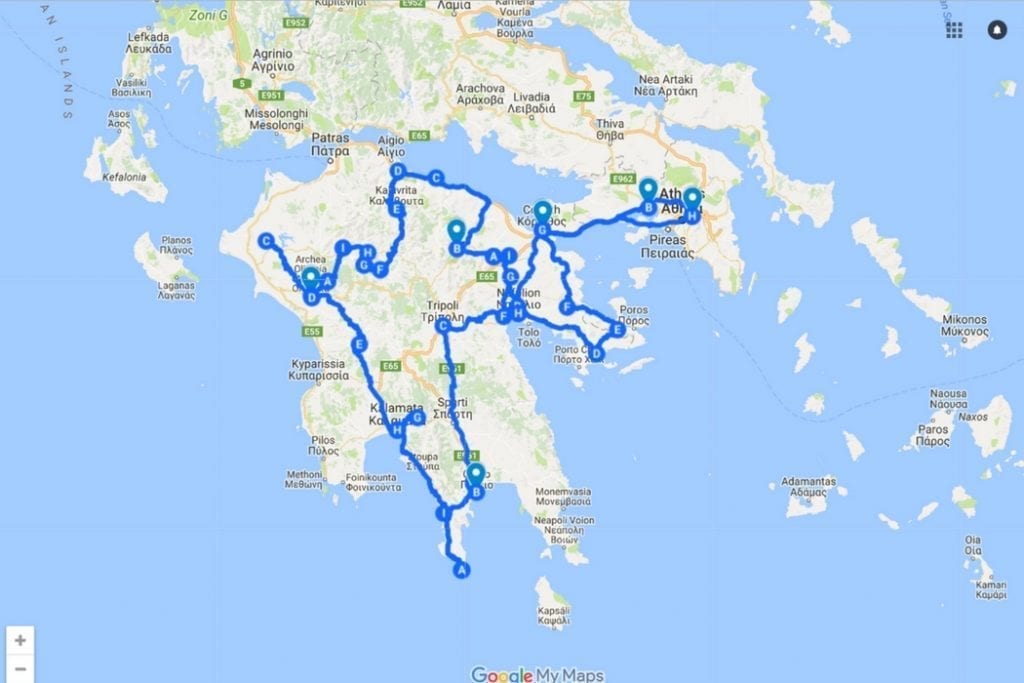 Like all bike touring routes, I have no doubt in my mind that this will get changed around and altered when I am actually out there on the road! Still, you have to start off with a rough outline when planning a bike tour, and this is mine.

As I previously mentioned during the blog post about the concept behind the Hercules Bike Tour of the Peloponnese, my route is based on places mentioned in the Greek myth of Hercules and the 12 Labours.

These form the core of the bike tour, and once I put them as dots on the map, it was then just a matter of connecting them with a route that made sense.

Cycling in the Peloponnese

The Peloponnese has an incredible landscape, which can vary from untamed mountains to secluded beaches. There's also a number of scenic routes in the Peloponnese, and so I have also tried to include them where possible.

To be honest, I'm not sure how clever this is. My experience of bike touring has shown me that anything marked as a scenic route is normally pretty hilly, and the Peloponnese has an awful lot of hills!

According to my brief research though, I shouldn't have many days of bicycle touring where the combined elevation during a day exceeds 1800 metres. So that's nice.

Map of my cycling route in the Peloponnese

Here's an interactive map of my proposed cycling route around the Peloponnese. You should be able to zoom in and out to take a closer look.

No promises, but I might even add photos etc to this map if I get time. During the journey, I'll be using a mix of wild camping, official campsites, and affordable hotels for accommodation.

I haven't marked my night stops on the map. Instead, I'll include them in a table below.

Here's a more detailed look in a table format of where I intend to stop each night, and what I would like to see along the way. I have no idea if this renders correctly on Facebook or mobile phone. If it doesn't, please look at the desktop version instead!

You will also notice that there are a bunch of ‘free days' at the bottom of the cycling itinerary of the Peloponnese. Basically, I've built in these buffer days to allow for tired legs, bad weather, or interesting places I would like to stay longer.

I will just slot these into the itinerary as I go. This will make the route the same, but the days on which I do stuff different. Hope that makes sense!

So, the next step in my preparations to cycle around the Peloponnese, is to sort out my bike touring gear. It's been a while since I used some of it, so I'll have to make sure the tent doesn't have holes in, and the sleeping bag doesn't smell too much!

Here's a look at the bike touring gear I am using on the Hercules Bike Tour.

Find out more about the Hercules Bike Tour Of The Peloponnese. 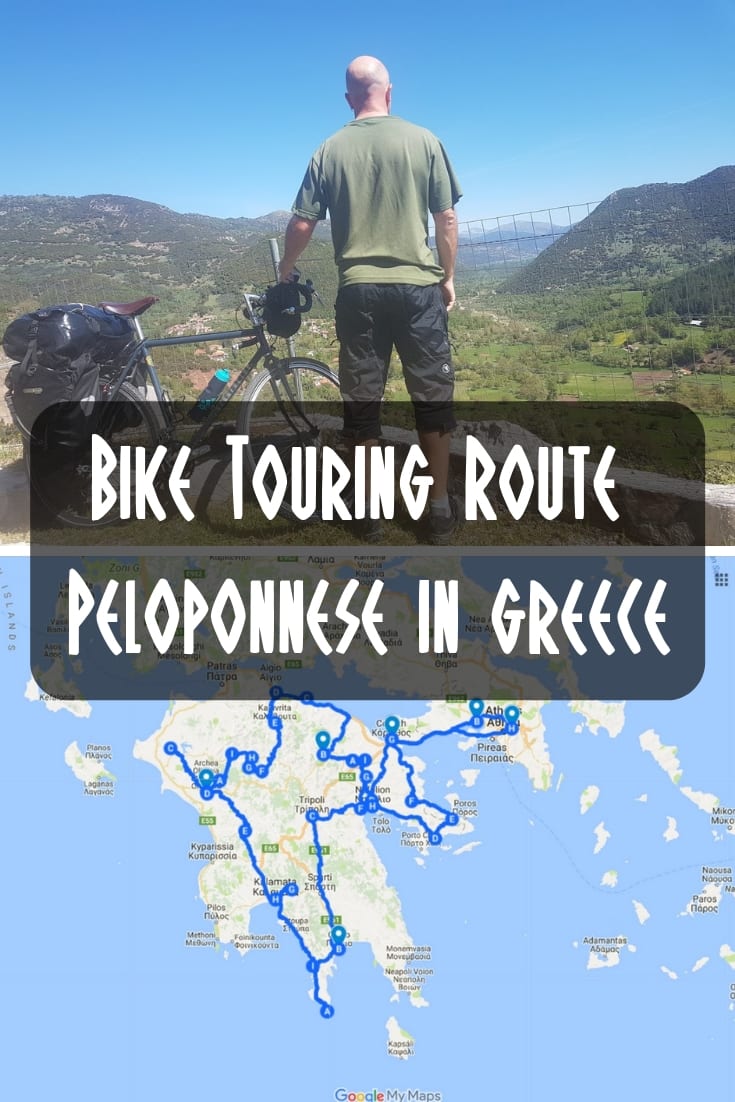