After leaving Baja, this would be my first day of cycling in ‘real' Mexico. Today's bike ride took me from Mazatlan to Escuinapa. 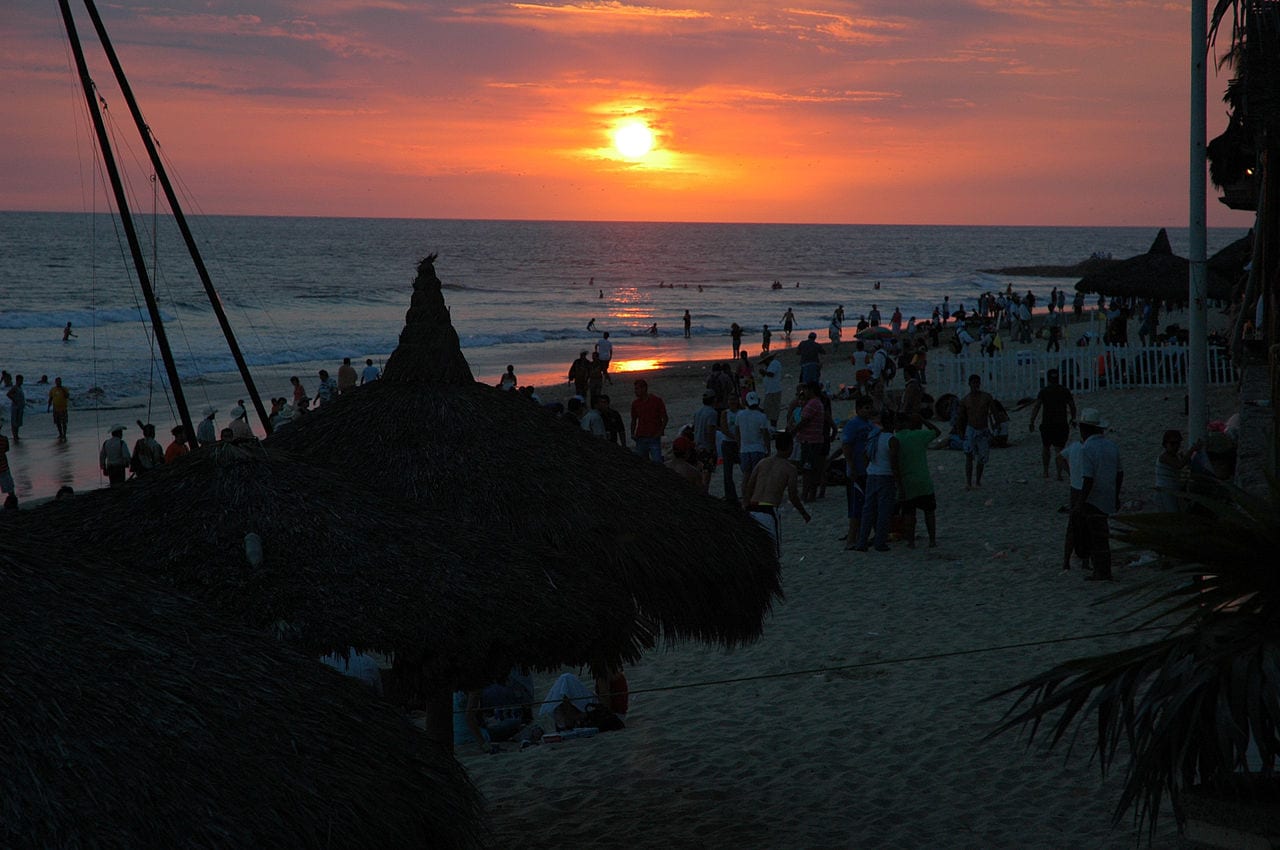 After breakfast in one of the ‘hole in the wall’ restaurants, I hit the road. Navigating my way out of Mazatlan was made all the more interesting by a complicated one way system and chaotic traffic.

Even at nine in the morning, the heat and humidity was noticeably stronger than in Baja, and I was soon taking large swigs from the 5 litres of water I carry.

The road led gradually upwards, and had no shoulder which wasn’t great news, as although through doing a lot of cycling I’ve switched off that part of my brain which worries about traffic, it became pretty hard to ignore the lorries thundering past only inches away.

Worse, was the traffic in the oncoming lane, who would often overtake each other so that I had two lanes of traffic coming at me, with nowhere for me to pull over.

I’ve found the Mexican people to be friendly and welcoming, but for some reason when they get behind the wheel of an automobile, they turn into complete and utter idiots. One would think that with the hundreds of memorial markers signifying a death lining every road they would chill out a bit, but its not the case.

There’s no such thing as a relaxed drive in Mexico – As soon as you are in the motor, it has to be driven as fast as possible, and with no consideration for others.

Ok, maybe I had a bad day, but seriously, chill out guys! Anyhow, by the time I reached Escuinapa, I was a bit of a sweaty mess. Hotel Gratos looked fine by me, and so I checked in and had a much needed shower. 90kms achieved. Very tiring.