Last Updated On August 8, 2022 by Dave Briggs Leave a Comment

After 3 weeks off in San Cristobal de las Casas, it was finally time to get back to cycling again! Here, I cycle from San Cristobal to Ocosingo.

It felt so good to get back on the bike again after such an extended break in San Cristobal de las Casas.

It was like starting out again on a completely new bikepacking trip, especially as the bike had been refitted and felt a joy to ride 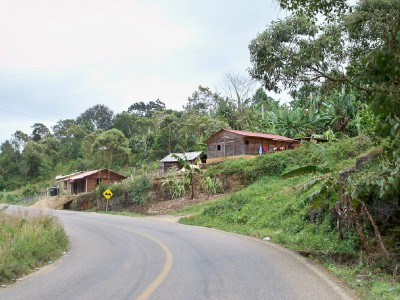 That said, it was still a reasonably tough days cycling on the Ocosingo route, especially after two weeks of virtual inactivity !

Along the way, I met Oliver, a German cyclist going the same way. 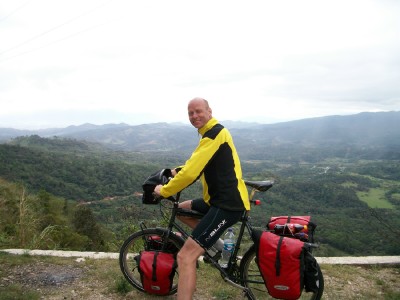 His route had taken him from Mexico City and through into Chiapas, and will later take him up into the Yukatan and back to Mexico City.

It made a real change to cycle with someone else and have a chat on the road, talking about this journey as well as other bicycle trips.

We called it a day in the town of Ocosingo, where at Hospedeje Esmeralda we got a good deal on a large room we could wheel the bikes into.

Pizza for dinner, and a couple of beers at night where we swapped stories, and planned the next day ahead.

Some questions travellers have when they want to explore this part of Mexico include:

Is it safe to travel from San Cristobal to Palenque?

Yes, it is safe to travel from San Cristobal to Palenque. There are no dangerous areas along the way, and as long as you take the usual precautions when travelling, you should have no problems.

There is no doubt that San Cristobal de las Casas is a beautiful and interesting town to visit. The architecture, the markets, the people and the scenery all make it a place well worth stopping at for a while. Whether it is worth spending weeks there as I did is more debatable (unless you are waiting for packages or working), but certainly a few days exploring the town and its surroundings is time well spent.

Is there public transport from San Cristobal to Ocosingo?

Yes, there is a bus that leaves from San Cristobal de las Casas and arrives in Ocosingo. Services depart once daily and run every day. The trip lasts around 2 hours 30 minutes.

How do I get from San Cristobel to Palenque?