During my bike Pan American bike tour, I decided to take some time off in San Cristobal de las Casas in Chiapas, Mexico. I couldn't have picked a more ideal town.

Even though it's classed as a city, San Cristobal de las Casas has a colonial town feel to it, with its narrow one way streets, central plaza and countless cathedrals.

Its set up in the Chiapas highlands at about 2100 metres, which for those working in old currency, is about 6700 feet. This means that it is far cooler here than Mexico in general, and at night something over the top of the t-shirt is advisable!

I didn't see seen much rain here during two weeks, but it gets its share, being almost in the clouds!

What to do in San Cristobal de las Casas 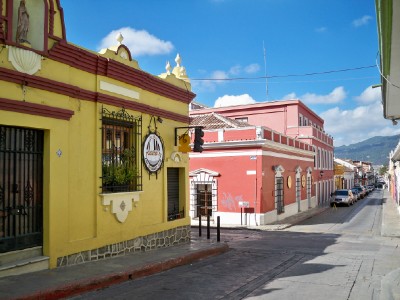 The reason I took time off in San Cristobal, was to wait for some bike parts to be shipped over to me. In the mean time, I set up a daily routine which included doing some work online, trying out different places to eat, and seeing the sights in San Cristobal.

For me personally, I enjoyed some time off the bike in quite a relaxed location. I think most other cyclists riding through Mexico thing the same way, as do backpackers in Mexico on the overland trail. It's a place to rest up, recuperate, and gather energy for the rest of the journey!

It's not all about resting up though. There's plenty of things to see in San Cristobal de las Casas in terms of sightseeing.

Best things to do in San Cristobal de las Casas

The town is an easy place to walk around, with most notable attractions 5 minutes away from the central plaza. One of the attractions though is simply walking around the streets themselves!

1. Walk around the streets of San Cristobal de las Casas 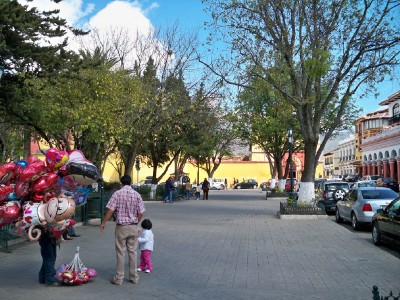 There's not much science behind taking a wander along the streets of San Cristobal de las Casas. Just let your feet do the walking!

Along the way, you will encounter colour everywhere. Whether it's a balloon seller, colonial era buildings, brightly dressed people or the endless supply of tasty food.

People spending longer in San Cristobal de las Casas will soon realise that there is both a day and night vibe. An evening walk around the streets is highly recommended!

2. Check out the Artisan Markets 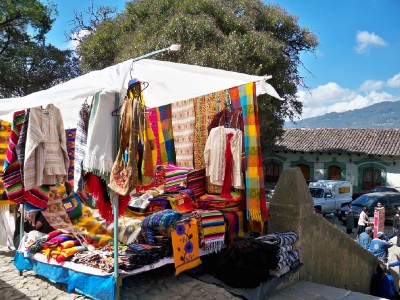 If you ever felt the need to buy a sombrero, handmade bag, blankets or souvenirs, the artisan markets of San Cristobal de las Casas are the place to do it!

Browsing through them is another great things to do in San Cristobal, although if you are on a bike tour like me, you probably won't be buying much!

Just a short walk away from the Artisan markets, you can find the Municipal Market. A place where anything from food to electronics can be found, it could be an interesting place to resupply before continuing a journey through Central America.

Even if markets are not really your cup of tea, a visit here is one of the essential things to do in San Cristobal de las Casas if you want a taste of local life!

If you are in town for any length of time, and have a half an hour to fill, the Jade Museum might be a good fit. Located just near the main square, it has a cheap entrance fee, and once inside, you learn how jade was worked by the Mayans.

If you have already visited, or are about to visit Palenque, you may know about the jade masks found there. Yes, you can buy replicas at the museum!

5. See the churches and temples

Perhaps it was just my imagination, but San Cristobal de las Casas seemed to have more churches than people! Ok, maybe that's an exaggeration, but it did have a few!

And each of the churches in San Cristobal was colourful and unique. Whether you are a go inside and soak up the ambience type, or a take photos and walk on type, you won't be disappointed.

I've included the more significant places as the next items in the list of what to do in San Cristobal de las Casas. 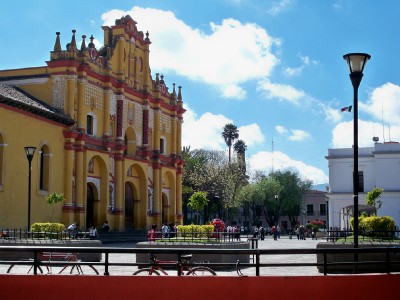 I heard that the cathedral was closed recently due to the 2016 earthquake. It's still a visual treat though, and the perfect backdrop for the evening flea markets that set up in front of it, selling colourful textiles. 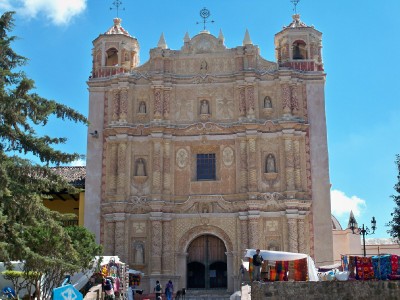 Five minutes from the Cathedral of San Cristobal, is the amazing Cathedral Santa Domingo with its unique facade. Again, sadly due to the earthquake an interior visit is currently off the cards. 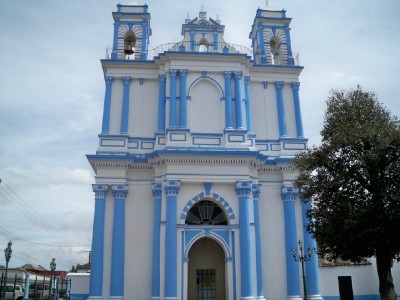 Over across the opposite side of the square is the magnificent blue structure which is the Saint Lucias Temple. 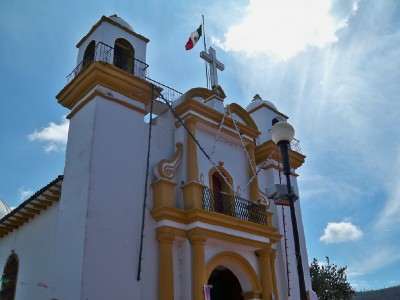 Yet another temple for you! The outside may not be as beautiful as some of the other churches in San Cristobal de las Casas, but the view out over the town is certainly worth the hike up there! 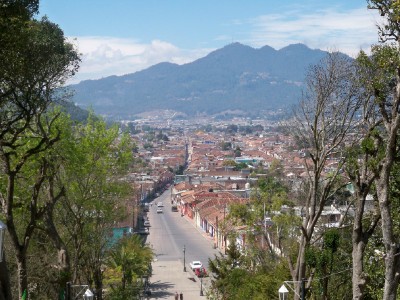 During my time in San Cristobal, I took my bike out to visit some of the surrounding villages. Other travellers might prefer to take an organised day tour from San Cristobal de las Casas. Here's some of the best day trips to choose from.

Where to stay in San Cristobal de las Casas

If you're looking for somewhere to stay in San Cristobal de las Casas, check out the latest deals below.

Pin this travel guide for later 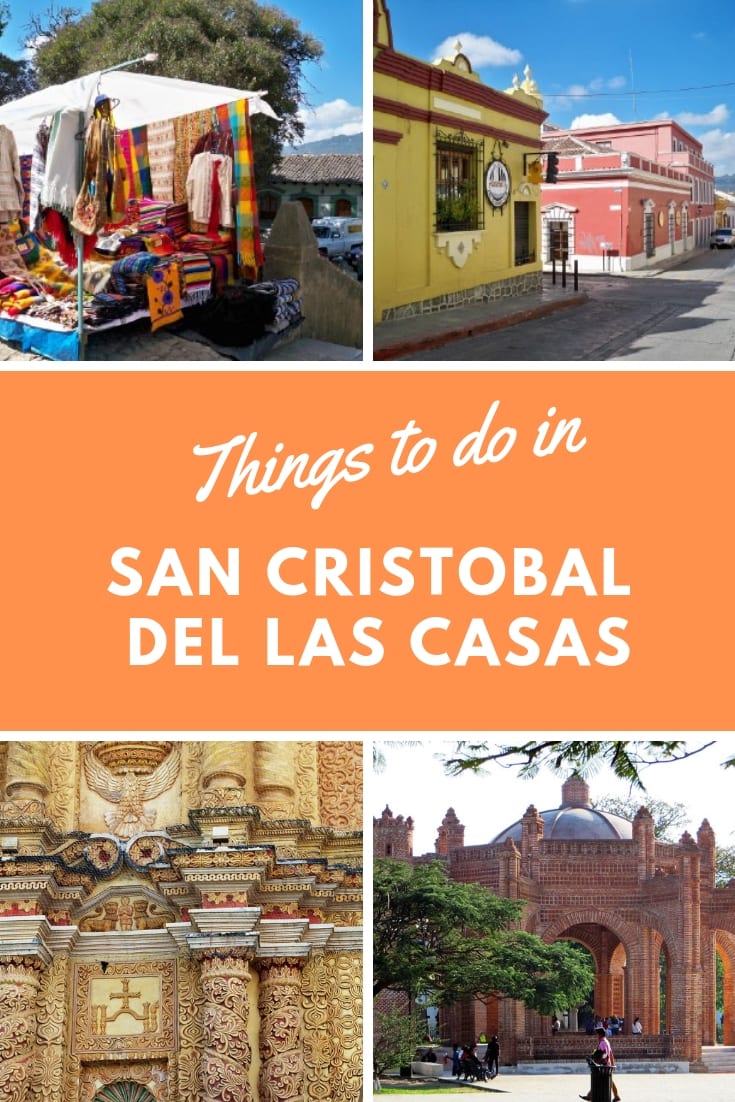