Today I cycled up and down the Baja hills as I covered the road between San Vicente and Colonel Vicente Guerro in Mexico.

Cycling out of San Vicente in Baja

One of the things that happens quite often when I am travelling, is that I lose track of what day it is. Only writing this the following day did I realise it was the weekend, not that it had any major significance of course.

I did a fairly big day, and the Baja hills combined with the heat were quite exhausting. The road itself does not have much of a shoulder, which means a lot of cycling on the white line whilst cars and trucks zoom passed only inches away.

This wouldn’t be too bad, if the Mexican road system put the ‘cats eyes’ (road reflectors) down the line between the two lanes as opposed to the line I have to ride on.

There were also a worrying amount of roadside grave markers lining the highway – So many in fact, I am surprised that there is any population at all.

Where to stay in Colonel Vicente Guerro 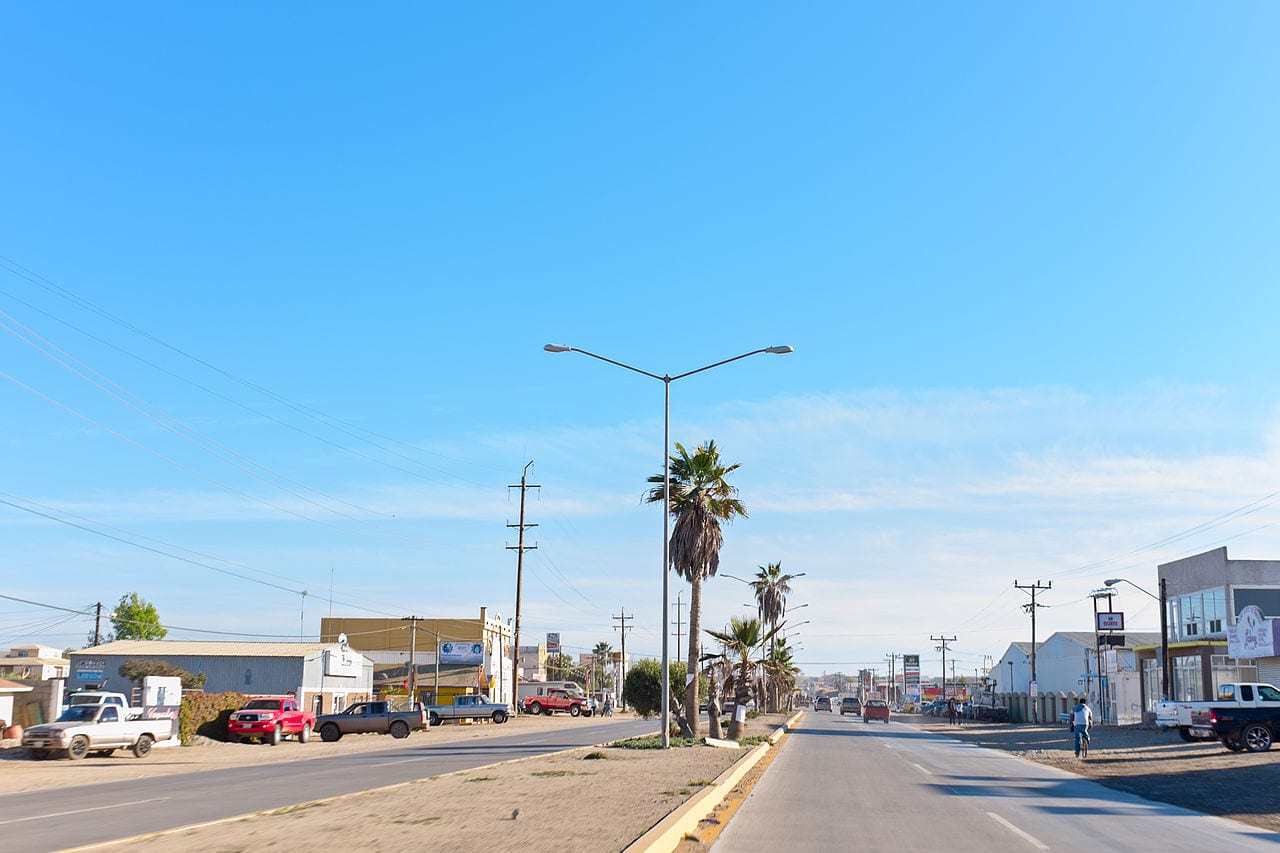 Anyhow, I reached the town of Colonel Vicente Guerro, and checked out a campground. They wanted 13 dollars for me to set up my tent, whereas a motel down the road wanted 18 dollars for a room, which I judged to be the better bargain.

There’s a little internet place over the road as well, which is handy.