Spectacular views and lovely cycling were what this day's ride was about between South Beach and Honeyman State campground as part of my Alaska to Argentina Bike Tour.

A chat before cycling from South Beach

Miraculously, it didn’t rain during the night, which meant that I was up and about a little earlier rather than ignoring the world whilst wrapped up in my sleeping bag.

Over breakfast, I chatted some more with Tom and some of the other cyclists that had turned up. With my stuff packed, I said goodbye to Tom who was riding on with a cyclist from Luxembourg , but I decided to have another freebie coffee before hitting the road myself.

The day's cycling seemed really easy, due in large part to being energised by the good company of the day before, and partly because of the spectacular views.

There were plenty of photo ops of some great coastline, and sand dunes, although the sea lions and seals were a little bit far away to zoom in on.

Who would visit Northampton?

I stopped off in a random grocery store for a pepsi and a muffin, and after explaining that I was from Northampton, England, the lady there produced a canvas shopping bag with ‘Northampton’ written on it, surrounded by pictures of our ‘famous’ monuments.

To be honest, I didn’t know what was stranger. Her mother having visited Northampton and buying a souvenir for her and then meeting me, or the fact that Northampton had souvenirs in the first place.

I decided that the monuments were all wrong though. If I was designing the bag, pictures of ‘The Shipmans’ and ‘The Bear’ would be on there no questions asked, but also, I’d include portraits of local Northampton legends like 50p Lil, The Crazy Cat Woman who plays her electric keyboard on Abington Street, and the Hat Man who only drinks halves because a pint takes too long.

Hmm… I seem to have become distracted there! 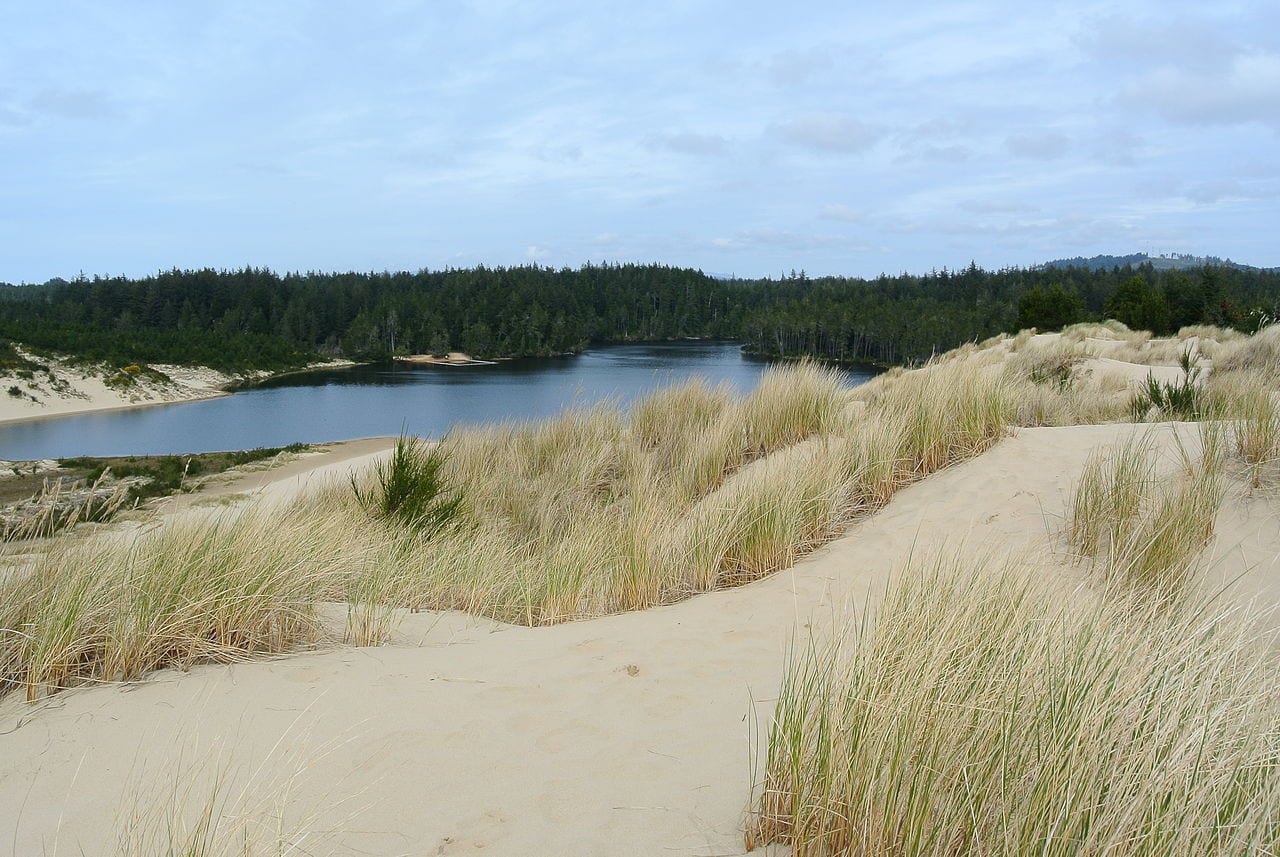 I reached Honeyman State campground in plenty of time to do a quick bicycle check up and oil, and have a free hot shower. At this rate, I stand a good chance of being close to clean in a few days!

To add to the good feeling of the day, I was also an extremely grateful receiver of my first donation via the website. Thank you very much A-Team!! (Angela and Alan).

It's really appreciated, and put the icing on the cake of the day… err, that doesn’t sound quite right, but hopefully you get my drift.

Continue reading by using the links below

– Dave Briggs
Dave wrote this travel guide about cycling to Honeyman State Campground when bikepacking from Alaska to Argentina.