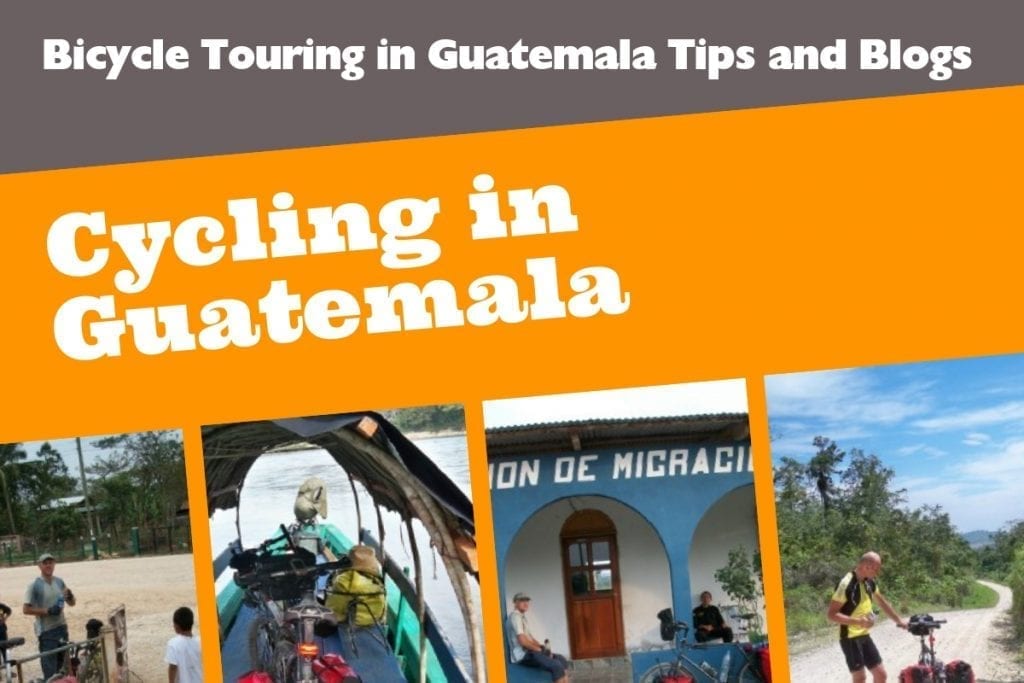 I've been fortunate to have visited Guatemala twice at the time of writing this article. The first time, was on a Guatemala backpacking trip. The second time was bicycle touring on my way from Alaska to Argentina.

Guatemala has long been popular with overlanders, who appreciate the colour of the food, markets and people. It's got a friendly atmosphere, an abundance of traditional villages, ancient ruins, and man, is it cheap!

In fact, Guatemala could have been one of the cheapest countries I visited on the bike tour from Alaska to Argentina, giving even Bolivia a run for its money.

Whilst during this bike tour I carried a tent, accommodation was so well priced it was almost pointless using it.

Hotel rooms hardly scratched my budget, and in addition, I had teamed up with another cyclist bringing the prices down further.

So Guatemala sounds like a perfect destination for bike touring then? Well, it is, kind of. Just remember that it does have its challenges. These come mainly in the form of rough, steep roads and sweltering weather.

You do get rewarded by the scenery though, and the challenges for the most part are fun.

During my bike trip, I kept a blog a day. I've included these blogs a little later on so you can get a feel for what the actual cycling in Guatemala was like.

You'll find they're a bit rough around the edges – a little bit like me!

How I remember cycling in Guatemala

I had teamed up with Oliver, a cyclist from Germany I had met in Mexico, and we crossed into Guatemala together. The entry was unusual as we packed our bikes on to little boats to sail across the river from Mexico to Guatemala.

Stranger still, at the time, was we spent a day in Guatemala without visiting the official border crossing area. Just one of the quirks of cycling in this part of central America!

As Guatemala is a relatively small country, I didn't spend too long cycling there. I did, however, make some time to visit the ruins of Tikal, which I highly recommend for anyone planning a similar bicycle tour in the region.

Below is the route I took when cycling through Guatemala. After crossing from Frontera Corozal, I cycled to Bethel. and then on the country before crossing into El Salvador.

Here, you can find the bicycle touring blogs I kept whilst cycling through Guatemala.

At the end of each article, you'll find links to both the next and previous blog post about bicycle touring in Guatemala.

For more blog posts from this bicycle tour, take a look at the main post describing my bicycle tour along the Pan-American Highway.

If you enjoyed this post on bicycle touring in Guatemala, please share it on social media. I've also included a pin for your Pinterest boards below. 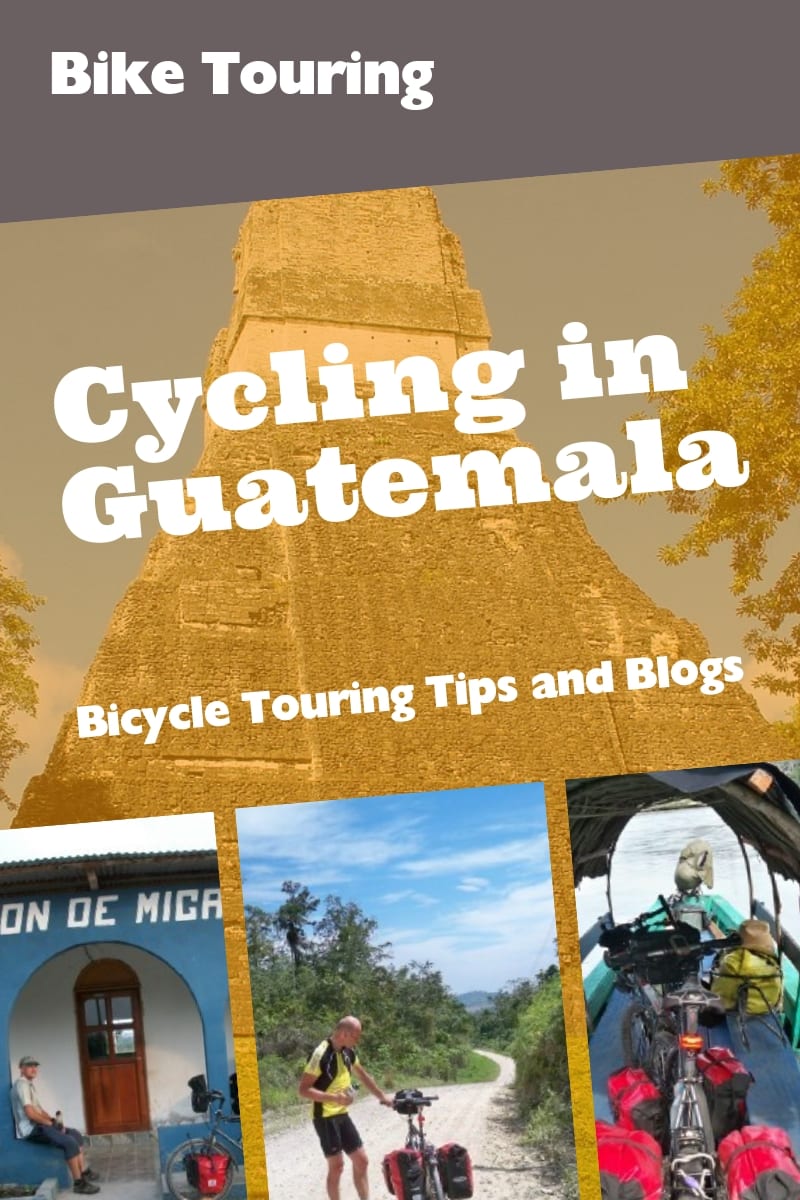 Readers who want to cycle in Guatemala often ask similar questions to:

What is the currency in Guatemala?

The currency in Guatemala is the quetzal. In 2022, you could get about 7.8 Quetzals for one dollar. On average, taking past years into account, one dollar should be around 7.4 Quetzals.

Can I camp in Guatemala?

The route that I took when biking through Guatemala didn't really have many wild camping possibilities. There are a few official camping grounds, such as a campsite near the Yaxha ruins close to the Belize border.

Cyclists can expect many steep hills, but also the most amazing scenery and views. Highland roads are quieter to cycle on than the major roads in and around Guatemala city.

Is Guatemala a good place for a bike tour?

Most bikepackers love cycling through Guatemala as it has a good combination of challenging terrain, picturesque views, and good food. Guatemala is also a very cheap country to explore by bicycle!

– Dave Briggs
Dave has bicycled around much of the world on various cycling tours that include cycling from Greece to England, and England to South Africa. In addition to this guide to cycling Guatemala, he's written many other blog posts on bike touring.