The Athens War Museum is located a short walk away from Syntagma Square. One of the largest museums in Athens, the War Museum exhibits weapons and memorabilia connected with the Greek Armed Forces. 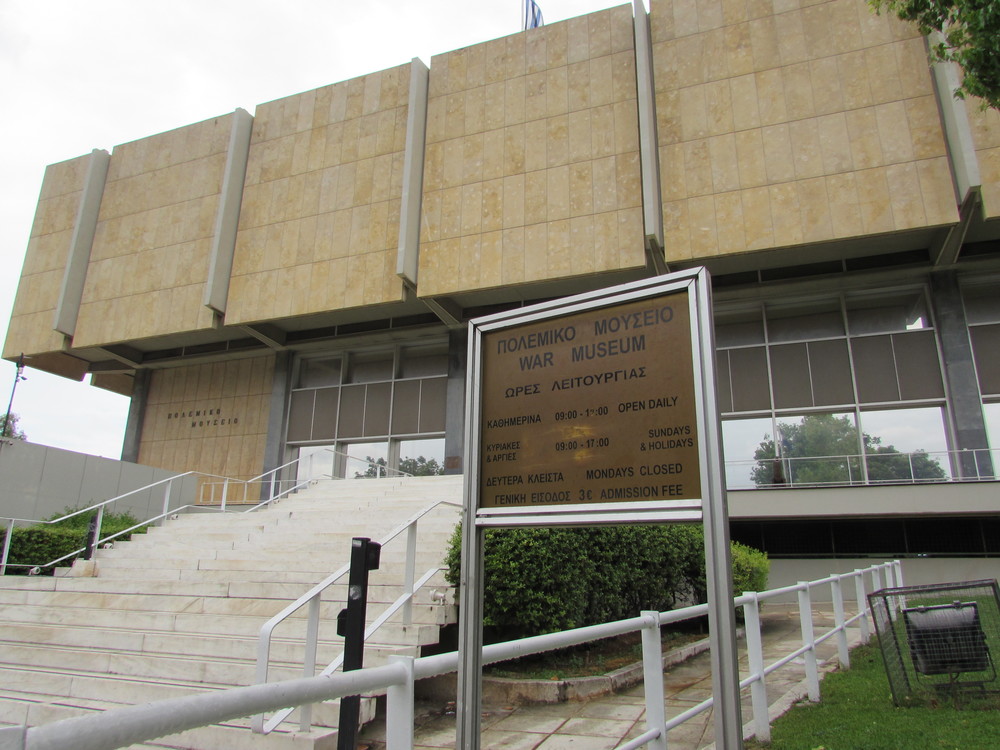 Few countries have known so much conflict and instability since their creation than Greece. The Greek War of Independence, The Balkans Wars, World War 1, World War 2, the Greek Civil War.  For over 140 years, it barely seemed to get a moment's peace.

It is hardly surprising then, that the Athens War Museum is such an important place. It serves as a poignant reminder of the struggles of the past through memorabilia and exhibitions of Greek military history.

Visiting the War Museum in Athens 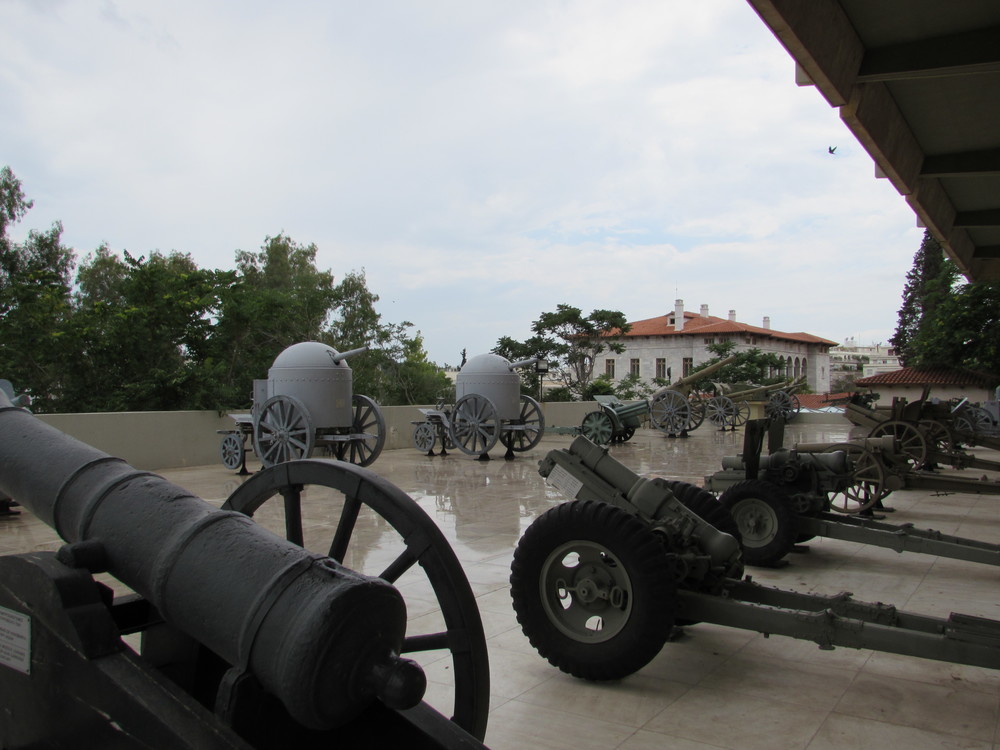 The museum's collections are housed both inside and outside the main building. Outside, you can find all the big armaments such as artillery pieces and even a plane.

The museum's exhibition areas on the inside of the Athens War Museum contain weapon artifacts and memorabilia.

The exhibits are given some context by describing the various conflicts in which they were used.

Inside the Athens War Museum 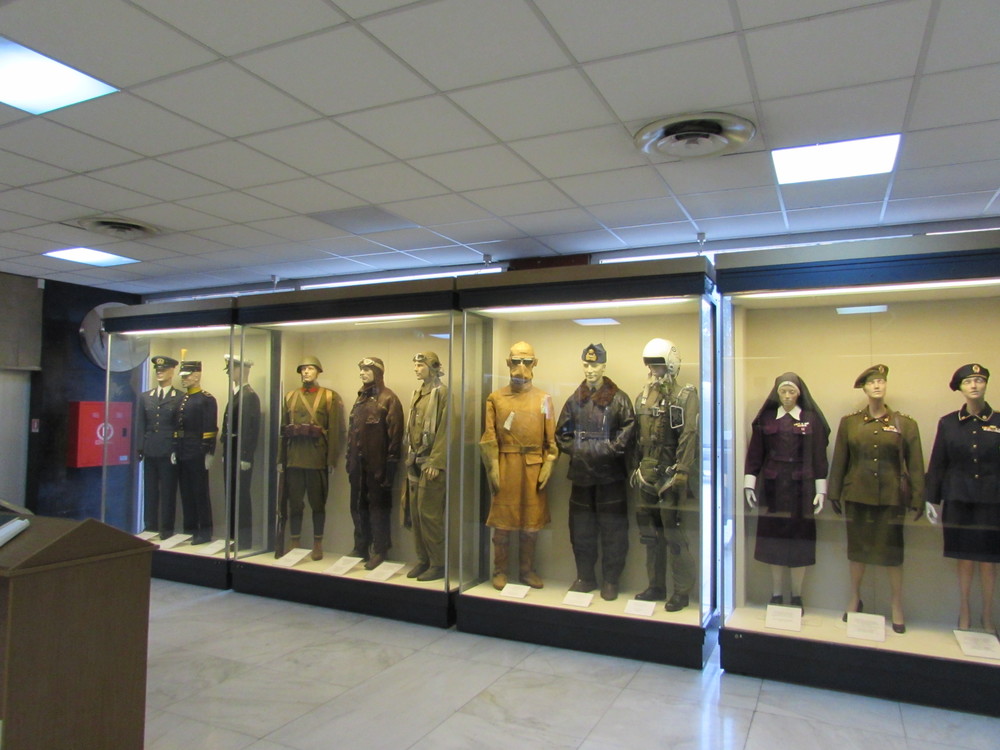 A collection of different uniforms used by various departments within the Greek armed services through the years. 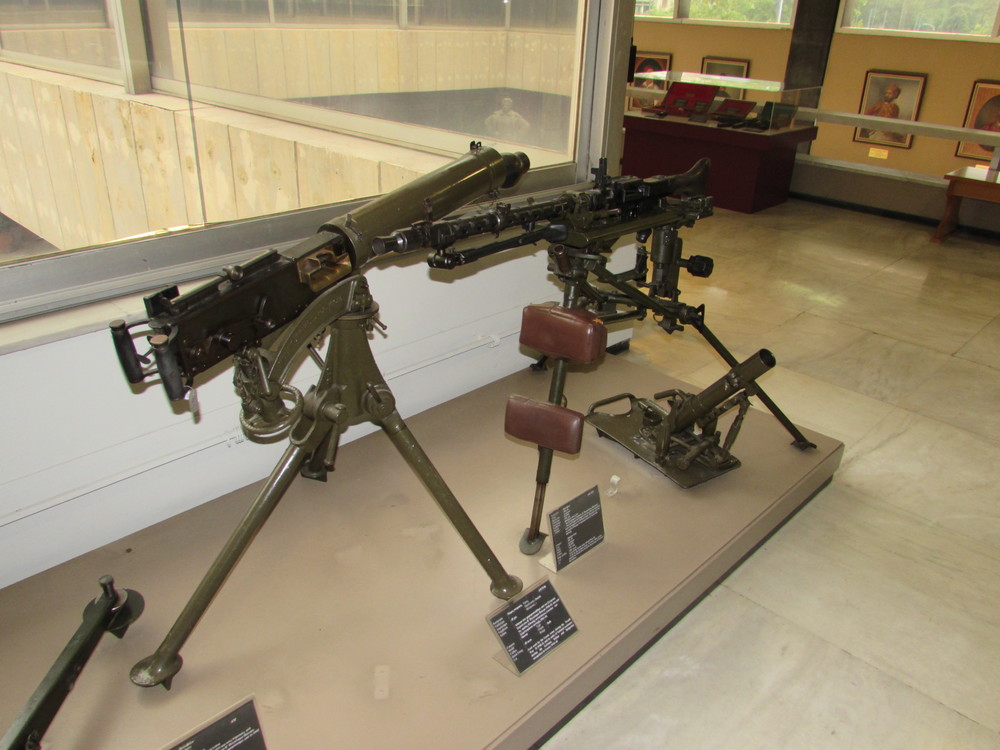 The war museum in Athens is split into several sections. Each one of these sections covered the major conflicts that I have already listed, except one. The Greek Civil War was strangely absent.

Unless I missed a room somewhere of course – If I did, please comment below so that I go back and check it out! 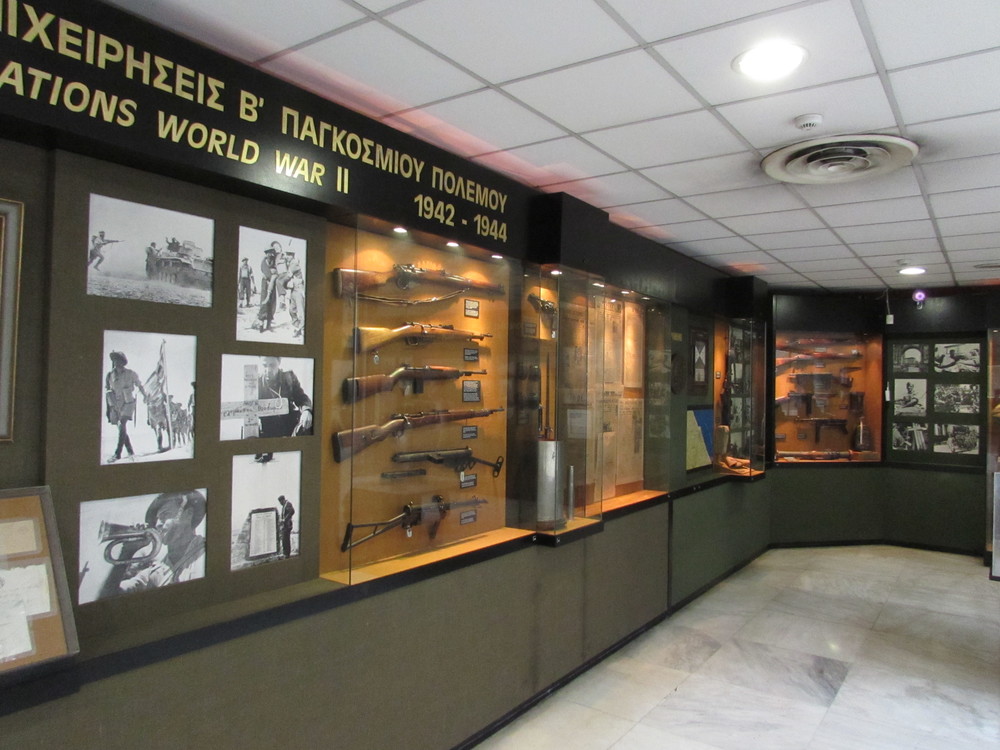 Understandably, World War 2 was extremely prominent in the war museum Athens. Along the walls, were stories of naval battles, resistance fighters, and fighters trained overseas.

One of the more interesting stories, was that of the ‘Sacred Band' or ‘Sacred Squadron'. These were in effect a Greek special forces unit, which was initially made up mainly from officers. 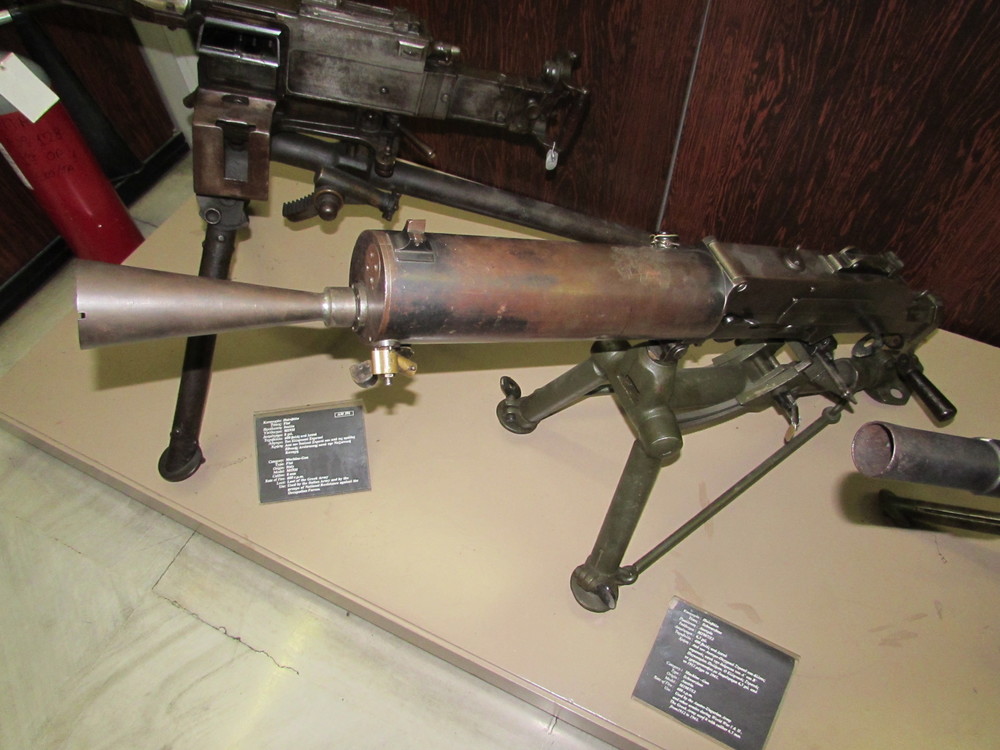 Some of the guns on display in the war museum of Athens from this era had a brutal, elegant simplicity about them. There was no time for individuality in an age where weapons were mass produced to kill an enemy en masse. 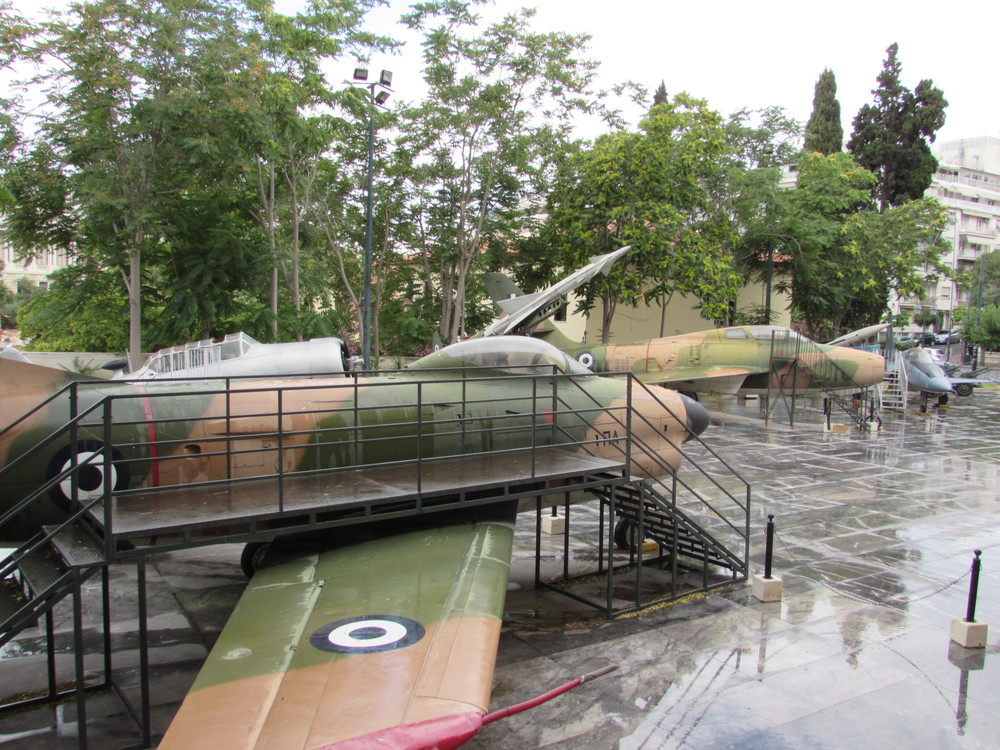 Why visit the Athens War Museum

You don't need to be a military enthusiast to benefit from visiting the war museum in Athens. Spending a couple of hours here will give a deeper insight into modern Greek history and the Greek nation.

The Athens War Museum is one of the ‘must see' museums in Athens. Kids will enjoy the exhibits as much as adults, and I would advise to set aside between 1 and 2 hours in order to get the most from it.

The Byzantine and Christian Museum is right next door, and so it would be possible to visit them both on the same morning or afternoon.

If you happen to be in Athens on a rainy day, perhaps this is a museum to add to your sightseeing itinerary. 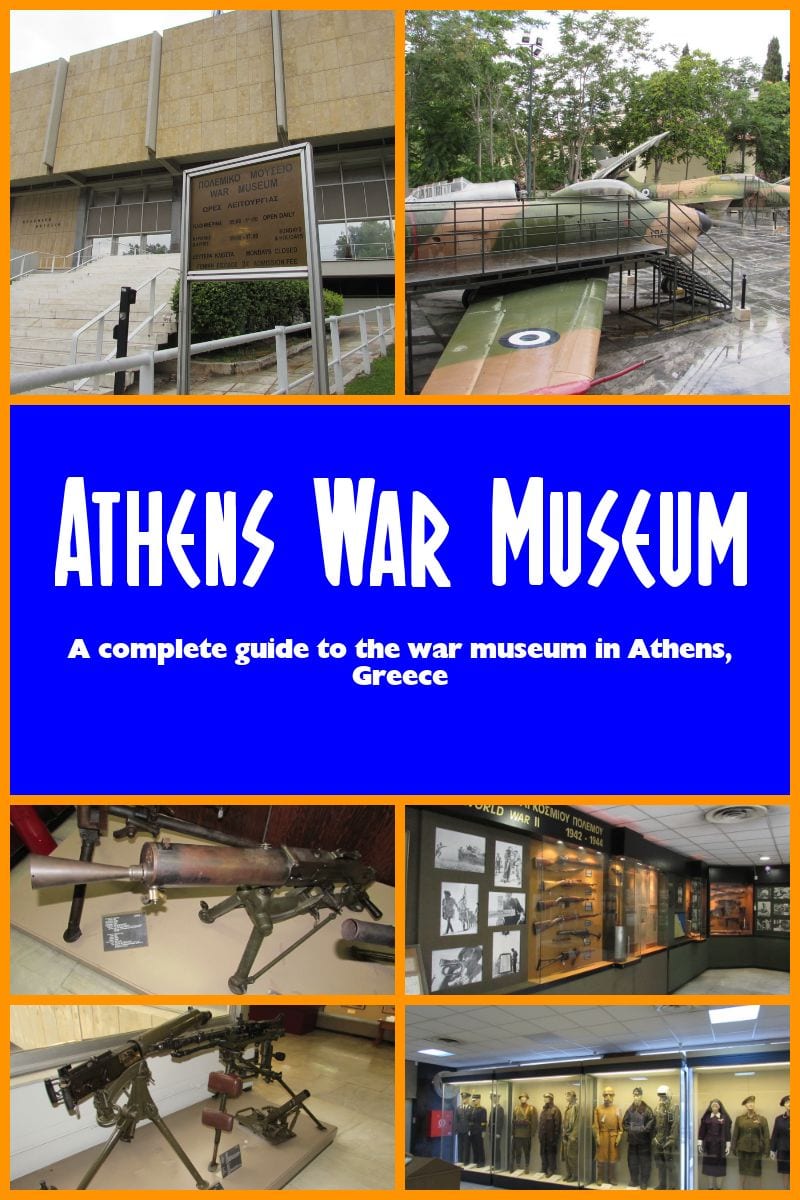 The museum is not hard to find. It's the place with all the artillery and planes outside it! No tanks though, which I found slightly disappointing. Its actual address is Vassilissis Sofias Avenue, Athens, Greece, and the closest metro station is Evangelismos.

The Athens War Museum was established in 1975 and is dedicated to the exhibition of weapon artifacts and the study of the Greek nation's military history. The museum is located in the heart of Athens, in one of the most central parts of the city. Visitors can tour the museum to learn about Greece's military history, both ancient and modern.

– Dave Briggs
Dave is a travel writer who has been living in Athens since 2015. As well as writing this guide to the various exhibits in the Athens War Museum, he's written hundreds of other travel guide to museums and popular destinations in Greece. Follow Dave on social media for travel inspiration from around the world: