On discovering that there was a political exile museum in Athens, I immediately wanted to find out more. Political exiles? What was this all about? As I researched, I came to realise that there is a little known, buried part of the history of modern Greece. It's a part of history which even many Greeks do not know about. Read on to find out more about the Political Exile Museum in Athens. 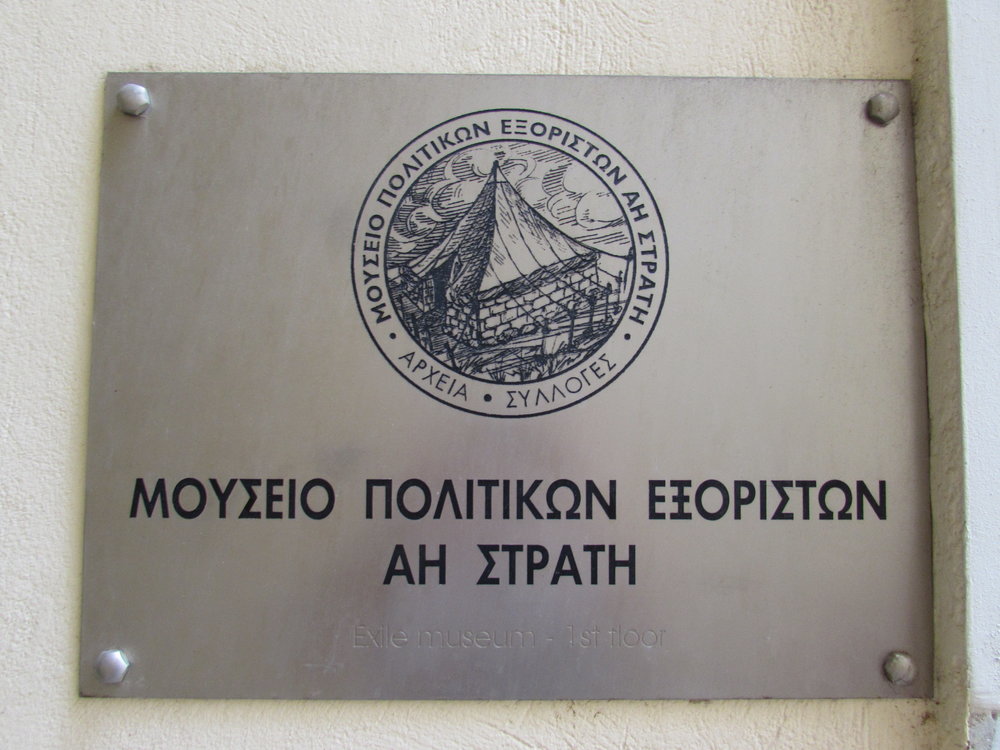 My ongoing project to visit all the museums in Athens, has led me to some interesting places.

Some have been essential places to visit, like the National Archaeological Museum in Athens. Others have been educational on a much deeper level like the Tactual Museum of Athens.

Some are shocking, such as the Political Exile Museum in Athens.

To begin with, it is probably best to give a little context.

Modern Greece as we know it, has existed for less than 200 years. During this period, it has endured Balkan Wars, two World Wars, civil war, and a dictatorship.

As one can imagine, whoever was in charge at the time, used a variety of methods to keep in power. One of these was by internal political exile to the Greek islands. 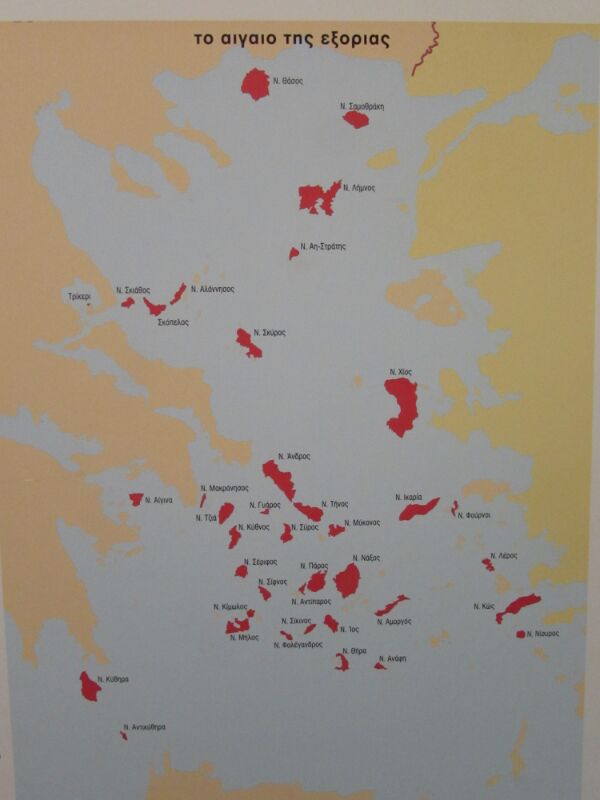 From 1926 to 1967, many of the Greek islands were used to house political prisoners. They would generally be people that had opposing political views to those in power.

They might include politicians, military figures, and activists, but also poets and artists. The most significant numbers of people exiled, occurred during and directly after the civil war period of 1946 to 1949.

There is a strange absence of information available to the public about the civil war period. Certainly, there is no specific museum dedicated to this time, and there is nothing in the Athens War Museum.

So, when I discovered that there was not one, but two political exile museums in Athens, I knew I had to visit.

The museums are actually next door to each other at 31, Agion Asomaton Street 10553 Keramikos, Athens. They have really short opening hours, which are between 11.00 and 14.30 so it might be worth calling ahead to make sure they are open. 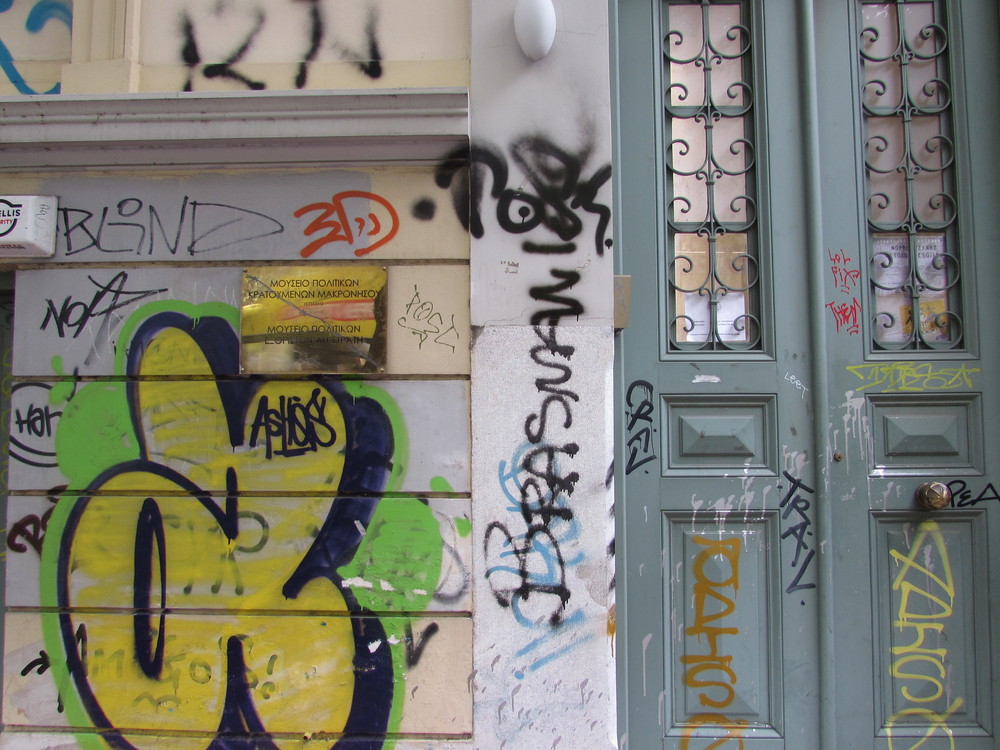 One of the reasons that these political exile museums in Athens are little visited, is that they are not easy to find. Even with an address for the Ai Stratis museum, you might walk straight by. Or think that the museum had long been closed. Ring the bell though, and you will soon be invited up.

One of the reasons that these political exile museums in Athens are little visited, is that they are not easy to find. Even with an address, you might walk straight by. Or think that the museum had long been closed. Ring the bell though, and you will soon be invited up.

I would suggest that of the two museums, you should visit this one first. This political exile museum concentrates on the island of Ai Stratis.

Between 1926 and 1967, over 100,000 men, women, and even children were exiled to this island. Unfortunately for the foreign visitor, the exhibits are not labelled in English. I would suggest either go with a Greek speaking friend, or get chatting with the friendly, English speaking museum owner.

Life as an Exile

The museum aims to explain the story behind life as an exile on the island. It does this through many works of art, paintings, and writing which were produced there over the years.

There is also an invaluable collection of newspaper cuttings, photos, engravings, and documents. After talking with the owner, he also explained that his library contained audio and video interviews of people who were held on Ai Stratis. 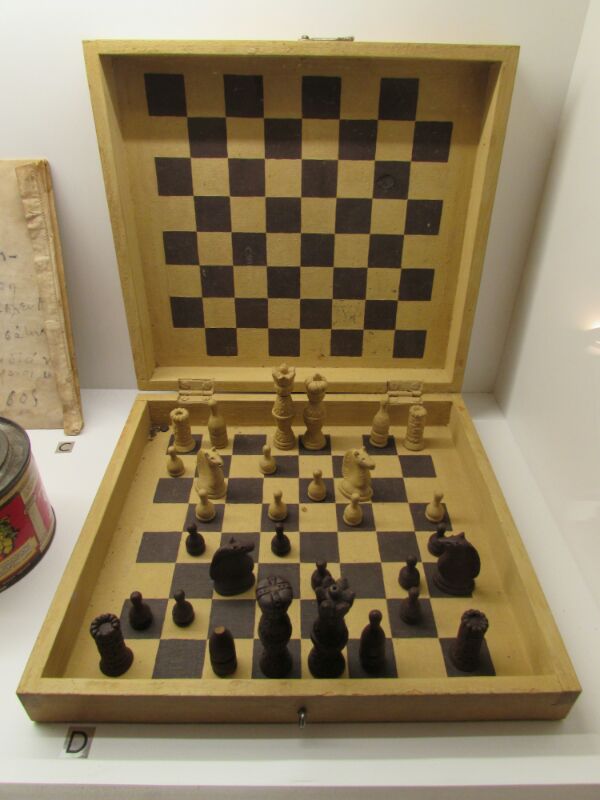 The chess board pictured above was used by the political exiles on Ai Stratis. The pieces are made of bread!!

Both political exile museums in Athens offer a great deal of information, but the inclusion of a small lecture area/auditorium in this one makes it easier for groups to visit.

I am led to believe that school children are also finally visiting both museums, although the civil war period may not be part of an official curriculum yet. There is also a small display, depicting how a cell looked on the island. 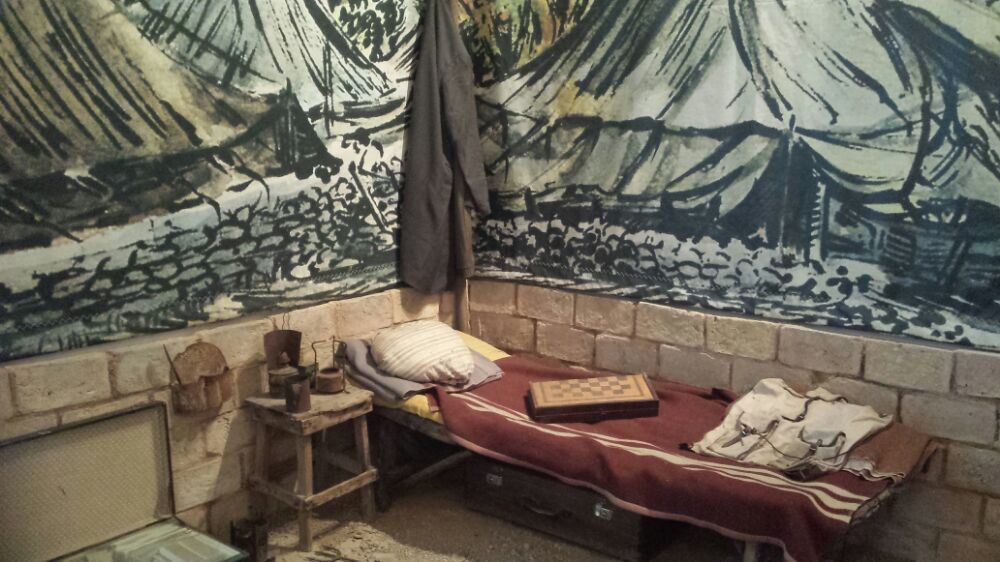 The Ai Stratis Exile Museum acts as a great introduction to the concept of political exile on the Greek islands.

It doesn't jump feet first into the brutality of it all. In fact, it almost shows how the human spirit can endure and still be artistic even in the hardest of circumstances.

Get talking to the owner whilst you are there. He is a friendly and knowledgeable chap, and you will learn far more from him than you will from my words here! 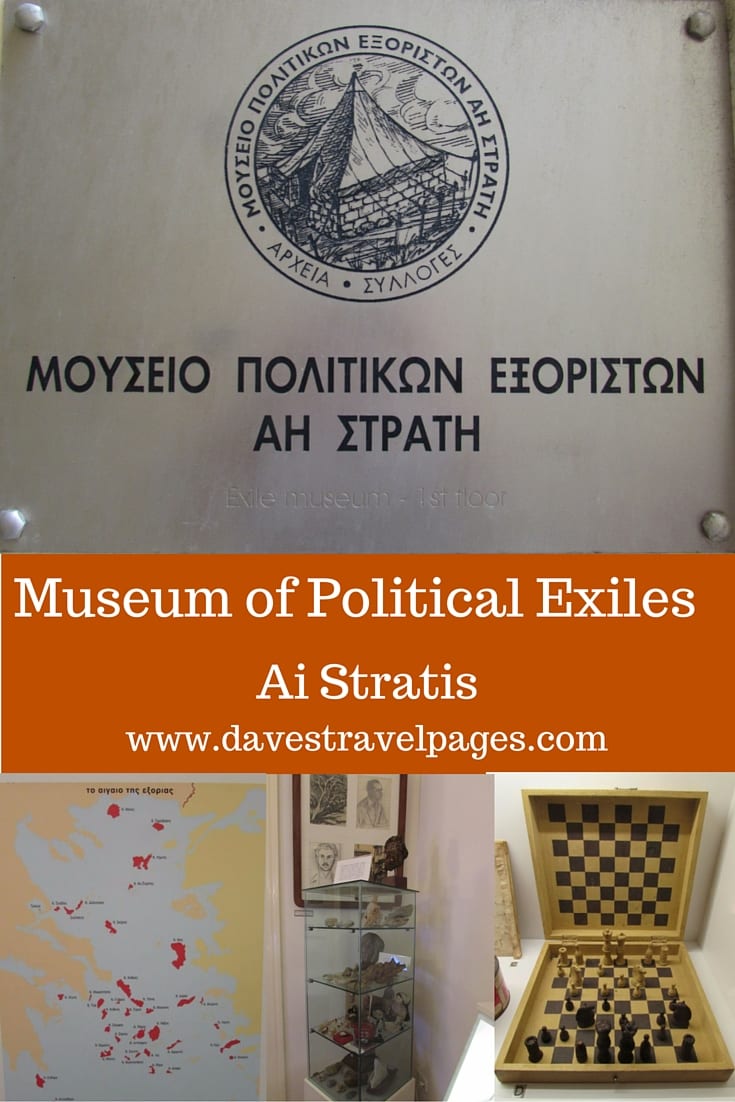 It is hard to explain the massive importance of The Ai Stratis Political Exile Museum. It acts as a repository for students and academics interested in researching the civil war period, and the concept of political exile. It keeps the knowledge of this dark period in Greece alive for future generations to study. And to hopefully learn from.