The Makronisos Political Exile Museum, is one of two political exile museums in Athens. It is by far the most shocking and moving museum in Greece that I have visited so far. Read on to find out more.

Visiting the Museums of Political Exiles in Athens

There are two museums based on the subject of political exiles in Athens. If you would like to find out more about the concept of political exile, and the first museum, I recommend you read the article I published last week. – Ai Stratis Political Exile Museum.

This week, I feature the most shocking of the two. The Makronisos Political Exile Museum in Athens. 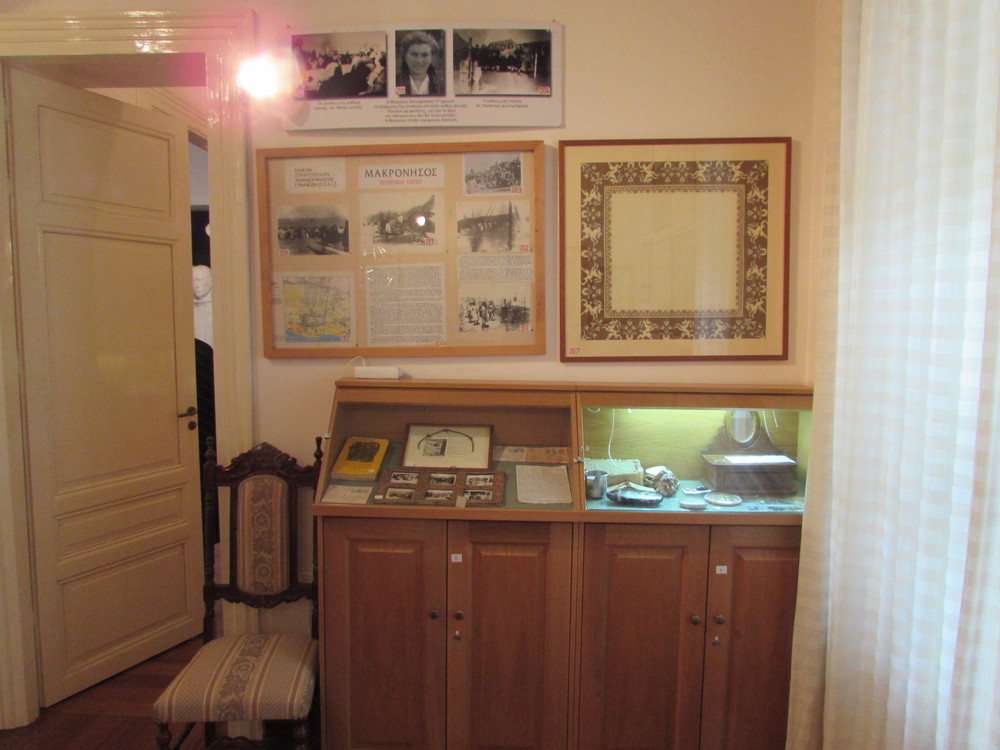 Let me begin by saying that this is a museum very few Greeks have heard of. As such, I hope that some of my Greek audience will take the time to visit after reading this.

This is from a darker time in Greek history where some remote Greek islands were used as prisons and camps for Communist party members.

Of course, I want to encourage non-Greeks to visit the Makronisos Political Exile Museum in Athens as well!

Please keep in mind that the signs are not in English though. You may wish to visit with a Greek speaking friend to make the most of it. The lady who runs the museum can speak a little English, so she can also show you around if not. 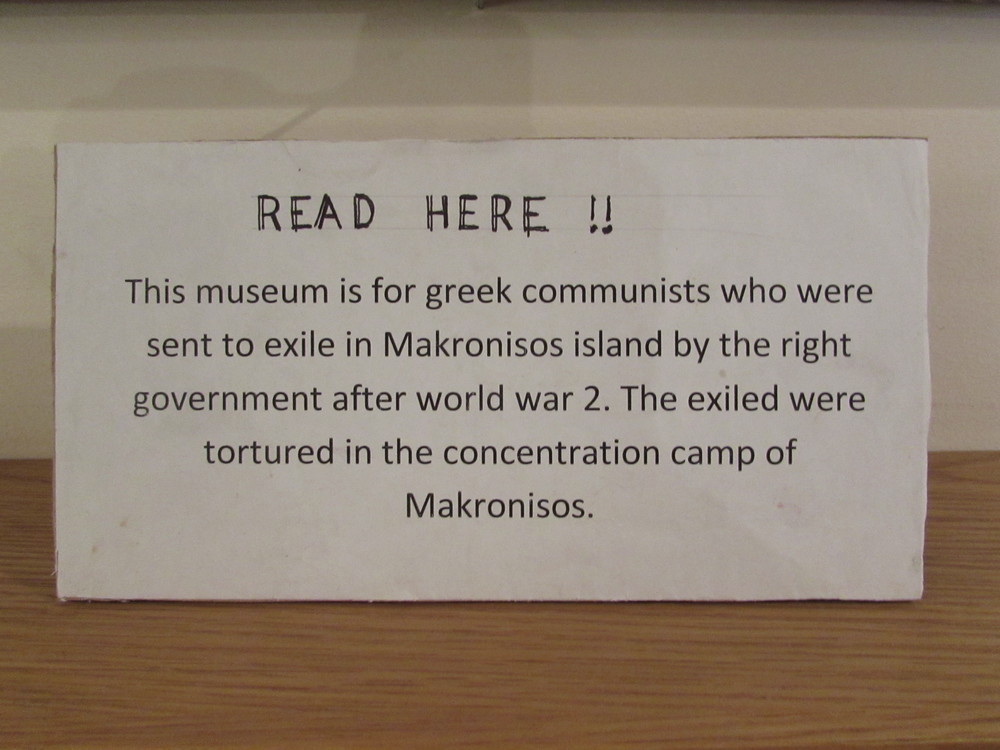 Actually there is one sign in English, and it's shown above. This pretty much sums up the museum.

Yes, Greece had concentration camps. No, they were not set up by the Nazis in World War II. Yes, they were operated by the Greek government. Let that settle in for a while.

This museum doesn't pull any punches when it comes to describing the brutality of life as a political exile on the Island of Makronisos.

In fact, the words ‘political exile' are very misleading. Makronisos was actually home to what were effectively concentration camps. This is where political prisoners were sent to be ‘re-educated'. 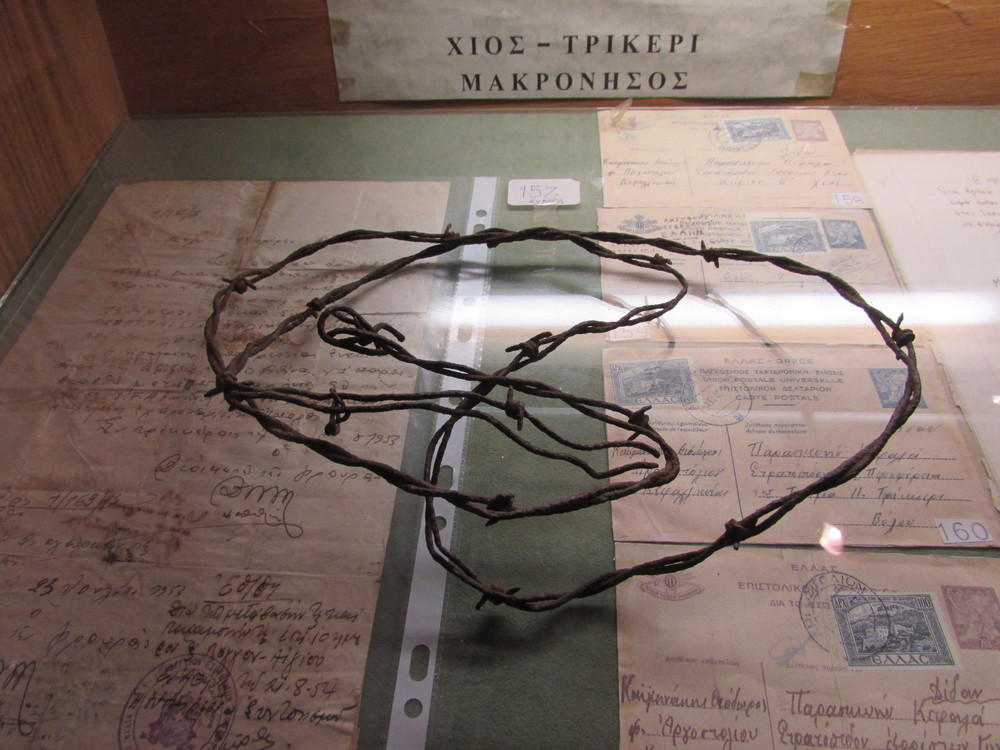 Makronisos was used as an island prison from the end of World War 2 until the restoration of democracy in 1974. The vast majority of people were imprisoned there after the Greek Civil War, which broke out after World War 2.

As a consequence, most of the ‘political exiles' were communist supporting fighters, politicians, and thinkers. The prisoners included both men and women. This resulted in some children being born as prisoners on the island. 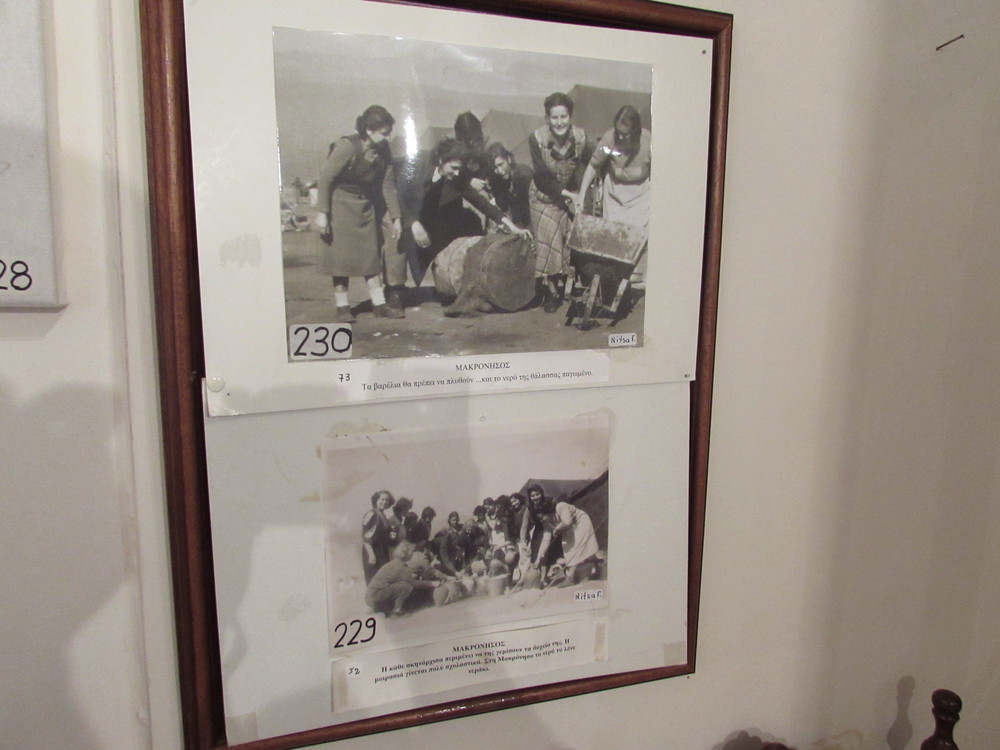 In 1948 the island's prison population peaked at over 20,000. The prisoners lived in tents, exposed to the extremes of summer heat and winter winds. The tents were surrounded by barbed wire, and military personnel were the prison guards.

Time on the island was spent performing hard labour. Brutal punishments were given out to those that did not follow orders. Remember, these people were held only because of their political beliefs!

Food and water were transported to the island via ships. If the weather was bad, the ships didn't arrive, and people went hungry.

Escape from Makronisos island may have been on many people's minds. For all practical purposes though, it was impossible. 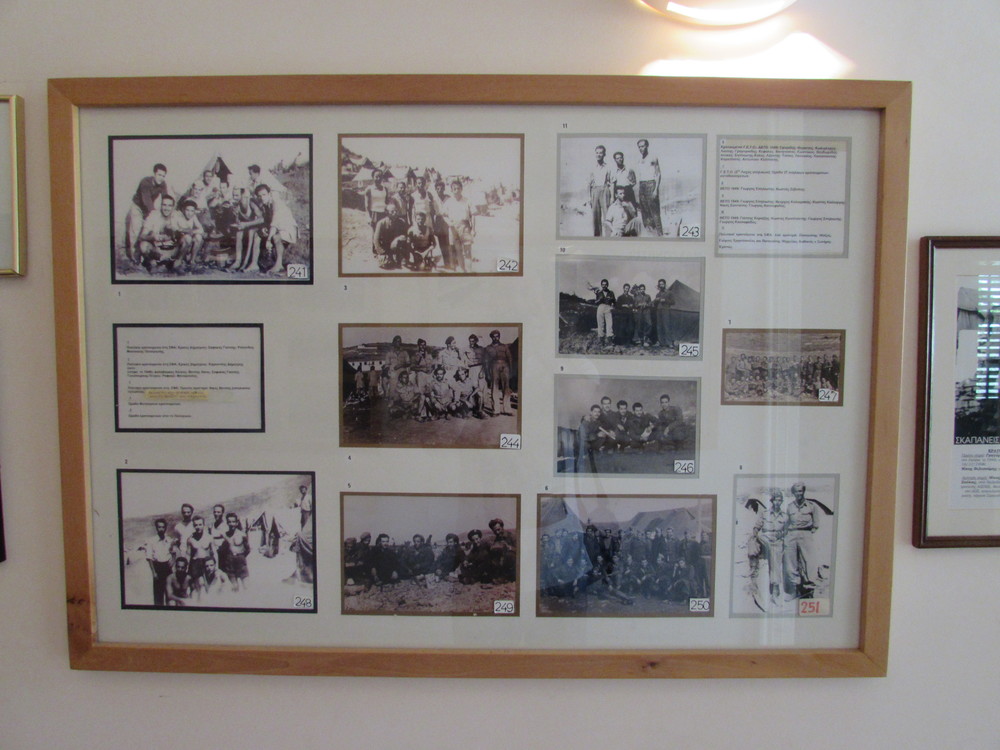 The museum of political exiles on Makronisos is incredibly moving. It vividly depicts the bleak and harsh life the prisoners endured during their time there.

One of the things that stands out most are the photographs. In order to assure people on the mainland that everything was ‘OK', the prisoners were made to smile for photographs. You can still see the grimaces beneath the smiles if you look hard enough though.

The Makronisos Political Exile Museum in Athens is an extremely interesting place for anyone to visit. It is surprising, revealing, sad, and emotional.

If you would like to discover more about Greek modern history, the civil war, and the dark period which followed, this is the museum to see. 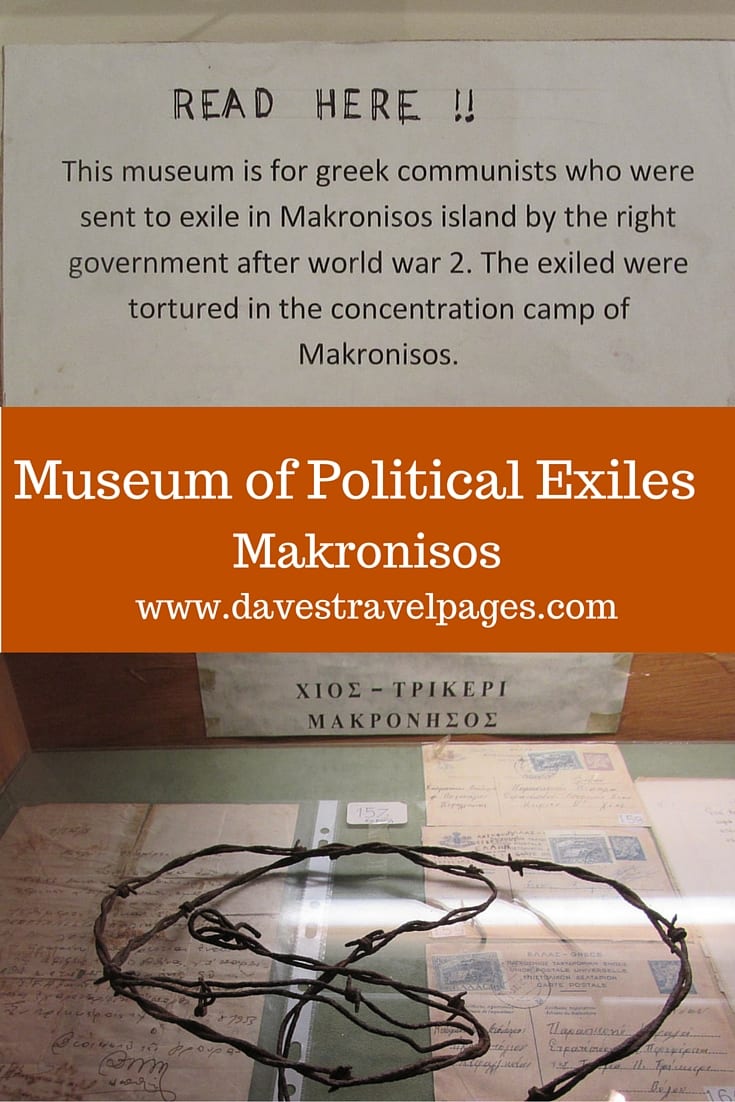 The Makronisos Political Exile Museum in Athens can be found at 31, Agion Asomaton Street 10553 Keramikos in Athens. Opening hours are between 11.00 and 14.30. The closest metro station is at Kerameikos.

I visited the Museum of Political Exiles on Makronisos in Athens as part of my project to visit every museum in Athens. Click here for a full list of >> All The Museums in Athens).

Have you visited the Makronisos Political Exile Museum in Athens? Do you live in Greece, but have never heard of this museum or part of history? Please leave a comment below.