This is my list of 10 bike touring essentials I always take on a bike tour. It doesn't matter if I am cycling for 2 days or even 2 years, these items always come with me. Some might be obvious, but there may be one or two items of gear you might not have thought of taking on a bike tour before. 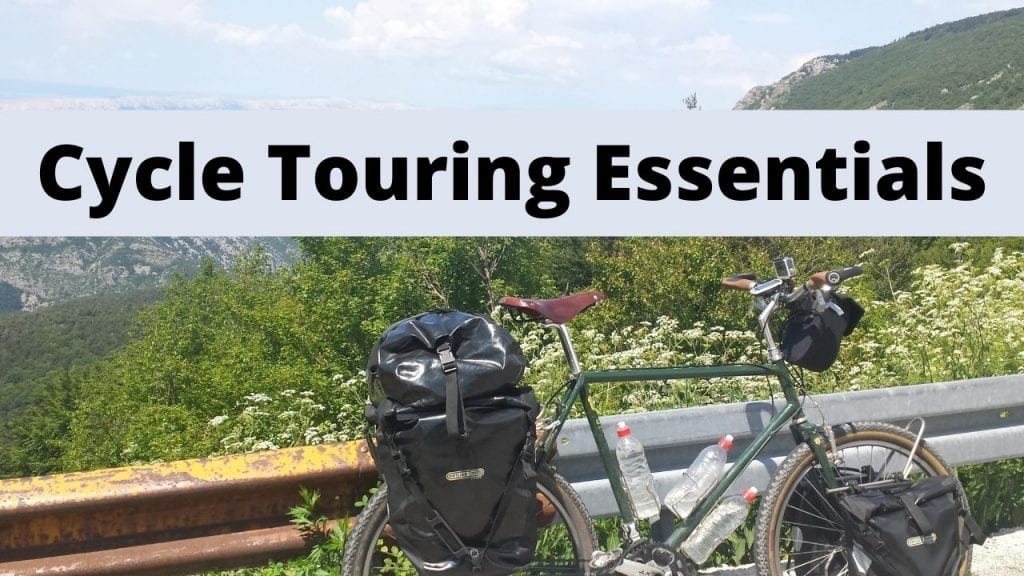 What Do You Take On A Bike Tour?

Every bike tour is different, which is why no two bicycle touring gear lists look the same. There is a core group of items I take on all my bicycle tours though, and I call these my bike touring essentials.

Some of the items are related to the bike itself, whilst others just make life a little easier on the road. My list of 10 bike touring essentials is below, along with a video.

What makes your core cycle touring gear? I'd love to know, so please leave a comment at the bottom!

These 10 items of gear are either worn, or fit in my handlebar bag whilst I am touring. Even when I'm out cycling just for the day, I tend to take most of this stuff by default. In some way, it would feel weird cycling without them! 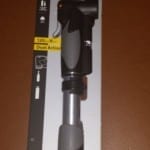 I told you some of this stuff was going to be no-brainer! Now, that said, I know that there is a certain school of thought which says that bike pumps with pressure gauges should be avoided. The theory being, that as the gauge is not accurate, there's no point in having one. I think, with all due respect, this is one of the dumbest things I've ever heard!

Sure, if you were pumping up bike tyres for Chris Froome on a professional basis, you wouldn't use a hand pump with a built in pressure gauge. We're on a bike tour though!

The gauge is accurate enough to get me between the 4 and 6 bar needed for my Schwalbe tyres, which is all I need. It's also worth noting that whenever I do a ‘thumb test' to see how hard the bike tyre is, I am consistently below even the lowest recommended inflation pressure.  Check item one of my 10 bicycle touring essentials! 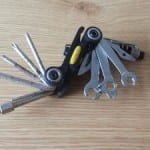 I use the Topeak Alien 2 Multi-Tool, but I guess there are other multi-tools available. This handy item has all the tools you might need for running repairs whilst on a bike tour.

The Allen key selection is most used, but it's nice to know there is a chain breaker on hand if needed as well. Whilst not a replacement for a good set of quality bicycle tools at home, it's absolutely ideal to add into the bike touring essentials list. 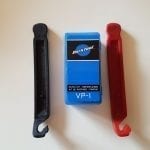 Although on tour I tend to swap a spare inner tube with a punctured one when actually cycling, back at camp, I patch all my tubes as needed. A good pair of tyre levers is an added bonus! 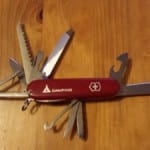 This is one of those items of bike touring gear that simply makes life a little easier on the road. Whether you use the corkscrew, bottle opener, or can opener the most, it's always nice to have a collection of knives and tools in a compact unit.

Whilst there are cheaper imitations on the market, the Victorinox brand is the one to go for. If it's well looked after, a Swiss Army Knife can literally last a lifetime, making it a good addition to the bike touring essentials I always take with me. 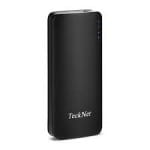 Although I remember the days of bicycle touring with no electronic equipment, a few gadgets such as phones and cameras do make life easier. The only drawback, is that the battery life on electronic gear isn't terrific.

A powerbank comes in very handy though. Anything that can be recharged via a USB plug can be charged by a powerbank, and the one that I show here can recharge my phone 5 times or more. 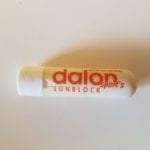 I don't think I have ever run out of lip balm on a tour. I might have lost my lip balm a couple of times, but never actually run out! In terms of value for money connected with personal comfort, it's probably the best value item you will ever buy!

Listening to music certainly lifts the spirits, and whilst most phones can store ample music, I still find a separate MP3 player to be a nice addition to my bike touring essential. I've had this Sony MP3 player for a few years now. I'm not sure if they still sell it, but it's going strong! 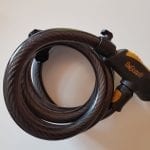 Depending on what type of bike lock you go for, this can be one of the heavier pieces of bike touring gear you take along. Would you really leave home without it though? I certainly wouldn't! 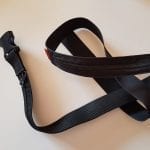 I use a money belt that looks like a regular belt, but also has a zipped compartment on the inside. It's very useful for stashing some extra currency, and I normally keep a couple of 50 Euro notes or equivalent tucked away inside.

It's always nice to know there is a reserve money supply in case of loss or being robbed when travelling. 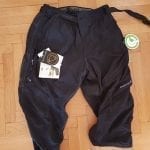 The final item on my list of cycling trip essentials are my Endura Hummvee Shorts. I've been using this brand and range for years, and find them superb for bike touring.

Long lasting and hard-wearing, they look good on and off the bike, and are very comfortable. I've recently bought a new pair, so you can expect a review in the next few weeks!

Here's a quick video summarising my top 10 bike touring essentials. If you haven't already, please subscribe to my YouTube channel for more videos on bike touring and travel!

Which of these items would make your top 10 list, or can you think of anything that should be there but I might have missed out?

Please add your thoughts on the essentials for bike touring in the comments section below to help other members of the bicycle touring community! 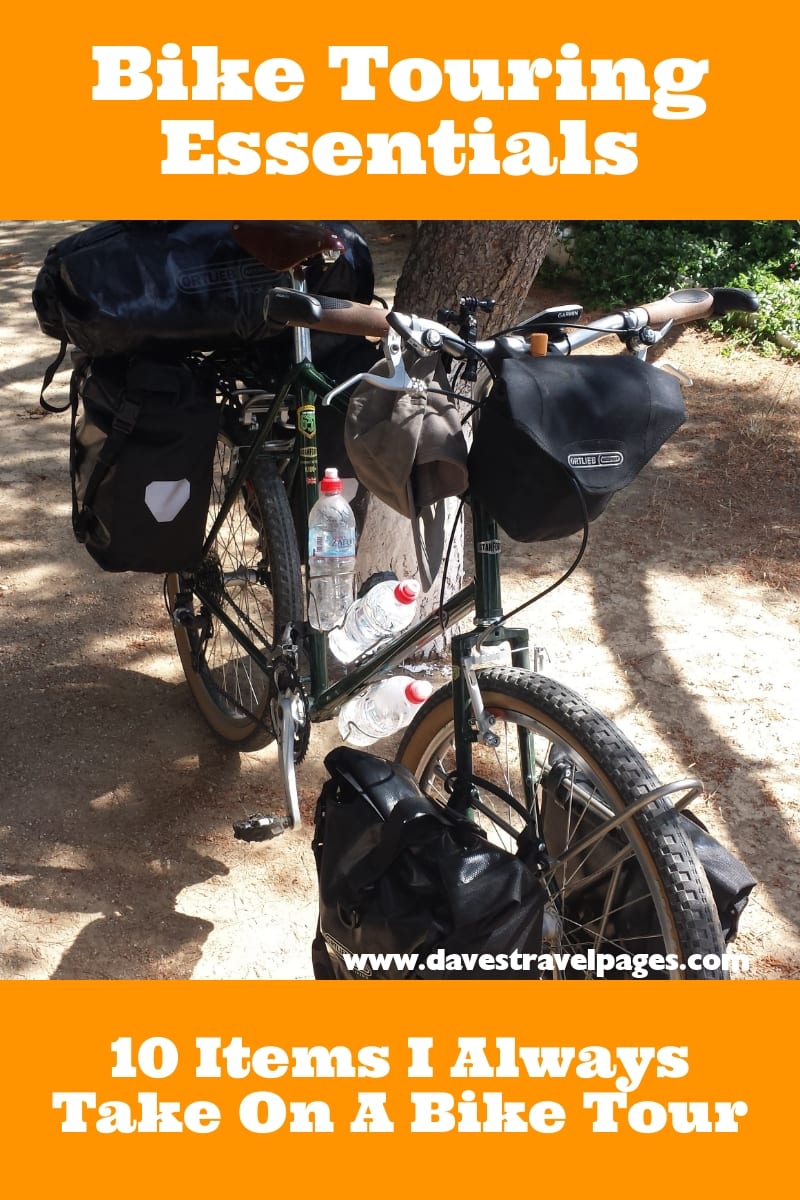 If you've got any upcoming trips planned, you might find the following information useful:

What camping gear do you need on a long distance tour?

Most bicycle travelers plan to camp during long trips. A good quality (and waterproof!) tent, along with a suitable sleeping bag and camping mat form the basic sleep system of the seasoned tourer.

What are some useful things to take when cycle touring in remote regions?

Depending on the region you intend to ride through, some handy things to pack when bikepacking include insect repellent, sewing kit, fleece jacket, rain jacket, and repair items you think you might need when cycling.

Which bike tools are the most important when bicycle touring?

A bike pump is the absolutely most vital thing to take when cycling. Other tools to take include a good multi-tool, a small tube of chain lube, spare chain links, extra parts such as spokes, and for longer tours, brake pads.

What should I keep in my handlebar bag?

Most cyclists carry items they need to get to during the day in their handlebar bag on their touring bikes. This might include money, snacks, small bike pump, and patch kit. 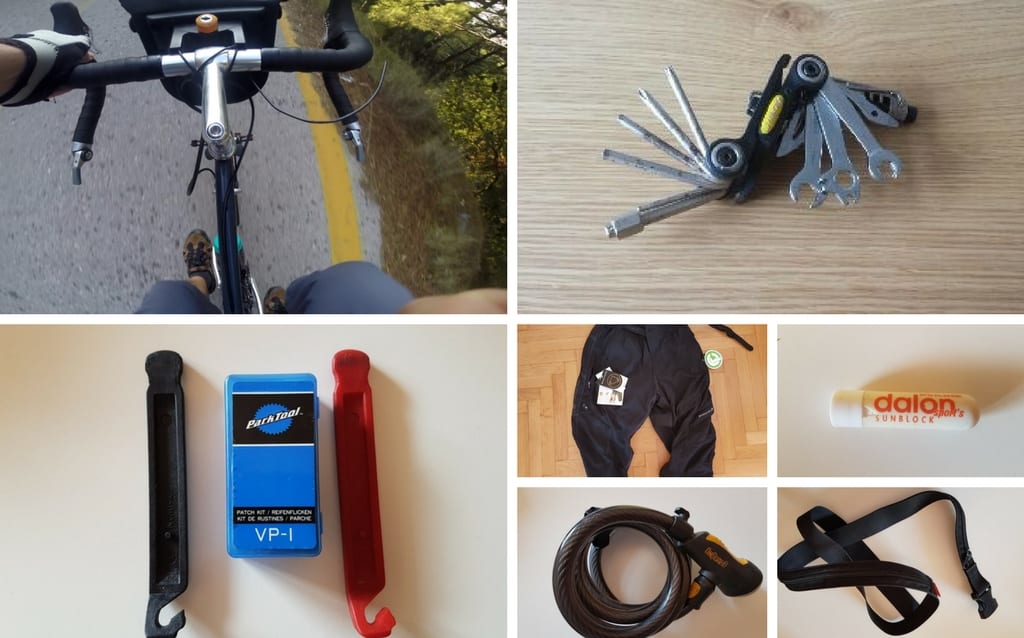 – Dave Briggs
Dave has cycled around much of the world on different bicycle trips, including long distance tours from Alaska to Argentina, and England to South Africa. In addition to this guide on bike tour essentials, he's written many other guides to bike touring.