In 2016, I started a bike tour cycling from Greece to England. Over two and a half months I cycled across Europe covering nearly 3000 kms.

Cycling From Greece To England

If you are a regular reader of Dave's Travel Pages, you will already know that I have a passion for bicycle touring. (My previous cycling trips have included cycling from Alaska to Argentina, and England to Cape Town). 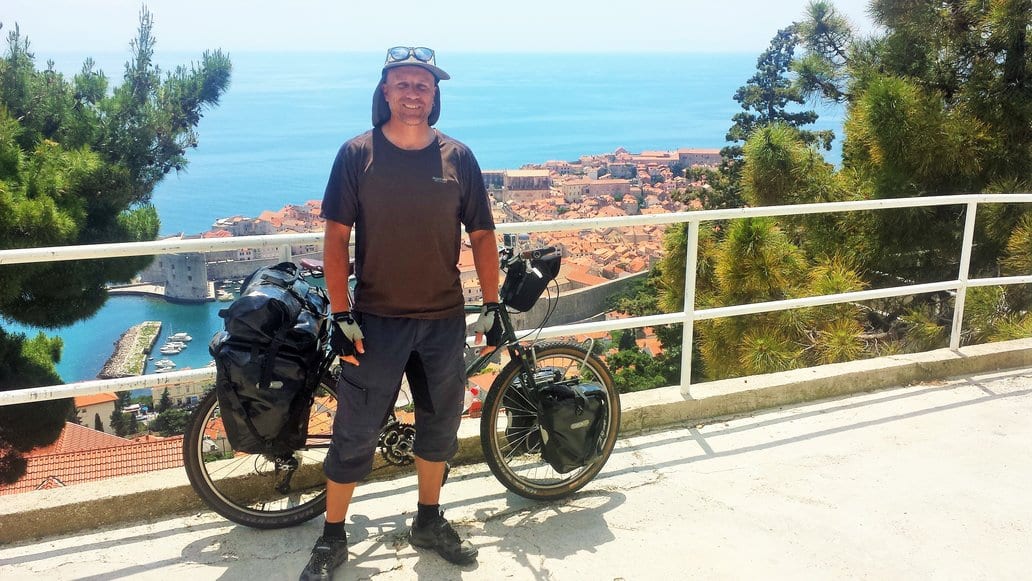 You may also know that I have been living in Greece for just over a year. In my mind, this meant that a bicycle tour from Greece to England would be almost inevitable!

If you are a less frequent reader though, cycling from Greece to England might sound like a bizarre idea. It's quite a long way after all, and it's not exactly flat.

Who in their right mind would want to do that, and why? Just who is this crazy Englishman? I hope to explain all that and more…

First of all, let me introduce myself. Just in case the title of the blog didn't make it clear enough, my name is Dave. I am English, aged 44, and currently living in Athens, Greece. (If you would like to find out more about me, you can check this article out – About Dave Briggs).

I realised almost 15 years ago that bicycle touring was the best way to travel and see the world. It lets you move through a country at a pace slow enough to experience everything around you, and yet fast enough to cover reasonable distances in a week. Bicycle touring takes you off the beaten track, and lets you explore areas few other tourists ever get to see.

It's a great way to meet local people, to make lasting connections, to taste the food, and to gain a deeper insight into a country. Bicycle touring is environmentally friendly, economical, and also a great way to keep fit. It is both challenging and rewarding.

Would You Take A Cycling Trip Across Europe?

Are you sold on taking a tour on two wheels yet? I hope so! You see, the whole point of this blog, is to provide travel inspiration.

I want to show you that there is an entire world of wonder just outside of what you think is your comfort zone. That countries you would not normally think of visiting are just as fascinating as mainstream tourist destinations.

In fact, this blog shouldn't be called Dave's Travel Pages, it should be called “Hey, you can do this too!!“.

Anyway, here's the information you most likely came here for, which is about cycling from Greece to England. 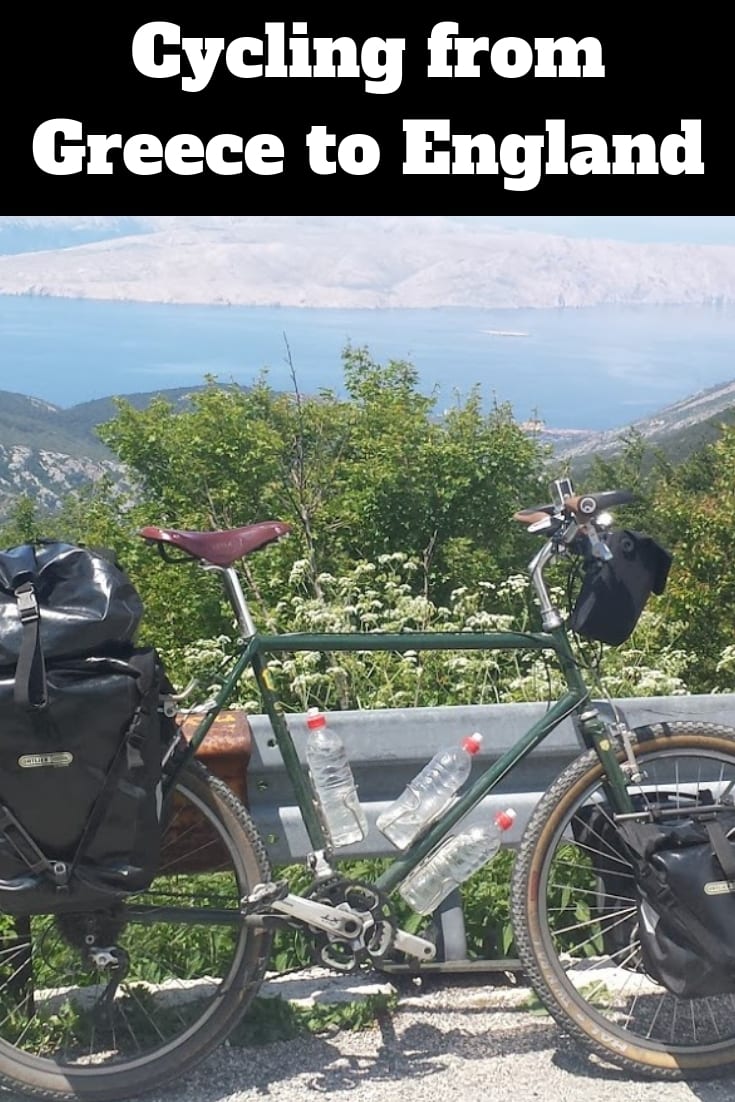 Cycling From Greece to England 2016

I started my bike tour on the second weekend in May 2016. I had already worked out a rough best route, and estimated that it would take me around 73 days to cycle from Greece to England.

During the build up to the trip, I had to select bike touring gear, a cycling route, and of course decide on what bike to use! Here's the bike touring blog posts about cycling from Greece to England I published before the tour began.

This was the first time I had really made vlogs during a bike tour. It was a bit of a learning curve to say the least!

I challenged myself to not only do the cycling, but also release and upload a vlog a day from the bicycle tour across Europe. It was pretty full on, but I did it!

You can find the bike touring vlogs from the Greece to England ride on my Youtube channel. I've also embedded the playlist underneath so you can get started.

Be warned – there's hours of material here! You'll want several cups of tea to get through them all.

Blog Posts on Cycling From Greece To England

Here is a list of bicycle touring blog posts that I've written about the trip so far. More will get updated in the future.

Bicycle Touring in Greece – Cycling from Athens to Messolonghi

Cycling in Greece – Cycling from Messolonghi to Ksamil in Albania

Bicycling in Bosnia and Herzegovina – Updates on what will be a very short cycling trip through this country!

During this bike tour, I took along a tent and other camping equipment. As this was a short tour compared to my previous long distance routes, wild camping was not a priority for me. I did, however, stay at campsites along the way.

If you would like some regular bike touring inspiration, tips and interviews with other cyclists, sign up for my newsletter below!