Two of the most epic long distance cycling routes are the Alaska to Argentina Pan-American Highway route, and the Cairo to Cape Town route. Here are a few musings regarding the practical aspects of bike touring when comparing the two. 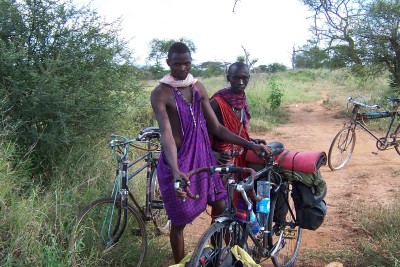 Having cycled through both Africa, and the Central and South American continents, it’s only human nature to try and compare the two bike touring experiences. The thing is though, it’s an almost impossible task. Each journey was unique and memorable, having its high and low points.

With that in mind, I thought to look at some of the practical aspects of bike touring, and compare the two experiences side by side as much as possible. Keep in mind that these are my ‘broad conclusions’ of the overall trips after completing them.

One of the best things about bike touring, is embracing the random things that happen with a smile! Each continent had its moments, whether finding a can of beer in the middle of the Salar de Uyuni in Bolivia, or elephants crossing the road in Africa.

One moment that stood out, was when a guy from an army checkpoint in Kenya wanted to ride my bike. Who was I to say no?! Notice the rifle still slung over one shoulder – Never abandon your weapon! 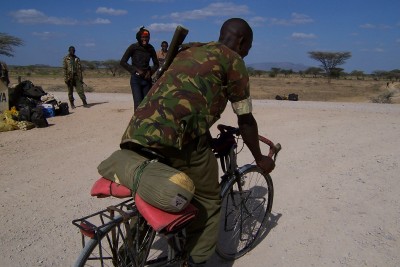 Both continents have a sealed road network that runs through them, but there are also plenty of dirt tracks to be found as well. In Africa, there’s a lot more to choose from! During rainy seasons, some of these turn into mud and clay bogs, so picking your route and time of year for bicycle touring is key.

Barring a few snakes, there really isn’t much to be wary of in Central and South America. Africa is different though, but it’s not as if there are prides of lions waiting around every corner for you!

In fact, the most dangerous wild animal you’ll encounter in Africa is the mosquito. I once met a cyclist in Africa who was suffering from malaria. It didn’t look much fun to me, so take whatever malaria precautions you think are neccessary when bike touring in Africa. 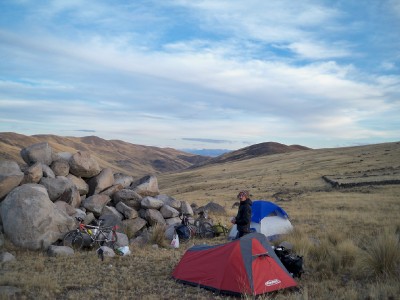 I wild camped during both trips, but on reflection enjoyed it more in South America. I think that camping out under the stars on the Andes and Altiplano is an experience hard to beat. Watching a sunrise or sunset with nothing but nature all around is what bike touring is all about!

Whilst I also wild camped in Africa, I had less of a sense of relaxation and more one of being on guard. I think it’s because there seemed to be people everywhere!

Never wild camped before? Check out my guide to wild camping essentials.

From the two trips, it was far harder to get spare parts in Africa than in Central and South America. And I am not just talking quality spares here. I’m talking simple things like inner tubes for 700c wheels.

Now, some people consider me to be a dinosaur when I recommend 26 inch wheels over 700c wheels for expedition bike touring. Heck, I know that there is a generation of people who might not even have SEEN a 26 inch wheel!

The thing is, you need a bike that’s suitable for the job and one that’s easy to source parts for. That’s why I would recommend a 26 inch wheel expedition bike like the Stanforth Kibo+ for cycling Africa. For Central and South America, I think you might be able to get away with a 700c wheeled bike – but don’t count on it! And don’t get me started about disc brakes…

I think both continents are about as safe as each other. Obviously there are ‘no go’ areas which you should avoid, and cities you might prefer to cycle around than through. On the whole though, I found each one to be safe when bike touring.

Again, each one is about as safe as the other. Just remember that ‘might is right’ especially in Africa, and don’t expect traffic to give way to you. Take a look at my article for more tips on how to stay safe when cycling on a bike tour.

You’re never far away from food and water on either continent, depending of course on which bike touring route you choose to take. In my experience of cycling, there are not many places left on earth where there isn’t a settlement of some sort every 80kms or so. Those times when the next settlement IS further, just need planning for appropriately.

If you are a fussy eater, are trying to keep to a weird diet, or are a strict vegan or vegetarian you might have more problems. I’ve always found it easier to be flexible with what I eat. I’ll take whatever is available this time and be thankful!

When it comes to water, I’d always suggest taking a water filter. This isn't just so that you can have clean safe water, but it also cuts down on the amount of plastic that has to be disposed off. Be a clean, green cycling machine!

Here's a review of a water bottle with filter I currently use when bike touring. You might also want to read: How to use less plastic when you travel

I believe that cycling on either continent will be about as expensive or as cheap as each other, depending on your style of bike touring. Cheap 10 dollar rooms in Central America and South America are generally slightly better than their African equivalents. Food, if you stick to local produce, is next to nothing in cost. Take a look here for how to cut costs on a bike tour.

A sense of Adventure

Finally which one offers the biggest sense of adventure? Well, in a practical sense they both do. I would say that the Pan-American Highway is only slightly easier in the sense that you build up gradually to the countries that are perceived as ‘difficult’ (even though they aren’t really. In Africa, you are leaping feet first into the tough stuff! 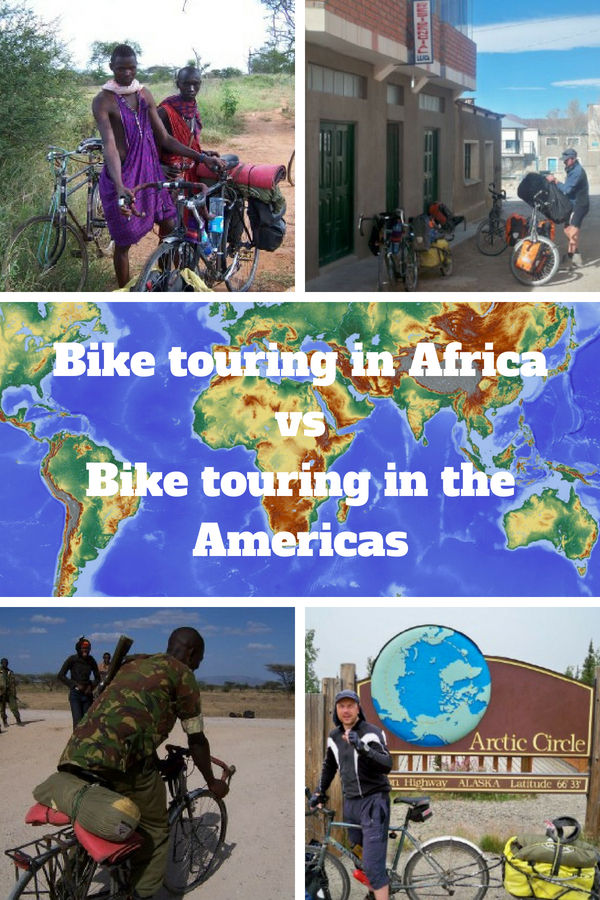 Looking for further reading? You might enjoy my practical bike touring tips for cycling in Peru, along with my article answering FAQs about cycling along the Pan American highway.