It had been a couple of weeks since I had been on a bike, so I wasn't quite sure how this 100 km day would go! In the end though, everything worked out fine. In fact, I used much of the route out of Athens that I had previously ridden a couple of years earlier when I cycled from Greece to England.

Cycling out of Athens is never super-pleasant, especially mid-week, but it had to be done. The weather was pretty good for April, with temperatures being around 24 degrees.

Cycling from Athens to Corinth

My cycling route took me through the north of Athens, where I then joined the old Highway that shadows the newer tollway.

There was still plenty of traffic on the road, but there was a shoulder (of sorts) for most of the way. Although Corinth was my ultimate destination for the day, first I had an archaeological site to check out.

Elefsina rather confusingly has two names, the other being Eleusis. The reason why it has two spellings, one of which sounds nothing like it is pronounced is a mystery.

Which is ironic really, as Elefsina was home to the Elefsinian Mysteries – A religious initiation of which today little is known. 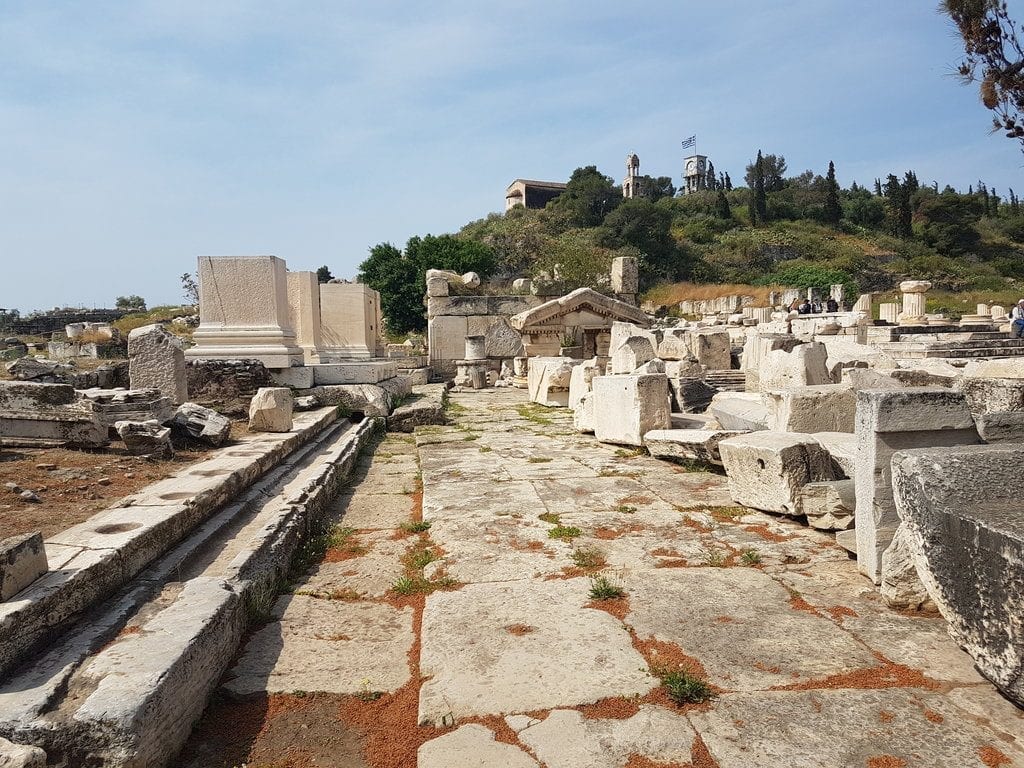 It is generally thought that worship or initiation at Elefsina had to do with Demeter and Persephone. There was also a temple dedicated to Artemis here.

The link between female Goddesses/powers is pretty undeniable. There is also thought to have been a strong link with initiation rites related to the afterlife. 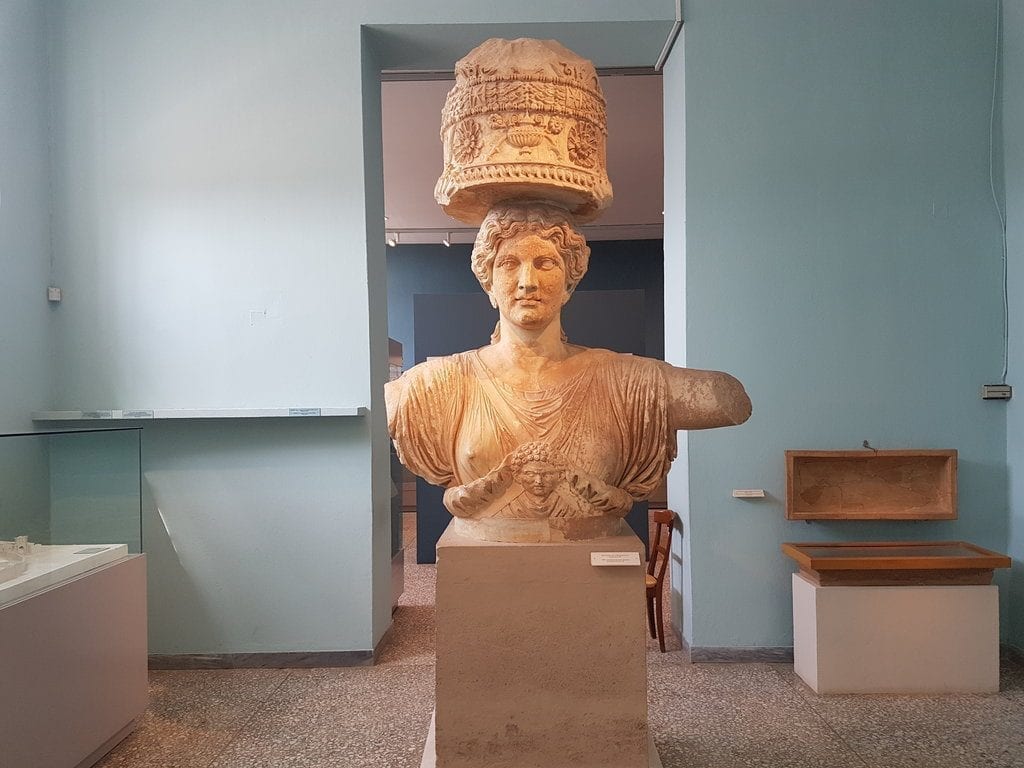 The link between Hercules and the 12 Labours and the archaeological site of Elefsina is this.

For his 12th Labour, Hercules was tasked with bringing back the fearsome three headed dog Cerberus from the Underworld.

Before he could do this, Hercules decided to be inducted into the Elefsinian Mysteries. This was done (according to some sources) at Elefsina, hence the inclusion on my route!

My Thoughts on Elefsina

I think it's fair to say that it isn't the most visited archaeological site in Greece, but there were still plenty of people there. The site itself isn't particularly spectacular, but there were a couple of things that stood out for me. One of these, was how steps and seats had been cut out of the natural rock.

This isn't common in ancient Greek sites, which normally stand as symbols of man conquering the landscape rather than working with it. Perhaps it was the feminine influence from female Goddess worship?

My conclusion is, if you are passing this way, then by all means drop by. I'm not sure I would encourage people to make a special trip though, unless they are planning their own Hercules Bike Tour!

After leaving the archaeological site, my mind turned to food. This is not unusual – it's my favourite thing to think about!

In the end, I didn't have a big lunch (which I certainly aimed to do the following day!). Instead, I made two bakery stops for a cheese pie and a freddo espresso. That sounds like optimum cycling nutrition to me!

Cycling on to Corinth

After that, it was a matter of cycling on to Corinth. There were a few sharp steep sections, but nothing too drastic. Reaching the canal, I took the obligatory photos, and then made my way to the hotel. It was a 26 euro a night hotel which includes breakfast. You can imagine how awesome it was!

As part of this Hercules Bike Tour, I'm hoping to make a vlog a day. Here's the first one. Hope you enjoy, and please subscribe to my YouTube channel!

Read here about Cycling the Peloponnese in Greece. 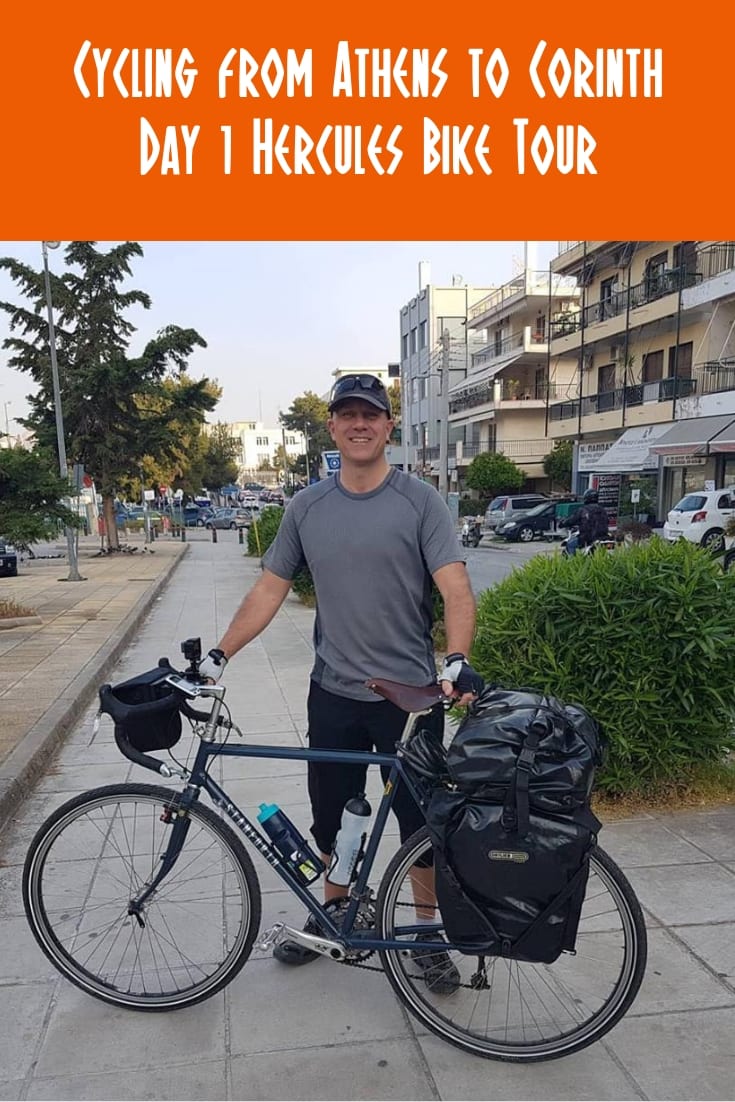