Continuing my cycling journey through Peru, today I cycled from Cajabamba to Huamachuco. Part of my Alaska to Argentina bike tour from 2010. 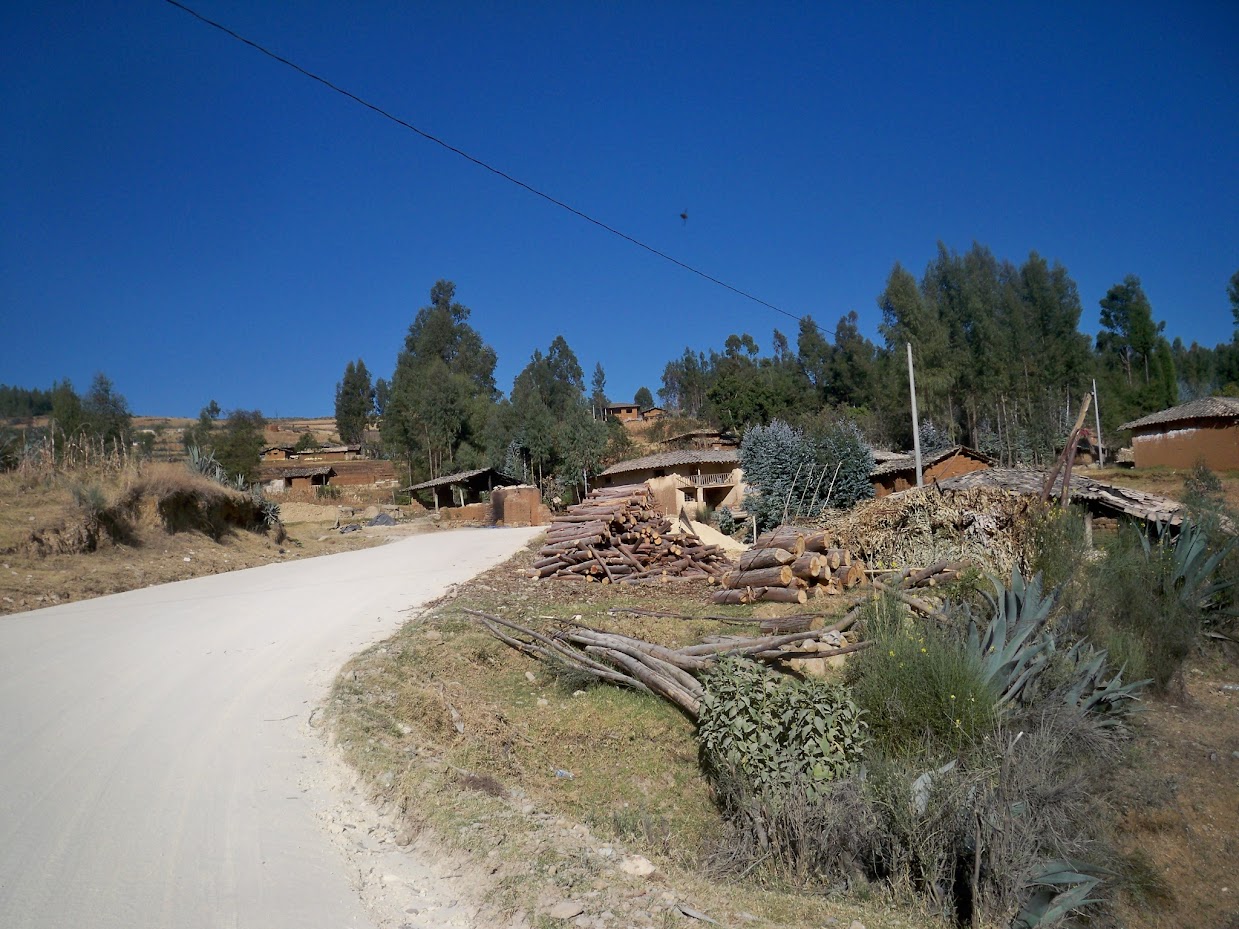 On leaving Cajabamba, the sealed road of the last few days gave way to a dirt road once more. The general theme of the day was uphill, and although there were some downhill sections, they were barely noticeable.

At first, the road was really good quality, well maintained, and nice and smooth. That lasted for about 10 or 15 km, but after that the road deteriorated badly.

Every dirt road is different, and rather than rocky, this one turned increasingly more sandy, ranging from a half to three inches thick in places.

It made cycling with the trailer challenging, especially on the occasional downhill sections, where I needed full concentration to avoid the front wheel sliding. 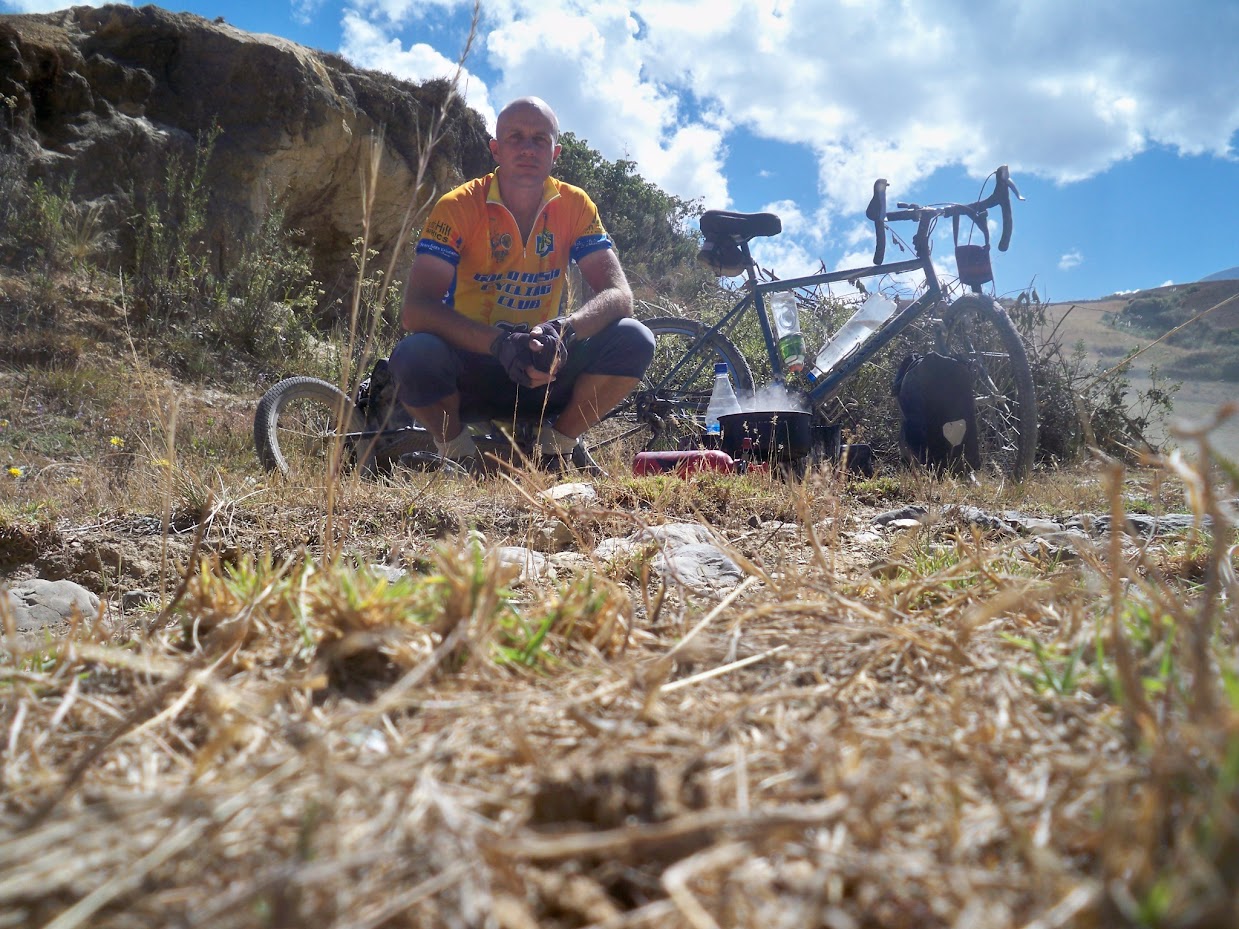 About three hours in, I stopped to cook up some noodles and to take a half hour break. When I resumed again, the road became even worse. 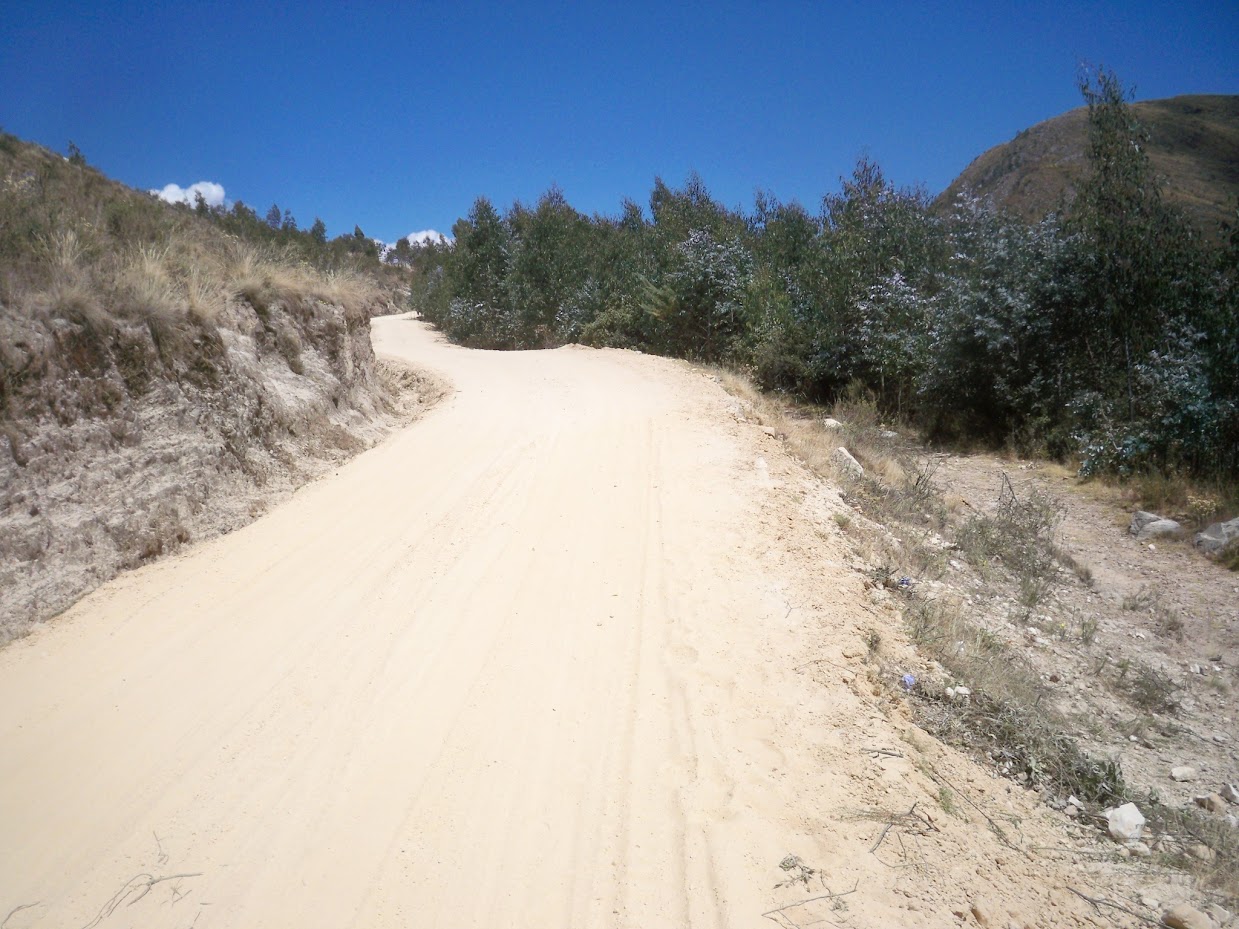 With 45 km done, I suddenly came across a lake, Laguna Sausacocha, which was in stark contrast to the dusty road I had just cycled.

An inexplicable 50 metres section of tarmac, before hitting the sand road once more, where I stopped for an ice cream cone before knocking out the final 10 km.

I have to say, that the last 10 km was horrible. The amount of traffic shuttling between the lake and Huamachuco was kicking up all sorts of dust into the air, and the more brutal gradients and tight turns meant sand several inches thick.

Covered in dust, I made it to Huamachuco, and took a room for three nights, before an eating frenzy at a Chinese restaurant. Whilst in town, I planned to see the archaeological site of Marcahuamachuco, and take a rest from the sand and mountains!