Markawamachuko is a huge archaeological complex in the remote north of Peru. Here's my experiences visiting Marcahuamachuco site in Peru. 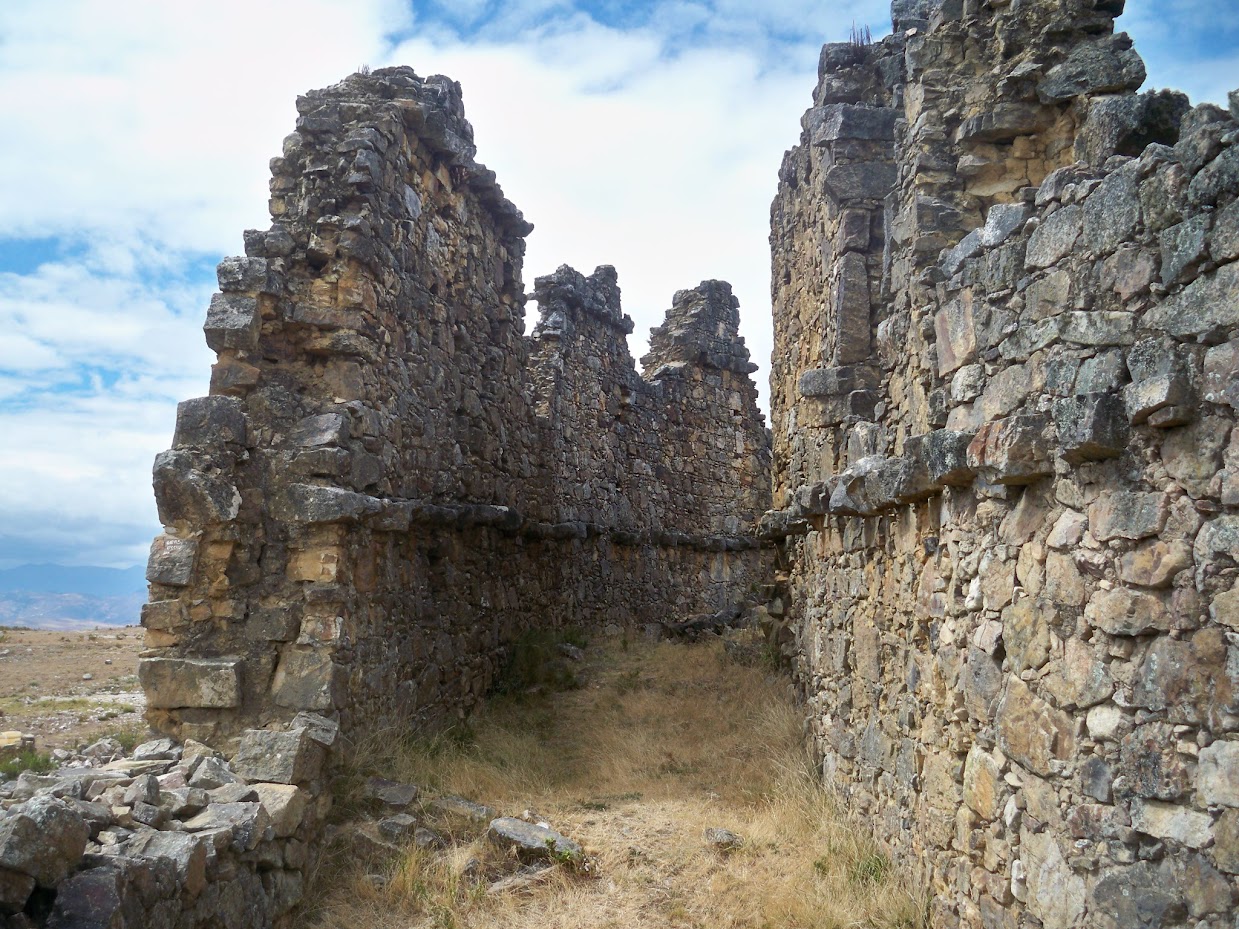 I probably reached the northern Peruvian area where the magnificent archaeological site of Marcahuamachuko is located slightly differently that most people. I cycled.

This was because I was on a long distance bike tour from Alaska to Argentina, and it was more or less on my route through Peru. I've always had a thing for ancient ruins, and so decided to spend a day there exploring this pre-Incan settlement.

First though, there's a small debate on how to spell it….

There are quite a few reasons why this site is little known. It is in an out of the way place certainly, but also, the spelling of the name has never been quite agreed upon.

When I wrote this travel blog post back in 2010, I used the spelling from the archaeological site, which was Markawamachuko. When wikipedia finally recognised this site though, they spelled it Marcahuamachuco.

I had never heard of this site before starting my cycling trip from Alaska to Argentina, and it had only come to my attention a few weeks before arriving in the area. I was excited about visiting it, especially considering its size. 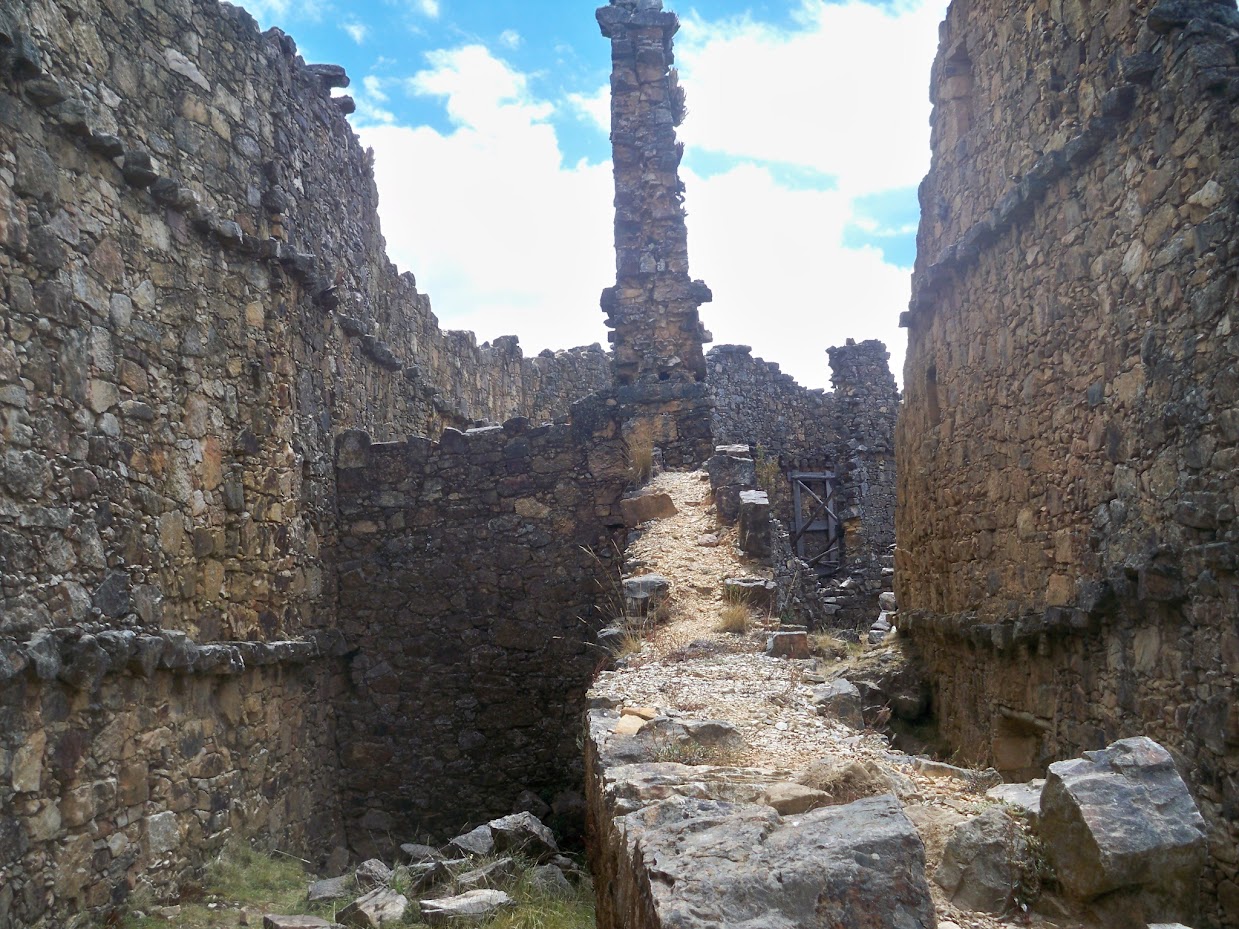 The archaeological complex of Markawamachuko is located some 10 km from the town of Huamachuco, and 500 metres higher at 3600 metres. I must say that it provided a good early morning workout cycling up there!

At 5 km long, and roughly 500 metres wide, it’s the largest archaeological complex in the northern mountains of Peru. Markawamachuko, built from between 400-1000 AD, really is one of the least known, archaeological sites in Peru… a real hidden gem!

Peru has long been looking for other destinations that might compare with Machu Picchu. Whilst Kuelap has grown in popularity as a tourist destination, Marcahuamachuco still needs promoting. 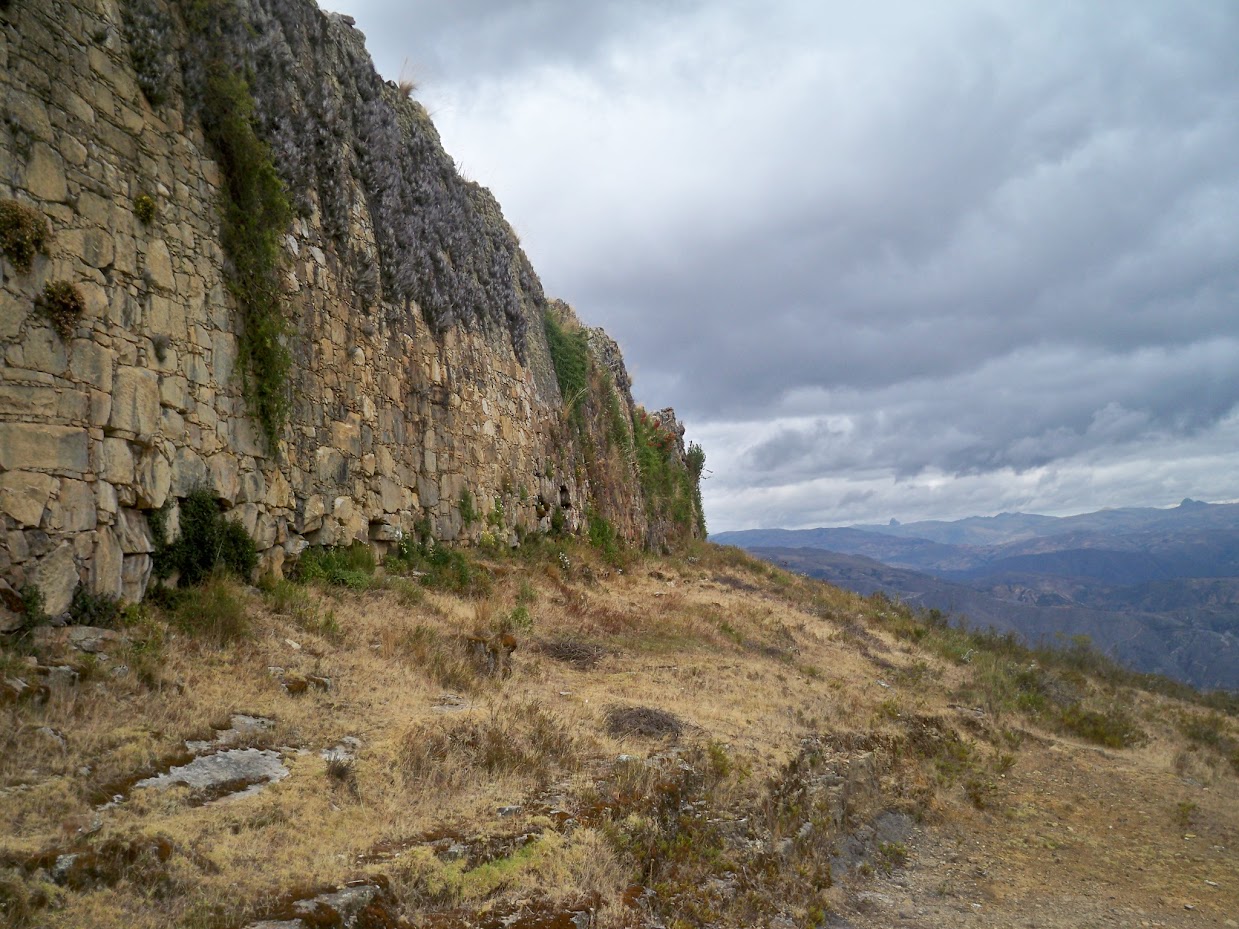 How to get to Marcahuamachuco Peru

As I was staying in the nearby town of Huamachuco in a cheap hotel room and had my bicycle, I decided to cycle to the archaeological site. Other people might choose to take a taxi or organised tour to visit Marcahuamachuco.

After cycling up to the ancient citadel, I left my bike in the hut at the entrance, and followed the path through the complex. The first area is known as Las Torres (the Towers). Their function is unknown. 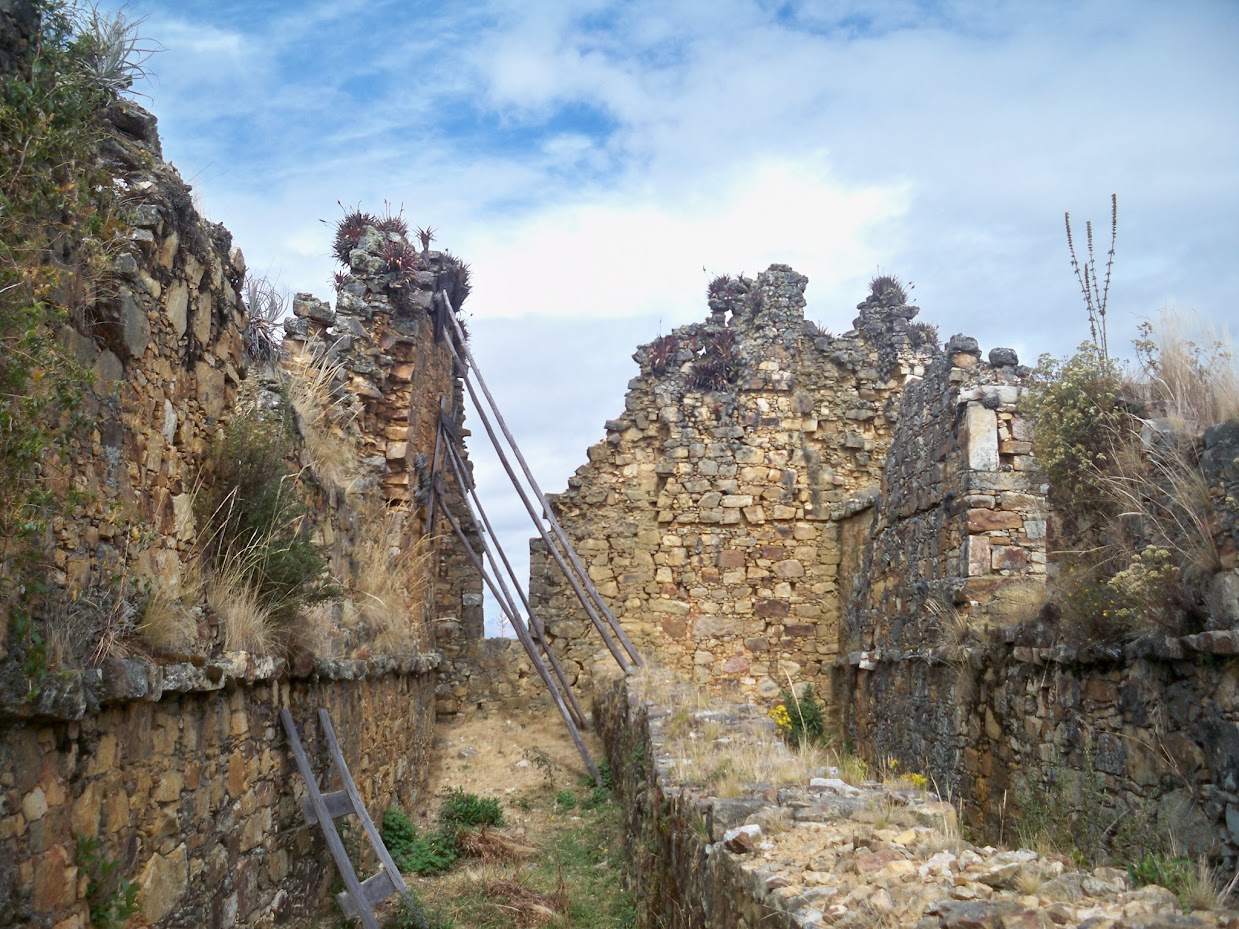 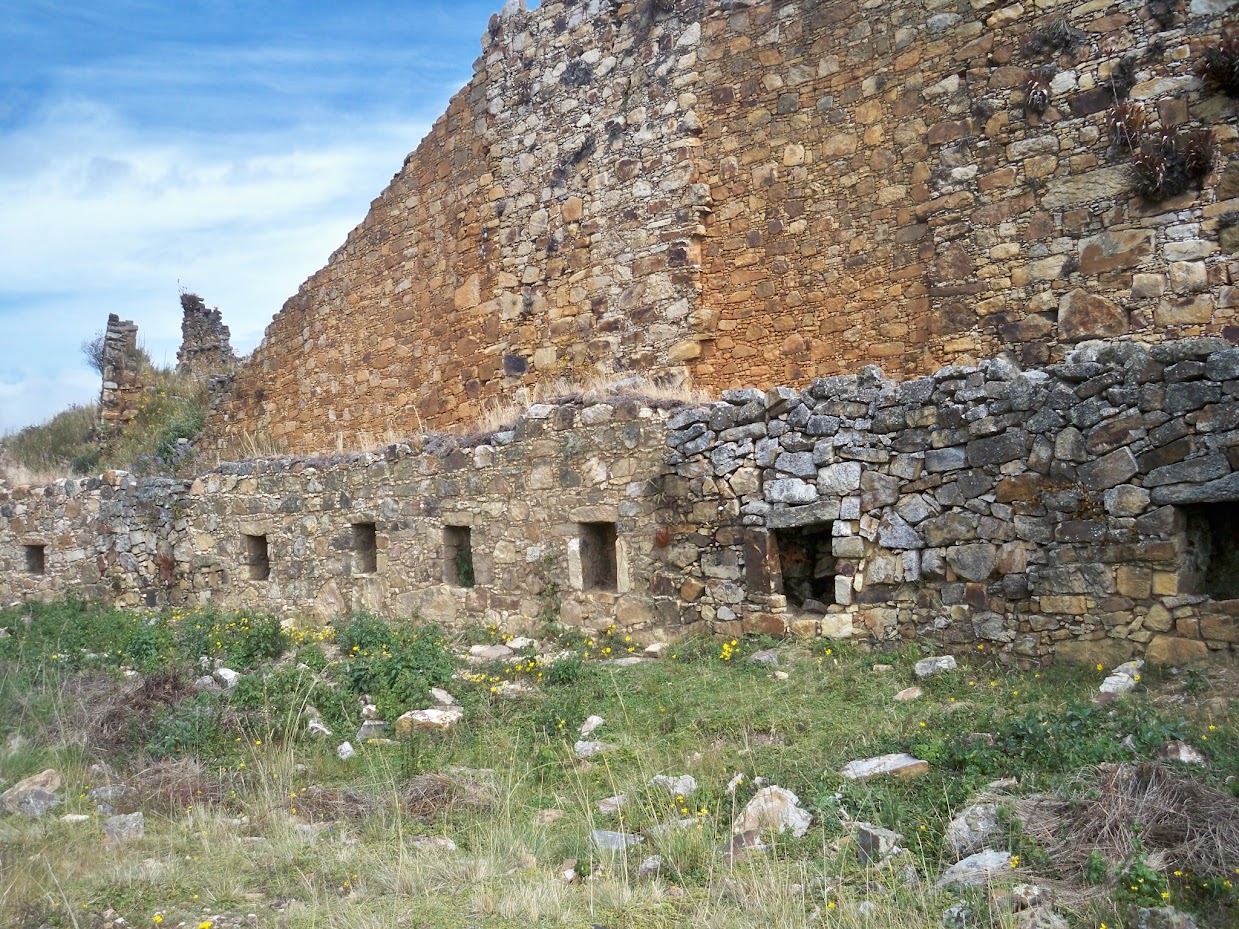 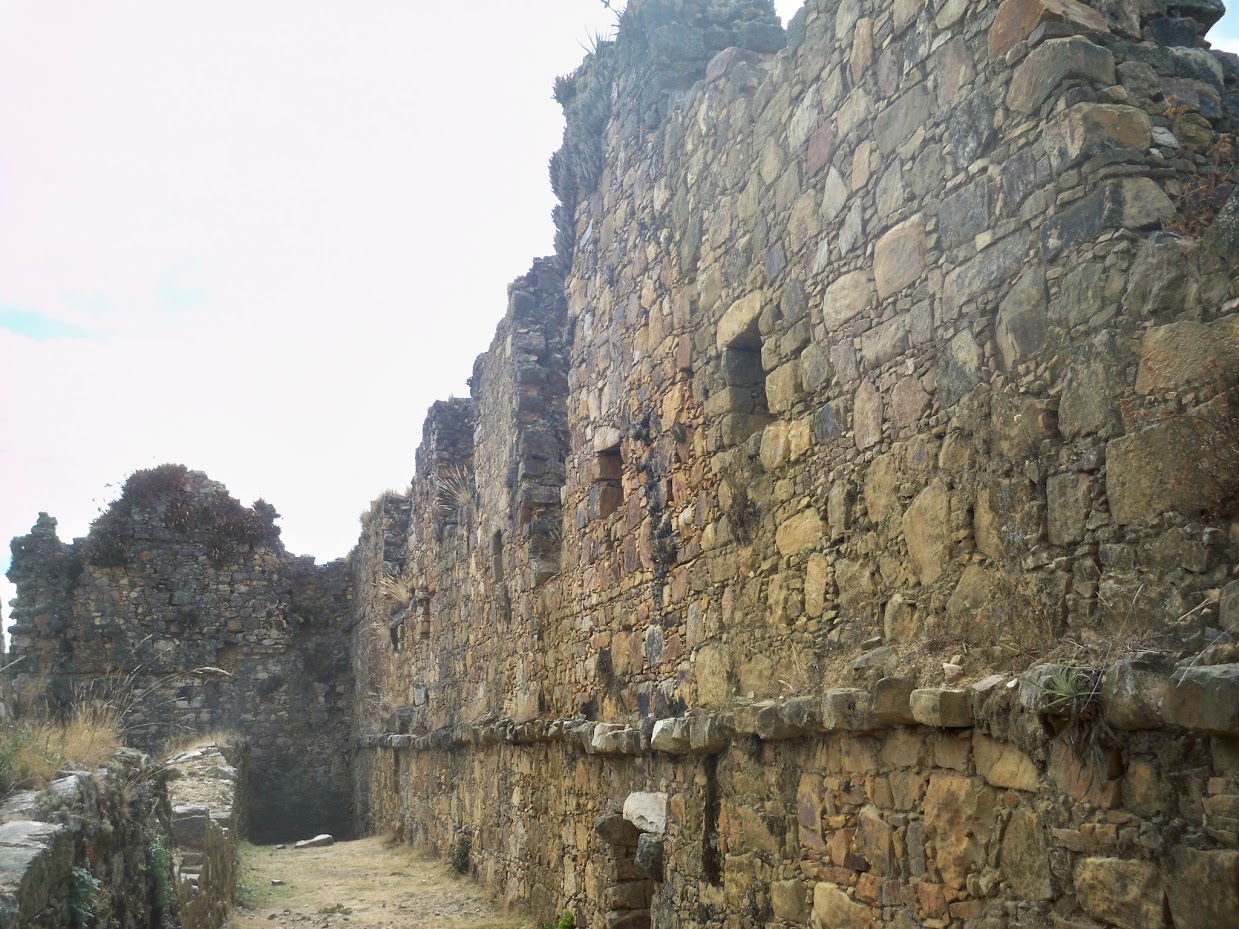 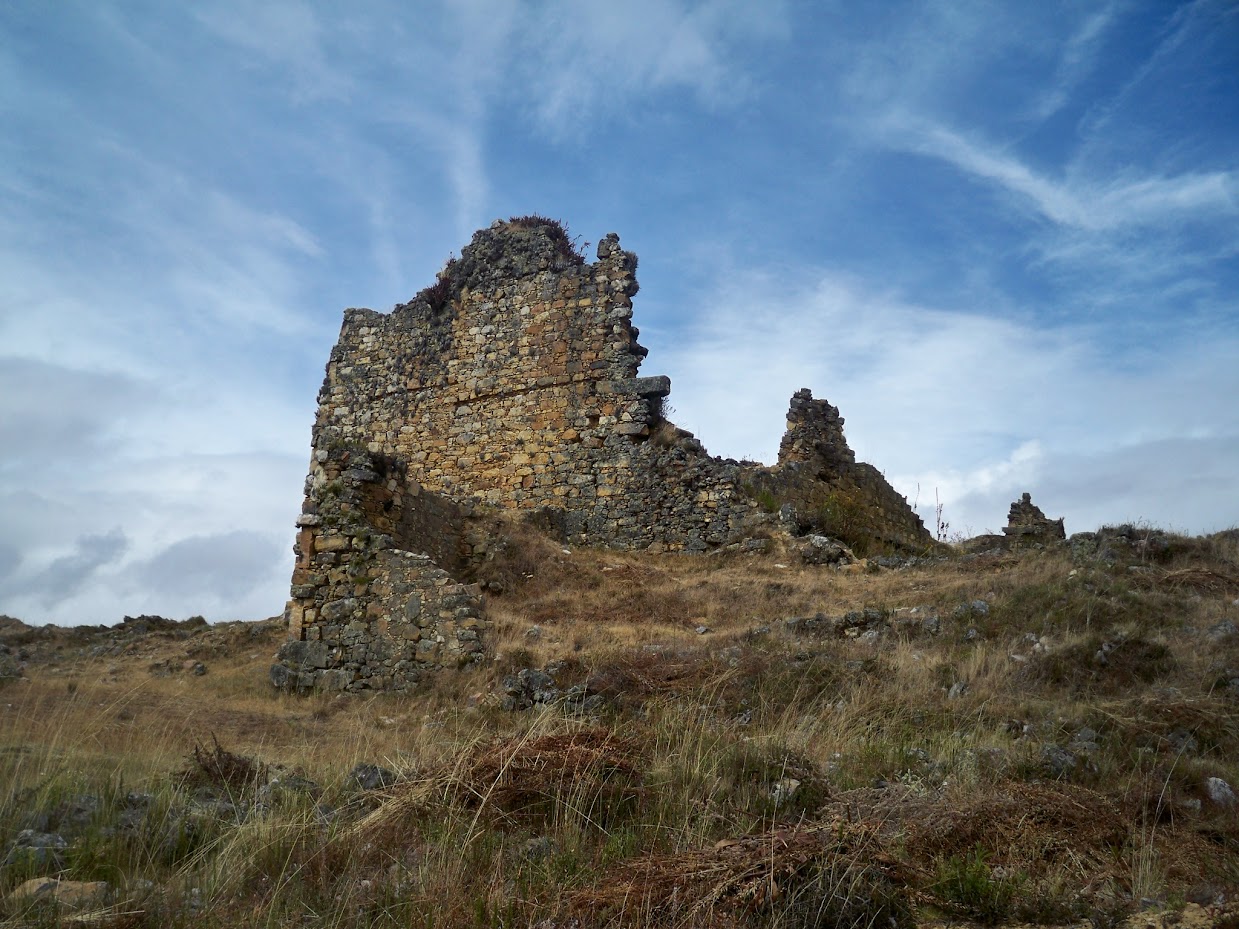 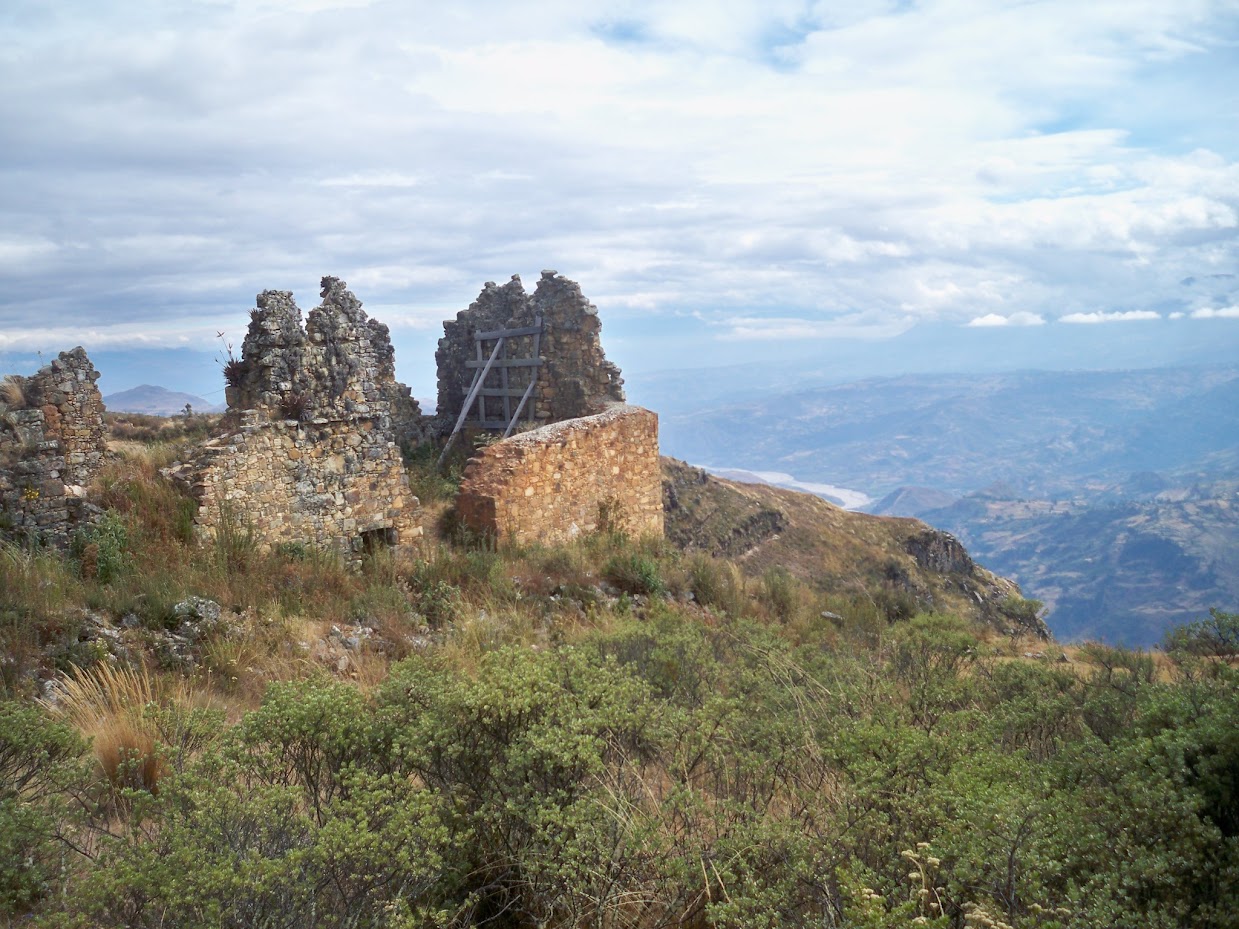 Although it looks like a castle (well, a little bit), it is generally thought that this area was the religious centre of Markawamachuko. Some people actually think that the site may have been some sort of Oracle center. 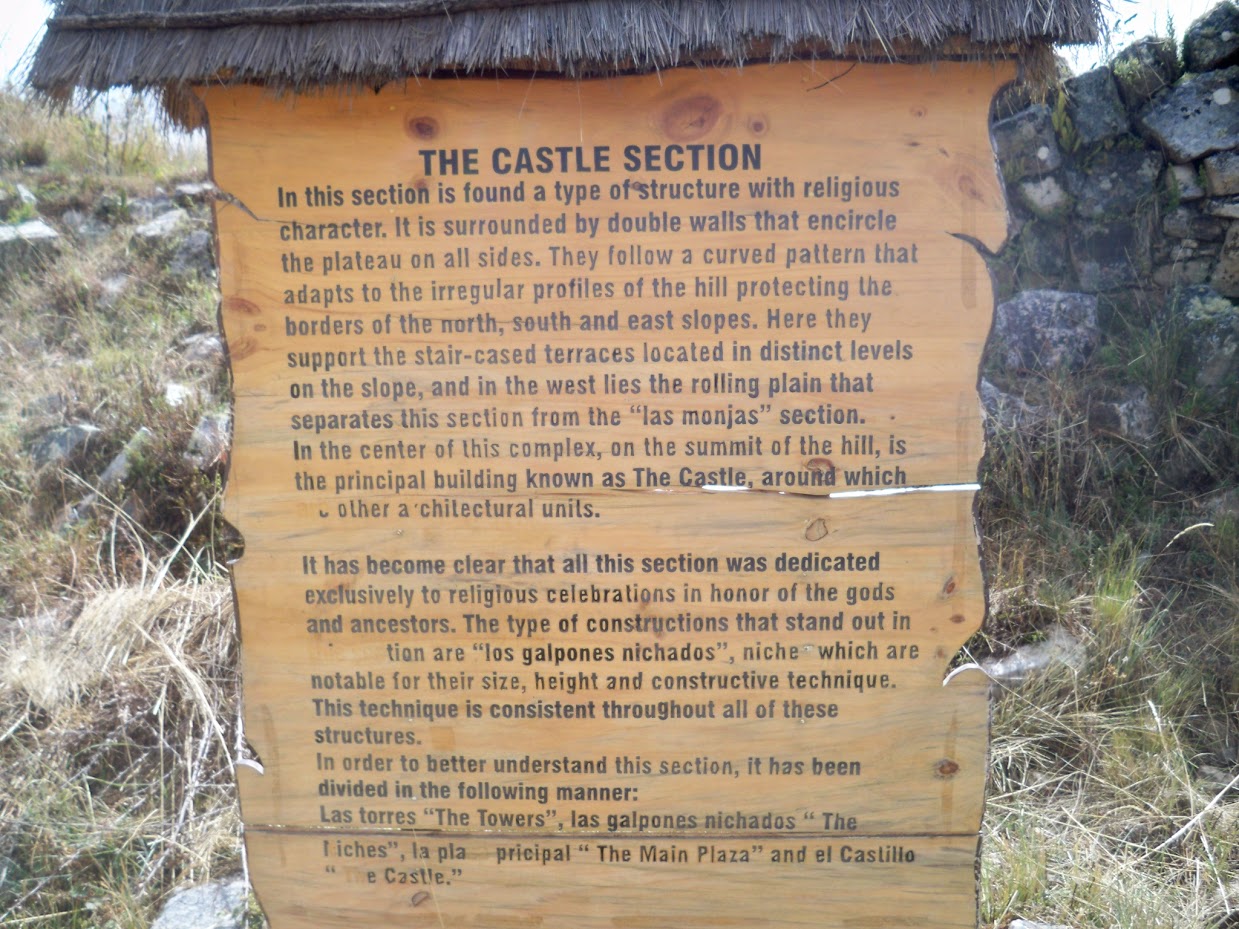 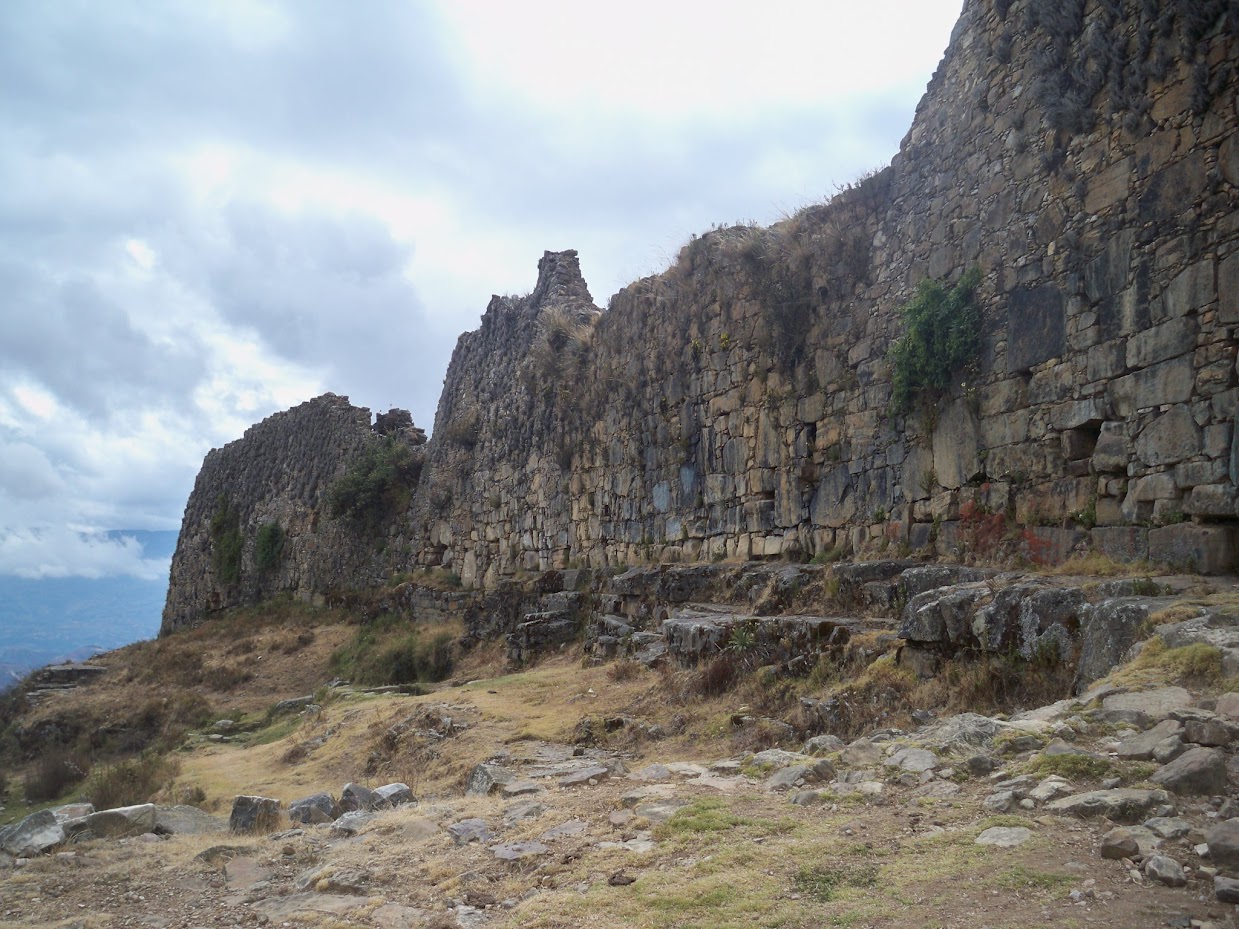 Cross section of the walls. The design and construction totally different to the later Inca stonework.

Leaving the area, I passed through some massive walls. The next interior section was known as Las Monjas, and I found this area the most impressive.

Consisting of several massive, circular stone defensive structures with double or even triple walls. I had a perfect picnic here, wondering how life must have been in the complex over 1000 years ago. 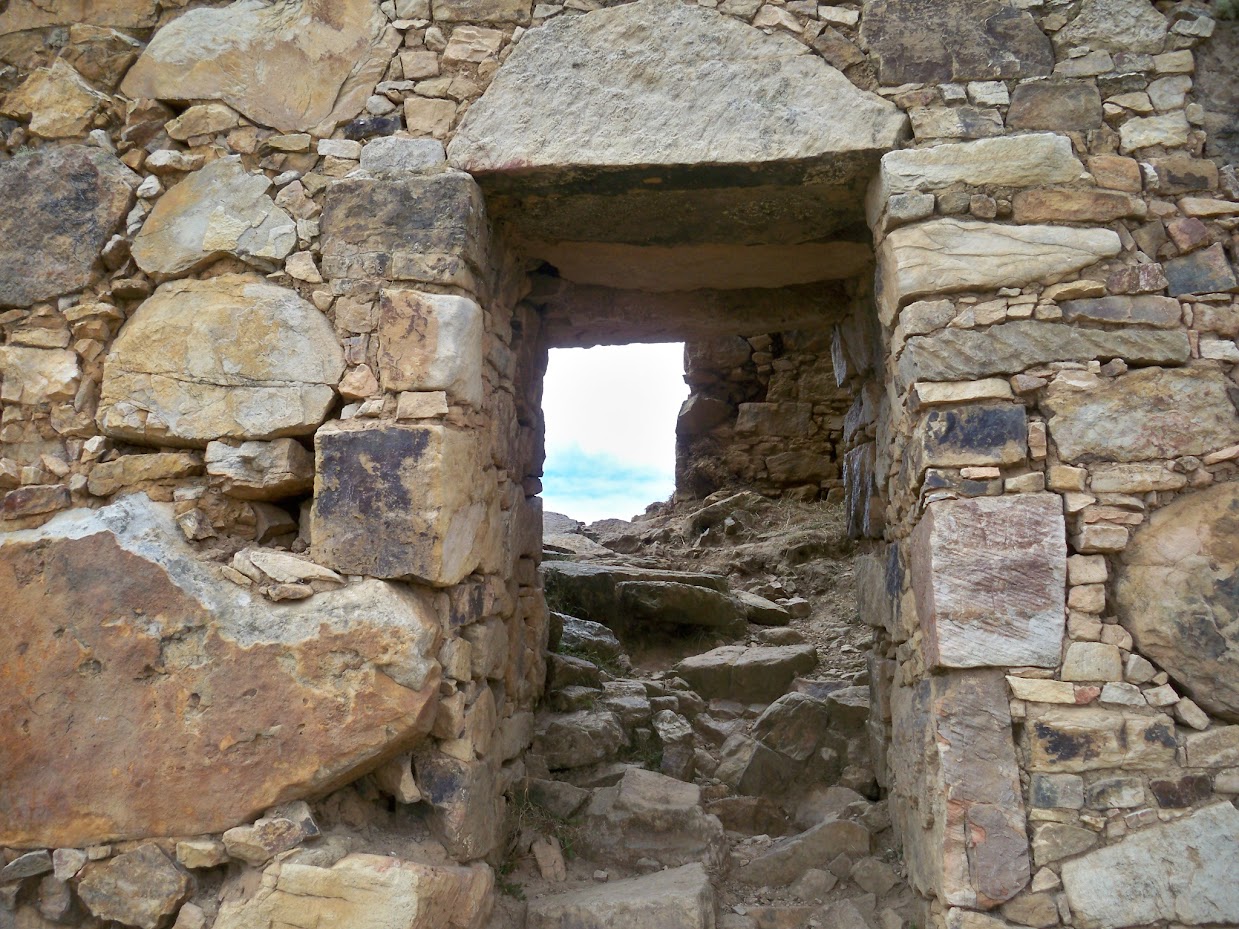 This low doorway revealed a triple wall system inside, with protruding rocks indicating that beams would have been in place between the walls, making rooms.

I have to say that Markawamachuko was a real highlight. Its so great to travel and see something of archaeological significance like this so far from the beaten path. 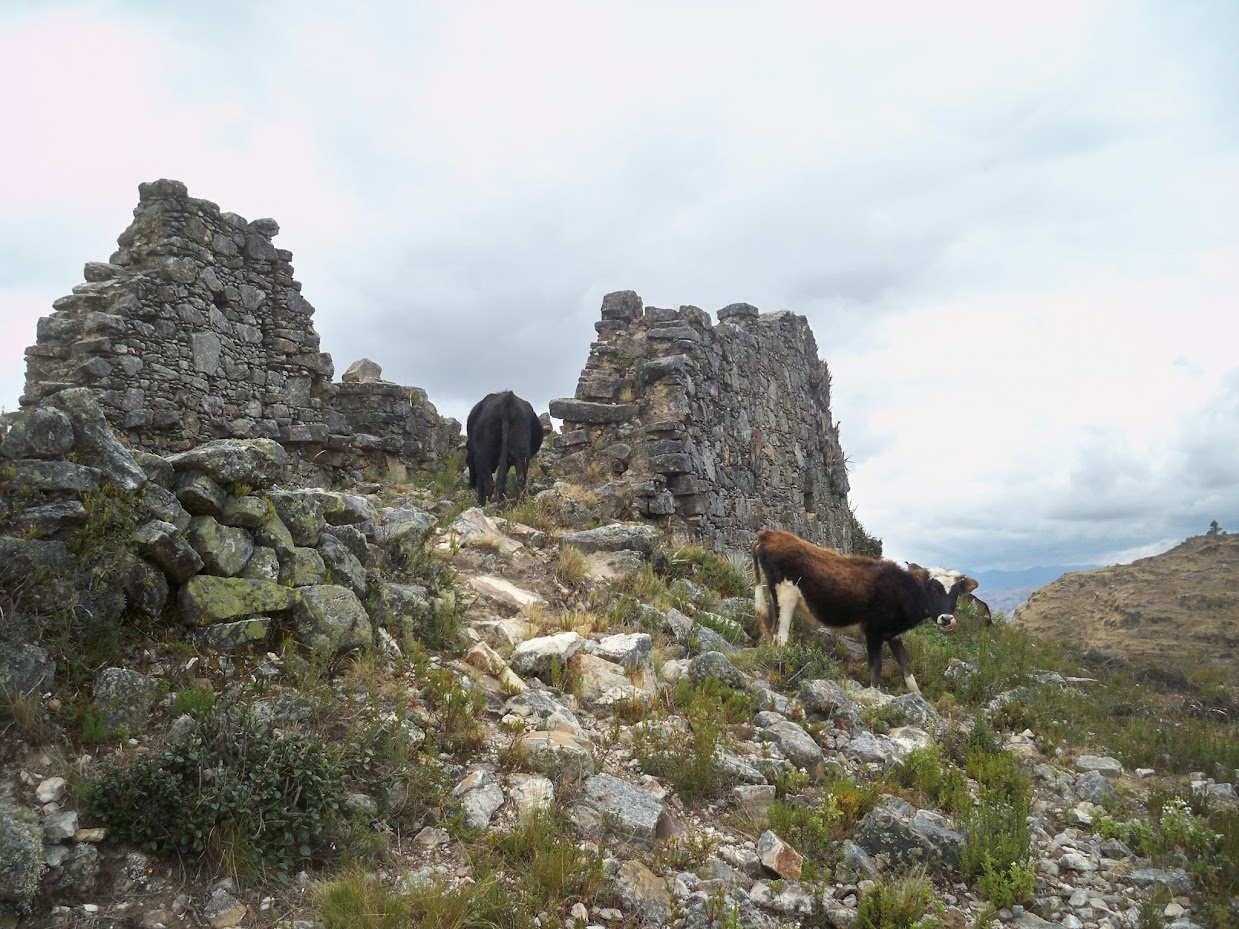 I wish I had taken more photos and video of the complex. Let that be a lesson both to me and other bicycle tourers cycling through the area! 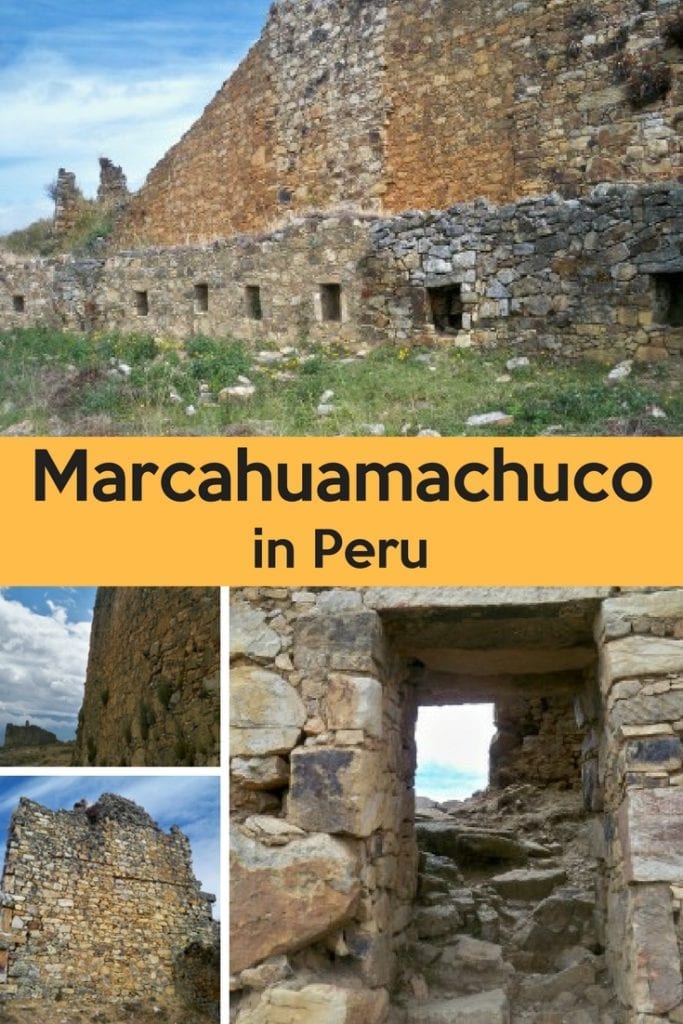