There is no denying that Dubrovnik is a visually beautiful city. Sometimes though, beauty is only skin deep. Find out what I really thought of Dubrovnik, the Pearl of the Adriatic. 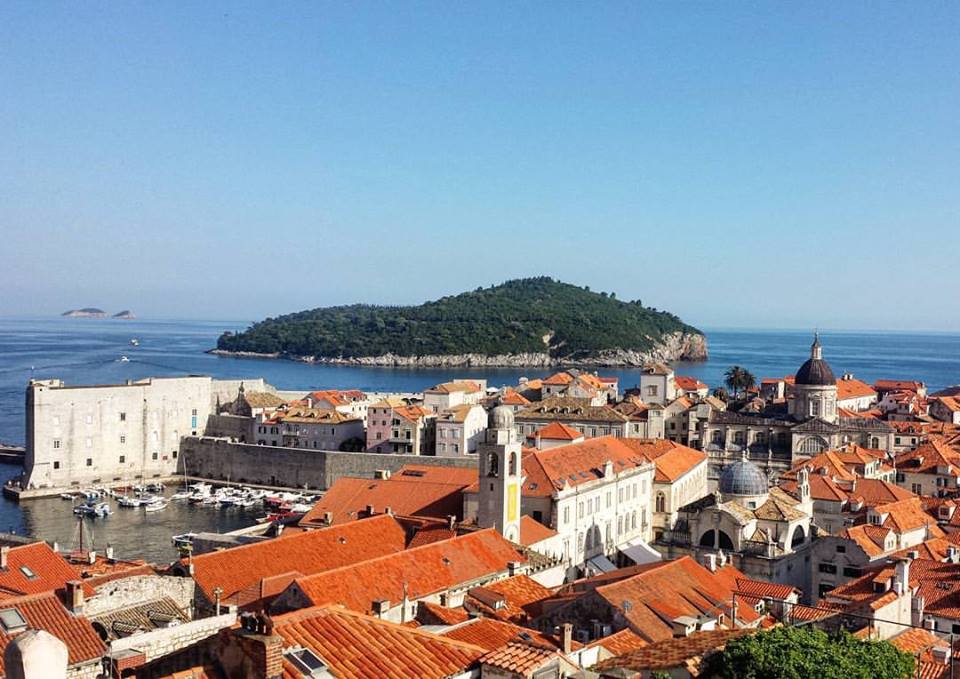 Dubrovnik – Pearl of the Adriatic

One of the destinations I was most looking forward to on my 2016 Greece to England bicycle tour, was Dubrovnik. Sometimes referred to as the Pearl of the Adriatic, every photo I have seen of it seems amazing.

Indeed, as I approached Dubrovnik

on the bike, I was rewarded with amazing views out over the famous walled old town. The scene was set then for a couple of days enjoyment wandering around this UNESCO  heritage site. 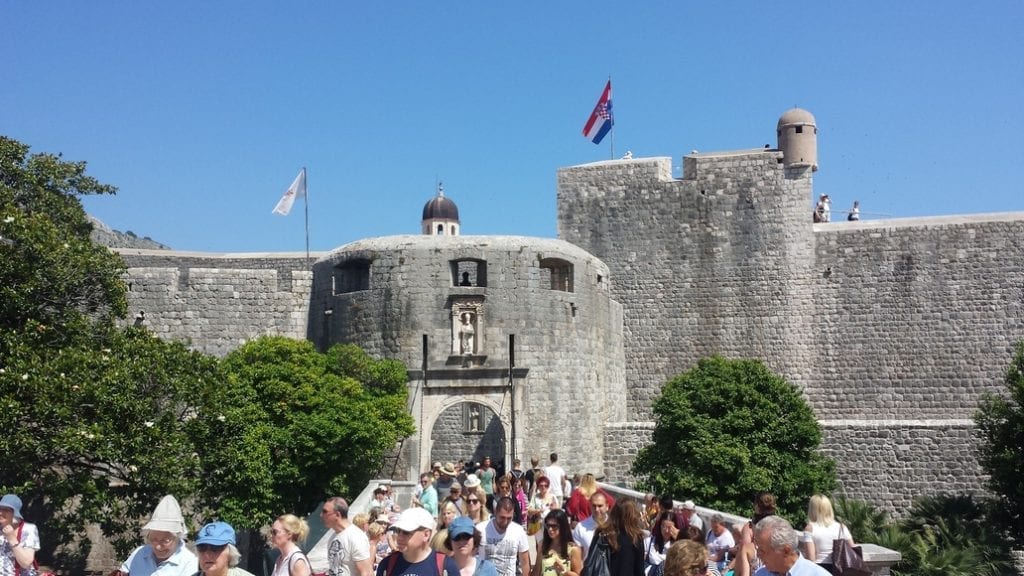 It wasn't long though, before I started noticing things. The huge cruise ships. The hordes of tourists. All this was to be expected of course (even though it was May and still not peak season). 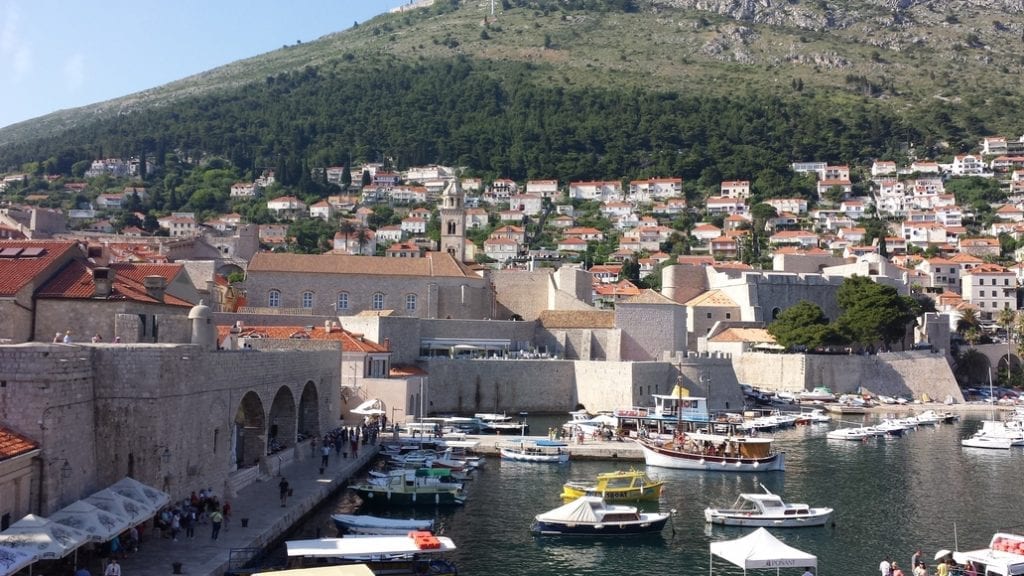 The more I wandered around, the more noticeable the absence of any local culture became.

Of course, the town has history stretching back hundreds of years. Of course, Dubrovnik suffered terribly in the 1990's conflict.

Yet, it seemed to lack a personality in some way. This was even reflected by the restaurants, that all served the same offerings of seafood, pasta or pizza. In fact, I was left wondering if typical Croatian cuisine is a Margherita Pizza! 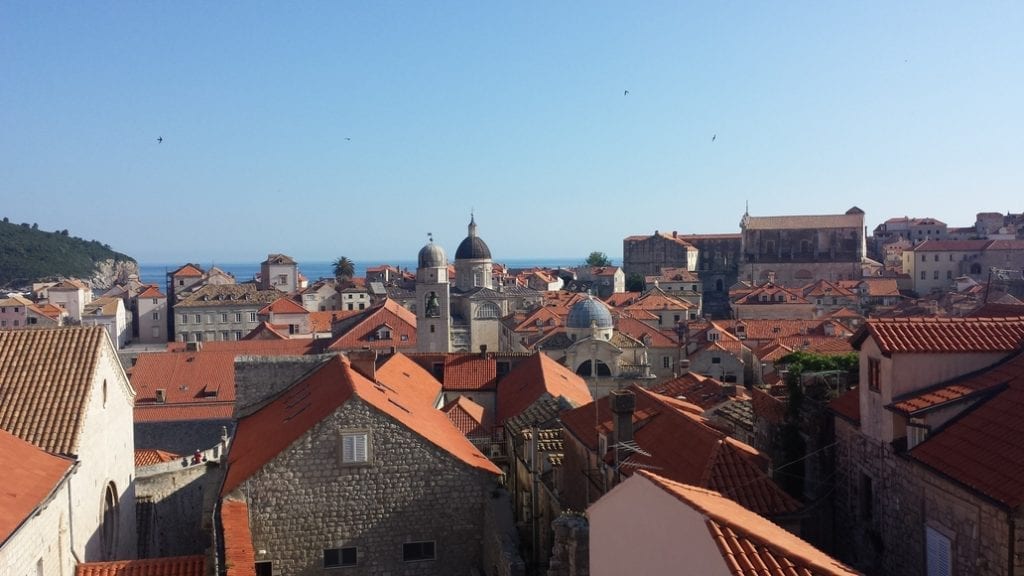 Let's also talk about prices. I am a budget traveller at heart for sure, (although that said, budget was not a major priority during this trip).

I also currently live in Greece, an EU country with one of the lowest costs of living. The prices for everything in Dubrovnik came as a bit of a shock to me then!

If you have just arrived form Northern Europe or the USA, perhaps 2 Euro for a small bottle of water in a restaurant sounds reasonable? To me, it definitely does not!

The really irritating thing with this, is that there is no competition – Everyone charges the same prices, because they know they can get away with it.

Accommodation and places to eat can really hit the budget. In my opinion, the following places offered the best value for money when staying in Dubrovnik.

Azur Restaurant – Offering an interesting take on Mediterranean food, with an Asian fusion of ingredients, it probably represents the best value for money in terms of restaurants in the old town.

Apartment Family Tokic – A one bedroom apartment located near the port in Dubrovnik, and just 50 metres away from the bus station. By being outside of the old town, the cost is drastically reduced. The kitchen is also useful for anyone who wants to prepare their own meals in order to save a few Euros. There is a supermarket 5 minutes walk away. Great value, costing around 40 euros per night. 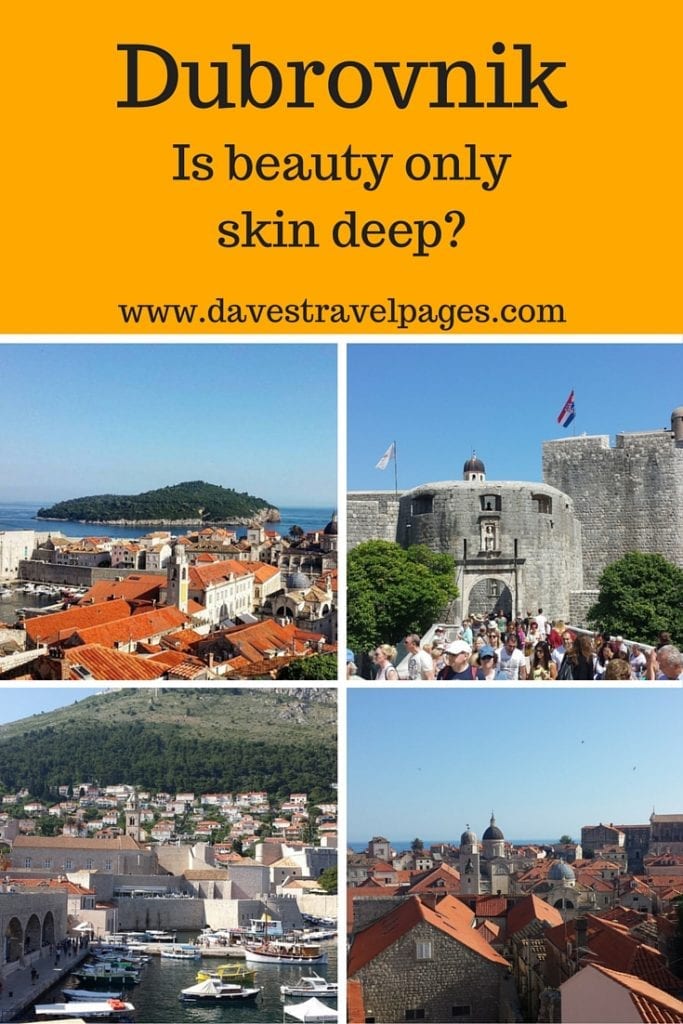 Don't come away from this article think that Dubrovnik totally sucks though, because it doesn't. Take a walk around the castle walls, and view the old town from unique angles, each one seeming to be better than the last.

Visit some of the churches and cathedrals to admire the interior artwork and decoration. If you are a Game of Thrones fans, you might also enjoy spotting which parts of Dubrovnik feature as King's Landing.

Just don't expect a unique cultural experience that will rock your world. It is more a place to be ticked off a wish-list, than one to soak up the local culture. Once visited, you are unlikely to want to return.

In conclusion then, Dubrovnik looked very pretty on the surface, but beauty is only skin deep, and this place had no soul. Does that sound harsh? Have you visited Dubrovnik, and if so do you agree or disagree? Please leave a comment below.

Planning a trip to Europe? You might find these other city guides to be useful: