The ancient Greek city of Nicopolis is located near Preveza on the western coast of Greece. Here's everything you need to know about visiting Nikopolis in Greece. 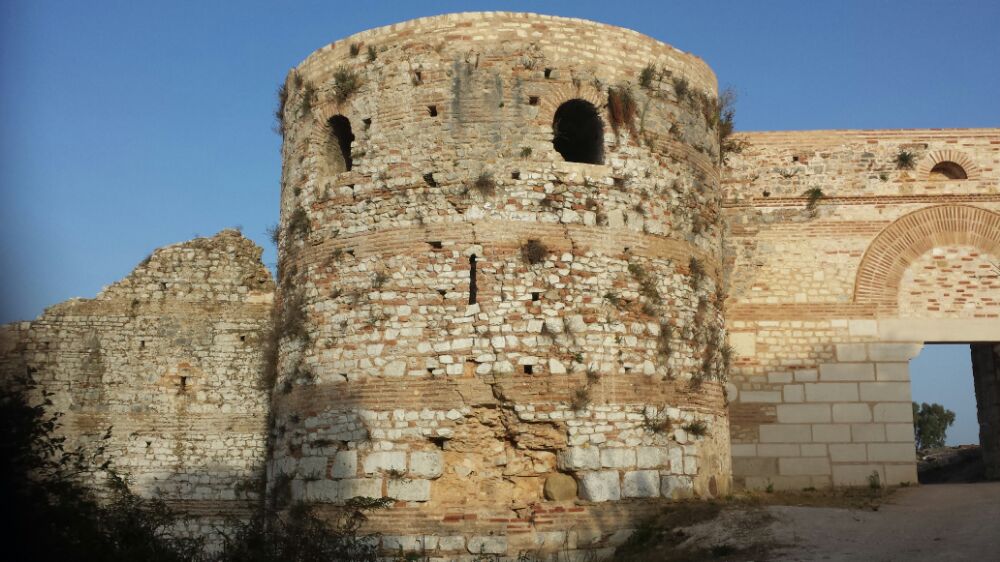 Nicopolis is probably the biggest archaeological site in Greece people have never heard of. OK, fair enough, SOME people have heard of Nicopolis, but not many.

Is this because it's really Roman in origin? Is it because it sits quite isolated on the west coast of Greece? Or is it because no-one can decide if they should spell it Nikopolis or Nicopolis? Regardless, let me introduce you to the ancient Greek city of Nicopolis.

Nicopolis is a massive archaeological site, located near the modern Greek city of Preveza. Unlike many ancient Greek sites, such as Delphi or Mycenae, its name does not appear in Greek myths and legends.

In fact, describing it as an ancient Greek site at all is perhaps a little misleading. The reason for this, is that Nicopolis was founded in 31BC by the Roman Octavian to commemorate his victory in the Battle of Actium against Antony and Cleopatra.

A Roman City in Greece

The name Nicopolis literally means ‘City of Victory', but it was far more than that. It was a symbol of a reunified Roman Empire, and was also perfectly positioned as a trade, communication, and transport hub between the Eastern and Western parts of the Mediterranean.

This was fine whilst the Roman Empire was all powerful. At the point that wandering gangs of Goths, Heruli, and other assorted tribes started sacking cities, its isolation was a little more apparent. 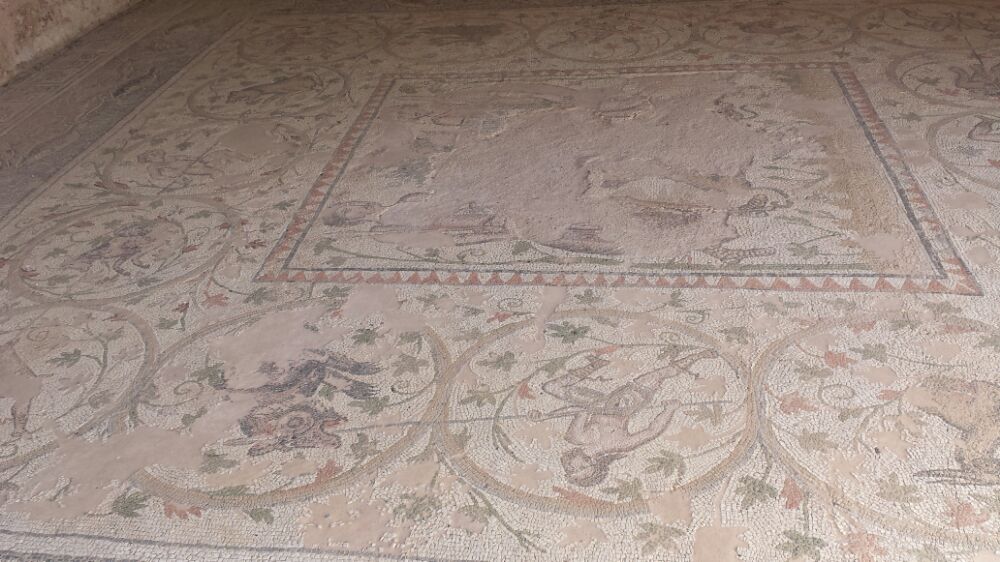 Still, Nicopolis was in use as a city through most of the Byzantine era. It was finally abandoned in the middle ages though, when Preveza rose in prominence. Even then, several battles took place in and around the ruins of Nicopolis over the centuries, the last one being in 1912. 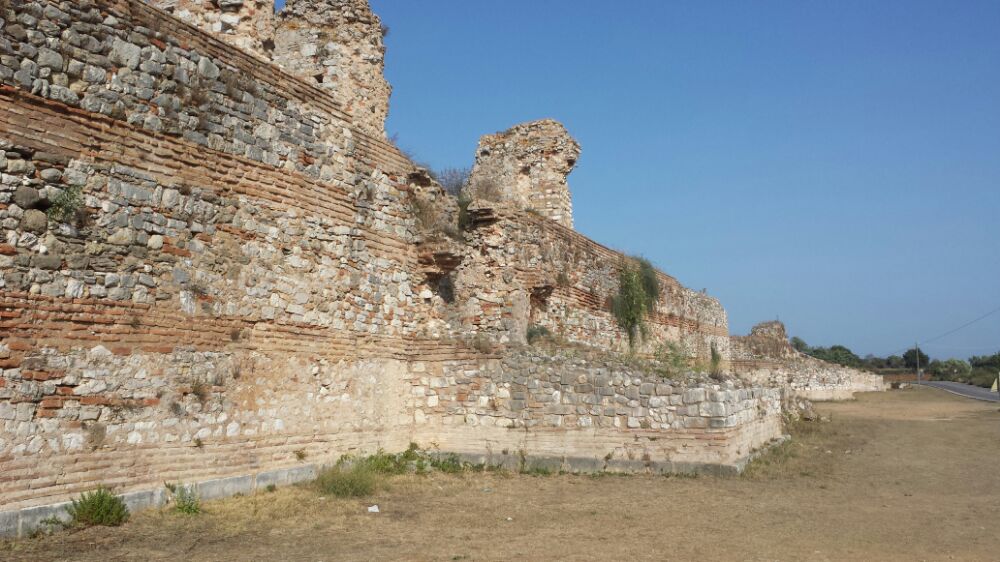 How to get around Nicopolis

Considering that Nicopolis has suffered earthquakes, war, and destruction, it is surprising that there is anything left at all!

There is a great deal to see there though, and the site is so vast, I recommend that you drive (or cycle) around it.

It takes at least a couple of hours to fully appreciate the remains of the walls, gates, basilicas, theatre, and stadium. 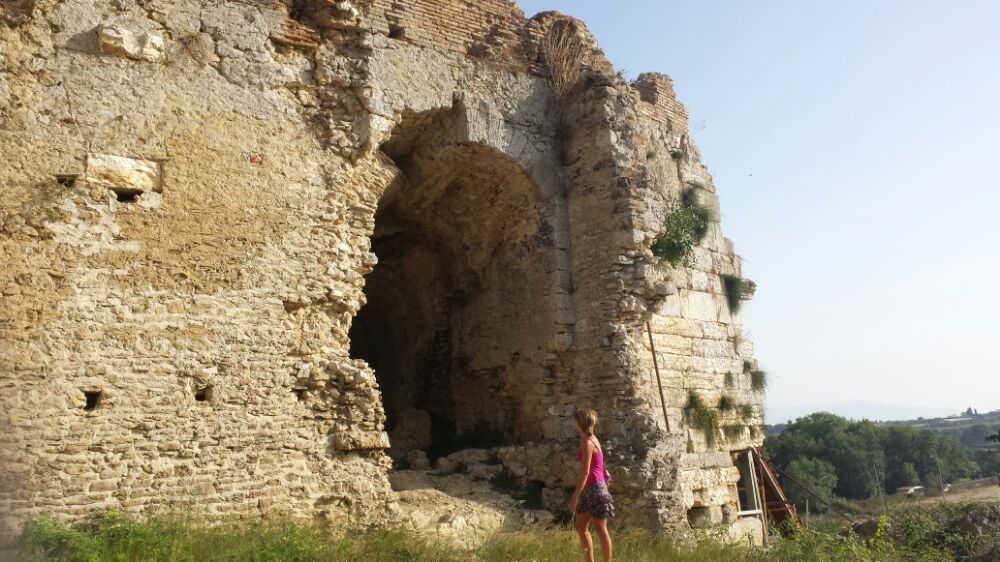 The entire archaeological complex of Nicopolis feels in a way like it is forgotten. We visited on a Saturday, and there were no attendants at any of the main sections around the site.

Excavation and restoration works are also ongoing, and whilst this does block access to some areas, lends an air of discovery. 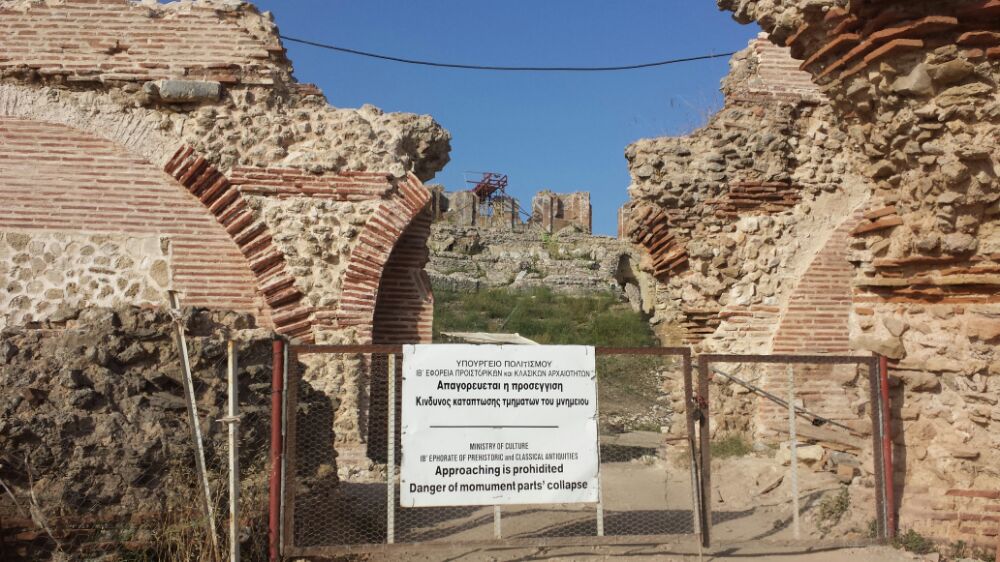 Nikopolis is not one of the most visited sites in Greece mainly due to its location. If you are on vacation in Lefkada though, it is less than an hour's drive away.

You could also stay the night in Preveza, an interesting town with a quaint historic centre. Preveza is also home to the archaeological museum of Nicopolis.

The Archaeological Museum of Nicopolis 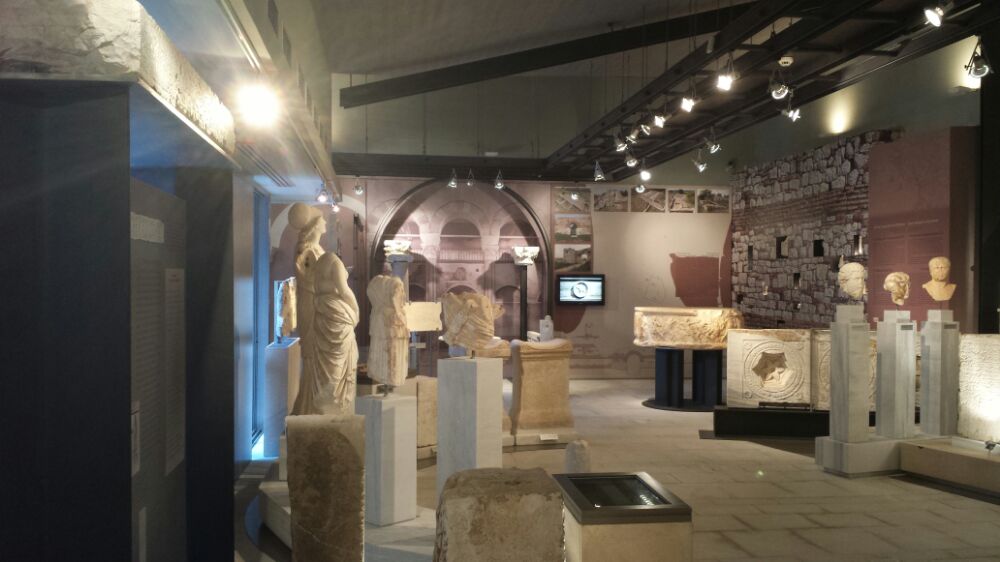 It's almost like I can't write a travel blog post these days without including a museum! I really should have called Dave's Travel Pages “Dave's Museum Pages” or something! Anyhow, the museum of Nicopolis – 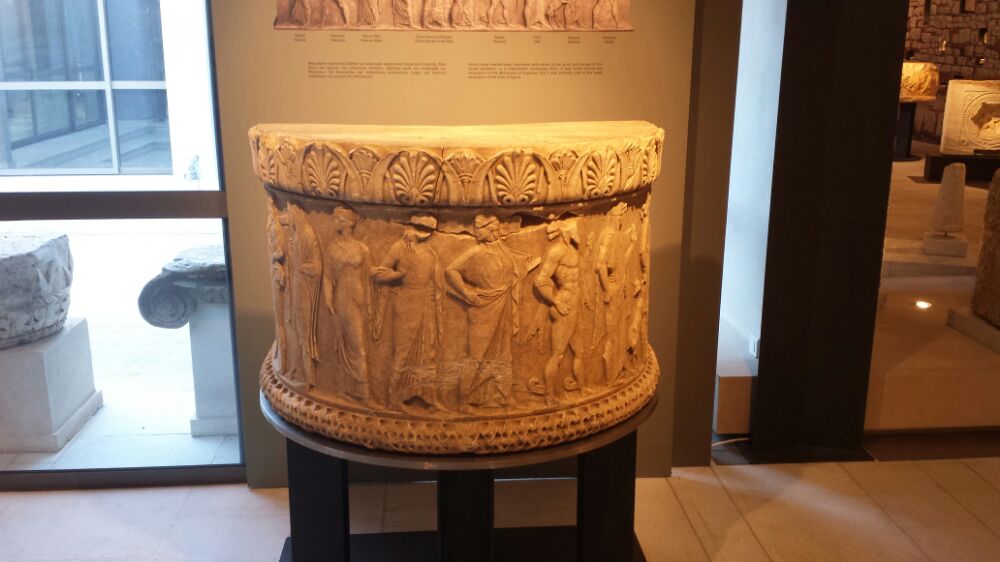 This is a modern, bright, well lit place. It has well laid out displays, and really does help to fill in the gaps on not just the history of Nicopolis, but this part of Greece.

It also looks like it doesn't get many visitors, which is a real shame.

After talking with someone who worked there, it seemed that some sort of funding had run out. A decision has been made to close the museum from October onwards. Note: Many smaller museums in less visited locations close down in the off season in Greece.

One can only hope that it will reopen again when there are more funds, or at the beginning of next year's tourist season. 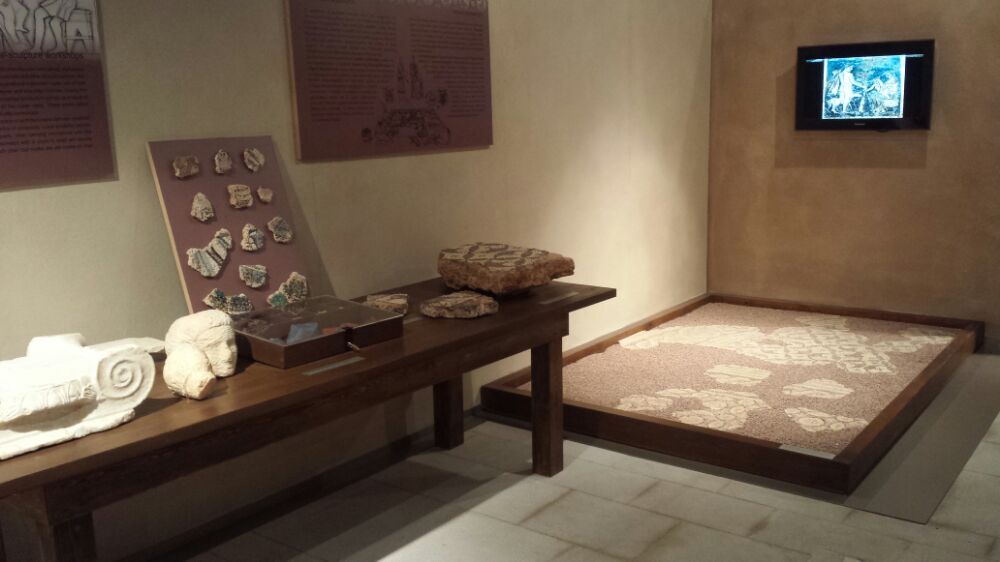 Have you been to Nicopolis, would like to go, or never heard of it before? I would love to read your comments below. 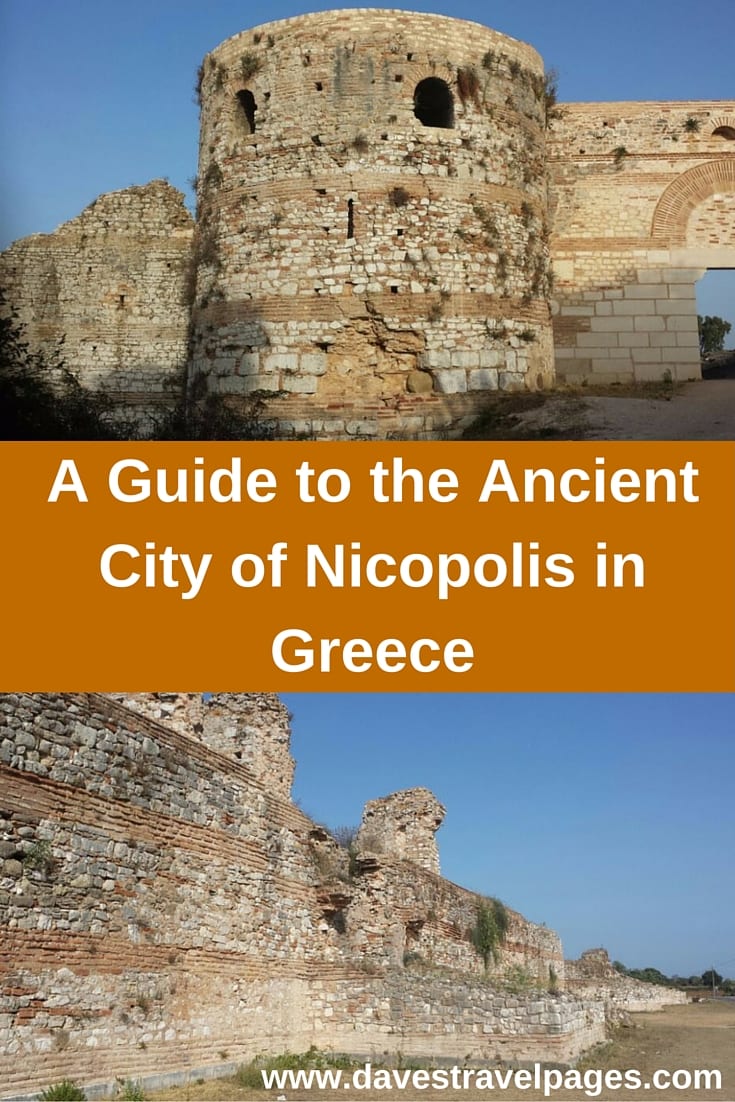