This would be my last day cycling in the USA. Today, I cycled over the border from Encinitas to Tijuana in Mexico – The next country on my bike tour across the Americas!

A recap of the previous night

So, somehow I had better write down what happened the previous evening, but it was such a whirlwind of activity, its hard to keep it in order.

The evening was great, and I got to meet an extended family of son, daughter, grandparents and next door neighbours. The table was buzzing with conversation, and it was one of those great extremes of a cycling trip like this, where you don’t really get to speak to anyone for a few days, and then you talk non-stop for hours.

— While I think about it, early evening on the Monday, John took me out to sample a few beers. And I got asked for my ID. Seriously!!

I asked why, and they said they ask for the ID of anyone who looks under the age of thirty. As I am thirty seven, I think this is a marvellous compliment. Although surely that is the last time I will be ever asked for my ID in relation to alcohol again.

Carmen, originally from Spain and one of the next door neighbours, was great. She was soon organising hotels for me to stay at in Tijuana and Encinada which she paid for, and gave me a list of contacts and numbers. It was extremely generous of her, and I am very grateful.

The whole evening was amazing, and I’d again like to thank John, Krissy and family for inviting me into their home, and Carmen for her time and generosity.

Better get to the cycling bit now!!! …

Crossing the border into Tijuana by bicycle 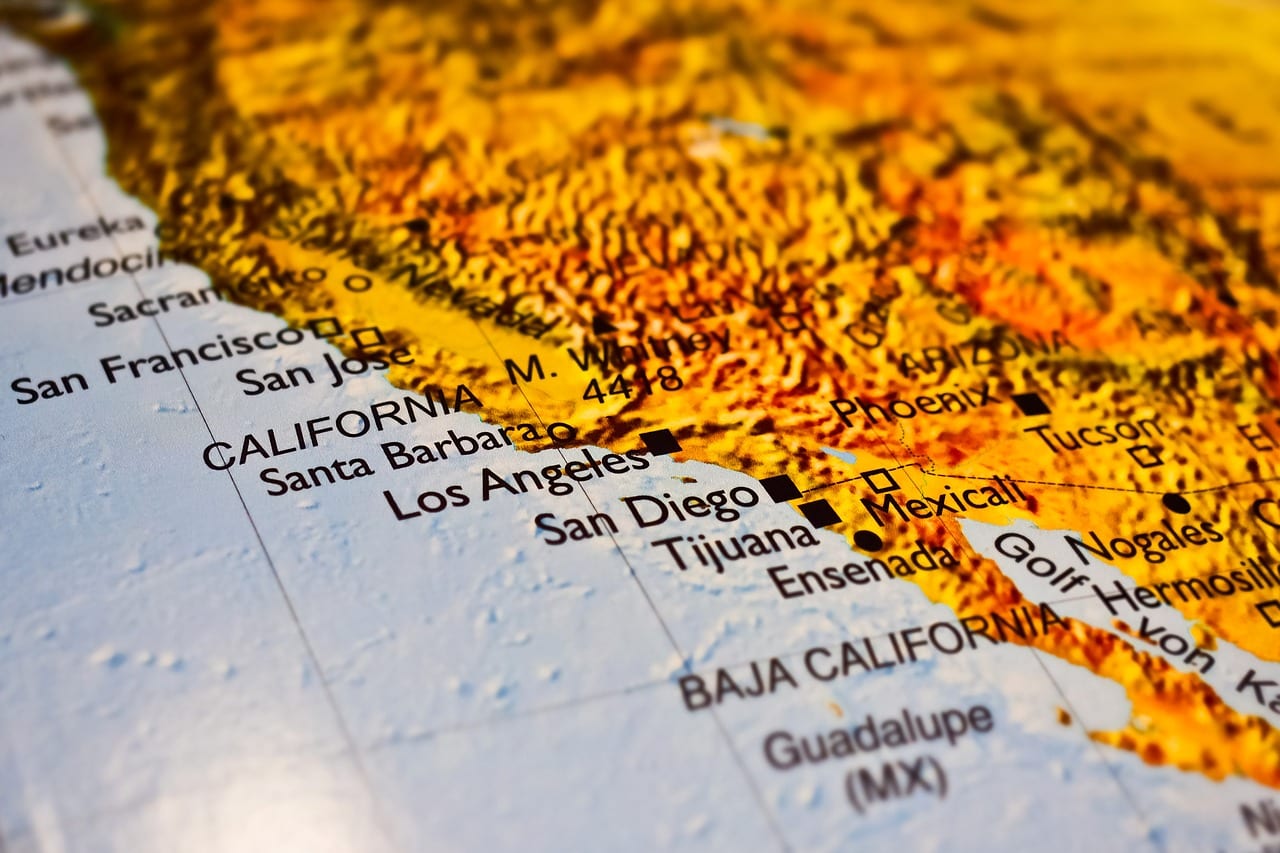 I’d also managed to work out the route to the border (thank you again google!) the night before, and it proved to be very accurate, although it took me longer what with hills, traffic lights and a puncture.

Getting the bike and Bob through the turnstyles was no small challenge, but I managed to get a guy on the other side to take the bike as I pushed it through, carrying Bob afterwards.

I met Ricardo there, one of Carmen's contacts, and he smoothly showed me the office I needed to get my visa and kept an eye on my bike.

Now I have to say, that a big deal was made of this border crossing, but even if Ricardo had not been there, it would have been straight forwards.

Getting my Mexican paperwork was easy (I am now valid for 180 days – Yay!). The only slight problem I am going to have, is that there was no American official to give my green tourist card back to.

I am sure that I can not be the only person this has happened too, and I’ll sort it out at some point in the future if I ever return to the USA. Anyway, I am now in Mexico !

Once through, Ricardo got his car, and I cycled behind him to the hotel which was quality – far more than I am used to or deserve!! At night I went out and got some Mexican Pesos and planned my route out of Tijuana.

Readers who want to travel between Encinitas and Tijuana in Mexico often as similar questions such as:

How far is Encinitas from the Mexican border?

The distance between Encinitas California and the border at Mexico is around 50 miles or 80 kilometers.

Is there a train from San Diego to Tijuana?

A tram will get you to San Ysidro Station. from here, there may be buses running to the border and then on to Tijuana, but this last leg of transportation may be temporarily suspended.

Can you still walk across the border to Tijuana?

PedEast is the main pedestrian crossing if you want to walk across the border. The entrance is located near the San Ysidro trolley station.

Can you do a day trip to Tijuana from San Diego?

Yes it is easy to make a day trips to Tijuana Mexico from San Diego. Thousands of people commute each way every day for work purposes, and the main border crossing is open 24/7.